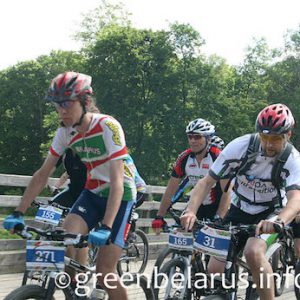 Velofreemarket is to be held in Minsk on July 27. The agenda provides exchanging bicycle items in the best traditions of freemarket: you can bring nothing, but take a couple of useful features for free. The organizers also promise practical workshops on bike repair and tuning, film screening, panel discussion and presentations from Minsk Cycling Society, Bike kitchen Garage 38, Critical Mass initiative, Falanster NGO and EcoTopia Bike Tour.

First Saturday bike event from IbikeMinsk project. On July 19, in the center of Minsk, a bike event under the project I-bike-Minsk took place, organised by a network of petrol stations A-100, Minsk Cycling Society, with the support of Green Alliance. The participants had an opportunity to demonstrate their ability in figure riding, send a postcard to friends, recalling the need for protecting the climate, as well as to rent a bike for "Thanks".

Cycling race Susedzі attended by about 700 participants. On July 19, a traditional amateur cycling race Susedzі 2014/ Neighbors took place at the August channel near Hrodna. This year the event was really a breakthrough both in the number of participants and volunteers. The youngest participant was 5 years old and the oldest 71. In total 693 people attended.

Homel activists open a public hotline on local issues. The campaign New Homel launched a hotline for Homel residents who have concerns regarding conditions of their houses, yards, etc. New Homel became a logical transition from the campaign Novobelitsa implemented by a group of activists headed by Galina Kravchenko.

The campaign Novobelitsa achieved 20 victories in the city for eight months like installing new playgrounds, bicycle parking, etc. and that inspired activists to expand their activity for the whole city.

Donations collected by the MaeSens project have exceeded 3 billion rubles (about $300,000). MaeSens project is a social Internet platform, launched in October 2011. The main goal is raising funds for charity through charity auction meetings.

Trip to Kiev for ideas. On July 21-24, in Kіev, a group of Belarusian activists and journalists participated in the information trip titled U Kraine Ideiau/In the Country of Ideas, organised by Belarus Watch. Participants had the opportunity to meet with leading organisations of today's Ukraine such as Public sector of Euromaidan, coalition 'Resuscitation reform package', Internet project Hromadske TV, Internews Ukraine, Centre UA. All meetings were broadcasted online.

Round table discussion entitled 'The relevance of lustration in the contemporary post-Soviet space' was held on July 18 by the public initiative 'Lustration for Belarus'. The range of issues for discussion included studying the Ukrainian experience, as well as examples of lustration in other post-Soviet countries, and possible options for the development of the Concept of Lustration in Belarus. The organisers came to the conclusion that Belarusian society must be prepared for the process of lustration in advance and invited those present to work together.

European Intercultural Festival: contests. The European Intercultural Festival goes on to invite to participate in its contests, namely in European Belarus movie contest, children's drawing contest My Europe, essay contest My Favorite City in Belarus. The Festival is organised for the second time and to be held in Minsk on September 3-13, 2014 on the initiative of the Office for a Democratic Belarus, the Office for European Expertise and Communication and Fond of Ideas. The works for the contests should be submitted by August 30.

Presentation of Ales Bialiatski's book. The Quicksilver of Life is the first book by Chairman of the Human Rights Center Viasna, Ales Bialiatski, which was presented in Minsk on July 22 with the participation of the author. The former political prisoner was released a month ago, on June 21, when the book was already printed. The book consists of a series of essays, or rather, letters from Ales Bialiatski, which he sent to his colleagues during his detention in Babruisk colony.

Makei in Brussels. The Minister of Foreign Affairs of Belarus Vladimir Makei took part in the Eastern Partnership Ministerial Meeting, which was held in Brussels on July 22, 2014. Vladimir Makei met with top officials of the European External Action Service and the European Commission as well as ministers of foreign Affairs of the EU Member States and the EaP Partner Countries.

Belarus and Lithuania foster dynamic cooperation (video). The corresponding assessment was made by the PM Mikhail Myasnikovich at his meeting with the Lithuanian Foreign Minister. The latter is also persuaded that good neighborly relations should be developed. Foreign Minister of Lithuania Linas Linkevicius pays a working visit to Belarus on July 24-25. Belarus-Lithuania relations, cooperation between Belarus and the European Union are on the agenda.

USA reduces costs of visas for Belarusians on parity terms. After consultations between the Belarusian Foreign Ministry and the American side as of June 1, 2014 the universal consular fee for reviewing applications for issuing Belarusian visas of all kinds to USA citizens was set at $160. The U.S. reduced the cost of visas for Belarusians on parity terms and will now levy a similar consular fee of $160 for issuing a number of kinds of multiple-entry visas with the validity period of 12 months. 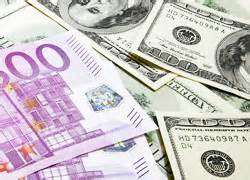 For the first time over the last six months, in June Belarus saw an increase in its foreign exchange reserves.

This growth was due to the issuance of a bridge loan by Russian VTB Bank.

At the same time, the overall amount of foreign exchange reserves remains relatively low, a problem which has been influenced by an increase in foreign debt repayments this year.

In order to maintain a high level of profitability on ruble deposits versus those done in a foreign currency, the National Bank did not change the refinancing rate in June 2014.

Accelerated price growth in May made it impossible to utilise this monetary instrument then. In July, the refinancing rate dropped 1 percent point.

In late June, the President signed a decree which aims to regulate the activity of microfinancing institutions. According to the document, these companies will be limited to giving loans to the general population strictly for consumer purposes.

In 2013 and at the beginning of 2014, Belarus’ foreign-exchange reserves gradually declined. In 2013-2014 repayments on external debts increased significantly. This year, for example, external debt servicing will cost Belarus more than $3bn .

Ensuring positive dynamics continue with a nation’s foreign reserves is quite difficult in the context of a pervasive negative trade balance in goods and an absence of a significant inflow of foreign direct investment on a net basis. Both of these factors have, naturally, negatively influenced state reserves.

At the same time, in June 2014, the country’s international reserve assets increased by more than $1bn and now totals $6.43bn. A bridge loan from Russian VTB Bank to the Belarusian government for $2bn to replenish its foreign exchange reserves is the main culprit behind this sudden increase. Foreign currency bonds issued by the Ministry of Finance also provided a positive impact on the growth of its reserves.

The government and the National Bank have been carrying out a number of projects aimed at maintaining their foreign currency reserves at a more or less stable level through utilising both internal and external sources.

Over the first five months $315.6m was drawn from foreign markets. Taking into account the credit received from Russian VTB Bank in June, from the beginning of the year external borrowing increased by more than $2.3bn.

In 2013, external borrowing reached a total to $2.4bn, just slightly more than what Belarus has acquired in under 6 months in 2014.

Still, Belarus is struggling to augment its international exchange reserves. According to all the available data, at the end of June Belarus had about 2 months worth of reserves to cover its imports (or at least a minimum of 3 months).

In the long term, the volume of the country’s reserves can contribute to attracting more foreign direct investment, including funds received from privatisation.

The National Bank maintained its June 2014 refinancing rate throughout the month of July. This decision made as a result of accelerated inflation rates in June. Prices for consumer goods and services have already increased by more than 10 per cent over the past six months.

Growing prices in January-June 2014 imply an unconditional excising of the projected inflation figures for the end of the year. Taking into account actual price movements, the National Bank announced that by the end of the year the refinancing rate may drop as far as 18-20 per cent.

This forecast built on the assumption that there will be hikes in consumer prices of about 16-17 per cent in 2014.

The refinancing rate affects the dynamics of other rates in the banking sector. By reducing the value of this rate, it helps to bring down the costs of personal loans for bad credit and, therefore, the cost of ruble deposits.

A rapid decline of interest rates on deposits in Belarusian rubles, when compared to price dynamics, in reality means there will be a reduction in their overall profitability. This situation may lead to a decrease in ruble deposits, which may negatively impact the banking system.

In this regard, the National Bank gradually has been reducing the refinancing rate, taking into account a policy of maintaining higher returns on ruble deposits than those done in foreign currencies. Staying true to their strategy, in July the refinancing rate decreased to 20.5 per cent due to reduced inflation in May.

In late June, Lukashenka signed Decree № 325, which restricted the kinds of activities that microfinance institutions were able to take part in.

According to the document, beginning next year Belarusians will be able to get loans only to satisfy their consumer needs in what are the equivalent of pawnshops in Belarus.

The decree was apparently designed to streamline and improve the performance of microfinance institutions. Previously, however, there were no special regulations governing the activities of financial institutions that were not banks. As a result of this loophole, many “get cash before you get your salary” shops popped up all over the country.

For these kinds of fast cash shops a passport is enough to put some money in your pocket. However, as is all to common elsewhere, the actual expense of borrowing money from these kinds of institutions usually far exceeds the cost of a bank loan for a similar amount. In some cases, the repayment rate, through various tricks and schemes, could be as high as 1,000 per cent per year.

Furthermore, in Belarus the state guarantees 100 per cent refund on all bank deposits regardless of if there were made in a foreign or national currency.

Such changes will stimulate the development of more organised financial market and reduce risks for the general public.