On the other hand, criminal investigation proceedings... 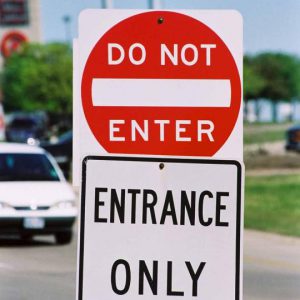 On the other hand, criminal investigation proceedings are now under way against two other participants of the December protests, including a prominent opposition figure. Instead of closing two leading opposition newspapers, Nasha Niva and Narodnaya Volya, Belarusian courts imposed fines against them.

Lukashenka grants pardon to nine Ploscha protesters. On August 11 Alexander Lukashenka signed a decree to pardon nine people convicted on the mass riot case of the Ploscha events on December 19.Among them are Dzmitry Drozd, Artsyom Hrybkow, Syarhey Kazakow,  Yawhen Sakret, Uladzimir Yaromenak.  Uladzimir Khamichenka was also released. He is widely believed to have been planted among protesters to provoke them into smashing windows in the House of Government during the December 19 demonstration in Minsk.

Two additional Ploscha participants may face prison terms. The case of a new defendant Svyatoslav Baranovich has been directed to the court. Baranovich, a participant of Ploscha events, is charged under Article 293-2 of Criminal Code (participation in mass riot), provided from 3 to 8 years of imprisonment. Criminal investigation on the case of UCP leader Anatoly Lebedko has been reinstated. Lebedko is suspected on criminal case on the Ploscha events on December-19, 2010.

In total, 43 people were convicted under articles of the Criminal Code for organization or participation in the Ploscha events on December-19. 30 of them got various prison terms (from 2 to 6 years), including three ex-presidential candidates: Andrey Sannikov (5 years), Nikolay Statkevich (6 years), Dmitriy Us (5.5 years).

Ales Bialiatsky, Head of Human Rights Centre Viasna, is in custody in Minsk since 5 August 2011. He is suspected under article 243-2 of the Criminal Code (tax evasion on a large scale). Within 10 days he must either be indicted or released. Belarusian authorities accuse Ales Bialiatsky of evading to pay taxes on Br 143.7 million (approx. $28 700) which were channeled through his personal bank account.  Human rights defenders and civil society activists began a campaign to collect pledges for the release of Ales Byalyatsky. On August 10 well-known Iranian human rights activist and lawyer Shirin Ebadi, awarded Nobel Peace Prize in 2003, joined the campaign.

Participants of the action at "Bruzgi" border crossing are to pay more than Br 4.3 million. 32 participants of protest at the border crossing in Bruzgi were ordered to pay Br 4 277 000 334 ($855) on the suit of Grodno Department of Internal Affairs (police) and Br 52 000 443 ($10) – on the suit of urban customs. These are the results of the trial which ended on 5 August in the Leninsky district court of Hrodna. The trial was held behind closed doors.

Punishment for a message in Vkontakte. On 8 August Gomel court sentenced 36-year Dmitry Shevchenko to 3 days of administrative arrest under Article 23.34 (violation of order of conducting mass events). The reason for the punishment was a message in the social network "VKontakte" where Shevchenko urged citizens to gather for an unauthorized action on Gomel central square.

Narodnaya Volya was fined of Br 14 million. Edition of Narodnaya Voly should pay Br 14 million ($ 2 800). It was decision of the Supreme Economic Court on August 8. The fine was imposed because, according to the Ministry of Information, the date was improperly put on the front page of the newspaper. Edition is not going to appeal because they do not believe in the independence of the Belarusian court.

A Week of Non-formal Education-2011. On September 24-October 2, 2011 in Belarus a Week of Non-formal Education will be held. Organizers of the 6th NFE Week put on the agenda the issue of availability of non-formal education in Belarusian regions. The organizing committee consists of the following organizations: the State Institution BelTUF, commercial training Center "Square Orange", the Association of Long-Life Education (ADOP) Representation of Association "Deutscher Volkshochschul-Verband"(Germany).

4th Congress of the new Belarusian Diaspora. The Belarusian NGO "Third Way", the Estonian NGO «Valgevene Uus Tee" invite active Belarusians from around the world to participate in the socio-cultural marathon "Bridges of Solidarity with Belarus in Nordic region". The event will be held on September 14-18, 2011 in Tallinn (Estonia). During the marathon, participants will get acquainted with projects of new generation of the Belarusian Diaspora in the region, meet with prominent politicians and experts. 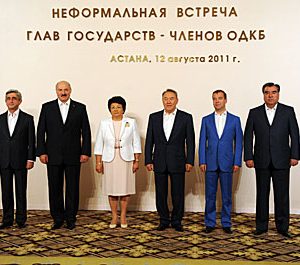 Six out of seven member states attended an unofficial summit meeting of the Collective Security Treaty Organization (CSTO) in Astana, Kazakhstan, on August 12-13.  Isolated from the West and in the midst of an economic crisis, Belarus was one of the most enthusiastic summit participants. CSTO chair this year, Belarusian president used the floor as to draw attention to his immediate concerns: social unrest and the power of internet.

While other CSTO members were also concerned about violence in Afghanistan and US troop withdrawal plans, Alyaksandr Lukashenka brought the situation in North Africa and the Middle East into focus. Even though Tunis, Libya, Syria, Bahrain, Egypt and Yemen are far from Belarus and far beyond the CSTO immediate sphere of interests, the protests in those countries hit close to home, and he stressed that an adequate CSTO response to anti-government protests is necessary.

The Belarusian leader believes social inequality, corruption, and political conflicts rather than political repression and authoritarianism as the primary sources of protests. The Belarusian side also  thinks that outside tinkering has played a role. Drawing lessons from the protesters’ use of internet and social networks (the case even in Belarus) Lukashenka called on CSTO members to strengthen their capabilities in cyber warfare and internet surveillance.

Today Lukashenka seems the most enthusiastic CSTO advocate. He is actively campaigning for increasing in the role of the CSTO and strengthening the Collective Rapid Response Forces. CSTO is the only military block in which the isolated Belarus takes part, and as a result the country takes its responsibilities with utmost seriousness. As Lukashenka noted, Belarus “does not have a single CSTO document that is still not ratified”.

In contrast to Uzbekistan, whose President Islam Karimov didn’t attend the summit as he was busy flirting with NATO and disappointed with CSTO, Belarus not only played a leadership role at the summit, but has devoted the front pages  of its official newspapers and web sites to the meeting. Gone are the times when Minsk would take liberties and boycott CSTO meetings (as happened in 2009 after Russia's ban on Belarus’ dairy products). Today CSTO is the only forum where Belarus is still welcome.

The organization’s focus is on Central Asia, but Belarus fits right in, at least as far as the regimes of member states are concerned: in 2011 out of the seven CSTO members only Kyrgyzstan and Armenia were classified as “partly free” while the rest were considered “not free” by the Freedom House. All of CSTO members are also leaning toward Russia; not surprisingly, some Western analysts suggest CSTO could become an anti-NATO alliance.

Convenient for Belarus, CSTO has a right to offer expedient aid to member states, which includes sending “peacekeepers” to member-states territories in cases of anti-governmental protests. It can only do so when officially asked for help, which takes care of the situations in which such “help” could be unwelcome. Belarus’ position on such interventions became clear last year when Lukashenka appealed for intervention in Kyrgyzstan to restore Kurmanbek Bakiyev to power.

Interestingly, among the priorities proposed by Belarus at the nonofficial summit was creating a legal framework for drafting a list of personae non gratae on the territories of CSTO countries. Denying visas to US and EU officials as well as international human rights advocates on a unilateral basis is clearly not enough for Belarus.

Belarus’ activism in CSTO is also useful for Russia. Busy taking to the West and preparing for presidential elections, Moscow can safely leave CSTO diplomacy to beleaguered Minsk and avoid potential accusations of imperialism.