At the end of October the Office for Democratic Belarus (ODB) published the results of a public opinion poll entitled “Belarus and Eastern Partnership: National and European Values”. It shows that the attitude of Belarusians toward EU year by year... 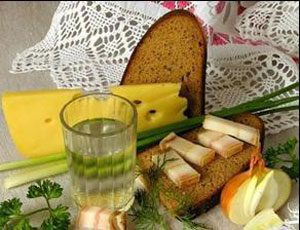 At the end of October the Office for Democratic Belarus (ODB) published the results of a public opinion poll entitled “Belarus and Eastern Partnership: National and European Values”. It shows that the attitude of Belarusians toward EU year by year is becoming more positive.

Contradicting a similar poll the same survey team conducted in December 2008, knowledge about EU structures and policies increased markedly among Belarusians. Despite anti-EU state propaganda on official TV, positive public perceptions of the EU has increased from 40% in 2008 to 55% in 2013.

The representative sample of 1,000 respondents was multi-staged, stratified, and entailed a random selection from the population aged 18+ (urban and rural) by nationality, sex, region, age and education. The Office for a Democratic Belarus (ODB) commissioned the survey. The Centre for Political Research at the Belarus State University carried out the field work.

The survey reflects the difference in values that Belarusians associate with the EU and their country. They associate EU with a ‘liberal democracy model’, while perceive Belarus as adhering to a ‘socialist democracy model’.

Belarusians do not see the EU as a strategic partner of Belarus, rather the Eurasian Customs Union (ECU) occupies this place.  The ECU’s characteristics are similar to those associated with Belarus, and appear as a more natural association for Belarusians.  A majority of respondents (84%) believes that Belarus share common values with ECU and see the ECU as more relevant in addressing the country's immediate economic and energy security concerns.

When compared to 2008, the level of awareness about the EU increased markedly. Despite the “cold war” between Belarus and EU, positive public perceptions of the EU has increased from 40% in 2008 to 55% in 2013. Furthermore for the first time, the respondents substantiate the EU’s reasons to engage with Belarus as identity-based (‘We are a part of Europe’) rather than the result of a geographic strategy. 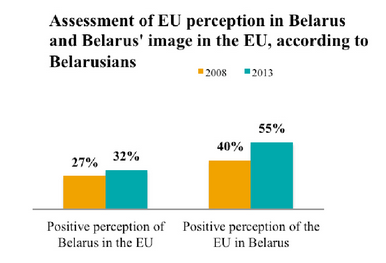 Considering very limited presence of EU institutions in Belarus, and very small number of opportunities to inform Belarusians about European initiatives towards Belarus in media, the results of the poll looks more than surprising.

Commenting on the results of the research on tut.by-TV talk-show “Amplituda” principal researcher, professor Elena Korosteleva, emphasized the importance to consider the survey in the context of previous studies. In comparison to 2008, the geopolitical preferences of Belarusians have changed. According to the researcher the pro-Russian orientation no loner looks baldly obvious while pro-European orientation increased.

Moreover, the number of people apprising Eastern Partnership as based on common interests and mutual confidence increased by 10%. That confirms the tendency visible from the poll that year-by-year an increasing number of Belarusians are thinking that their interests coincide with the interests of the EU.

Several reasons may explain why the attitude of Belarusians toward EU has improved. First, the attitude toward EU seems to correlate with the level of mobility of Belarusians.  According to the survey Belarusian citizens more often visit EU countries. The number of respondents who traveled abroad perhaps twice in their life increased by 5% while the number of respondents who have never travelled abroad decreased by 20%.

Second, the economic crisis influenced perceptions of the EU. According to Alena Artsiomenka from the Belarusian Institute for Strategic Studies, recent surveys show that the interest toward EU increases when the economic situation in Belarus becomes worse and society feels the need for the reform.

The research shows that for Belarusians the European Union symbolises the liberal values of a market economy (48%), democracy (43%), economic prosperity (41%), human rights (31%), and freedoms/self-realisation (27%). Conversely, people associate Belarus with peace and stability (50%), respect for cultures (34%), tolerance (33%), security (32%), and respect for religions (28%).

Discrepancies in values seems to be evident. The EU firmly comes with associations of a ‘liberal democracy model’, while Belarus is perceived as adhering to a ‘socialist democracy model’.

The ECU’s characteristics seem similar to those associated with Belarus. 84% of respondents believe that Belarus share common values with ECU. Therefore, Belarusians find it more natural to associate with it.

The researchers believe that normative underpinnings of public behaviour remain firmly rooted in cultural traditions and the historical legacies of the past.

But, commenting the results of the survey Director of the Centre for European transformation Andrei Yagorau claimed that Belarusians are very realistically assessing the EU and clearly understand the possibilities of European countries.

On the other hand the attitude toward the ECU appears less pragmatic and people do not really understand this new formation. Associating with ECU such values as peace and stability, people are simply reacting to official rhetoric and propaganda. State media portrays the ECU as a defensive union which protects the traditional values of Belarusian society.

The survey showed that Belarusians' reflections became more cautious and critical in comparison to 2008. Belarusians view Russia as an important actor for the nation's energy security as well as trade. The European Union appears stronger in promoting effective governance and specific sector cooperation. In the long run, the increasingly positive perception of the European Union has become obvious with the eastern geopolitical orientation playing a less prominent role. 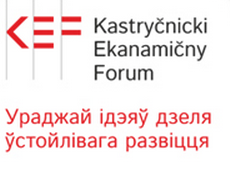 On 5 November experts on the Belarusian economy and government officials will take a closer look at the challenges the Belarusian economy faces at the October Economic Forum (KEF) in Minsk. Hotel Europa will host a one day conference 'New Opportunities or Old Challenges? Scenarios for the Economy of Belarus.'

Deputy Minister of Economy Dzmitry Holukhau will open the event which will include speakers such as Pavel Daneyko from the Institute for Privatisation and Management, Marek Dąbrowski from CASE Warsaw and the academic director of the Belarusian Institute for Strategic Studies Aleksei Pikulik.

KEF is an abbreviation for Kastryčnicki Ekanamičny Forum, which in English means October Economic Forum. October is a month when many countries traditionally celebrate a harvest festival – and it is for this reason that the organizers decided to do something similar: they want to gather the most interesting ideas on the economy in Belarus that have accumulated over the past year.

Participants will ask questions through the news portal tut.by and Belarus Digest will broadcast the conference live. Belarus Digest interviewed Alexander Chubrik, director of the IPM Research Centre, about the idea of the Kastryčnicki Ekanamičny Forum and its first conference in Minsk.

IPM Research Centre is an independent think tank which since 1999 works on economic and social research. BEROC is another Minsk-based think thank which conducts academic and applied research and arranges educational programmes on modern economics and outreach activities. THe Centre for Social and Economic Research – Belarus (CASE-Belarus) – is a Warsaw-based economic think tank working on the development of a market economy and civil society in Belarus.

These think tanks want to not only organise the conference with its focus on Belarus, but also show that there is much more in Belarus than the label of the last dictatorship in Europe. The approach of the organisers of the Forum is twofold: discussion of internal economic problems, but in the wider regional and global context.

Alexander Chubrik, director of the IPM Research Centre, told Belarus Digest that the organisers want to present Belarus to the world and the world to discussions about Belarusian economy. The organisers believe that their event can address the most pressing economic problems: “Certainly, the event will not give any ready prescriptions to all economic challenges, but it rather proposes a thorough diagnosis of the current economic situation of Belarus through involvement of various experts,” Chubrik said.

The organisers make the whole event as open and available for potential viewers as possible. In addition to establishing a platform for discussing the economy, they hope to familiarise ordinary Belarusians with current economic problems and their roots.

Chubrik points out the idea of the KEF to make conditions for a professional dialogue open to the public – those people interested in the issues raised will have a chance to address questions to the experts though the news portal tut.by. Belarus Digest will also hosting a live stream of the conference.

The involvement of high level experts on the economy, including economic policymakers, combined with the openness of discussion for ordinary Belarusians via the Internet has rarely been practicised in the past.

The first section of the Forum will look at trends on markets of the main trade partners of Belarus. After the currency crisis of 2011, an increase in exports briefly became the "engine" of Belarusian economic growth. But shortly thereafter the cost advantages that Belarus received after the 2011 devaluation and falling wages disappeared. The situation on foreign markets also worsened: its main trading partners do not have good relations with Belarus or are themselves in recession. The economic effects of integration initiatives, which involve Belarus, remain controversial.

The second section will look at the limitations of and opportunities present in the current Belarusian socio-economic model. Belarus has exhausted the usual sources of economic growth – evidence for which can be found in a number of recent studies. But stagnation, which characterises the current state of the economy, and slow economic growth, is creating additional problems: Belarusian business now faces a lack of qualified personnel, and without an increase in productivity and wages in the country, its labor market problems will be exacerbated and migration will only increase.

After the currency crisis of 2011, inflation and devaluation expectations have improved significantly, which not only reduces the effectiveness of Belarus' monetary policy, but also makes the money market particularly vulnerable to internal and external shocks. These challenges require decisive action, which cannot but affect the welfare of ordinary Belarusians.

This poses additional challenges to social policy – to support the most vulnerable groups and to develop mechanisms of social integration for those who lose their jobs as a result of changes in economic policy. These issues and challenges for social and economic policies will be considered in the work section.

The third section will look at the opportunities and limitations of regional development in Belarus. The panel will discuss the competitive advantages and weaknesses of the Belarusian regions, and possible directions for reform that would fully unleash the potential of each and maximize the potential to mitigate any negative impact at the regional level. The most important topics include the restructuring of public enterprises and the tightening of macroeconomic policies.

The Forum will also address the current tendencies of the global economy and also discuss those reforms which Belarus missed out on which its neighbours already completed back the 1990s.