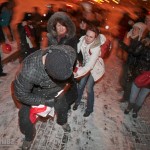 On Sunday the police has violently stopped a peaceful demonstration by the... 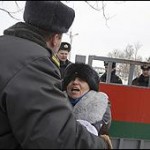 Tensions between Belarus and Poland rise as Belarus police arrested about 40 members of a Polish ethnic group. This is a continuation of increased pressure put against the Union of Poles in Belarus.

The Union is uncontrolled and unrecognized by the Belarusian authorities and competes with a pro-government organization of Poles. The Financial Times today devoted an article to the conflict:

Belarus, a country of about 10m, has a Polish minority of about 400,000, a remnant from pre-war times when western Belarus was a part of Poland. The Union of Poles in Belarus became the country’s largest nongovernment organisation after most opposition groups were driven underground by Mr Lukashenko, prompting the government to form a pro-regime Polish organisation in 2005 which took over the assets of the independent group.

Mr Lukashenko’s government was pushed to warm ties with Europe when his Russian allies tired of propping him up through cheap oil and gas and began to demand world prices for energy. Belarus’s ramshackle economy needed investment and new markets to survive, and Mr Lukashenko released all of his political prisoners in 2008 as a way of improving relations with the west.

Read more in Financial Times and at bbc.co.uk.