In the first half of 2014 a gradual reduction of Belarus' foreign currency reserves occurred... 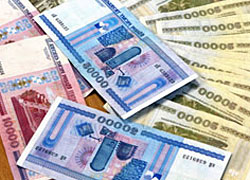 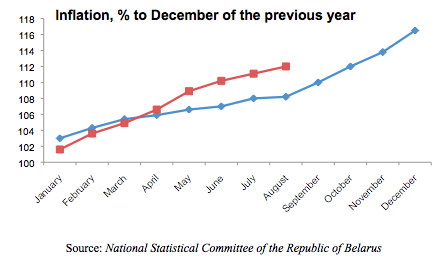 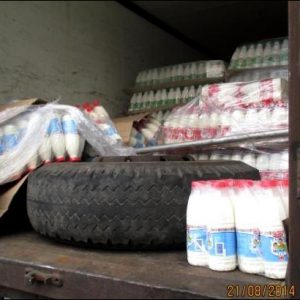 On 19 September Russian Agricultural Control announced that Russia can restrict the imports of fish and dairy from a number of Belarusian companies. These companies allegedly violate the sanctions regime by re-exporting EU products under fake labels.

Since the very imposition of sanctions, Russia has constantly charged Belarus with cheating. Belarusian officials have denied the accusations or blamed incidents on technical mishaps.

For Belarusian food producers, Russia's ban on Western food imports has become an opportunity to cash in, and they have been willing to take risks in order to earn money.

A Klondike for Belarusian Food Producers

On 6 August Russia imposed a ban on the import of food products from the Western countries that had previously supported sanctions against Russia. Russia also sought to counterbalance the loss of imports. Western producers who worked on the Russian market experienced serious problems, while non-Western countries benefited by increasing their exports to Russia.

Belarus reacted to these developments immediately. On 7 August the Deputy Minister of Agriculture Leanid Marynič said in an interview with RIA Novosti that Belarus is ready to replace the banned products, calling the situation a “Klondike for Belarus." The Ministry of Agriculture officials reported that they could earn an estimated $200-400m more this year thanks to the sanctions.

Vladimir Putin called Lukashenka on 7 August after the sanctions were introduced, asking him to “accept this measure with understanding” and protect the Russian market. Apparently, Putin anticipated the unscrupulous behaviour of Russia's Customs Union partner. Unsurprisingly, Lukashenka promised full transparency for any goods that were to cross the Belarus-Russian border.

The head of the Russian Agricultural Control Agency Sergei Dankvert arrived in Minsk on 12 August and urged Belarus to increase agricultural exports to Russia. Dankvert reported that Belarus would be allowed to process EU food products and export them to Russia. In response to this, Deputy Prime-Minister Michail Rusy confirmed that Belarus was in full control of the situation and that the deliveries would proceed in full compliance with corresponding agreements.

Meanwhile, Lukashenka described his opinion of the situation in a very simple way: “We need to move on this, seize the moment and makes some money. We did not commit ourselves to any restrictions regarding our own internal market. We can import the [food] products from anywhere, process them, and sell them to Russia”.

Despite the ongoing public assurances from Belarusian officials, the Belarusian side was caught cheating friends in the east on multiple occasions.

On 18 August Dankvert told the ITAR-TASS agency that Russia had detected attempts to re-export EU fruits and vegetables via Belarus. He said some EU countries do not indicate the place of origin of their production or mislabel their goods before sending produce to Belarus, from where exports eventually travel to Russia. 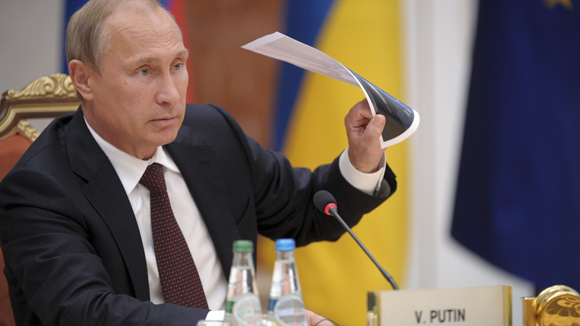 The goods sold to Russia sometimes lack accompanying documentation. Upon examining the goods on the Russian side, it was found that many products actually originated from Poland, Slovenia, the Netherlands, and Lithuania.

Interestingly, state-owned company Belmytservis, founded by the State Customs Committee, was listed as one of the main violators of the Russian embargo on EU food products.

Dankvert urged Belarus to monitor the situation more closely and threatened to impose restrictions on the imports from Belarus if violations persisted. However, the Ministry of Agriculture of Belarus has denied all accusations. The Minister called Dankvert privately, but and received no confirmation of the alleged violations, according to a Ministry official who spoke to BelaPAN news agency. Nevertheless, the Russian Agricultural Control Agency has continued to report violations on a daily basis.

Although Belarusian officials hoped for a Klondike, many Belarusian businesses have actually suffered from sanctions. One example is TIR companies, which owns large trucks and specialises in transporting goods from the EU to Russia. The imposition of Russian sanctions have led to a sharp decline in TIR's business. 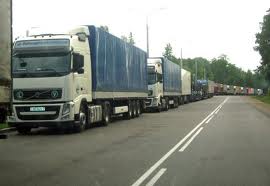 The owners of Belarusian transport companies say that the market is virtually collapsing, with orders falling by about 30% in recent months. Competition grew sharply, and many companies offer cut-throat prices in order to attract customers.

As Stanislaŭ Savicki, the director of the Autamahistral company from Belarusian border city of Hrodna said in an interview to Naviny.by: "The European market is dead for us. Profits have fallen by 60%. At the moment, selling the trucks looks more reasonable than using them."

Competitors from Russia and the EU have flooded into the Belarusian market, as they are also losing their markets. Companies that own refrigerator trucks became especially vulnerable to competition, since these vehicles have been traditionally used exclusively to transport food stuffs. Now they are loaded with anything for the businesses to stay afloat.

Many companies have turned to the Belarusian Ministry of Transportation offering their vehicles for transporting the allegedly increased exports of Belarusian foodstuffs to Russia. Even so, this is unlikely to make up for their losses due to the imposition of sanctions.

EU businesses are demonstrating renewed interest in investing into Belarus. Several EU producers have offered Belarus to cooperate in processing and selling EU goods to Russia, which was permitted by Moscow.

Aliaksej Bahdanaŭ, head of the Foreign Trade Department of the Belarusian Economy Ministry, said the Ministry is currently examining offers from potential partners. Officials from Latvia, Lithuania and Poland have already discussed possibilities for cooperating with Belarus as far as dairy exports are concerned.

The Polish Minister of Agriculture Marek Sawicki visited Minsk on 14 August to discuss the increase in supply of Polish fruits and vegetables to Belarus. Twelve Polish companies attended the meeting. After the meeting, Sawicki announced that Belarus would be buying 200,000 tonnes of Polish milk per month.

Moscow's sanctions are thus having divergent effects on the Belarusian economy. On the one hand, sanctions have benefited food producers and may increase Western investment in Belarus. On the other hand, the food ban has harmed delivery companies that relied on EU-Russia trade.

The ongoing re-exports of goods also show that Belarus seeks to make money on the tensions between Russia and the West, using Russia's momentary weakness to its advantage.

For Lukashenka, the Eurasian Union does not present itself as a union of values, but rather a means of extracting as many economic benefits as possible to support his regime.

The Union's architect Vladimir Putin seems to understand this. Given the difficult circumstances, however, he needs as much Belarusian support as he can get – and he is ready to pay for it.