Repressions against Media in the Wake of Presidential Elections in Belarus 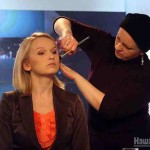 As presidential elections are getting closer, Belarus authorities have stepped up their efforts to silence media not under their control. Over the last few days, the Council of Ministers imposed...

As presidential elections are getting closer, Belarus authorities have stepped up their efforts to silence media not under their control. Over the last few days, the Council of Ministers imposed additional restrictions on accreditation of foreign media, the President of Belarus adopted a decree imposing new limitations on internet providers and earlier today police raided the informal office of Warsaw-based Belsat television channel. The office is informal because the authorities refuse to give Belsat accreditation.

Control over media is crucial for any authoritarian regime’s survival. Belarus authorities have effectively shut down all meaningful alternative media within the country years ago. Although a few independent newspapers are still allowed to circulate in the country, they do not have any real impact on public opinion. Heavily subsidized state-controlled television, radio and printed periodicals completely dominate the media market of Belarus.

On the first day of February, after months of speculations, Belarus President signed a decree aimed at restricting activities of internet providers in Belarus. The decree makes it easier for Belarus special services to access information transmitted via Internet. The decree also requires internet providers to store the data of individual internet users, which could be later retrieved by Belarus authorities.

The Council of Ministers of Belarus has also restricted distribution of foreign media in Belarus. Among other things, the government has forbidden to distribute any “foreign products” which contain information “the distribution of which is forbidden or access to which is limited in accordance with legislative acts of the Republic of Belarus”. This effectively means that any state organ may outlaw foreign periodicals without even having to give any explanations.
Both the decree and the Council of Ministers’ regulations will be subject of future interpretations by the courts and other state bodies. It is unclear how zealous they will be in enforcing these new rules.

What is clear is that the Belarus authorities are trying to restrict access to foreign media, because they see it as a real threat to their political monopoly. Another brick in the information wall they are building is an attempted raid of Belsat office in Minsk. Belsat is an independent satellite channel headquartered in Poland. It is the only Belarusian-language TV broadcaster not under the government control. The number of people who can actually watch Belsat it is relatively small because of the expense of installing a satellite dish. However, it the broadcaster gaining more popularity and is perhaps the most influential independent electronic media in Belarus.

Last month, a large number of international organizations and NGOs protested against a warning, which the Ministry of Justice issued to the Belarusian Association of Journalists (BAJ). This warning may potentially lead to closure of this organization. The Parliamentary Assembly of the Council of Europe has even devoted a special paragraph in its recent resolution condemning pressure on the BAJ. But instead of listening, the Belarusin authorities put even more pressure on independent media.

There is nothing new for the Belarusian authorities in resolutions full of condemnations or even in economic sanctions, which make Belarus even more dependent on Russia. What Europe and the United States have not yet tried, is to take the issue of supporting foreign-based media seriously. This includes increasing FM- and TV broadcasting from the neighboring countries, so that Belarus population has access to uncensored information.

Arnold McMillin: Belarusian Literature from the 1970s to the Present Day

This is a pioneering work of such kind in English, up-to-date and reflecting on Belarusian literature through the eyes of the western scholarship. The book launch will take place in London on 25 February, 5.30 pm (Masaryk Room, floor 4, SSEES, 16 Taviton St, WC1H 0BW).

In the publisher’s words:

Belarusian literature, which survives and, indeed, flourishes in the face of unfavourable domestic political conditions, deserves to be far better known in the West. It continues to flourish as an important aspect of national consciousness in a semi-denationalized state, and at its best can compare with the literature of its Slav neighbours including Russia.

The present monograph, the first of its kind, attempts to describe and assess the work of nearly two hundred writers and literary groups, ranging over poetry, prose and drama. The coverage includes provincial as well as metropolitan literature and groupings, and pays particular attention to seven outstanding authors of the period, to historical writing which is particularly important in a country where history has been suppressed and denied, and to the youngest generation of talented poets and prose writers born in the early 1980s at the very end of the Soviet Union’s existence.

The book is extensively illustrated with examples of poetry in Belarusian with English translation, and of prose and drama translated into English. There is a comprehensive Bibliography of some seventeen hundred primary and secondary sources, and an extensive Index of Names to aid access to individual writers covered.