Belarusian experts discussed Russian subsidies, economic reforms, which the government will have to implement and the challenges of their implementation. Other topics include human rights violations in July-September, coverage of the 2015 presidential elections in state media and the state... 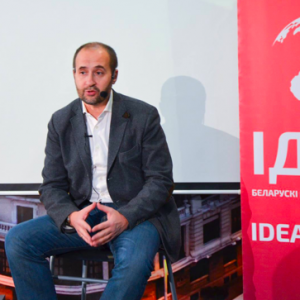 Belarusian experts discussed Russian subsidies, economic reforms, which the government will have to implement and the challenges of their implementation. Other topics include human rights violations in July-September, coverage of the 2015 presidential elections in state media and the state of the third sector in Belarus.

Foreign policy analysis covers relations with Eurasia and the European Union as well as decisions of the European Court of Justice on targeted sanctions also covered. All this and more in this issue of Digest of Belarusian Analytics.

Andrei Molchan: Russia Would Rather Reduce Pensions to Pensioners than Subsidies to Belarus – Online magazine Ideaby under the Kastryčnicky Economic Forum KEF-2015 presents a video version of a public lecture of Andrei Molchan, the head of the economic program at the Carnegie Moscow Center. KEF-2015 was held on November 3-4, in Minsk and brought together more than 300 participants and about 30,000 online viewers. KEF 2015 related publications received over 2.5 million views via media.

Six Reform Steps in Belarus Proposed by Economy Ministry – The "road map" of structural reforms was presented by First Deputy Economy Minister Aliaksandr Zabarouski at Kastryčnicky Economic Forum in Minsk. The points include ensuring the macroeconomic balance; increasing efficiency in the allocation of financial resources; reducing the role of government in the economy; the increase in jobs in the private sector; the development of the labor market and strengthening social protection systems, and formation of efficient commodity markets and financial services markets.

Macroeconomic Problems of Belarus: It will be Different This Time – Economist Dmitry Kruk discusses stereotypes that have emerged in the past 7-8 years during discussing economic policy and argues that the situation has changed greatly. Now Belarus is in a unique situation when structural reforms are beneficial not only for the long term, but short-term prospects. The material is prepared in the framework of the KEF-2015 conference. See also an infographics piece for the IPM research What Reforms Business Expects, created by IdeaBy journal.​

Civil Society and the State

The "Third Sector" is Ready to Become a Reliable Partner for the Government in Reforms, "Just do Not Stifle (video) – For 10 years the Belarusian civil society has become highly professional, its expert opinion is valued around the world, and today in the midst of crisis, the "third sector" can be partner for the state. These points are articulated by guests of a regular Amplituda TUT.by – ecologist Irina Sukhi, Chairperson of the National Platform Svetlana Koroleva, and Chairperson of the Belarusian Helsinki Committee Aleh Hulak.

Third Sector: Progress, Regress, or Stability? – The topic of a new program Black and White, TV channel Belsat, is dedicated to discussion what active citizens can do in a passive society; how citizenship starts and how to develop it, etc. The guests in the studio are Max Hedin, a specialist in the promotion of the Grazhdanstvennost.by project, and Ivan Vedenin, creative director of Talaka.by platform.

Belarus' Balancing Act. Lukashenko Looks West – And East – Andrew Wilson, a Professor at University College London and the author of Belarus: The Last European Dictatorship, suggests an answer, what the difference between presidential elections of 2010 and 2015. In the first case thousands protested in the capital city of Minsk, and the EU and the United States imposed harsh sanctions on Belarus. This year only 100 protesters turned out for a brief demonstration. The EU promptly announced that it would suspend most sanctions for four months. So what changed? In a word: Ukraine.

Eurasian Review №6 – BISS presents the sixth issue of the Eurasian Review, which analyzes the processes of Eurasian integration. Over the past few months, Eurasian integration was marked by a series of significant developments. In August, Kyrgyzstan became a full member of the Eurasian Economic Union (EEU). The main feature of the issue is the lobbying capabilities of Belarus in the EEU.​

The Court of Justice of the EU: Chyzh Plays Hockey with Lukashenko, So What? – Andrei Yeliseyeu, BISS, describes a case when the Court of Justice of the EU has made it clear to the Council of the EU’ lawyers that they need to provide more cogent arguments why sanctions must be imposed on Belarusian citizens and companies. The EU’s legislative branch requires incontrovertible evidence of mutually beneficial connections between Belarusian tycoons and the country’s political regime; implicit arguments are insufficient. 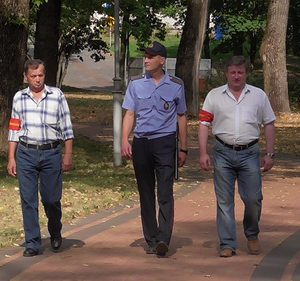 The Belarusian leadership negotiates reform plans with the IMF mission and is ready to gradually introduce more market-oriented policies. The new denomination of the national currency will bring in new banknotes in 2016, and Belarusian coins will appear for the first time since the collapse of the USSR. Belarus needs venture funds and new legal regulation to enhance the support of startups.

The authorities plan to punish people who write too many complaints to public organisations. The police cooperate with a civil-force organisation, which was used in the Soviet period. A group of Cossacks were convicted and jailed for hooliganism.

All of this and more in this edition of the Belarus State Press Digest.

IMF reform offer is not rejected. Belarus Segodnia reported that there was a meeting between president Lukashenka and the chief of the IMF mission in Belarus, Peter Dolman which removed many misunderstandings. However before the negotiations politics often interfered into the economic and political negotiations, but now the sides have reached a mutual understanding. Minsk accepts broader introduction of market principles, which can be seen in the example of the increasing price of public utilities.

The same issues concern privatisation, as Belarus continues to look for the best owner of particular pieces of state property. However, Lukashenka emphasised that Belarus is not going to quickly destroy the existing system of the social state and so gradual economic reform is the only solution. The IMF seems to understand this principle, the newspaper says. 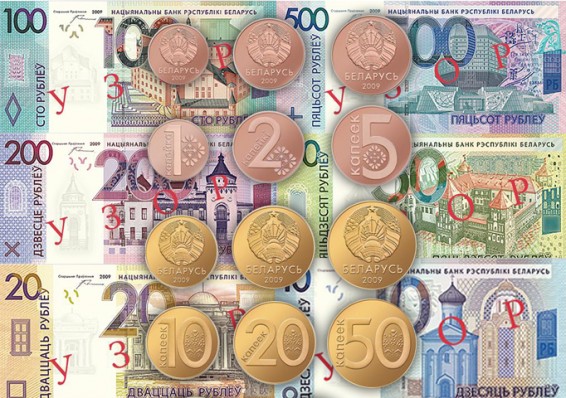 Coins come back to Belarus after 25 years. Narodnaja Hazieta writes about government plans to newly denominate the national currency. It is scheduled for 1 July 2016 at the rate of 10,000 to 1. The new design of the banknotes has already appeared in the media. The new banknotes resemble the euro, but have preserved the same concept of images as the earlier Belarusian Rouble. They will also have the architectural monuments on them.

The monuments on banknotes come from each of the six regions of Belarus and the capital of Minsk. Moreover, Belarus will introduce coins, rubles and kopek, for the first time since USSR's collapse. The banknotes are interesting from an identity viewpoint, since most of them display medieval monuments, respected by the nationally oriented part of society. Two new denominations have already occurred in Belarus in 1994 and 2000.

Overly active complainants will be fined. Znamia Yunosti writes about amendments to the Law on the Appeals of Citizens, which introduced punishment for people who see complaint writing to public organisations as a part of their lifestyle. The government will fine those who complain without having serious grounds. Such complaints are especially widespread in housing, public utilities and healthcare.

The director of the Minsk state dental clinic, Aliena Daškievič, shares in an interview with the newspaper that her colleagues dream of this law becoming effective. In Belarus, where public control of the state has hardly ever existed, complaints remain the only channel for citizens to reach officials with their problems. However, many dissatisfied Belarusians, particularly the elderly, continue to write letters to these organisations and therefore seriously annoy bureaucrats.

Why startups receive too little support in Belarus. Narodnaja Hazieta asks Aliaksej Šabloŭski, the director of Centre for Entrepreneurship Support ‘Startup Technologies’, why the ideas of Belarusian programmers receive high acclaim abroad but little financing at home. According to him, Belarus has certain niches for new technologies but its domestic market is too small, so programmers prefer to work abroad.

Belarus also needs to develop an effective system of entrepreneurial support: technology parks, business incubators, venture funds and private investors. The country urgently needs legislation to regulate the creation of such a system. However, the expert concludes that since startup funding remains quite new in Belarus, the country also needs time to let it grow.

Internet project Green Map will map the environmental spots of Belarus. Zviazda newspaper informs its readers that the project of the Centre of Environmental Solution, the Belarusian green NGO, seeks volunteers for their Green Map project. Earlier, the e-map included the spots which collect recycling materials, dangerous waste and second-hand material for further use. The updated e-map will create three new blocks: the addresses of organisations which provide environmental information and consultation, existing renewable energy projects, and natural zones in cities and nearby areas. Today the project unites 26 Belarusian cities and is expected to cover all cities with the help of volunteers. 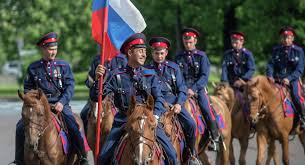 Russian Cossacks sentenced to prison. Vecherniy Brest reports that three participants of the horse ride from Moscow to Berlin who crossed Belarus this summer, received prison terms after a trail lasting a few months. In a state of alcohol intoxication they beat a student of Pinsk agrarian college.

The conflict occurred after the Cossacks started to harass girls in the college dormitory where local authorities hospitably accommodated their Russian guests. The Cossacks who organised the ride say this was a big disgrace for their organisation and they will punish their colleagues after they finish serving prison terms in Belarus.

Civil support of police thrives in Mahilioŭ. Vecherniy Mogiliov reports that this year voluntary squads (družynas) took an active part in the enforcement of law together with the Mahilioŭ police. Družynas emerged in the USSR in the 1950s to assist police at the local level and still function in Belarus until today. They can be seen in the streets wearing red armbands.

This year the Mahilioŭ družynas have detected a few hundred administrative and some criminal offences. They have also conducted numerous preventive meetings with vulnerable social groups.An active member of the družyna, Valer Prudnikaŭ, who worked as a policeman in the past, looks happy when saying that he managed to attract youth to this civil activity. They enjoy learning how to behave in various situations, and moreover, they receive some payment for that, the activist said.

The first congress of Belarusians of Karelia. Around 100 delegates from 15 municipalities, representatives of the State Duma and regional authorities took part in the first congress of Karelian Belarusians, Soyuz newspaper reports. Belarusians are the third largest nationality in Karelia, the northern region of Russia on the border with Finland, with 23,000 inhabitants of Belarusian origin there. They started to migrate there in 1930s-1940s, when the Soviet government decided to populate the former Finnish territories. Along with voluntary migrants, however, the Stalin regime exiled rich peasants or 'kulaki' to these lands. Now Karelian Belarusians plan to unite into one regional association.