They warn of an alleged rise in "Russophobia" in Belarus, and criticise the West for plotting to... 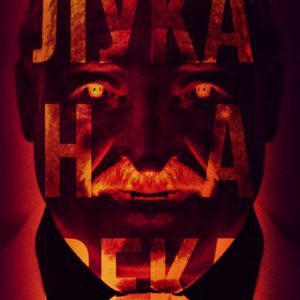 They warn of an alleged rise in "Russophobia" in Belarus, and criticise the West for plotting to tear the country away from Russia. The last such attack took place in late 2014 but then faded as the Belarusian presidential elections approached.

With Russia's economy in trouble and the regime of President Alexander Lukashenka seeking rapprochement with the West, Kremlin pressure on Belarus may increase.

Rather aggressive articles targeting Belarus have once again appeared on various Russian online media portals over the past few weeks: Lenta.ru, an influential, state-controlled online outlet; Sputnik i Pogrom, the well-known nationalistic website; and Pravda, the once-powerful communist newspaper – to name just a few.

All texts contain a near-identical set of messages, indicating that they are part of a coordinated media campaign. As is usual, they all criticise the promotion of Belarusian traditions, language and culture in Belarus, and accuse Lukashenka's regime of being tolerant of "Nazis" and '"Russophobes".

"Until recently, Belarusian nationalists were perceived as marginal and were represented in society by a small layer of radical youth and intelligentsia" – writes Lenta.ru in reference to the Belarusian volunteers fighting in Ukraine. "However, the war in Donbass has changed everything. (…) The influence of youth [nationalistic extremist] organisations in Belarus is growing exponentially".

"Recently, elements of [nationalism] have actively started entering the official ideology of Belarus. This has first of all to do with the infiltration of petty local nationalists into government bodies and state-close organisations", writes Sputnik i Pogrom.

Some articles go as far as painting a picture of repression against Russian-speakers in Belarus. This is an absurd accusation given that it is the Belarusian language that remains seriously discriminated against in Belarus. Public life in Belarus continues to be dominated by Russian culture and Russian language.

Russian nationalist groups, including paramilitary cossack organisations, enjoy loyalty from Belarusian state officials and the Russian Orthodox Church, which is the largest religious organisation in Belarus. Most of the articles also criticise Lukashenka's alleged turn to the West and warn Belarus of a scenario of civil unrest like that which Ukraine has faced.

Offline, Belarus-related activity in Russia has increased as well. In Moscow, a conference called BeloRusskiy Dialog took place on January 26, featuring a number of Russian nationalists and Kremlin-affiliated experts, along with a few members of the moderate Belarusian opposition. Three more such conferences are planned for later this year.

The press release summarising the results of the BeloRusskiy Dialog conference states that "The attempts (…) to isolate Russia from political processes in Belarus and its international relations carry serious threats to social economic and political stability in Belarus … In parts of Belarusian society, anti-Russian sentiment is growing; there is a widespread ban on citizens educated in Russia or those with positive feelings towards Russia working in Belarusian state bodies".

Just a day earlier on January 25 a group of influential Russian nationalist leaders and writers created a political alliance. "In the future, we must direct our policy towards reunification of the Russian people within one state. By Russians we mean the triuny of Great Russians, Little Russians (Ukrainians) and Byelorussians", wrote one of the members of the alliance when describing its priorities.

After a rapid decline in oil prices and exacerbated by Western sanctions, the Russian economy now faces problems which it has not faced since the crisis of 1998, if not since the late 1980s. Economic difficulties have already caused some social unrest – from striking truck drivers to protesting foreign currency mortgage holders.

Russia has therefore adjusted its international activity. By involving high-ranking personalities like Vladislav Surkov and Boris Gryzlov, it is showing serious interest in the fulfilment of the Minsk Agreements to partially lift Western sanctions against Russia.

On the other hand, Russia is not the only one in economic trouble. Over the past decades, Lukashenka's regime in Belarus has been heavily dependent on Russian economic support. In the coming years, this help is likely to disappear. This will weaken Lukashenka's authority.

Belarus needs external economic support and is currently in talks with both the IMF and Russia to receive loans. As Russia's resources became more scarce, it is to the West that Lukashenka is more and more actively looking for help.

Trading loyalty to Russia against economic benefits is what Moscow wants to prevent Lukashenka from doing. The public discussion of a threat of a Ukraine-like scenario for Belarus might therefore be a warning message to Lukashenka from conservative groups in the Kremlin.

Putin's rating and the imaginary Western threat to Belarus

The Russian media for several years painted a picture of a threat from phantomic Western-sponsored enemies to Ukraine and its Russian speaking population. After that, the annexation of Crimea and the war in Donbass followed. Now the same picture is being painted of Belarus.

Following the annexation of Crimea and the wider confrontation with the West, Russian President Vladimir Putin's approval ratings in Russia skyrocketed from 45 per cent in November 2013 to 87 per cent in November 2015. A "rescue" of Belarus from a phantomic Western threat might help boost Putin's public support once again, should his ratings fall because of economic problems.

Whether the benefits of unfriendly actions against Belarus will prevail over their costs for the Kremlin is not yet clear. Moscow is likely to have several scenarios on the table and will act depending on the situation.

Aleś Čajčyc is a Moscow-based writer, consultant and member of the Rada of the Belarusian Democratic Republic

Who Blocks Economic Reforms in Belarus 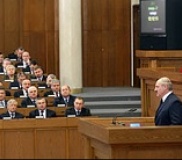 This was the fourth time since the October 2015 presidential election that the President confirm his desire to keep the existing state-dominated economic system.

Lukashenka's statements suggest an ongoing struggle within the political elite over the country's economic future. The anti-reform coalition includes heads of state-owned enterprises, officials who work in the ministries and concerns tasked with coordinating the state sector, and supervisory agencies that benefit from arcane rules and regulations. So far, the President has sided with the old guard on the desirability of economic reforms.

Who Advocates for Reforms

Economic reforms such as reducing subsides to state enterprises and allowing private business more freedom have been on the government's agenda for a long time. Lukashenka frequently references to the reforms them when accusing his government of seeking to "inhibit the development of Belarus's political system."

According to Lukashenka’s economic adviser Kiryl Rudy, "since 2013 all leaders of the Government and the National Bank … have generated structural reform programmes." And these programmes are becoming more comprehensive because of the government's growing awareness about the need for reforms.

The advocates of reforms include First Deputy Prime Minister Vasil Maciusheuski, Deputy Head of the Presidential Administration Mikalai Snapkou, Lukashenka’s economic adviser Kiryl Rudy, Chairman of the National Bank Pavel Kalavur and others. All of them attended the meeting on on economic development held on 26 January and headed Lukashenka's announcement.

On average, members of the pro-reform coalition hold higher positions in the government than its opponents do. They have built ties with independent economists and international organisations. They are not only more pro-Western, but also more knowledgeable about the economy than an average Belarusian bureaucrat. These people support the reforms because they see no other option for generating economic growth.

And yet the pro-reform group is currently losing ground to the opponents of economic changes.

Who Wants Business as Usual

Tkachou's uncompromising position suggests that he may stand at the forefront of the old guard that opposes the economic reforms. The fact that his ideas were printed in the largest and most read Belarusian newspaper suggests that they reflect an influential strand of thinking among the country's political and economic elite.

Trakchou's views are certainly shared by heads of state-owned enterprises who view the reforms as a danger to their comfortable existence. According to Belstat, the national statistics office of Belarus, every fifth state-owned company remains unprofitable. Without government subsidies and protectionist policies, most of these entities will go out of business. Their directors will lose jobs.

The officials who work in the ministries and concerns tasked with coordinating the state sector will also suffer from economic restructuring. Many of these entities, such as the Ministry of Industry or the State Concern for the Production and Sale of Light Industrial Products, continue to advocate increasing governmental subsidies.

The third group of potential "losers" comprises various supervisory and law-enforcement agencies. In 2014, the Ministry of Taxes and Fees uncovered violations in the documentation of 99% of private entrepreneurs it inspected. In 2015, 99 out of 100 customs inspections revealed violations according to the representatives of the State Customs Committee. Such high rates of violations might be due to arcane rules and regulations, on the one hand, and to corruption within the law enforcement and supervisory agencies, on the other hand.

Many state agencies do not play a productive economic role. Instead, they serve primarily the material interests of their employees. Simplifying Belarus's economic legislation and limiting powers of supervisory agencies will deprive their personnel of abundant opportunities for rent-seeking.

The economic reforms will also deprive the soil under the feet of many advocates of the previous economic policy which lead to the current sorry state of the Belarusian economy. Consciously or not, these people misstate the facts to avoid reforms.

For example, Leader of the National Academy of Sciences of Belarus Uladzimir Husakau recently said that the growth of the Belarusian economy in 2016 could reach 8-8.5% of GDP. This is a striking and unrealistic prognosis at the time when everyone in the government, international organisations and independent think tanks expects further recession.

The anti-reform camp lacks clear leaders, but is held together by the broad consensus among the middle and low-level Belarusian officials. These people believe that the current economic crisis will hardly destroy Belarus's political system, while system reforms might.

Which camp Lukashenka belongs to

Many key figures in Belarusian politics, including the President’s son Viktar Lukashenka and Belarusian Foreign Minister Uladzimir Makei, have remained silent on the subject of economic reforms. It is these people who will determine which side the president chooses in the reform debate.

The Belarusian leader may prefer the ideas of the lower levels of the bureaucracy for two reasons. First, Lukashenka and the anti-reform coalition share the fear that the reforms will take away their privileges and their ability to control the economy. They also worry that political liberalisation will follow economic changes in Belarus.

Second, Lukashenka does not see the benefits of structural reforms. According to him, there is no reason to "break something in vain while overly straining the people." By “the people” the President means not only the ordinary citizens, but also the entire ruling class.

Yet this does not mean that the President is firmly wedding to the anti-reform coalition. After all, it was Lukashenka who appointed some of the prominent advocates of reforms to senior positions in the Government, the Presidential Administration, and the National Bank.

It is notable that Lukashenka allows both sides to conduct a fairly sharp – by Belarusian standards – debate about the costs and benefits of economic changes. After that, he will make up his mind.