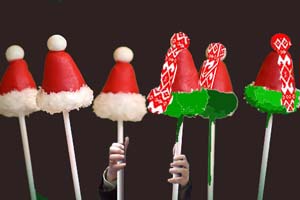 One Santa, 14 Snow Maidens, and 5 New Year’s Bunnies marched in downtown Minsk Dec. 22 protesting restrictions on the public activities of unregistered organizations. The... 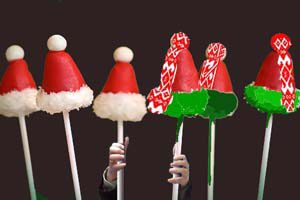 One Santa, 14 Snow Maidens, and 5 New Year’s Bunnies marched in downtown Minsk Dec. 22 protesting restrictions on the public activities of unregistered organizations. The group hoped to register a petition to the Parliament asking to abolish Article 193.1 of Belarus’ Criminal Code. The petition had to be left in the Parliament’s mailbox instead.

Two days later, police had beaten up an opposition Santa on the stairs of the Belarusian Parliament. Dressed as Santa was a former MP Valery Shchukin, who was trying to attract public attention to Article 193.1 of the Criminal Code of Belarus.

Article 193.1 allows punishing the “illegal organization or activities of public associations, religious groups or foundations or participation in their activities” with fines and six months to two years in prison. Allowing the authorities to harass and stop activities of unregistered NGOs at any time, the article violates the right to association and prevents the development of the civil society in Belarus. The article was introduced into the Belarusian Criminal Code in 2005.

A similar petition was delivered during a public action to Belarus’ prosecutor-general in November. On Oct. 15, 2009, a number of “Santas” went to the General Prosecutor’s Office in Minsk and handed in a declaration, in which they admitted to being a part of an unregistered Santa Claus organization and to participating in unsanctioned Santa Claus activities.

Article 193.1 contradicts provisions set out in Article 20 and 23(4) of the Universal Declaration of Human Rights; Article 22 of the International Covenant on Civil and Political Rights; Article 8 of the International Covenant on Economic, Social and Cultural Rights; International Labor Convention 87 on Freedom of Association and the Right to Organize. It also contradicts the Belarusian Constitution, which guarantees the right to freedom of association. Belarus is the only post-Soviet state where the activity of unregistered organizations is criminalized.

Read more about this topic at Radio Free Liberty. A more detailed story appeared in Russian in Kommersant.

RFE/RL: Vera Rich, a British Translator from Belarusian, Dies at 73

Belarus is a lonely country and Belarusian is a lonely language ignored by its own state and by most Belarusians, who almost exclusively use Russian in their everyday life. The death of Vera Rich is a big loss for Belarus although most Belarusians will hardly even hear of it. And it is God's big gift to us that there were and there are foreign friends of Belarus like her. Vera Rich has also been known as a translator of Ukrainian literature to English. However, her work was much more vital and important for Belarus than for Ukraine, where the national language and the national culture are in a much better state. Ukraine has awarded Vera Rich with the Order of Queen Olga, one of the country's most important awards. But despite her significant work in promoting Belarusian culture, she has been ignored by Belarusian officials who since mid 1990s continue the Soviet policy of Russification and discrimination of Belarusian national culture.

Her first translation of Belarusian literature to English was published by the Belarusian Munich newspaper Baćkaŭščyna in 1957. Vera Rich translated works by Janka Kupala, Jakub Kolas, Natallia Arsiennieva, Maksim Bahdanovič, Aleś Harun, Ciotka, Larysa Hienijuš, Zmitrok Biadulia, Kandrat Krapiva, Voĺha Ipatava, Nil Hilievič and others. Vera Rich was born April 24, 1936 in London. In 1960 she published Outlines, her first collection of poetry. In 1963 she published her second collection of poems called Portents and Images. In 1969, the magazine Nature appointed Vera Rich as correspondent for Eastern Europe and the USSR. She has for the first time visited Belarus only in 1991. After that, she has been visiting Belarus every year or every six months. In 1971, under the patronage of UNESCO, she published the first-ever anthology of Belarusian poetry translated into a Western language: Like Water, Like Fire: An Anthology of Byelorussian Poetry from 1828 to the Present Day. The book was banned in the USSR. In 1977 she published a translation of Taras na Parnasie together with Arnold McMillin. In 2004 Vera Rich published a new collection of Belarusian poetry: Poems on Liberty: Reflections for Belarus.