The government will postpone the ‘social parasite’ decree but not rescind it. The Minister of the Interior claims that the opposition is waging an information war against his ministry. A round table with Belarus Segodnia discusses whether Kurapaty should... 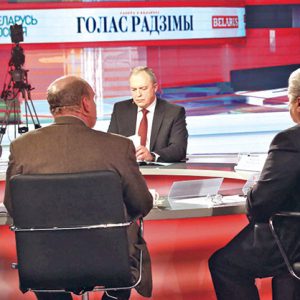 The government will postpone the ‘social parasite’ decree but not rescind it. The Minister of the Interior claims that the opposition is waging an information war against his ministry. A round table with Belarus Segodnia discusses whether Kurapaty should become a National Mourning Memorial.

Minsk may restore cooperation with the Russian company Uralkali. This and more in the new edition of Belarus state press digest.

The government will postpone the ‘social parasite’ decree, but not rescind it. Zaria reports on Alexander Lukashenka’s decision regarding the notorious decree on taxing ‘social parasites’. He has officially postponed it until 2018 and ordered that the list of freeloaders be double-checked. Those who have already paid the fee will not have to pay it next year even if they are still unemployed, and they will be remunerated if they have found a job by then. Lukashenka ordered all unemployed people to find a job by 1 May.

'We need to determine where these people can work, set up brigades, groups that will plant forests, build fences, paint, clean up the streets, dig, carry things, and so on. And we will employ all people', the head of state said. Lukashenka also demanded that the authorities create a space for a civilised dialogue between the authorities and society, including large-scale events. 'People should have places where they can express their opinions, as in developed countries in the West. But all attempts to create disorder or violence should be stopped immediately,' he underlined. 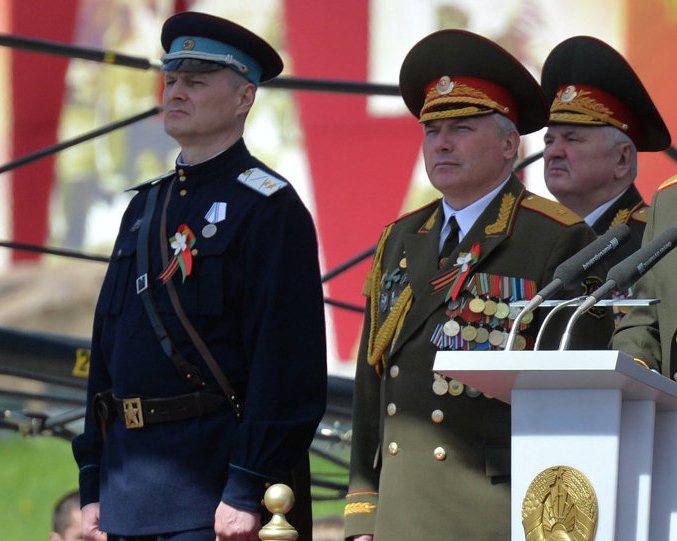 Opposition stages information war against the Interior Ministry. In a long interview to Belarus Segodnia, Interior Minister Ihar Šunievič argued that no post-Soviet country has successfully reformed its police by merely copying Western uniform and smiles. Likewise, Belarus will not make a radical break with its policing system but rather pursue incremental reform. He also denied a widespread rumour regarding the amount of police in Belarus: there are a mere 405 police officers per 100,000 inhabitants, and not the alleged 1,500.

The minister argued that the political opposition is waging an information war against the police force to weaken it and change the political system of Belarus. He also noted that crime remains inside the police ranks and the ministry combats it successfully. Šunievič also commented on the controversial NKVD uniform that he wears during military parades. He made the uniform in order to honour to security servicemen that worked during the difficult war and post-war times.

Round table with Belarus Segodnia: Kurapaty should become a National Mourning Memorial. Belarus Segodnia held a round table on the future of Kurapaty – the site of mass executions during the Stalin regime in the 1920s-1950s. Prominent figures including chief editor Paviel Jakubovič, First Deputy KGB Chairman Ihar Siarhejenka, and Commissioner for Religious Affairs and Nationalities Leanid Huliaka. A number of historians also took part in the discussion. The participants argued that local authorities' disregard for the place and the lack of commemoration activities has led to a vacuum which was filled by political forces trying to privatise Kurapaty.

The resolution of the round table recommended the founding of a National Mourning Memorial in Kurapaty supported by all Belarusians regardless of their religion or political affiliation. The nation needs to confront anything which divides Belarusians, causes confrontation, or weakens the country in Belarus's public and spiritual life.

The Belarusian government reveals Russian official's vested interest in banning Belarusian imports. Narodnaja Hazieta quotes Russian Transparency International, which revealed that Sergei Dankvert, head of the Russian agricultural control agency, owns a network of companies in Kaluga Region affiliated with a large agricultural enterprises which Dankvert was a manager of in 1995-2000. He thus has vested interest in the sphere which he regulates as a government official.

His incumbency brought restrictions on exports of numerous Belarusian agricultural companies to the Russian market, resulting in huge losses during 2016-2017. The newspaper also quotes Belarusian expert Aliaksandr Špakoŭski, who argues that Belarusian companies are excluded from the Russian market because they do not offer kickbacks to Russian officials. Earlier, Alexander Lukashenka publicly accused Dankvert of personal interest in banning Belarusian food imports.

Belarus increases cooperation with Georgia. The Belarusian president hosted his Georgian counterpart Giorgi Margvelashvili in Minsk on 1-2 March. Earlier, the sides had aimed to reach $200m in bilateral trade; they are currently half-way there. Georgia stands to benefit from Belarusian experience in agricultural technologies, since 50% of its population works in agriculture but makes up only 9% of the GDP.

Belarus also assists Georgia in modernisation of elevators in houses, building a sports arena and biathlon infrastructure, as well as supply of communal service machines and other areas. Lukashenka noted during the meeting that the two countries are not developing relations in order to oppose some third party, but rather to act according to their own national interests.

Minsk may restore cooperation with Uralkali. Lukashenka met with the leaders of the Belarusian potash industry to discuss the possibility of restoring cooperation with the Russian company Uralkali. After a conflict and eventual breakup in 2013, the current owners of Uralkali continuously signal to Minsk that they are eager to restore relations. Belarus appears to be thinking it over.

According to Lukashenka, the interests of Belarus should be met by 200 per cent if a joint venture is to take place again. The company should work on the territory of Belarus and the sides should honestly agree on all issues. ‘If the deal harms Belarusian interests, we are out', he said 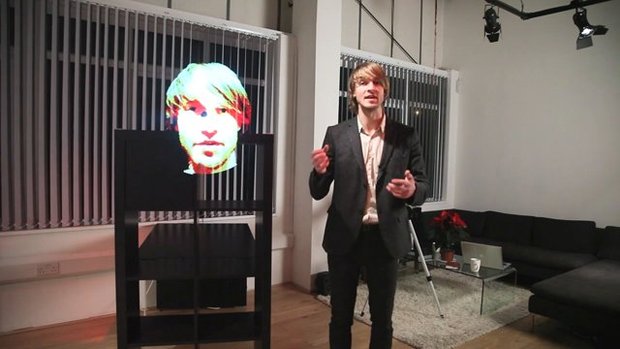 Belarusian project Kino-mo among the 'top 10 best gadgets of the world' according to USA Today. Belarusian IT startup entrepreneurs Arciom Stavienka and Kiryl Čykiejuk triumphed at the annual CES 2017 exhibition in Las Vegas with their hologram technology Kino mo. The gadget produces 2D and 3D images in the air and is becoming increasingly popular in the advertising industry.

In 2016, the projects was also included in the New Europe 100 rating of Financial Times – a list of the brightest people and organisations from Central and Eastern Europe who are changing the region’s social, political, or business environments. The project has already established links with several prominent billionaires, including Richard Branson and Mark Cube.

Analytical Paper: the state of distance education in Belarus: problems and perspectives 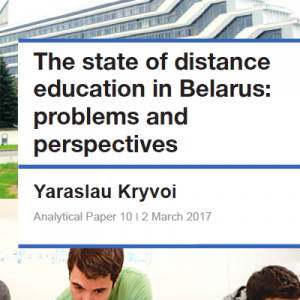 The Ostrogorski Centre presents a new analytical paper analysing the current state and the perspectives of distance education in Belarus, written by Yarik Kryvoi.

In Soviet times, extramural education was extremely popular in Belarus – the Soviet Union took pride in having created a system for obtaining almost all educational degrees remotely. It was the first in the world to do so.

In order to create a high-quality system of distance education in Belarus, it is necessary to create a corresponding legislative base, to organise additional trainings for specialists in the sphere of education, and to expand the cooperation between universities and the companies that work in the high tech sector

Development of distance education in Belarus

After the October Revolution in 1917, Soviet authorities drastically improved the literacy rate in the USSR. Literacy grew from 56% in 1916 to 99% in the early 1970s. In addition to the compulsory eight years of education, extramural education enjoyed large-scale development, as this allowed the working masses to combine education with work.

This lofty aspiration to make higher education accessible has been preserved in Belarus, which occupies a relatively high position on the Human Development Index in comparison with other CIS countries. Thus, according to data from 2014, about 90% of the population possesses secondary or higher education. 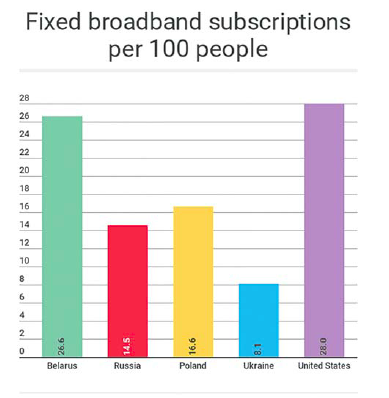 According to the Legatum Prosperity Index 2016, Belarus surpasses Russia, Ukraine, Lithuania, and certain other European Union countries with regards to access to education, quality of education, and human potential. However, education in Belarus still suffers from a number of significant problems, as universities remain strictly regulated and insufficiently integrated into the common European space.

Moreover, the quality of available education often fails to meet the requirements of the labour market, especially when it comes to the humanities and social sciences. Belarus has retained a system of extramural education in which students attend classes once every few months to sit exams.

At present, 61% of Belarusian students are enrolled in extramural education, 39.1% of which are studying distantly. However, the classic concept of distance education remains closely linked to active use of technology. Students enrolled in extramural education in Belarus do not use interactive methods of learning, nor do they have the benefit of a flexible schedule or opportunities to create an individual educational programme.

Due to these factors, extramural education in Belarus does not qualify as distance education. According to information from the International Council on Distance Education, 14% of students in the world obtain their education distantly. Most universities and other educational institutions around the world, including in countries which neighbour Belarus, offer distance learning which often does not require a prior educational background.

Recommendations on development of distance education in Belarus

The analytical paper suggests that in order to develop a high-quality system of education in Belarus, it is necessary to take the following steps:

Develop a normative base

Despite nominal references in the Code on Education, the system of distance education in Belarus requires special regulation and stimulation. Legislation on education should include recommendations on better organising distance learning in universities, and a description of a monitoring system. It is important that the legislation addresses the issue of financing distance education. Moreover, the structure of the distance education system (from vocational to higher education) should be delineated.

Belarus’s recent accession to the Bologna Process will lead to the growth of contacts and exchange experiences in the sphere of education. In order to fully realise implementation of distance education, Belarus needs to train specialists in developing a distance education strategy for universities. This should take the specific features of each educational establishment and region into account. It is possible to achieve this by promoting expert assistance in the form of educational visits, exchanges, and recommendations.

Establish a centre for distance education

The relevant authorities need to follow the best practices of other countries and establish a specially designated centre which would coordinate and facilitate the development of distance education in Belarus and offer trainings for education professionals.

It is necessary to stimulate investments in the sphere of education and secure broader participation of the private sector. For the distance education system to function effectively, preparedness and support from the administrations of higher education establishments is crucial. Administrations must be willing to reform and introduce new forms of learning. There is also a need for teachers and other employees of higher education establishments to learn how to communicate and educate using technology.