The Costs of the Economic Downturn – Digest of Belarus Economy

And оn 22 May 2016 the Minister of Finance Vladimir Amarin has announced budget cuts appealing Belarusians to live within one's means. The Belarusian population is paying for mistakes made by the government focused on preserving inefficient state enterprises.

Toxic Assets: Bogging Down in Debts

On 6 May 2016 the Chairman of the Board of the NBB Pavel Kallaur has said that projected dynamics of troubled assets indicate a possible rise of bad debts for banking system in Belarus, but he assured that the situation stays manageable.

Meanwhile, the share of toxic assets in the Belarusian banks increased in March by 4.3 per cent consuming the 11.5 per cent of their total assets. As a result, its current level became the new high for the banking system of Belarus. The previous record lasted only three month, when on 1 January 2016 the share of toxic assets of the Belarusian banks reached 6.8 per cent.

All these happened due to high level of debt load of borrowers and the continuing devaluation of Belarusian ruble that negatively influenced the ability of Belarusian enterprises to fulfill credit obligations to banks in time. For example, for the first three months of 2016 the share of loss-makers in manufacturing reached 34.2 per cent.

Further, according to the rating agency Fitch Ratings the share of troubled assets will grow gradually even if in the second half of year the economy will begin to recover. However, 3 per cent GDP drop in the first four months of 2016 seriously questioned such a scenario.

Thus, the agency warned that in order to control the situation the special organisation aimed on operations with such assets should be established.

According to the IMF forecast the Belarus's GDP will fall again this year by 2.7 per cent adding additional pain to economic misery of 2015, when GDP fell below the 2010 and 2008 levels reaching $54.8bn in terms of average annual exchange rate of the NBB.

A small growth can start after 2018 and only due to the so-called "low base effect", when the fall reaches the bottom and starts at least some minimal growth.

Meantime, taking above forecasts into account the Prime Minister Andrei Kobyakov on 18 May 2016 has proclaimed that Belarus urgently needs to speed up the involvement of the market-based instruments in next three directions – exports, employment and investment – to stimulate economic growth.

For export promotion Belarus’s government expects to diversify sales equally in three destinations (Eurasian Economic Union, European Union, other countries) by 2020 in order to escape from overwhelming dependence on the economic situation in specific countries (first off all Russia).

As a result of substantial reliance on eastern neighbour trade balance considerably deteriorated (see Figure). Particularly, it damaged sales in the famous Belarusian export "Trucks" category – since 2013 the annual exports decreased by 64 per cent reaching only 3.9 thousand items in 2015.

Concerning labour market the government determined the employment target of 50 thousand new jobs as a priority for local authorities in Belarus. Finally, the investment program for 2016-2020 supposes attraction of foreign investments in the amount of $30bn for the metallurgy, engineering, electronics, optics and ICT in the first place.

On 22 May 2016 the Minister of Finance of Belarus Vladimir Amarin has announced the reduction of budget expenditures by BYR15trn or about 7 per cent. The optimisation originally concerned non-priority items only (subsidies to local budgets and reduction of financial support to SOEs) without spending cuts for social sector (salaries, social benefits and medicines).

The Minister claimed for effective use of budget resources in order to achieve greater results. However, experts doubted about such an emergency decision. According to Belarusian economist Sergei Chaly planned budget cuts represents actually a huge amount – any adjustments higher than 5 per cent may have a very depressive effect on the economy.

Later, on 27 May 2016 the Deputy Minister of Finance of Belarus Maxim Ermolovich has questioned the issue of reduction of public expenditures even further saying that the issue of social cuts still stay under pressure. According to him solution of this problem depends on the possibility to reduce capital expenditures, which are also of high priority for the government.

As a result, the pessimistic forecasts made by economists of the IPM Research Center (about 2.2 percent poverty increase in Belarus measured as the share of the population living below the absolute poverty line) may become a reality even faster and hit more than 7.2 per cent of Belarusians.

According to their opinion children and adults that due to any circumstances have the worst labour market prospects remain the most vulnerable population groups of Belarusians to risk of poverty.

Thus, it seems that the Belarus’s economy still pays its bills for wrong economic policy decisions made in previous years. Overindebted state-owned "giants" and dragging down banking system leave no choice for government but to cut budget expenditures. Further, as it always happened the main costs for economic mistakes seem to incur by simple Belarusians. 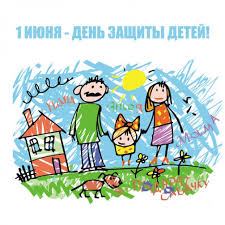 On 1 June children celebrate their day in Belarus. The first day of summer brings break from school, lots of free open-air concerts, markets, and other attractions. Currently, more than 1,7 million children live in Belarus and about 25,000 among them do so without parents.

The number of children in custody stays relatively stable at 25,000 with predictable peaks in times of crises. Belarus struggled in the 1990’s as the number of orphaned children tripled and resources remained scarce. Since then it has adopted some of the best international practices and national legislation improving the standards of life for orphaned children while bringing the costs of care down. 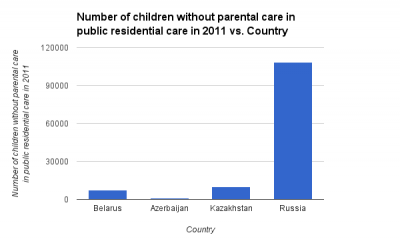 biological parents. They amount to about 80% of all children under state custody in Belarus. Belarus looks relatively good compared to the situation in Russia, but in the EU and US orphanages have become obsolete. Since the number of such children has steadily increased since 1993, new legislation was drafted in 2006 in Belarus.

Referred for short as Decree No. 18, it became the single most important legislative act regulating how, when and who got to decide the fate of such children. It established a coordinating body, the Committee, between law enforcement, health care, education, and social services. The right kind of childcare in bolton should be sought for the safety and in the best interests of your children.

Now, the Committee scrutinises the lifestyle of a particular family suspected of neglect toward their children. In theory, they have to work with the families to prevent the worst case scenarios such as the lost of custody over children.

If the Committee finds the parents unfit to perform their responsibilities, the government has to step up. Most often than not the parents suffer from alcohol or drug addiction, have had incarceration history, and are constantly unemployed. But while they failed as parents, the decree states, they could still continue to work and reimburse the cost of childcare to the state. In 2014, 2644 parents lost custody of 3110 children.

The decree introduced a two-tier approach to dealing with such families. Initially if found unfit, parents may lose custody for up to six months. If there is a chance of finding a job, giving up addictions, normalising their lives there is a possibility of gaining custody back if they are in compliance with the plan designed by the Committee. After six months with no obvious improvements, the court may decide to take the children forever from such a household.

From Institutional to Family Foster Care

The biggest positive changes for children in custody came when Belarus committed to shifting from orphanages to family foster care. According to Child Fund International data, since 2004, the number of children put in institutions decreased by 65%, and the number of such institutions went down by 40%. Increased preference for foster care potentially means better quality life for children, but also fewer expenses for the state.

Each year, since 2007, has seen a consistent decrease in the number of children in orphanages. For example, the numbers dropped from 34% of all children in institutions in 2004, to only 13% institutionalised in 2014 according to a UNICEF report. In 2010, President Lukashenka announced that orphanages should cease to exist, and all children must live in families.

Irina Mironova, a Chairwoman of Child Fund International in Belarus, worked at the forefront of these changes and she shares her experience:

Attachment theory tells us that a child needs at least one reliable adult in their lives who can provide care and support for them on the permanent basis. These goals are impossible to achieve in the institution environment. Only family type care can do it. We aimed to create an alternative system to orphanages that would help parents to embrace their responsibilities, and become better at it. Or develop a system of alternative family type care for children who cannot stay with their biological parents for different reasons. We also needed to shift the attitudes among child protection specialists from punishing to empowering parents.

Certainly orphanages continue to operate in 2016, and so do the facilities for disabled children in custody. The number of such institutions has even grown from 9 to 10 in 2015. These children require intensive care, might never graduate to independent living, rarely get adopted, and if adoption occurs, it is usually into foreign families.

The majority of best practices introduced by international actors in child protection came from the US model called Parent Resources for Information, Development, and Education (PRIDE). This model strengthens the quality of family foster parenting and adoptive services. Simply put, everybody could become a better foster parent with a little bit of help.

But some children will never find either foster or adoptive parents, as after a certain age, namely between 10 and 17, the chances of adoption decrease significantly. In 2014, 17,234 children lived in foster family arrangement in Belarus while another 10,478 were adopted. However, only 53 children out of these 10,000 adopted in 2014 were between the ages of 14 -17. This calls for very specific services designed for such children who have spent their adolescence in orphanages.

Only a few who start adult living independently integrate well. As data shows many of them engage in risky behaviours, and incarceration rates reach up to 80% for such children. Statistics also show that they often fail as parents too, and this leads to an ‘institutional cycle’, a condition where children who grew up in orphanages end up sending their kids to orphanages.

Some of the projects attempt to create a sense of belonging for adolescent kids who fall through the cracks of state and family care. They include after-classes activities, which teach them basic life skills like personal finance, self-care, and job search techniques. Most importantly they keep these children off the streets during after school hours.

Providing quality life standards for children in custody is certainly humane, but also constitutes a social and economic investment not only in children themselves but in the nations’ security and stability. However, such initiatives are few, scarce, and chronically underfunded.

As Belarus struggles to provide long-term comprehensive support for such children, it seems a lot more could be done with the infusion of international funds and expertise in this field.