This year for the first time since its kick-off in 1997, there will be no Minsk Forum conference. The international conference, bringing together representatives of Belarusian and international political and economic organisations once a year in Minsk, has been... 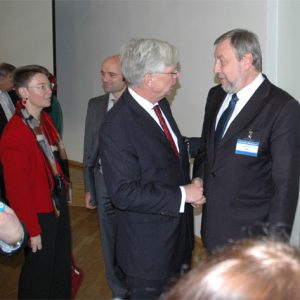 Having started on a small scale 14 years ago, the conference has grown and has been a significant fixed point for everybody working with Belarus. Every year in late autumn, state and non-state actors involved with Belarus would meet in Minsk to discuss projects, take part in panels and network.

For several years, it has been a mirror of the changing relations between the EU and its neighbours. In recent years, the Head of the Presidential Administration of Belarus, Vladimir Makej, was the keynote speaker of the conference. Last year, the German and Polish Ministers of foreign affairs even came to Minsk and met with Aliaksandr Lukashenka right before the Minsk Forum. This was symbolic for the Minsk Forum: it aimed to serve as a platform for dialogue between state and non-state actors and to bring together those who would rarely meet in Belarus under the current circumstances.

The fact that the German-Belarusian Society and its partners have now decided not to organise a Minsk Forum this year shows that EU-Belarus relations are at an all-time low this year. In the past, German political foundations served as sponsors of the forum. After the events of the 2010 presidential elections, political repressions and broken political relations between the EU and Belarus on a high-scale level, coming together in Minsk for the conference is no longer an option.

“Organising a conference which will involve the meeting of politicians from Germany and other EU countries with their counterparts from Belarus is not possible at the given point of time”, the President of the German-Belarusian Society, Prof. Rainer Lindner, states in the press release.

According to the organisation, dialogue will only be possible after all political prisoners in Belarus have been released. However, the partners of Minsk Forum committed to do their best to keep up the partnership with Belarusian civil society. Cancellation of the conference this year shows that the time of pretence is over. A clear message had been sent – not by the EU or the German government itself – but by those organising the conference, those who drive German-Belarusian relations. It is no longer possible — and there is no longer a wish — to overlook the violations of human rights in Belarus for the sake of taking a common picture with Uladzimir Makej, the chief of Lukashenka's administration, and Roland Pofalla the Chief of Staff of the German Chancellery, as it has been the case during the last years.

While it is of course regrettable that the conference is not going to take place this year because of the political situation, it could also be seen as a chance for those involved in its organisation. In recent years, although the number of participants was still growing, a sense of saturation could be felt among the participants.

A shift towards economic topics and a growing number of economic representatives tended to prevent the conference from being what it was so highly valued for: a forum for those who want to move things in Belarus, who have a chance to meet once a year and come up with projects, discuss in a free atmosphere and to be heard by those people they would not reach under normal circumstances.

Hopefully, the German and the Belarusian side will take one year to think about how cooperation could look in the future and to adjust their priorities. 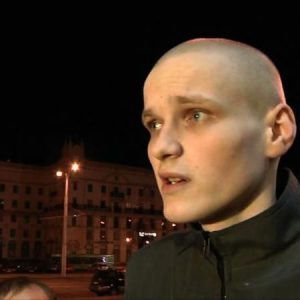 Eleven more released last week, but the most important political prisoners – three former presidential candidates and a leading human rights activist, are still in jail. On the civil society front, the most visible events relate to promotion of European values and the new wave of Belarusian political immigration abroad.

This was the third wave of releases. On 11 August, nine participants of the Ploshcha events were pardoned and on 1 September four more people. At the moment at least four people are serving their prison terms following conviction for participation in  the Ploscha events on December-19, including ex-presidential candidates: Andrey Sannikau (5 years), Mikolay Statkevich (6 years), Dmitriy Us (5.5 years).

International support of Ales Byalyatsky. On 11 August, Amnesty International called on Belarusian authorities to release a prominent human rights activist, whose pre-trial detention on charges of "serious tax evasion" is believed to be politically motivated. On 15 September, the European Parliament in Strasbourg adopted a resolution calling on the Belarusian authorities to release human rights activist Ales Byalyatsky and other political prisoners and condemned the crackdown on opposition and civil society in Belarus.

European Club in Brest. Regional Development Agency "Dzedzich" together with the "For Freedom" movement establish The European Club in Brest. The purpose of the Club is promotion – especially among young people – of the European way of life and European values. The project has already published the first issue of its "Euroclub" paper, distributed among students of Brest universities.

"Tell the truth!" plans to build "SuperBelarus". The "Tell the truth!" campaign, led by ex-presidential candidate Vladimir Neklyayev, is launching a "SuperBelarus" strategy. The strategy is based on conducting social oriented activities which should lead to a positive Belarus, worthy of the pride of its citizens.

4th Congress of the new Belarusian Diaspora. On 14-18 September, the Congress of the new Belarusian Diaspora in Europe and the US was held in Tallinn (Estonia). Organizers are Belarusian NGO "Third Way", the Estonian NGO «Valgevene Uus Tee», etc. About 50 participants came from different countries, including Ales Mikhalevich, Sergei Chaly, Victor Malishevsky, Natalya Radina, Ales Zarembyuk, and Pavel Marinich. During the event participants visited sessions in the Estonian parliament, discussed the situation after the last election, and discussed the new wave of political exiles and joint projects.

Belarusian Center in Lviv. In September, a Belarusian Center started working in Lviv (Ukraine), established by Belarusian activists Vyacheslau Siuchyk and Yury Karetnikau. The purpose of the Center is the promotion of cooperation between the Belarusian opposition and Ukrainian politicians, and the organization of cultural and historical events to inform Ukrainians about the situation in Belarus.