On 11 May, the Union of Poles in Belarus sent around 6,000 signatures to Alexander Lukashenka demanding an end to the Russification of Polish schools in Hrodna Region.

In July, The Belarusian Ministry of Education plans to decrease the number... 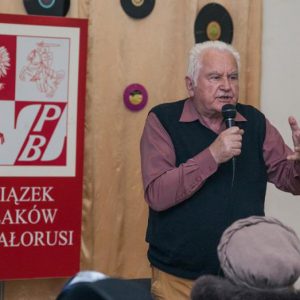 A Meeting of the Union of Poles in Hrodna. Photo: belsat.eu

On 11 May, the Union of Poles in Belarus sent around 6,000 signatures to Alexander Lukashenka demanding an end to the Russification of Polish schools in Hrodna Region.

In July, The Belarusian Ministry of Education plans to decrease the number of subjects taught in Polish in Polish schools of Hrodna and Vaukavysk.

The independent Union of Poles advocates for Polish language and traditions. However, it is often met with oppression of the authorities. Restricting the use of Polish language could strongly influence the further development of the Polish movement in Hrodna Region.

Who Represents the Poles in Belarus?

Historically, most Poles in Belarus have resided in Hrodna Region. According to a 2009 census, more than 20% of Hrodna Region’s population was Polish. The most Polish town in Belarus was Voranava, where around 80% of the population identified themselves as Poles. Cultural and historical circumstances brought more Poles to Hrodna Region than other Belarusian regions.

Two separate Polish associations represent the interests of the Polish minority in Belarus. Founded in 1988, the Union of Poles created a newspaper and opened two Polish schools in Hrodna and Vaukavysk. By 2005, the Union had opened 16 ‘Polish Homes’ and boasted more than 25,000 members. However, as early as 1997, the Belarusian authorities were accusing the union of political provocation. 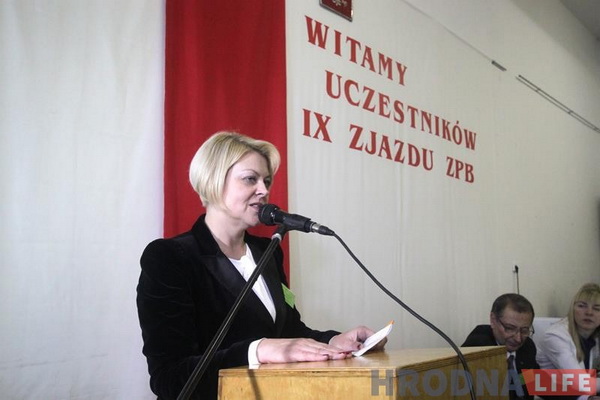 In 2005, the Union was divided into two different organisations. The Ministry of Justice did not recognise the leadership of Anžalika Borys, who was elected Head of the Union of Poles over the pro-governmental representative Tadevush Kruchkowski.

The situation escalated, and the following conflict resulted in a schism. Today, there are two Unions of Poles in Belarus, one of which is loyal to the authorities and one of which is independent.

Currently, the activities of the two unions coordinate with two different governments. The Belarusian government recognises the official Union of Poles and points to 18 separate registration violations for the unofficial Union. Meanwhile, the Polish government largely communicates with the independent Union of Poles.

The Belarusian government has taken advantage of the split within the Union of Poles to maintain control over activism among the Polish minority in Belarus. For example, authorities openly supported the candidature of an especially loyal contender in 2005. However, according to activist Andrej Pačobut in a Belsat interview, the authorities have basically created their own union with pro-governmental representatives and decision-makers often working for the secret services.

The independent Union of Poles points to repeated violations of the Polish minority’s rights. In the 1990s, Head of the Union Tadevush Havin highlighted the need to protect the status of the Polish language, also calling to promote Belarusian, writes Spring96. However, the Russification of the education system did not affect use of the Polish language in the region until recent years.

Over the last several years, the authorities have been creating obstacles for the promotion of Polish language. In 2012, the Ministry of Education suggested diminishing the use of Polish language in education in Polish schools in Hrodna and Vaukavysk. In February 2017, the topic came up again, leading to an amendment to the Education Code. 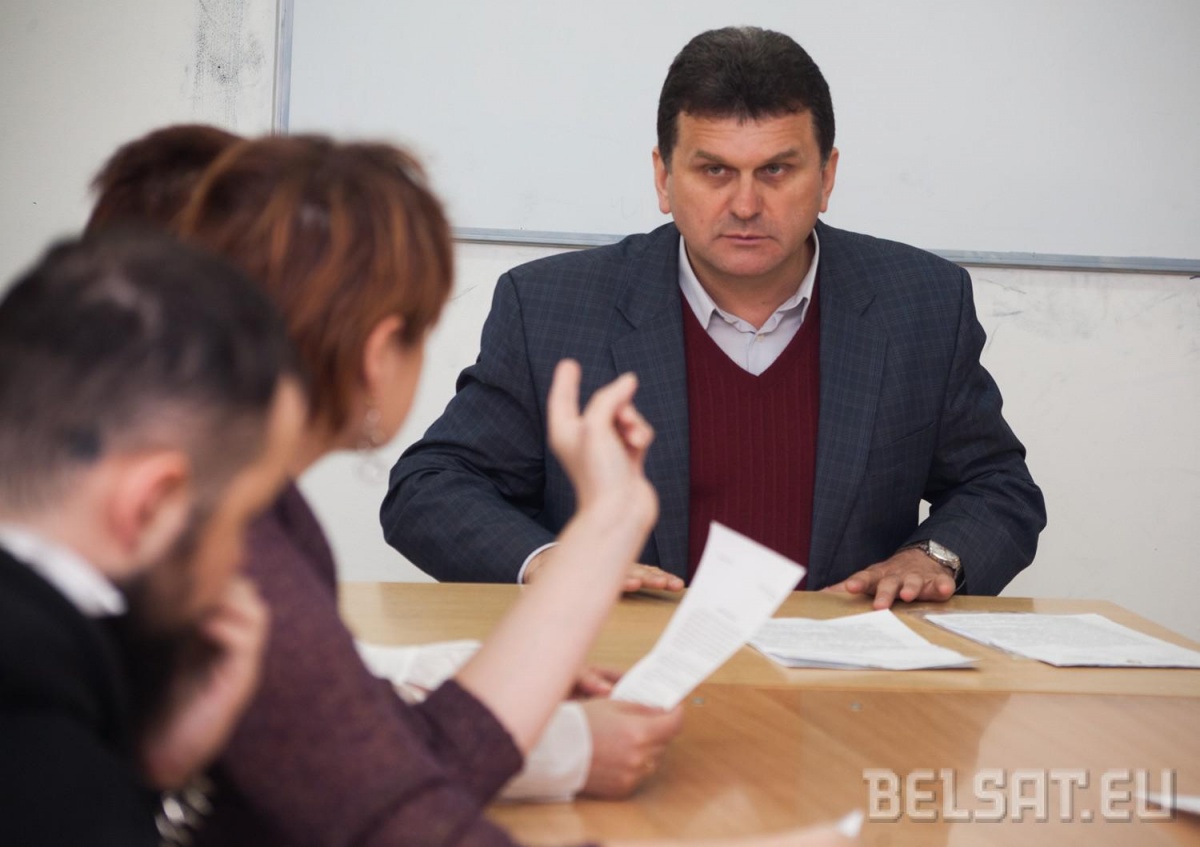 On 17 April, the petition was shot down by the Ministry. The reply caused the local minority to put every effort into defending the Polish language at the only two exclusively Polish schools in the country. On 11 May, the independent Union gathered around 6,000 signatures against the amendments to the Education Code and sent them to Alexander Lukashenka.

The letter called on Metropolitan Tadevuš Kandrusievič to ‘prevent the activism of Anžalika Borys from advocating for the Polish language in churches’. However, on 21 May, the Metropolitan told Krynica.info that he did not receive any such letter. Andzhei Pisalnik, the press-secretary of the independent Union of Poles, believes that the letter represents yet another attempt to 'discredit the Union' as it actively fights against the reformation of Polish schools in Hrodna Region.

The Polish Minority – a Threat to the Regime?

Education for the Polish minority in Belarus has already experienced pressure during recent years. In 2015, authorities shut down the last Polish-speaking kindergarten group in Hrodna.

The diminished role of Polish in education has become a crucial issue for the Polish minority in the region. Replacing it in schools with 'one of the official languages' would mean replacing it with Russian, due to the predominance of Russian language in education. 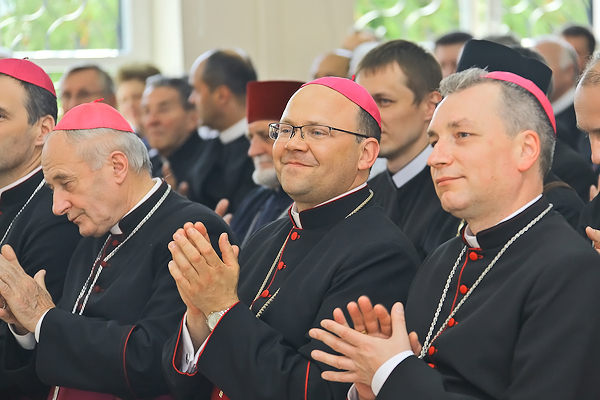 Besides restricting use of the Polish language in education, the state aims to influence the sphere of religion. Activist Andrej Pačobut points out that priests coming from Poland receive shorter visas (for 3-6 months) than they had before. Earlier, in 2009, three priests had to return to Poland because they conducted church services exclusively in Polish.

The current wave of Russification seems to have economic motives rather than ideological ones. The Polish minority in the region is on the rise due to the simplicity of acquiring a Pole's Card. This could have both positive and negative consequences, including brain-drain, labour migration, cultural exchange, and democratic learning.

The authorities are aiming to prevent brain-drain and labour migration to Poland through Russification of the education system and restrictions for certain groups of Belarusians. For instance, Belarusian officials and their children are forbidden from applying for Pole's Cards from Belarus and have to travel to Poland to file documents.

What does Belarus want from China? 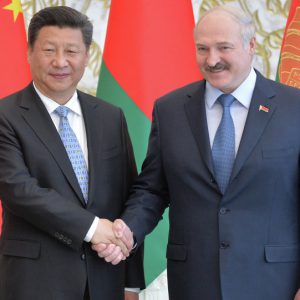 Alexander Lukashenka and Xi Jinping at the One Belt, One Road international forum. Photo: sputnik.by

Earlier, from 24 to 26 April, head of the Belarusian Security Council Stanislaŭ Zaś visited China to discuss several issues with important Chinese defence officials. This is yet more evidence of the Belarusian authorities’ strong interest in building a strategic partnership with China.

Belarusian authorities constantly allude to the strategic nature of relations between Belarus and China. On 4 May 2017, President Lukashenka even gave a special press-conference to the Chinese media, in which he once again highlighted the close ties between the two countries.

However, whether Beijing is of the same opinion is dubious, especially given the political situation in Belarus and Minsk's relations with the European Union. After all, the Chinese are famous for their pragmatic approach to foreign policy.

A response to Russian 'food blackmail'

Nevertheless, China is actively cooperating with the the government in Minsk. Thus, the latest visit of a Belarusian delegation to Beijing, headed by Lukashenka, resulted in several significant agreements in the sphere of economics.

On 15 May 2017, the Belarusian Minister of Agriculture and Food Leanid Zajac and the Minister of the State Administration of China on Quality Control, Inspection, and Quarantine Zhi Shupin signed an agreement allowing Belarusian beef on the Chinese market. The day before, representatives of Belarusian agricultural companies signed contacts on the supply of Belarusian dairy products to China, amounting to $13m. At the same time, the Ministry of Agriculture and Food of Belarus signed a protocol of intentions with the Chinese corporation DRex on direct investment in the Belarusian agricultural sector worth $1bn.

Such cooperation is welcome in Belarus, where exports to Russia have been declining. It also functions as a sign to the Kremlin: Belarus is capable of finding a market for its food industry products should Russia continue pushing Belarusian products out. Presently, Moscow continues to use restrictions on Belarusian food products on the Russian market in order to put political pressure on Minsk.

On 14 May 2017, Belarusian Deputy Finance Minister Jury Seliviorstaŭ announced a series of agreements with the Chinese on the implementation of three engineering projects worth more than $340m: the construction and development of the Amkadormash, Saleo-Homiel and Saleo-Kobryn enterprises. Two days later, Minister of Economy Uladzimir Zinoŭski met with the top management of China Railway Construction Corporation, which declared its intentions to participate in the building of high-speed railway in Belarus.

Finally, on 16 May 2017, Xi Jinping announced the possibility of providing a $1bn loan to Belarus for the modernisation of oil refineries. 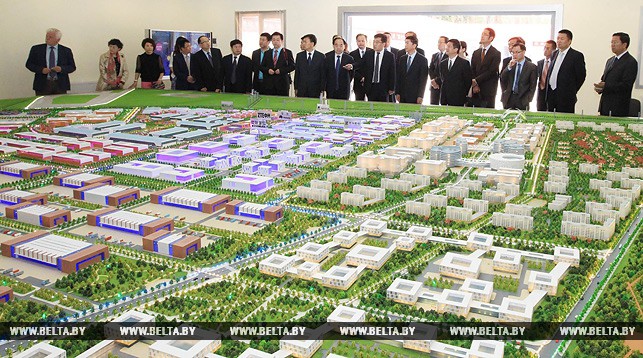 Meanwhile, another four Chinese enterprises have become residents of the Belarusian-Chinese industrial park Great Stone on 15 May 2017. However, it would be premature to call this event a success or a guarantee of large-scale Chinese investment. According to an investigation conducted by the independent TV channel Belsat, only two companies are operating in the industrial park at the moment, despite the fact that the Belarusian government had announced much larger plans and perspectives.

Initially, both sides planned for the park to become a Chinese industrial cluster situated in a strategic location – right at the border of the European Union. The project kicked off in 2010, when relations between Minsk and Brussels were much warmer, and some politicians and media sources even discussed the possibility of Belarus’s joining the EU in the foreseeable future. However, following the events of 19 December 2010 and the ensuing mass repression, the pace of development of the project woundd own significantly. It gained speed once again only after the detente in Belarusian-EU relations in 2014.

Beijing sees Great Stone as a jumping-off point for an invasion of Chinese products in Europe. This is why the success of the project depends largely on Minsk's relationship with Brussels, as well as on the political stability of the country. Should the current atmosphere of low trust between Europe and the Belarusian regime continue, Great Stone will survive only on paper and in the dreams of Belarusian officials.

As Belarusian officials like to underline, 'Belarus plays the role of the door to the market of the Eurasian Economic Union'. But China has no need to enter this market from the back door – it is close enough to Russia itself and has no trouble selling Chinese products there.

During his visit to China on 24-26 April 2017, Stanislaŭ Zaś met with Secretary of the Political and Legal Commission of the Central Committee of the Communist Party of China Meng Jianzhu, the Minister of Public Security Go Shengkun, the Minister of State Security Chen Wenqing, and the Minister of National Defense Chiang Wanquan. The sides discussed fighting international terrorism, extremism, illegal migration, and cross-border organised crime. They gave much attention to the further development of military-industrial cooperation and issues of information security. 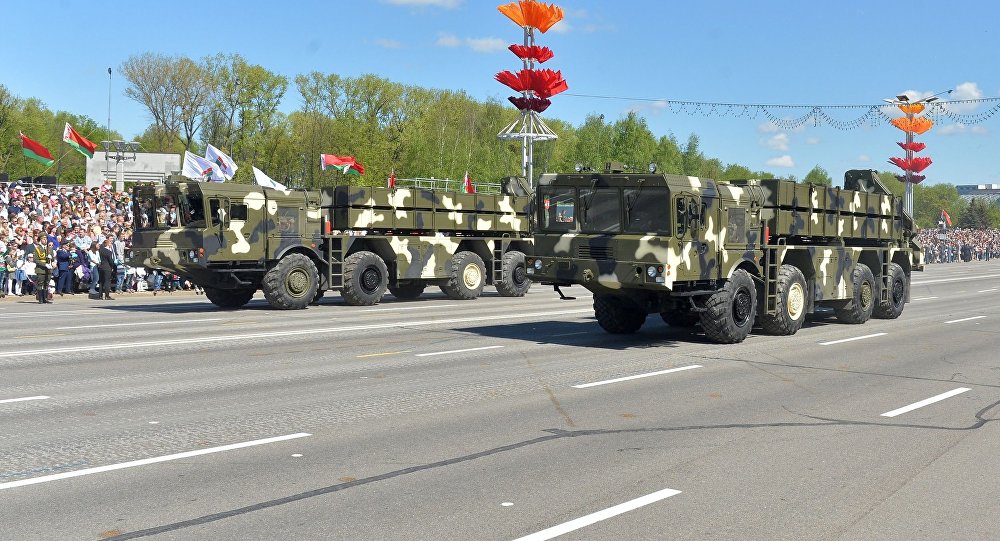 The latter is especially notable given the recent protests in Belarus and the regime’s failure to control the country's information space. The Belarusian authorities may be interested in studying the Chinese experience of moderating information and cyber-security measures, as well as in getting information about Chinese state-backed hacking groups.

Meanwhile, the Belarusian missile programme, which uses Chinese technologies, is a good example of already existing cooperation. The MLRS Polonaise is the direct result of this partnership. The Belarusian authorities have repeatedly stated their desire to create their own operational-tactical missile system with the help of Beijing. Belarus launched this project after Russia refused to provide Minsk with its Iskander missile systems.

Belarusian defence officials also mentioned cooperation in the UAV development, which could mean that the Belarusian military would finally obtain their own combat UAV.

These facts show that relations between Belarus and China could develop further and be profitable for both sides. At the same time, the Belarusian authorities should understand that Beijing will not give Minsk preferential treatment in exchange for promises of loyalty and statements about 'brotherhood'. Whether Belarus can manage to attract Chinese investment depends largely on the image of Belarus on the international arena and its relations with the European Union.