On 1 October the investigative platform Bellingcat reported that Russia has withdrawn its fighter jets from Belarus. After analysing satellite images, it found no Russian planes on the Baranavichy ​airbase. Bellingcat also found that they had not been redeployed... 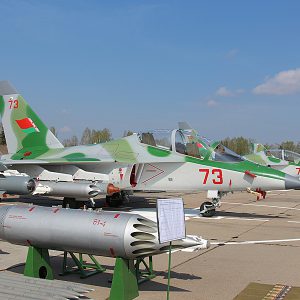 On 1 October the investigative platform Bellingcat reported that Russia has withdrawn its fighter jets from Belarus. After analysing satellite images, it found no Russian planes on the Baranavichy ​airbase. Bellingcat also found that they had not been redeployed to any other airfield in Belarus.

This report clarifies why Russia has finally agreed to sell Minsk new fighter jets. In mid-September, a report leaked from the Belarusian parliament revealed that Minsk had included the cost of state-of-the-art Russian fighter jets in the next year's national budget.

The Belarusian government has had a long standing dispute with the Kremlin on how best to secure the Belarusian segment of the Single Air Defence System should the Belarusian Air Force not have enough planes. In the end, Minsk prevailed. It will apparently receive new planes for the Belarusian army rather than a Russian air base.

Getting Putin's foot out of the door?

In 2013-2015, Moscow tried to persuade Belarus to host a Russian air base. It did have reasonable arguments: the Belarusian Air Force has had difficulties meeting its obligations to the Single Air Defence System of Belarus and Russia. Minsk has decommissioned numerous planes and the technical condition of the remaining aircraft has deteriorated.

The Kremlin, however, has been contributing to this situation for years by denying Minsk newer planes. At one point, a Russian firm even transported several newer second-hand Su-30MKI planes to Baranavichy for storage. Minsk was sure it would be able to buy them. Unfortunately, Moscow decided to sell them elsewhere.

In 2013, the Kremlin launched a pressure campaign to force Belarus to host a Russian air base. What's more, in December 2013, Russia deployed four of its Su-27SM planes to Baranavichy. Minsk had apparently requested them in order to guarantee the security of the 2014 Ice Hockey World Championship in Belarus. However, the planes remained there after the event and their otherwise inexplicable presence seemed to be a sign of the Kremlin getting its foot in the Belarusian door.

However, facing resistance from Minsk, Russia’s plans failed at the end of last year and Belarus began to strengthen its air force. Seeing no prospects for a base, Russia eventually withdrew its planes from Baranavichy last May.

In recent years the Belarusian government appears to have reconciled itself with the national army’s downshifting in air force capacity. This mind-set is also reflected in official rhetoric. Belarusian military officials have criticised the sophisticated yet out-dated Soviet-era planes it possesses already as unreliable. 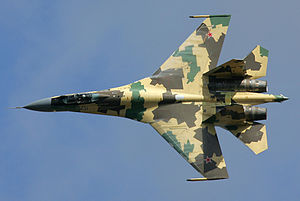 According to them, the Russian-manufactured Yak-130 could replace almost all types of combat aircraft Belarus inherited from the Soviet Union. They downplay the fact that the Yak-130 is only suitable as a trainer and light ground-attack aircraft.

Minsk has started stocking up on this type of Russian aircraft. In mid-September, Belarus was delivered its fifth Yak-130. This was the first plane the Belarusian army received from its second contract with the Russian Irkut corporation concluded on 26 August 2015.

Only this year did Belarusian officials cautiously begin to discuss their plans to buy something more sophisticated than the Yak-130. Belarus initiated talks with Russia on the purchase of Su-30 fighter jets over the coming years. Despite not being a top-of-the-line plane, the Su-30 nevertheless possesses more advanced capacities than the Yak-130. These prospects, however, were uncertain for Minsk.

But then the media published a bombshell. On 15 September, a discussion in the Belarusian parliament disclosed plans to purchase four Su-35, the most modern Russian fighter jet. The parliament held debates on how to fit their cost into the national budget.

Tut.by, the largest Belarusian internet portal, reported that although the 2017 budget provided for allocations to procure military equipment, this was not enough money for Su-35s. Deputy minister of finance Yury Seliverstau insisted that the government could make additional purchases – meaning Su-35s – only if it could find additional sources of revenue 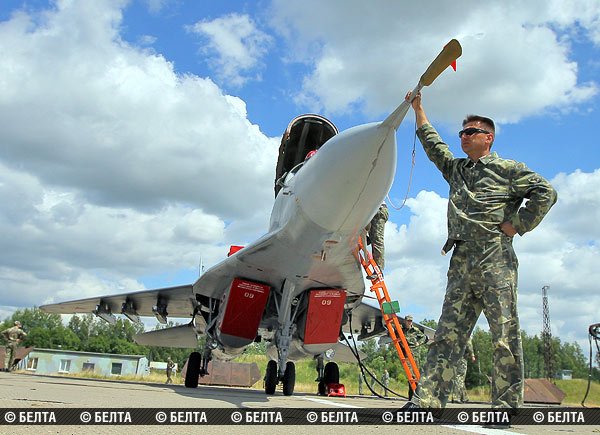 Seliverstau requested that parliamentarians not reveal the sums involved in the possible Su-35 deal. Yet this remains the most intriguing detail. On one hand, these planes – regarded as not only the best of Russian industry but also among the best in the world – would significantly boost the capabilities of the Belarusian military. On the other, if Russia demands significant payments in real money for the aircraft, the deal begins to appear more questionable.

After all, Minsk’s planes do not just contribute to the defence of Belarus itself. They will also guard the Belarusian segment of the Single Air Defence System of Belarus and Russia. Hence, the fact that Russia could be profiting by selling Belarus planes which provide security for Moscow does not seem so cordial. A Russian ally paying in real money would look especially odd given similar deals between Russia and more distant states. For instance, Moscow sold Malaysia modern aircraft and received a large part of the payment in palm oil.

Minsk, certainly, has few options but to buy the Russian planes – which are undoubtedly excellent aircraft. The Belarusian air force suffers from a lack of new planes: over the last two decades it has bought only L-39 trainers, Yak-130 trainers, and light ground-support aircraft.

Last year, Belarus also completed the modernisation of ten MiG-29 fighter jets. Nevertheless, without new planes the national army would soon be unable to guard the sky. And because it guards not only the Belarusian sky but also participates in the Single Air Defence System with Russia, this deficiency would become a major issue in bilateral relations.

Meanwhile, Minsk is moving to improve not only its fighter jets but other parts of its air force as well. On 6 September the Belarusian 558th Aircraft Repair Plant and the Russian Firm Vertolety Rossii signed a contract on repairing certain components of the Mi-24 attack helicopters deployed by the Belarusian military. Besides purchasing Mi-8MTV-5 transport helicopters from Russia, this has become the most significant action so far taken to bolster the helicopter fleet of the Belarusian army. 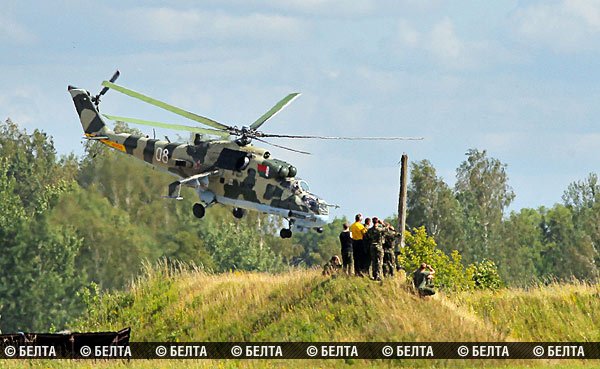 Moreover, Belarus has decommissioned all of its Su-24 bombers and apparently plans to decommission its Su-25 close air support aircraft. This leaves the Belarusian army with Mi-24 attack helicopters as its strongest airborne source of firepower on the battlefield. Importantly, this is the chopper most suitable for deployment against insurgent activities such as those in Eastern Ukraine and which Minsk fears most.

To summarise, in developing its air force, the Belarusian government is pursuing two different goals requiring different equipment. The first is to fulfil its obligations as part of the Single Air Defence System while avoiding the deployment of Russian combat units on Belarusian soil. For this, Minsk needs modern fighter jets such as the Su-30 or Su-35.

The second goal is to prepare for possible contingencies of the kind Ukraine faced in its eastern regions. This requires both transport and means of close air-support (provided by Mi-8 and Mi-24 helicopters, correspondingly). Minsk procurement of military equipment seems to take both goals into account.

Pro-life vs pro-choice in Belarus 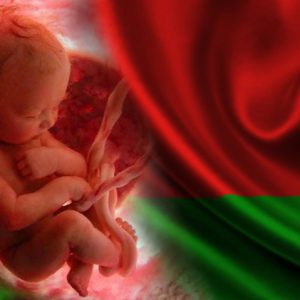 Unlike Poland, Belarus does not infringe on women’s reproductive rights. Its legislation guarantees the right for every woman to decide on motherhood herself.

However, since late September, the Belarusian media have been actively discussing the pro-life and pro-choice standpoints. These debates reveal that society remains divided on the issue of abortion.

In 2013, Belarus revised its abortion legislation, yet it still remains very liberal in comparison to Poland; women can decide for themselves whether they want to become mothers. Current laws allow abortions until up to the 12th week of pregnancy. Under certain conditions, such as rape, it is also possible up until the 22nd week of pregnancy. 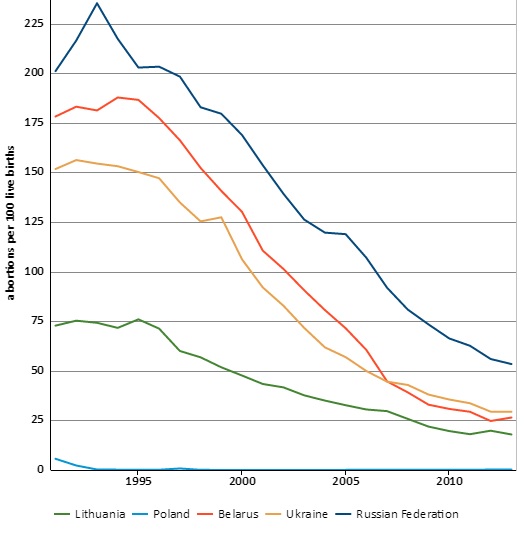 Since 2014, psychological consultations have been a requirement for all women who wish to terminate their pregnancy. Currently, such counselling leads to around 20 per cent of women changing their minds about having an abortion. Doctors in Belarus can also refuse to perform the procedure, reserving the right to redirect women to a different medical professional.

Concerned about the negative demographic trends and low birthrate in Belarus, the state also supports other pro-life initiatives. Besides counselling, it has introduced incentives for families with children and sponsors awareness campaigns. For instance, in 2015, the National Programme of the Demographic Safety of Belarus organised events such as “a week without abortions” at selected hospitals across the country.

In the pro-life camp, Belarusian conservative forces have been teaming up with religious institutions to protest abortions. In recent media debates on abortion, the Belarusian Christian Democrats in particular have reiterated their uncompromising position as the country's major pro-life advocates.

On 23 September 2016, Volha Seviarynec, married to leading Belarusian Christian Democrat Pavel Seviarynec, publicly shared her personal story about deciding against having an abortion under circumstances in which a majority of people would have opted for one. 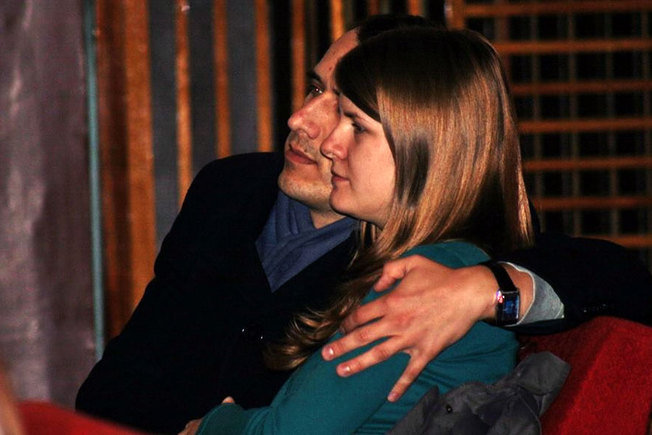 During the 12th week of pregnancy, Volha’s child was diagnosed with a serious genetic disease known as Patau syndrome. Even though doctors strongly advised them to terminate the pregnancy, the couple refused. After the birth, their child survived for only eight days. Volha acted in this ordeal according to her faith, and her going public with the story sent a powerful pro-life message.

A few days later, tut.by published a series of interviews with Anna Gerina, coordinator of the charitable organisation Genom. The foundation was established by the families of terminally ill children with rare genetic neuromuscular diseases. Anna’s story is also a tragic one, as she turned her life around fighting for her daughter Yana, diagnosed with spinal muscular atrophy at the age of eight months.

According to Gerina, there are no statistics available on the number of people suffering from this disease in Belarus. Moreover, the country does not have a single doctor specialising in such cases as her daughter’s. The life expectancy of these children remains low and the state does not invest resources into programmes that could help them.

Anna too believes in God, yet she is on the pro-choice side. In her opinion, no mother with prior knowledge of the diagnosis would consciously choose to give birth to a child with this kind of genetic disease: “It is not for the sake of the woman, but for the sake of the child.”

Husbands and partners often shy away from responsibility, refusing to take part in the decision to terminate the pregnancy. Thus, the woman alone bears the pressure of family planning. 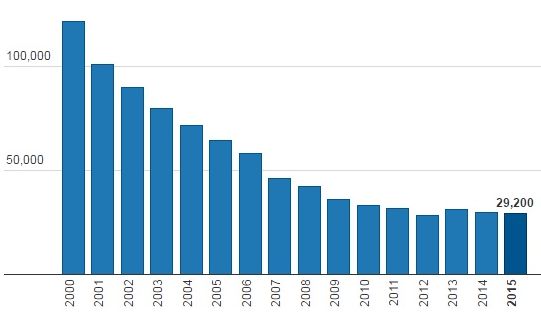 The Belarusian media regularly report gruesome cases of discarded and abandoned babies. Just recently, on 19 September, a 28 year old mother dropped her newborn daughter down the garbage chute of a residential building in the Minsk suburb of Machulishchy. The child, who was just three hours old, miraculously survived falling from the seventh floor.

Hospitals still do not offer baby-boxes, which could help save the lives of unwanted newborns and give their mothers a way out. On 21 September, the newly elected Belarusian parliament declared its intention to discuss introducing such an initiative, which already exists in Russia and Ukraine. Civil society activist Nasta Dashkevich pointed out that along with baby boxes, the state could also guarantee the right to anonymous childbirth, ease adoption laws, and foster a more child-friendly mentality.

However, presidential decree Nr. 18, adopted in 2006, might obstruct the baby-box initiative. It imposes certain obligations for women considering leaving their newborn in the care of the state: she must reimburse the costs of the child’s upbringing and education. Thus, women with low incomes are more likely to choose abortion over preserving a life.

Offering counselling for women who are considering terminating their pregnancy remains a short-term fix. In the long run, the state should invest resources in promoting a healthy lifestyle and responsible family planning. Demystification of modern hormonal contraceptives could also help women avoid difficult choices. Ideally, these topics should also become a part of the educational system.