Excerpts on Belarus from the US Helsinki Commission hearing held on October 28, 2009 in Washington, D.C.:

Excerpts on Belarus from the US Helsinki Commission hearing held on October 28, 2009 in Washington, D.C.:

…Mr. Chairman (referring Sen. Benjamin Cardin – D-MD), you and I visited Belarus this past July along with other members of the Commission. And we had, as I think most people know certainly in this room, had a private meeting with Alexander Lukashenka.

Lukashenka was aggressive in that meeting demanding that our government revoke certain sanctions put on his government by the Belarus Democracy Act, which first became into law back in 2004 and was reauthorized in 2007 and major provisions of it which were adopted into this year’s State Department authorization bill. I know from countless meetings with the Belarusian democratic reformers and human rights activists how these sanctions sustain them against the dictator both materially and morally.

And we saw with our own eyes that the sanctions are a big factor in the dictator’s thinking. He wants them removed. And so they have to say – if they’re going to have it removed, there needs to be substantial progress in the realm of human rights and they must treat those dissidents with respect and not the scorn, and really much worse than scorn, with which Lukashenka and his thugs have done so in the past…

…Secondly, I’d like to raise – and if you want to comment on that in a second, I appreciate if you would – on Belarus. Our chairman led us to Minsk. We had an excellent meeting. We had more than a dozen members in a face-off friendly but firm with Lukashenka. And I know, Mr. Gordon, I think on the 14th of August, you met with Lukashenka as well. I believe that was the date, whatever date it was.

REP. SMITH: Okay, but it seemed as if he wants to obviously see a reversal or a amelioration of those sanctions. My hope is not until we have real deeds and not promises or even minor deeds. We need some substantial deeds from this event. And again, that’s the message we heard from our friends in the dissident community. If you could speak to that. …

… On Belarus, indeed I appreciated the opportunity we had to compare notes on this after your trip and before mine. To clarify, I spent some time with the Belarusian leaders, but didn’t meet with President Lukashenka. That could happen at some other time, but we felt this time it was appropriate to do business at a different level. And the business was what we discussed. And I think we had very much the same message, which is that as the Administration has mentioned in other cases, we are open to dialogue and engagement. And we have noticed a couple of signs, not nearly enough, but enough from Belarus to merit talking further about this. And I went to Minsk with a very clear message. And I was the most senior official to go to Minsk for 10 years from the State Department. And we wanted them to notice that as well. And the message was that if they want a better relationship with the United States and certainly if they want any scope for lifting the sanctions that have been put on them, then they need to go about their democracy and human rights practices differently. And that’s the core of the issue.

There’re other things we care about, like getting our embassy fully staffed. We welcome the fact that they released an American citizen, Mr. Zeltser, thanks in part to your good work. We took that as a sign that they might want to different and better relationship. And some other modest steps that they had taken about registering NGOs and media. But I made clear to them that they still have a very long way to go and that there was linkage between the two things. So we’ll see what comes of that. I think it was a good thing that you all went. I think it was appropriate for me to go and let them know the different future that could be available if they do different things at home, but also that there won’t be a different future if they don’t. And we’ll see what comes of that. From our point of view, we’re going to sustain this approach, but we will need to see results from them before there’s a significant change in our policy.

We’re also, I should add, working very close with the Europeans on this, who I think have a similar approach. They also have sanctions on Belarus. They also focus on democracy and human rights. And we’re more powerful when we work on this together because of one of us slips, then you lose the leverage of the entire West pushing them on the issues that we care about. … 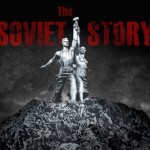