When do the Belarusian authorities compromise with civil society?

Alesia Rudnik 22 August 2017
On 21 July, residents of the Minsk district of Asmalouka finally succeeded in halting the planned demolition of their neighbourhood. Since 2014, the authorities have been planning to tear down a historic district of Minsk. However, local residents and... 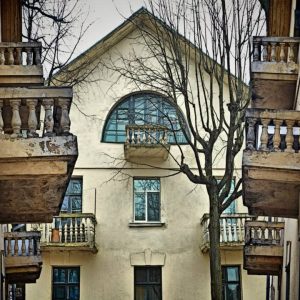 On 21 July, residents of the Minsk district of Asmalouka finally succeeded in halting the planned demolition of their neighbourhood. Since 2014, the authorities have been planning to tear down a historic district of Minsk. However, local residents and activists started a campaign to prevent the demolition and were able to temporarily freeze the process.

Every now and then, by making concessions to protest-minded citizens, the state gives the impression that it is willing to compromise, creating an illusion that the government listens to the people. Local initiatives addressing economic or cultural problems especially are more likely to receive a green light from the authorities.

Many consider the Minsk district of Asmalouka to be unique and historic. The area was built from 1940-50 for the Belarusian military elite. Asmalouka is a place with unique architecture according to i2C Architects, replete with stately two-storey houses. 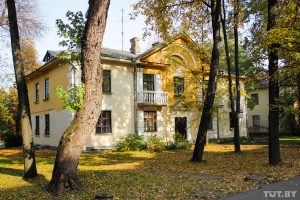 As art critic Sergey Hareuski told Nasha Niva: ‘Asmalouka is the only place where this kind of building comprises a whole neighbourhood. The fact that this quarter has survived in its entirety, the only example in the whole former Soviet Union, is in itself important.’

Discussion of demolishing Asmalouka began in 2014. The authorities proposed tearing down the houses to construct new buildings in their place. However, the process was postponed due to lack of funds from investors. In 2017, the question was mooted again and the local authorities raised the issue of Asmalouka for public discussion.

The authorities’ position triggered residents to protest the reconstruction plan. In addition to talks with the authorities, citizens created a petition and sent it to the Administration of the Central district of Minsk. To date, more than 7,000 people have signed the petition. Interestingly enough, there is also a rival petition to reconstruct Asmalouka. 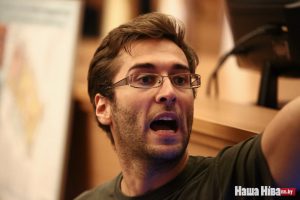 In mid-July, residents of Asmalouka and other districts of Minsk gathered to discuss their next steps in the struggle against the reconstruction project. In addition to petitions, residents managed to collect more than 8,000 signatures during meetings. The purpose of the latest meeting was to nominate representatives of the Asmalouka district to participate in discussions about  reconstruction.

Belarusian blogger Anatoly Matolka became one of the participants of the Asmalouka protection campaign, even managing to secure a meeting with representatives of the government. As a result, the authorities stated that the demolition Asmalouka was still only under consideration. The campaign still seeks to secure historical-cultural status for the neighbourhood.

For now, the reconstruction of Asmalouka has been suspended. However, local residents and activists consider the results of their campaigns a success. A similar story took place in 2014, when the government presented a plan to build a road through Sevastopol Park. Residents of the area appealed to various authorities to reverse the government’s decision and save the park. As a result, the authorities revised the decision and left the park untouched.

On 14 August, residents of Minsk started a petition to create a ‘park named after the first president of the Republic of Belarus’. This unusual idea emerged when the authorities proposed constructing high-rise buildings in a green space. 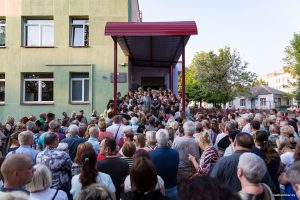 Today, locals are struggling with another large-scale construction project, involving more than 50 buildings in the area of Partyzanski Avenue. A public hearing on 16 August, organized by local authorities, broke down due to lack of space for all the participants.

Such incidents remain relatively common. However, the authorities and investors still have the final word, especially when it comes to economically important large-scale projects.

For example, the public hearing on the construction of the nuclear power plant did not get very far. The scale of the project made listening to the public unfeasible for the authorities. As a result, they covered up accidents, including the death of several workers.

When do the authorities compromise?

Belarusian protestors enjoy only limited success when it comes to pressing socio-economic problems. Protests against the social-parasite decree have shown that the Belarusian authorities still do not hesitate to employ repressive measures against vocal citizens. Anarchist groups, journalists,  and students all fell victim to suppression when protests against the so-called decree number three were dispersed.

It seems that the authorities are willing to compromise when campaigns pose little threat to the regime. Thus, protesting construction projects has recently become a form of civic participation. Here, the authorities seem to be willing to meet protestors halfway. However, this is certainly not the case for large-scale and economically important projects such as the Belarusian NPP.

Asmalouka is an encouraging example of a local advocacy campaign. However, it still remains rare for the authorities make concessions to public initiatives in Belarus. Large-scale public campaigns often involve the participation of political and social activists: the regime perceives such campaigns as a threat to stability and their power.

How poverty spreads across Belarus 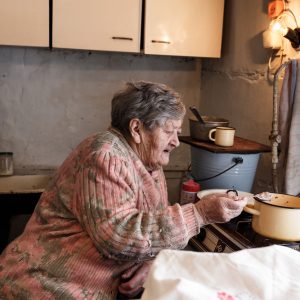 Perhaps one of Lukashenka’s greatest achievements in Belarusian society has been his fight against poverty. In the worst years of the 1990s, half of the population of Belarus was languishing below the poverty line. This figure is now 10 times smaller.

However, poverty is once again on the rise. In some regions, the average worker earns just $100 per month, barely over the Belarusian poverty line (around $90).

The main reason people end up below the poverty line is loss of employment, as the state fails to provide any meaningful help for the unemployed. Belarusians on the dole are entitled to around $12 per month. Residents of neighbouring Poland, meanwhile, receive around $200.

It seems that poverty is doomed to continue spreading, as the authorities see no way out of the crisis other than shifting the country’s economic woes onto the backs of the poor.

There and back again: Belarus’s road to poverty

Two decades ago, Belarus was an unambiguously poor country. In the 1990s, all over the region, wages dropped dramatically as a result of the collapse of the socialist economy. At that time, about half of the population of Belarus was below the poverty line.

Thus, it is no surprise that the campaign slogan of Aliaksandr Lukashenka in 1994 was ‘take people away from the abyss’. This message proved successful, and perhaps his fight against poverty is the reason Lukashenka has remained popular for so long. Belarusian economic growth most benefited the poorest segments of society, as director of the IPM Research Center Aliaksandr Chubrik told the author. 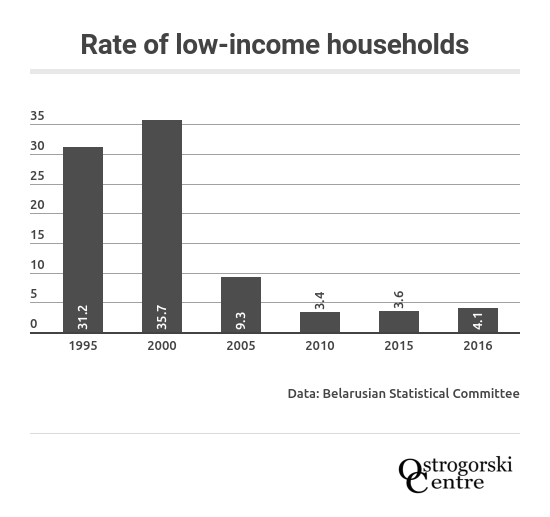 However, much has changed since the 1990s, and the current recession has drastically affected the poor. Despite claims of the authorities that the Belarusian economy is finally resuscitating, the crisis continues in the east of the country. According to official data, during the first half of 2017 the economies of Vitsiebsk Region shrunk by 3.2% and Mahiliou Region by 2.6%.

However, even if the economy grows, the poorest of the poor will not necessarily reap the benefits. In recent years, redistribution of resources is slowly tipping in favour of the wealthiest. If in 2010 20% of the richest Belarusians owned 36.7% of the total wealth, in 2016 this figure jumped to 38.8%, according to data from the Belarusian Statistical Committee.

This figure may in fact be misleading: inequality is probably rising even more sharply. Many rich people have bank accounts abroad and find legal ways to avoid paying taxes. For instance, while people working in the ‘old economy’ pay all taxes, IT companies are asking the Belarusian authorities to prolong already existing tax benefits for IT businesses and give them even more. Exacerbating the situation, anywhere from 10 to 25 per cent of the working population in Belarus operates in the shadow economy, according to the Solidarity with Belarus Information Office. The state is unable to redistribute wealth from this sector to those most in need.

In response to this crisis, foodsharing is gaining popularity in some parts of Belarusian society. People share posts on vk.com, the most popular social network in Belarus, offering food they want to give away. It usually only takes several minutes for someone to make a claim. Some people are even willing to go from one end of Minsk to another just for a meal. The largest foodsharing page on social media now has more than 8,000 followers.

The World Bank sets out four important factors which contribute to poverty: younger age, living in the countryside, unemployment, and low education. In the case of Belarus, employment and region of residence seem to be the most important.

Unemployment certainly remains the deciding factor, as Belarus lacks a proper system of social protection for the unemployed and obscures the real unemployment rate. Welfare benefits for the unemployed range from $12 to $24, and ‘less than 10% of unemployed people actually receive them’, says economist Aliaksandr Chubrik.

Thus, this winter’s social parasite protests should come as no surprise: people are simply not making enough money to live. Protestors in 12 Belarusian towns marched against a Belarusian tax on unemployment, gathering around 20,000 demonstrators. Many people linked the end of the protests to the fact that the weather improved and people went to their ‘dachas’ in the countryside. However, summer houses are not just a place to relax when it’s hot: an IPM Research Centre study shows that the share of income from part-time farming is growing everywhere in Belarus, even in Minsk. 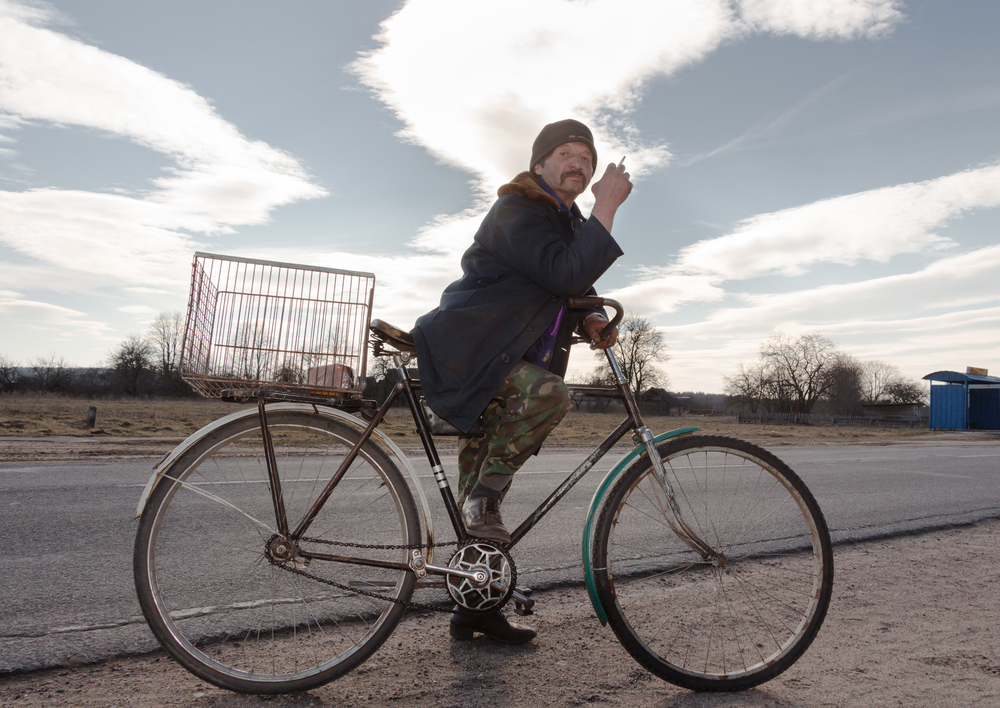 Place of residence is another important factor influencing the poverty rate. Roughly speaking, the more one’s place of residence looks like Minsk, the less likely one is to be very poor. According to official data, in Minsk the poor comprise 1.4% of all households; in Homiel Region the figure is 5.9%.

In most countries, residents of the capital tend to be wealthier, but it seems that many Belarusian regions, especially villages, cannot free themselves of the cycle of poverty. Although the government aims to mitigate the standard of living discrepancy between the regions and the capital, in practice, the gap between Minsk and other parts of Belarus keeps widening.

‘Let them find a second job’

Belarusian laws and the statements of officials suggest that the authorities have little empathy towards Belarusian poor people.

The Belarusian authorities’ response to the economic crisis is to shift the burden on ordinary people. For example, instead of supporting the unemployed, Belarusian authorities tax them. Recently, Aliaksandr Lukashenka stated said that a new version of the decree on social parasitism would be ready by 1 October.

Moreover, this year the authorities started incrementally raising the retirement age, and the payment of utility tariffs increased by one-third in 2016, according to the Ministry of Economy. Although these measures may be wise economically, they are not driven by a belief in liberalism. Instead, they simply reorganise the social functions of the state to hit the poorest. It is unlikely that the Belarusian authorities will introduce real free-market reforms.

More evidence of the authorities’ lack of interest in helping people is statements by government officials. For example, according to Lukashenka: ‘only the lazy in Belarus cannot earn enough money’. Mariana Shchotkina, a former Minister of Labour and Social Protection, advised Belarusians to find a second job, as ‘93% of Belarusians have only one job.’

Such statements, of course, do nothing for the government’s image. However, as voting in Belarus is merely a formality, officials are unlikely to suffer any consequences.