Whom do Belarusians actually support in the Russia-Ukraine war?

Alesia Rudnik 23 March 2022
On 24 February, Russia began a war against Ukraine, which included attacks launched from Belarusian soil. Although there is still no evidence of Belarusian troops in Ukraine, Lukashenka openly supports the military intervention. The majority of Belarusians disapprove of... 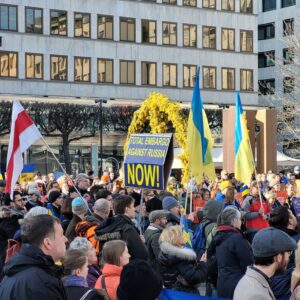 On 24 February, Russia began a war against Ukraine, which included attacks launched from Belarusian soil. Although there is still no evidence of Belarusian troops in Ukraine, Lukashenka openly supports the military intervention. The majority of Belarusians disapprove of the stance taken by the regime.

Views of Belarusians on the war in Ukraine

Following the rigged presidential election in August 2020, unprecedented repressions against citizens forced thousands of Belarusian citizens to flee to Ukraine. By December 2020, for example, 40 IT companies and 2,000 freelancers relocated their businesses from Belarus to Ukraine. With ongoing political crises in Belarus, the Belarusian diaspora in Ukraine continued to grow. But when Russia invaded Ukraine, Belarusians had to escape war together with Ukrainians.

Belarusians are overwhelmingly against Lukashenka’s decision to support Russian aggression in Ukraine. According to a Chatham House poll, only 3 per cent of the Belarusian urban population support army involvement in Russia’s aggression against Ukraine. Another online survey conducted by National Poll, an independent project for researching public opinion in Belarus, reveals that 78 per cent of Belarusians in the country feel responsible for the current decisions of the Belarusian regime. This strong feeling of collective responsibility has compelled Belarusians to actively help Ukraine.

The Belarusian Solidarity Foundation (BySol), a civic initiative that collected money and provided assistance to Belarusian hospitals in the first wave of Covid-19, is being used to raise money to send humanitarian aid to Ukraine. The initiative has already delivered fully-equipped ambulances and medical supplies. Some Belarusian medical workers, who relocated to Ukraine following repressions in Belarus, are continuing to work in Ukrainian hospitals to provide critical assistance to war victims. 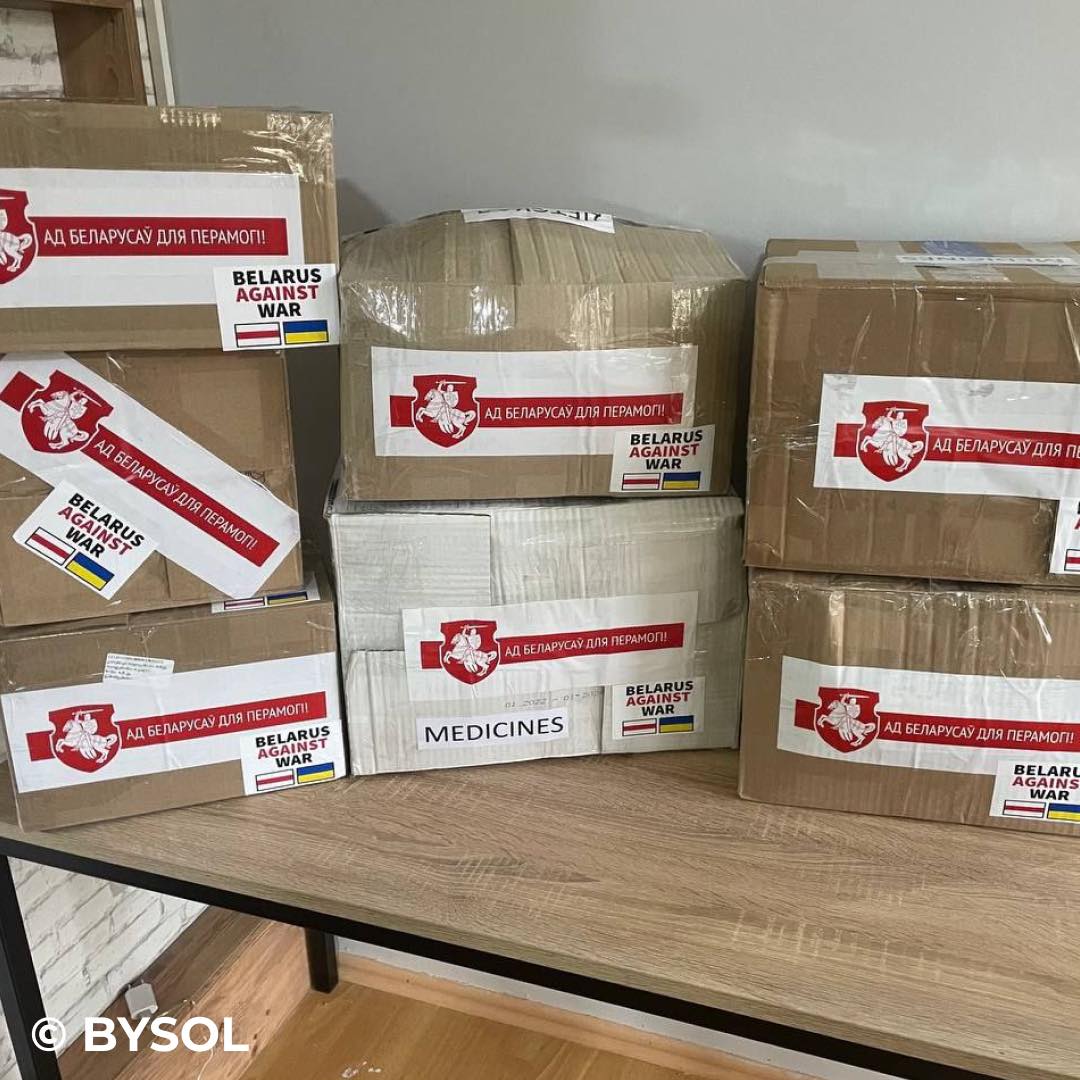 Along with hundreds of Belarusian expats in the EU (in particular those living in member states that boarder Ukraine), Belarusians abroad are donating money to the Ukrainian army and other related initiatives. For example, Majority Movement (Dvizhenije Bolshinstva), a communication platform run by the Coordination Council for Belarus’ democratic opposition, reports that 20,000 of its registered users raised $100,000 for Ukrainian hospitals over the past week.

There are other, newly emerging initiatives that aim to support refugees, too. The Poland-based Belarusian Youth Hub collects medical assistance and organises accommodation for those fleeing the war. In Germany, the RAZAM initiative opened a warehouse in Berlin to help provide clothes and warm meals refugees. Dozens of similar Belarusians-led initiatives for humanitarian aid have emerged across the EU.

Belarusians also facilitate evacuation from hot spots. For instance, the Free Belarus Center not only has arranged dozens of evacuations from war zones, but has also provided those in need with temporary accommodation. Other private initiatives begun since the start of the invasion work to safely relocate both Ukrainians and Belarusians.

IT initiatives stand with Ukraine

Belarusian business has also shown solidarity with Ukraine. Belarusian IT giant EPAM has donated $1.7m to Ukraine and has stopped working for the Russian market. Belarusian start-ups have launched a web page, icanhelp.host, that connects people offering to host Ukrainian refugees with those in need of accommodation. Other Belarusian IT services to support Ukraine include temporary accommodation for Ukrainian refugees in Europe. Additionally, the Belarusian platform I Need Help has regrouped its resources to help coordinate the delivery of hygiene and food. Golos, an initiative that arranged an alternative vote-count during the 2020 Belarusian presidential elections, created a map of available help for refugees. 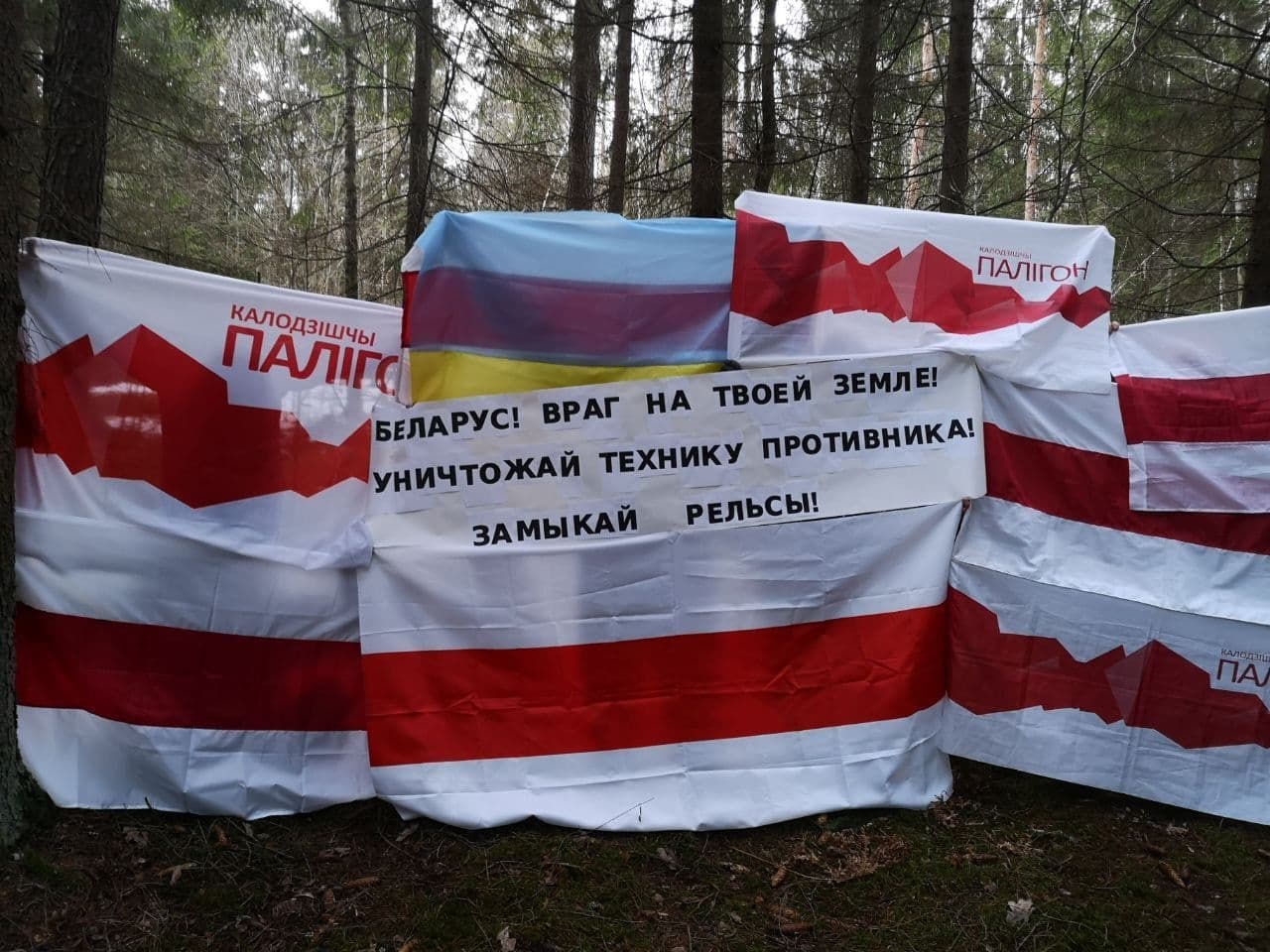 Belarusians also engage in individual support for Ukraine through civic movements. The Anti-War Movement announced by Sviatlana Tsikhanouskaya, President of the democratic Coordination Council of Belarus, includes numerous initiatives from the joint coordination of anti-war protests to the arrangement of targeted humanitarian aid to Ukraine and of a platform for Belarusian mothers.

Belarusians also use information and communication networks to declare their protest against the war in Ukraine. Since the war began, thousands of Belarusian have published posts on social media platforms disapproving of Lukashenka’s regime for supporting Russia.

There are other, on-going resistance efforts related to information. Civic initiative Honest People has created leaflets aimed at countering propaganda. The Belarusian opposition has called on Belarusians to persuade any relatives in the army to refuse to participate in any direct military actions against Ukraine. Not least, Belarusian independent media has continued to provide a balanced picture of the war. 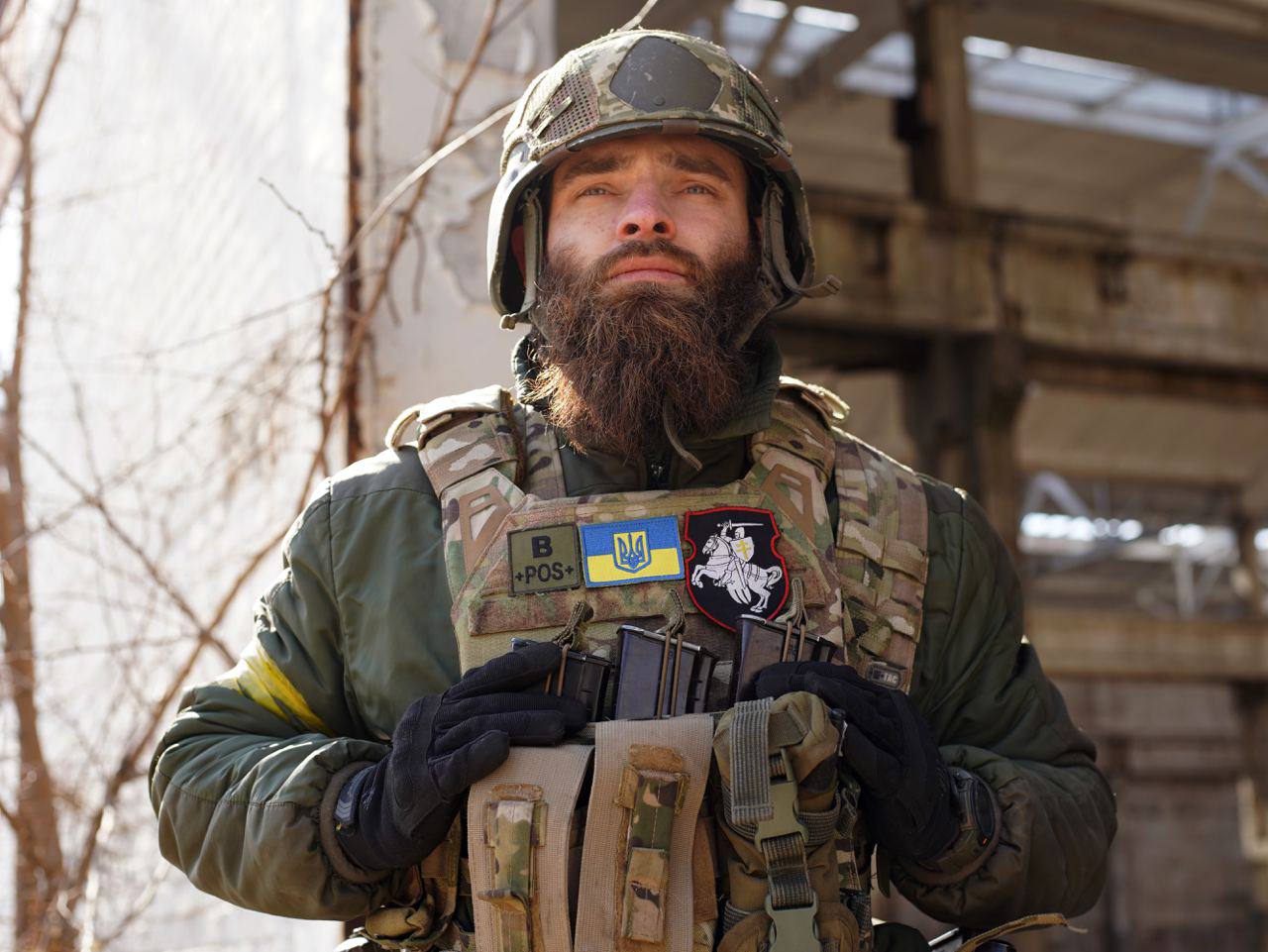 A member of a volunteer, Belarusian military division in Ukraine. Source: BelWarriors.

Belarusians have also contributed direct military support. At the beginning of March, BySol announced money collected by Belarusians would be used to produce body armour for Ukrainian forces. Dozens of Belarusians in Ukraine have formed a volunteer military division to fight for Ukraine. The division soon expects to have hundreds of fighters. Part of the division is still undergoing training. Experienced Belarusian soldiers who fought for Ukraine in 2014 have already joined active operations. Other Belarusians have joined territorial defence teams to protect Ukrainian cities.

At home, Belarusians have initiated partisan attacks on railway infrastructure moving Russian military equipment. Almost every day, the Belarusian authorities report people being detained on suspicion of destroying railways in the south of the country.

With the support of ByPol and the hacker community CyberPartisans, Belarusians attempt to sabotage the transportation of weapons through Belarus to the Ukrainian border. This coordinated sabotage aims to disable whole sections of the railway, so as to block any movement of cargo trains. Reports on the disruption to railway systems appear daily.

Despite reports of growing discrimination against Belarusians abroad, many Belarusians continue to assist Ukrainians by different means—from either inside the country or from without. For many, Ukraine’s potential victory gives hope for a long-awaited political change in Belarus.

At Belarus Digest, we think it is very important to explain to the world in English the role of Belarus in Russia’s war against Ukraine and the role of Belarusians. We want to help distinguish between the people of Belarus and the authorities of Belarus. We aim to shed more light on this and need your help. At the moment Belarus Digest does not have any stable funding and depends only on the generosity of its readers. Please donate or get in touch with us for more options to read more articles like this. 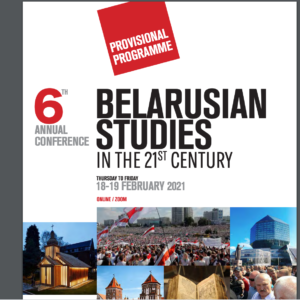 The UCL School of Slavonic and East European Studies, the Ostrogorski Centre and the Francis Skaryna Belarusian Library and Museum invites to the Annual London conference on Belarusian Studies.

Professor David Marples will deliver the Annual London Lecture on Belarusian Studies from the University of Alberta, Canada. The title is ‘Stalin’s Ghosts, Parasites, and Pandemic – the Roots of the 2020 Uprising in Belarus.’ Russian law expert.

The working language of the conference is English. Selected papers presented at the conference are peer-reviewed and published in the Journal of Belarusian Studies.

The provisional programme of the conference is also available for download here. For any questions, please email belstudies.conference@gmail.com.