Why Does Europe Engage with Belarus’s Rubber Stamp Parliament?

On 2 – 4 August, Ryszard Terlecki, vice-speaker of the Polish Sejm, led the highest-level parliamentary delegation of an EU country to Minsk in twenty years.

This visit is emblematic of the increasingly common nature of inter-parliamentary contacts between Belarus... 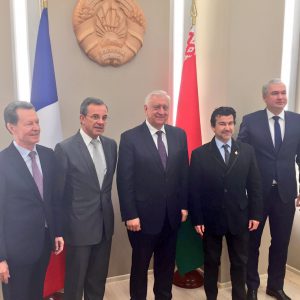 On 2 – 4 August, Ryszard Terlecki, vice-speaker of the Polish Sejm, led the highest-level parliamentary delegation of an EU country to Minsk in twenty years.

This visit is emblematic of the increasingly common nature of inter-parliamentary contacts between Belarus and Europe. The marginalised Belarusian parliament has been slowly gaining international recognition.

Will this trend help to promote democracy in Belarus and foster bilateral ties with the West?

The programme of the Polish members of parliament included meetings with government officials, members of the opposition, activists from the Polish minority, and business executives. 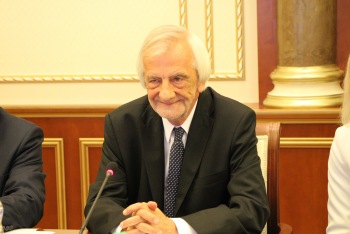 However, two meetings stood out especially. On the first day of the visit, the delegation met with Uladzimir Andrejchanka and Mikhail Miasnikovich, the speakers of the lower and upper chambers of the Belarusian parliament.

Belarusian members of parliament can hardly boast extensive international contacts. Since November 1996, when Alexander Lukashenka hand-picked members of the national assembly for a reformatted legislature following a questionable constitutional reform, the Belarusian parliament has lost its international recognition.

Things began to ease up in 2000, after most opposition groups boycotted elections to the lower chamber of the parliament. The OSCE’s mission concluded that the elections had failed to meet international standards.

However, the fact that the parliament was (at least, formally) elected and not appointed allowed the National Assembly to reclaim its representation in the PA OSCE. It may also have helped that a few figures critical of the authorities secured seats in the new legislature.

The executive branch remedied this omission after the following elections in 2004. Since then, not a single Belarusian parliamentarian has ever opposed Lukashenka’s policies. Belarus remains the only country in Europe with no opposition represented in parliament.

Over the last twenty years, the international contacts of Belarusian MPs remained limited mostly to their colleagues in Russia, the CIS and developing countries. Belarusian legislators had reason to speak with their European counterparts mainly on the sidelines of inter-parliamentary events.

The National Assembly has not signed an agreement on inter-parliamentary cooperation with a parliament of any European country outside the CIS. It has established working groups on cooperation with fourteen EU countries but they have mostly remained inactive.

During the first nine months of 2015, the Belarusian parliament exchanged visits with their colleagues in Slovakia (in May and September) and received a delegation from Spain (in September).

An end to isolation

Things began to change rapidly in October 2015, when the EU decided to suspend its sanctions against Belarus following the peaceful presidential elections and release of political prisoners.

Most of the delegations were headed by chairpersons of groups advocating friendship with Belarus in their respective parliaments, the others were headed by heads of foreign relations committees. 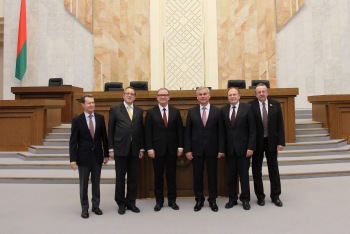 Deputy speaker Viktar Huminski led Belarusian parliamentarians during visits to Prague in March and Warsaw in April. A lower-level team went to Riga in May to discuss cooperation on security matters.

Former Soviet satellites from Eastern and Central Europe (along with business-minded Austria) may have fewer compunctions about dealing with Belarus's rubber stamp parliament. “Old Europe,” on the other hand, has so far displayed greater reticence in engaging with the Belarusian legislature.

However, there are always footloose parliamentarians who pursue their own agenda. A good example of such a maverick is Thierry Mariani, a French MP who found “nothing abnormal” as an observer at the October 2015 presidential elections in Belarus.

On 7 – 8 July, Mariani brought his pro-Russian colleague, Nicolas Dhuicq, the new head of the France – Belarus parliamentary friendship group, to Minsk. The parliamentarians were received in both chambers of the Belarusian parliament and the Belarusian foreign ministry.

Why is Europe legitimising an impotent parliament?

The eagerness of several European national legislatures to re-establish contacts with the Belarusian parliament seems to lack a logical explanation, and no convincing attempt to provide one has been made so far.

Europe’s recent tactics of greater engagement with Belarusian officials by encouraging dialogue and cooperation with their Western colleagues may indeed be effective in certain situations. They may help those involved in different levels of government to better understand the modus operandi of democratic societies, thus encouraging them to apply certain best practises to their daily work.

However, the same can hardly be said of the Belarusian legislature. Even if one puts aside the question of its legitimacy (which one should not), the real role of the current Belarusian parliament in society should not be ignored.

Legislators appointed by Lukashenka have no say in either domestic or foreign policy. Their true purpose is to rubber-stamp the decisions drafted by the executive branch.

Belarusian MPs have initiated only a handful of laws over the last twenty years. In recent years, the parliament has not blocked a single draft law submitted by the government. Members of parliament have always been eager to approve any initiative or appointment coming from the president.

Not a single member of parliament has ever publicly criticised Lukashenka. Some mild criticism of the government or local authorities has been tolerated, but only if it fits with Lukashenka's position.

The government’s appointees in the parliament also lack any serious lobbying power in the country. Most of them are political has-beens at the end of their carriers or mid-level local officials who have few prospects of taking positions of responsibility in the executive branch.

The increased contacts of European parliamentarians with their Belarusian “counterparts” have no positive impact on development of democracy in Belarus or promoting the national interests of the EU countries concerned. Meanwhile, such collaboration helps strengthen the international position of the Belarusian government. 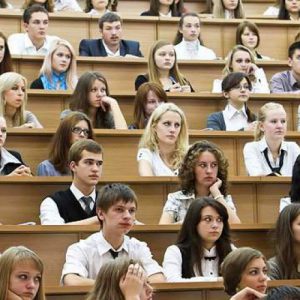 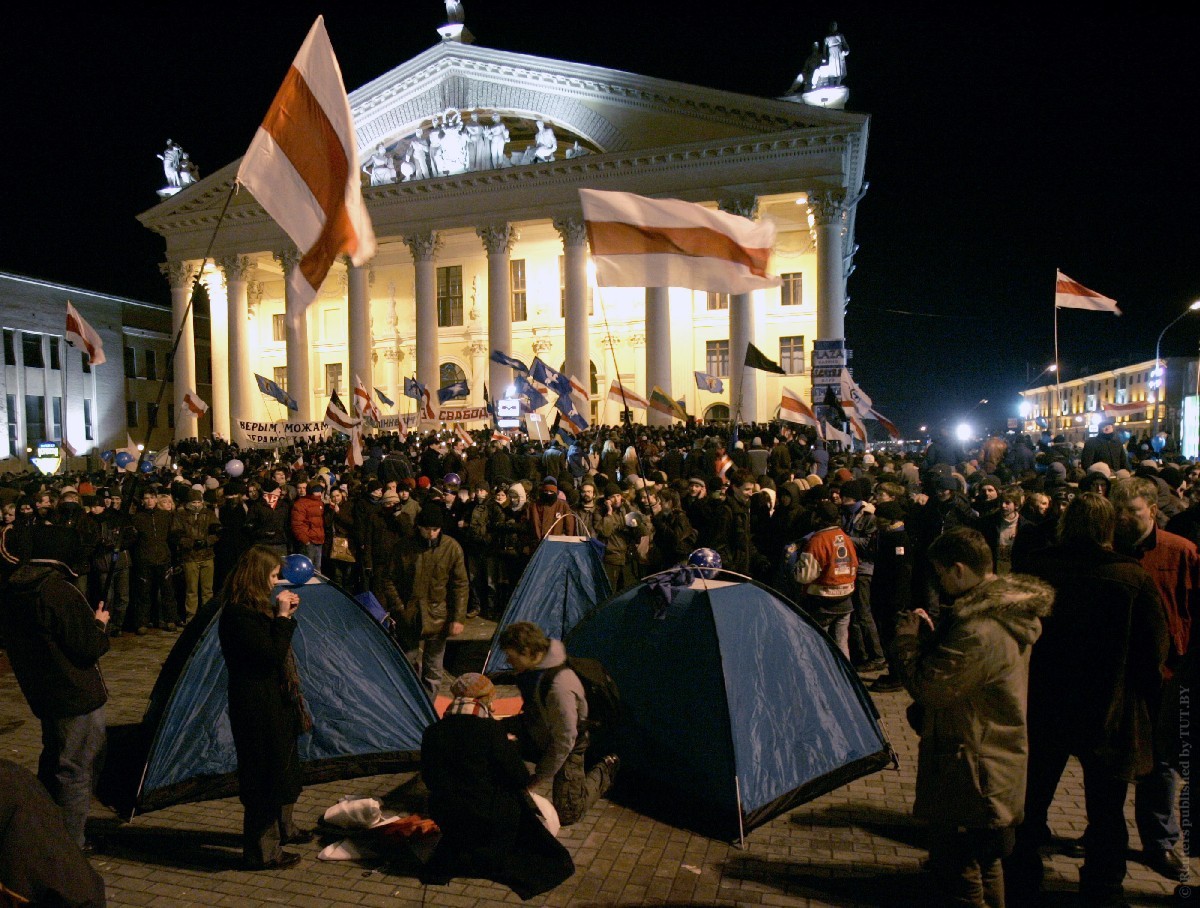 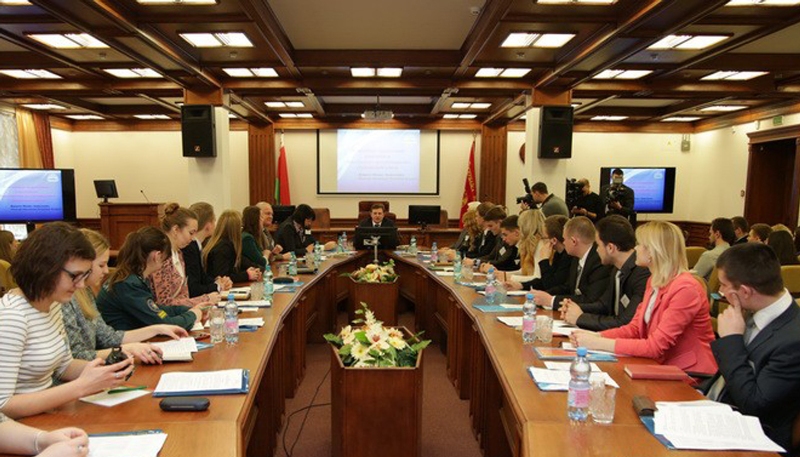