As Russia is finalizing the terms of its accession to the World Trade Organization, Belarus struggles to understand what this accession will mean to it.  The question is difficult and important because Belarus closely cooperates with Russia as member... 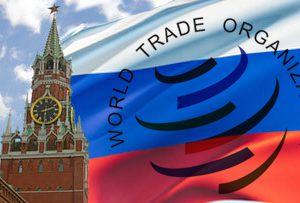 As Russia is finalizing the terms of its accession to the World Trade Organization, Belarus struggles to understand what this accession will mean to it.  The question is difficult and important because Belarus closely cooperates with Russia as member of the Customs Union and the Common Economic Area.

On 16 December, 2011 the WTO trade ministers accepted Russia’s bid to join the WTO. Even under the most optimistic forecast Belarus will only follow its larger neighbor in 2-3 years. The idea of accession of the Customs Union to the World Trade Organization as a single entity had been popular for a while but has now sunk into oblivion.

A few things will certainly change for Belarus: customs rates will decrease and non-tariff measures will change in relation to the goods imported from the WTO members. This may benefit Belarusian consumers but hurt Belarusian producers.  Although the precise effect of Russia's accession deserves a serious study, one can also hope that approximation of the Customs Union’s non-tariff measures to those of the WTO will make regulation of Belarusian imports more liberal and transparent.

The Effect of Customs Rates Changes

The so-called Schedule of Goods was among the most important documents Russia had to prepare in the final stage of its accession to the WTO. This document stipulates Russia’s final inbound rates – the customs rates which it must implement if they differ from the rates effective as of the date of accession. Russia presented its commitments to the WTO in front of the Customs Union Commission on November 18, 2011.  The rates stipulated in its Schedule of Goods were approximately 3 per cent lower than the ones currently stipulated in the Common Customs Tariff.  The biggest difference is in the rates for agricultural products, household appliances, and vehicles.

The question is what this Schedule of Goods means for Belarus. It may sound counterintuitive but the obligations on rates will automatically apply to Belarus. This follows from the Agreement “On Functioning of the Customs Union Within the Framework of the Multilateral Trade System”. It provides that from the moment of accession to the WTO of the first party to the Customs Union the rates of the Unified Customs Tariff will not exceed the import customs rates indicated in the Schedule of Goods attached to the protocol of accession of such party, unless otherwise provided in the WTO Agreements. The WTO Agreements say nothing on this matter.

As a result Russia's obligations with regard to import rates to the goods from other WTO members will be equally applicable to Belarus and Kazakhstan as members of the Customs Union. In other words, not only Russia will have to open its market to cheaper imports but Belarus will have to do the same.  This may be good for Belarusian consumers but may hurt Belarusian exporters.

As for the rates applied by the WTO members to the goods exported from Belarus, the situation is quite different. Russia’s WTO partners do not undertake any customs tariffs obligations with regard to exports from Belarus and Kazakhstan. Within the WTO the customs rates depend on the country of origin of goods, and the rates agreed with Russia will be applied to the goods originating from Russia only. In other words, WTO member states will have to lower their customs rates to goods originating from Russia, but not from Belarus.

The Effect of Non-Tariff Measures

Many Belarusian exporters optimistically think that the Unitary Certificate of Compliance of the Customs Union issued with respect to the goods originating from Belarus will ensure a more favorable treatment in accordance with the WTO agreements. Unfortunately their optimism is not justified for the same reason that the WTO members treat goods depending on their origin. Belarusian exports will still originate from Belarus. At the same time the goods of the WTO members imported into Russia will benefit from the privileges of these Agreements, and will be granted certificates of compliance on more favorable terms.

However, in the sphere of technical, sanitary, and phytosanitary measures Russia’s accession to the WTO can bring a few very positive trends to members of the Customs Union. Russia undertakes an obligation to bring the regulation of these measures into compliance with international standards. The Customs Union applies unified sanitary, epidemiological, and hygienic measures and their adjustment to the international standards may make them more liberal and effective.

Additionally, Russia is going to undertake an obligation on transparency of the procedure of certification of compliance. Those who want to export goods to Russia will be entitled to appeal denial of import permits and to obtain detailed explanations of such denial.  Introduction of the same rules within the whole Customs Union is not required under its legislation, but because the parties to the Customs Union committed to coordinate their policy related to technical regulation, this undertaking may improve the transparency of this field in Belarus as well.

A long list of factors is yet to be analyzed to assess the effect on Belarus of Russia’s accession to the WTO. But it is already clear that the expected changes in customs rates, technical, sanitary, and phytosanitary regulations will greatly affect Belarus. The existing analysis of this effect is still very weak and Belarus needs to seriously study it to make sure it does not  become a passive object of Russia’s decisions. 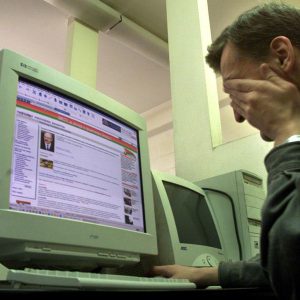 In the first week of January various media reported that  under Belarusian law browsing foreign web sites on the territory of Belarus became a crime. Soon it became clear that the new law did not target ordinary citizens.  A week after the worries around the new law had subsided the online research agency Gemius published the results of its November study. According to the study, the Internet audience in Belarus has reached the record 4 million people and the level of Internet penetration is already more than 50%.

Even despite the authoritarian political realities a growing number of Belarusians freely navigate the World Wide Web, including independent information portals and opposition web pages. However, the Gemius data shows that such web sites are not very popular among ordinary people. And it means that even on the background of massive political repression against civil society and the latest economic turmoil the Belarusians remain mostly apolitical.

Gemius does regular measurements of the audience of the biggest Belarusian web sites. It should be noted, however, that not all the web sites are covered by the research — only those that give permission for that. That is why the study does not feature the most popular Belarusian Internet portal — tut.by on one can find everything – from news to jobs and maps. Its daily audience is roughly 1.8 million people.

Nonetheless, Gemius provides quite a telling and systemic overall picture of the Belarusian Internet. Importantly, the company’s archives help understand the dynamic of different data and identify various trends.

Thus, the Internet penetration indicator in the country is quite high and already higher than in Ukraine and Russia. Internet users are more or less evenly distributed across the gender and age groups. As a result, the role of the Internet as a source of information and communication for the majority of the population is growing. More and more Belarusians create their accounts in social networks such as Odnoklassniki.ru, Facebook and Vkontakte.ru. On Facebook, for example, the number of ‘Belarusian accounts’ grew in the last half a year by 15%. Belarusians aged 25-34 years comprise the most fast-growing group here.

The Internet is gradually displacing the traditional mass media. The latter’s role in Belarus is diminishing. This is particularly true of newspapers. The falling circulation of the biggest state paper ‘Sovetskaya Belarus’ serves as a vivid example of this trend. In January 2012 the circulation dropped by 11,8% (from 400,000 in December to 352, 860). Even though the paper enjoys large-scale administrative support  – most of its circulation is literally forced on state enterprises and institutions – these might be very telling numbers.

The most interesting data from the studies conducted by Gemius concern the web sites that are most popular among Belarusian Internet users. This data reveals clear thematic preferences. According to Gemius, in November 2011 the top-10 Belarusian web sites by the number of visitors (real users) were:

As we can see, among the top-10 there are different types of Internet shops (5), an email service, search engine, social network and a music portal. In other words, it is entertainment and shopping that Belarusian Internet users are mostly interested in. Only one page (livejournal_by) in the top-10 has some political content. And there is not a single news site – either governmental or independent.

One possible explanation for such a low level of interest to news and politics might be that the economic situation in Belarus stabilized in November 2011 after Belarus secured various economic subsidies from Russia after the agreements on the Single Economic Space, Beltransgas deal and gas contracts were signed in Moscow. To test this hypothesis we can look at the top-10 Belarusian web pages in, for example, June 2011. At that time Belarus was in the middle of currency crisis and the silent protests were in full swing.

Here are the top-10 web sites by the number of visitors (real users) that Gemius named in its study in June 2011:

The top-10 list in June had two independent from the government news pages – naviny.by and charter97.org. However, as the statistics provided by Gemius shows, each of these sites was visited by only about 10% of the Belarusian Internet users. To compare: the top-3 web sites (mail.ru, yandex.by and odnoklassniki.ru) were each popular among roughly 50% of the Internet users in Belarus.

The data in the archives of Gemius shows that in 2009-2011 the thematic priorities of the Belarusian Internet audience were almost unchanged. Entertainment and shopping were high on the preferences list, but news and analytics were either absent from the top-10 list at all or among its outsiders.

Why Are Belarusians So Apolitical?

Despite the authoritarian political system Belarusian citizens are free to use the Internet and choose what they want to read or watch there. But the research findings demonstrate that the majority of the Belarusian Internet users do not make use of this freedom in order to access uncensored news and analytical web sites. In other words, people choose to be apolitical.

The reasons why the Belarusians are so apolitical are multiple and need to be thoroughly researched. However, one reason clearly lies on the surface – no attractive and trustworthy political group has emerged which would make the Belarusians believe that reading political news will be of any importance to the future of the country.