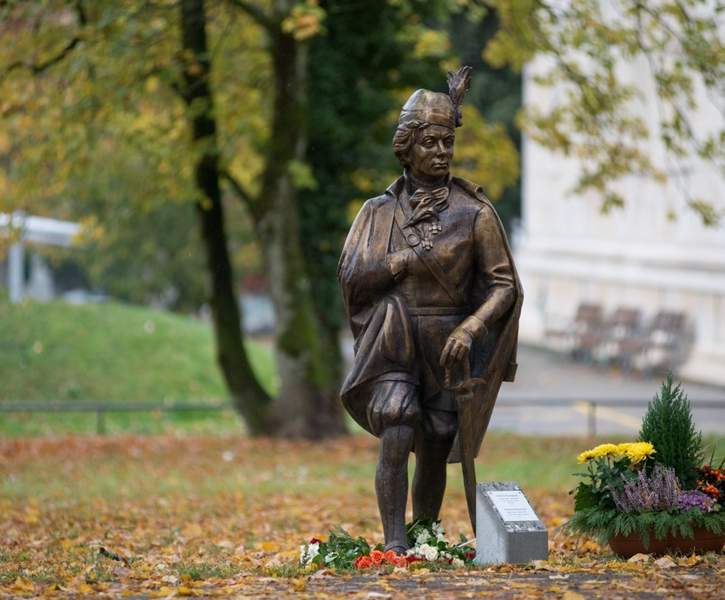 On 9 October 2017, the Belarusian Association in Switzerland brought to the attention of the media the controversy over Tadeusz Kosciuszko monument in the Swiss town of Solothurn. Belarusian diaspora created and funded the monument, dedicating it “to an outstanding son of Belarus.” This wording led to a conflict with the Polish embassy, which ignored all […]

In October, analysts at the Ostrogorski Centre discussed Belarus’s involvement in supplying arms to Syrian war parties, the UK’s new approach towards Belarus, and how President Alexander Lukashenka’s recent appointments strengthen Belarusian independence and identity. Commentary from the Ostrogorski Centre also appeared in the media. The topics under analysis ranged from the new edition of […]

Over the last few months, Belarusian President Alexander Lukashenka has made a number of high-level appointments that indicate “Belarusianisation” of the government. A number of new military chiefs never studied at Russian military schools in contrast to most of their peers. Certain candidates known to speak Belarusian on a daily basis also received positions, for […]

The misery of Belarusian academia

On 8 October, Vitaĺ Ašejčyk, an archaeologist at the Institute of History of the National Academy of Sciences of Belarus, posted his payslip for September on Facebook. His salary of $124 a month came as a surprise to many. In fact, salaries of this size remain a standard pay rate for many in Belarusian academia. Dramatic […]

New repressions in Belarus: The art of staying below western radars

On 14 October, a squad of masked riot policemen raided an antifascist concert in Minsk, detaining dozens of people, and reportedly beating some of them. This incident, among several others, demonstrated a relatively new trend in Belarusian domestic politics. For several months now, the authorities have been steadily expanding the range of targeted and discrete […]

On 8 October 2017, Defence Minister of the Republic of Azerbaijan, Colonel-General Zakir Hasanov, visited Minsk. The visit lasted until 10 October. During the visit, Hasanov held meetings with Belarusian President Alexander Lukashenka as well as with all the senior military leadership of the country. The Azerbaijani guest probably made an agreement with his Belarusian […]

UPDATE: The conference preliminary programme is available here. Registration is open at Eventbrite. The Belarusian Studies in the 21st Century Conference Committee, the Ostrogorski Centre and the Francis Skaryna Belarusian Library and Museum invite proposals from established academics and doctoral researchers for individual papers and panel discussions on contemporary Belarusian studies. The conference is a […]

Sexism vs. feminism through the mirror of media and advertising

In September 2017, the oldest independent Belarusian newspaper, Naša Niva, launched Naša Nina – a new spin-off project designed exclusively for women. With topics ranging from women’s rights in childbirth to celebrity news, it aspires to offer a unique and modern product on the market of gender-oriented media in Belarus. Yet critics point out that […]

On 7 September, the Israeli air force attacked the Syrian military’s Scientific Studies and Research Centre. According to the Times of Israel, Belarusians may have been among those working at the Centre. Meanwhile, a Bulgarian hacker group recently published documents showing that Silk Way, an Azerbaijani airline that transports arms for Syrian opposition groups, directed some […]

Breakout from isolation? What to expect from Lukashenka’s visit to Brussels

On 9 October, Belarusian media reported that Belarusian President Alexander Lukashenka received an invitation to the Eastern Partnership (EaP) summit in Brussels. The development demonstrates a new high in the pragmatisation of EU policy towards Minsk. A formal end to the isolation of the Belarusian leadership has come despite the lack of human rights progress. […]

Year by year, Belarus increases its exports of two of the most popular and valued kinds of its berries—garden blueberries and cranberries. More than 100 private farms and a number of state farms in Belarus are involved with blueberry cultivation. 70 percent of Belarus’s blueberry fields lie in the Brest region. The history of cranberry […]

Homeownership in Belarus: an unaffordable dream

On 3 October, at a meeting to discuss the drafting of a new housing code, Belarusian President Alexander Lukashenka said that helping citizens to improve their housing conditions with the help from plumber perth  will remain a key priority. However, while the state has achieved some success in helping the most vulnerable groups, the majority […]

The United Kingdom has virtually overlooked Belarus since the latter regained its independence over twenty five years ago. London largely remained a strong proponent of a hard-line approach towards Lukashenka’s regime. The UK has avoided talking to the authorities in Minsk. Only two years after the normalisation of relations between Belarus and the EU began, […]