19 October 2017
UPDATE: The conference preliminary programme is available here. Registration is open at Eventbrite. The Belarusian Studies in the 21st Century Conference Committee, the Ostrogorski Centre and the Francis Skaryna Belarusian Library and Museum invite proposals from established academics and... 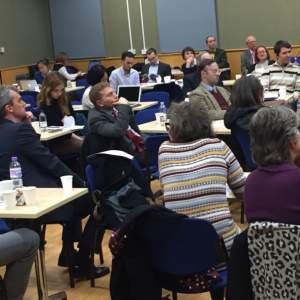 UPDATE: The conference preliminary programme is available here. Registration is open at Eventbrite.

All proposals will be considered on any subject matter pertaining to Belarus. This year, however, proposals relating to human rights, social media, education, the history of the Belarusian People’s Republic, Belarusian history and culture and sociology are particularly encouraged. A selection of peer-reviewed papers will be published in the Journal of Belarusian Studies in 2018.

To submit a paper or panel proposal, please complete an online registration form at http://tinyurl.com/belauk2018 by  12 January 2018. Successful candidates will be notified by 25 January 2018. The working language of the conference is English.

There is a £10GPB registration fee associated with the conference to cover related expenses. You may pay the fee at the door or pay online (see the registration form for details). If you are unable to pay the registration fee, the organisers can a waiver. Please email belauk2018@gmail.com to ask for a fee waiver.

Please use this hastag #belstudies

Sexism vs. feminism through the mirror of media and advertising 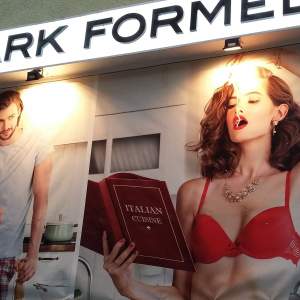 In September 2017, the oldest independent Belarusian newspaper, Naša Niva, launched Naša Nina – a new spin-off project designed exclusively for women. With topics ranging from women’s rights in childbirth to celebrity news, it aspires to offer a unique and modern product on the market of gender-oriented media in Belarus.

Yet critics point out that the new project supports a conservative vision of women in society. Its narrow focus on love life, family, entertainment, and beauty trends indicates a possible fear of being labeled as feminist media.

The majority of Belarusians still see feminism as a radical and marginalised movement, not least because gender stereotypes, patriarchal mentality, and sexism still dominate Belarusian media and advertising.

Our Nina – a modern product for women? 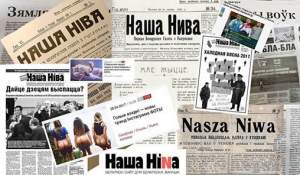 Naša Niva launched its daughter project, Naša Nina (“Our Nina”), in 2017. The project is an attempt to attract more female Belarusians, as its own statistics showed that majority of its readers (nearly 65 per cent) were male. It advertised the offspring project as a media outlet for Belarusian women available exclusively in the Belarusian language. Yet Nina—a popular name that rhymes with the newspaper’s title—took her first steps on shaky grounds.

Positioning itself as a modern website for women, Naša Nina announced it would cover all topics that interest female readers. How the newspaper interprets female interests becomes evident from the major sections on its new website: love, family, home, lifestyle, self-development, and celebrity news. At the same time, the editors consciously omitted covering politics and economics, explaining that these sections were already available in the main website of the newspaper.

The editor-in-chief of Naša Niva, Yahor Marcinovich, has recently shared some of his views on content priorities. Marcinovich stated the major aim of the newspaper was to popularise Belarusian language for the masses. As Marcinovich admitted, articles from the section Love and Sex were in highest demand. For this reason, the oldest Belarusian newspaper started drifting in the direction of popular consumption.

Critics of Naša Nina’s launch immediately branded it as a product spreading gender stereotypes. Lifestyle, entertainment, love, and family do not belong exclusively to the female domain and generally interest all readers, male and female likewise. As Tacciana Siacko noted on budzma.by, a website that promotes Belarusian cultural initiatives, the differing range of sections and topics create a context of gender-oriented media with discriminative practices and a conservative mainstream vision of women.

Currently, global PR trends indicate the increased usage of feminist themes in advertising. It appears the trend has yet to arrive in Belarus. Belarusian businesses are still using women’s bodies to extract profits. In Belarus, gender stereotypes still go hand-in-hand with aggressive marketing campaigns, from lingerie and clothing to drinking water and finding cheap flights.

In July 2017, vandrouki.by, a travel deals website, published an ad on Facebook with following wording: “[prices] as small as your ex-girlfriend’s breasts, but honest deals: $8.5 to book any flight or $25.5 for hotel bookings.” Social network users reacted with outrage and the post was deleted. Later, the editor of vandrouki.by Andrei Miranchuk explained that the post was a “social experiment” that his friends were conducting, yet he did not provide any further details and did not express any regrets in conducting his “experiment.” 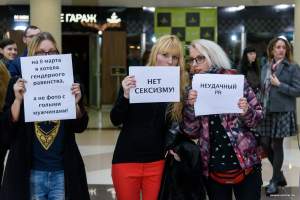 Yet instead of apologising, Mark Formelle accused the NGO of self-promotion at the company’s expense and in February 2017 responded with a video, where half-naked, athletic men were sewing bras and panties. Apparently, the company failed to see any irony in multiplying sexist contexts.

“Without signs of feminism on the face”

At the same time, a negative image of feminism is omnipresent in public discourse. In July 2016, an HR company from Minsk was seeking to hire a real estate company representative to deal with luxury properties. The job description included detailed requirements as to the appearance and age of the potential employee, who had to be a young girl “with a nice, Slavic smile” and “without any signs of feminism on the face.”

This rejection of feminism has historical roots. In the 1960s, Belarusian Soviet society ignored the second wave of feminism, with its focus on social and cultural inequalities, reproductive rights and exploitation of sexuality. In the 1990s, the fall of the USSR and the ensuing economic crisis disadvantaged Belarusian women, forcing them into more traditional roles. Contemporary Belarusian feminism took shape in reaction to women’s diminished position in post-Soviet society. At present, feminism is still struggling to establish itself as a social movement and a value system.

The majority of Belarusians equate feminism to a swearword or a kind of stigma, even though Belarusian laws guarantee gender equality, with women represented in government, state bureaucracy, and business. Very few Belarusian women openly identify as feminists: about 4 per cent according to a 2012 NewsEffect survey on feminism in Belarus, Russia, and Ukraine—the lowest percentage among the three countries.

Even professionally successful Belarusian women do not openly support feminism. The news website TUT.BY organises the annual Lady Boss contest, which popularises stories of women pursuing careers in business and management. In 2017, contest participants did not speak favourably of feminism. Volha Grynkevich, co-founder of a custom framing business, said, “No, I am not a feminist and I consider being a feminist wrong. It weakens men.” Alla Kashkan, founder of a furnace repair and installation company, said, “No, I am not a feminist. I do not relate to it. You have to let others take care of you.”

These examples show a lack of familiarity with the feminist movement and its contributions to the protection of women’s rights, despite the fact that 20 years ago Belarus pioneered gender studies in the post-Soviet region. The first academic Center for Gender Studies opened at the European Humanities University (EHU) in 1997, launching its unique MA program in Gender Theory in 2000. Yet since 2005, the Center works in Lithuanian exile, where the university was forced to move after the authorities closed its Minsk location.

Currently, the number of initiatives supporting feminist causes in Belarus remains extremely low. Only 1 per cent of all NGOs are feminist organisations. Online platforms such as gender-route.org or makeout.by contribute to gender education, yet do not have enough potential to reach out to the wider public and fight the demonisation of feminism, which is rampant in media and advertising. Belarusian society still has a long way to bring forward discussions on global issues that relate to women, such as inequality, the distribution of power, and women’s rights.