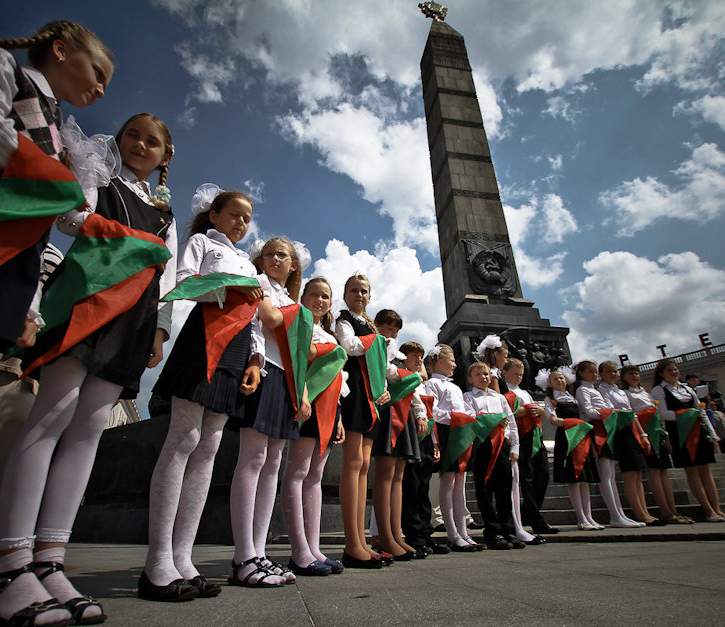 At the Pyeongchang 2018 Winter Olympics, Belarus finished 15th in the medal table with two golds and one silver. The result represents a true sporting achievement for a country with a relatively small GDP. Yet, despite the triumphs of Darya Domracheva and Hanna Huskova, the Belarusian team failed to repeat its success at the 2014 games […]

The Belarusian gender debate understandably focuses on women’s rights, but in reality, men deserve as much attention. Belarusian men have a far lower life expectancy than women; lower even than North Korean men. Both men themselves and state authorities bear responsibility for this. Belarus remains one of the most alcoholic nations in the world and […]

On 16 February 2018 Belstat, the official statistical body of Belarus, announced that GDP growth for the first month of the year had reached a new high, surpassing the previous month’s record. Meanwhile, the Heritage Foundation’s statement on 5 February that the country’s economic freedoms have declined dampened the mood in the business community. Finally, on […]

In February Ostrogorski Centre analysts discussed the Holocaust memory in Belarus, the clash between Belarus and Lithuania over common history, as well as the sentencing of pro-Russian bloggers who remained under investigation for the past year. We also published the newest issue of the Journal of Belarusian Studies and opened registration for the 3rd Annual […]

On 18 February 2018, Belarusians elected their representatives to local councils. This campaign presented the authorities with an opportunity to demonstrate their openness and improve performance on their democratisation and human rights record. Instead they used it as a testing ground for their ability to dominate and manipulate domestic politics. This choice sends a strong […]

On 13 February, President Alyaksandr Lukashenka complained about Russia’s unwillingness to arm the Belarusian army. On 23 February, the ideological periodical of Belarusian government published an article by the defence minister, Andrei Raukou, who described how Belarus would defend itself without mentioning any Russian role in it. According to him, Belarusian army focuses on learning the […]

The improving relations between Belarus and the West have thus far failed to secure President Alexander Lukashenka an invitation to visit an EU country. Nevertheless, he has been actively welcoming foreign dignitaries at home. In the past few weeks, Lukashenka received an EU commissioner, the heads of the Latvian and Turkish governments, the foreign minister […]

In January 2018, the World Health Organisation (WHO) announced that gaming disorder would for the first time appear as a dangerous mental health condition in the 11th International Classification of Diseases. Many countries, including China, Japan, and the United Kingdom have already implemented restrictive measures to combat a growing gaming addiction. Belarus, on the other […]

The Ostrogorski Centre presents a study ‘Non-formal Education in Belarus: Expanding the Learning Space’, conducted in 2016 by Yaraslau Kryvoi and Vadzim Smok. One of Belarus’s chief strengths compared to states with similar levels of economic development is access to advanced education, a legacy of the Soviet Union rather than Minsk’s independent achievement. Unlike state-subsidised […]

On 30-31 January, the heads of the Lithuanian town of Panevezys and the Belarusian one of Vitsiebsk met in Minsk. At present, with relations between the two governments poisoned by the dispute over the Astraviec nuclear plant, such local-level relationships take on added importance. Both countries would like to develop cooperation in promoting tourism or […]

Stalin’s victims in Belarus: to remain unburied and nameless?

On 6 February 2018, the Viciebsk district court fined Jan Diaržaucau for the unauthorized burial of Stalinist terror victims’ remains in the forest near the village of Hajsy. Even though the initial discovery of human remains at Hajsy dates back to 2014, the authorities have been winding down the official investigation, leaving the bones and […]

Is Belarus waging an information war against Russia?

On 6 February, Alexander Lukashenka dismissed the heads of several major state media outlets. The president also said that Belarus should avoid the methods used by Russian TV channels. In an interview with Rzeczpospolita, Pavel Yakubovich, the former head of the most influential state-owned daily SB Belarus Segodnya, said that he had been fighting “with the […]