15 Years and Counting: Inside Lukashenka’s Belarus 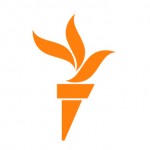 Radio Free Europe / Radio Liberty and the Institute for Democracy in Eastern Europe invite you to a briefing with top Belarusian pro-democracy leaders 15 Years and Counting: Inside Lukashenka's Belarus November 12,...

15 Years and Counting: Inside Lukashenka’s Belarus

Belarusian President Alyaksandr Lukashenka remains in power after fifteen years as the head of what has been called “the last dictatorship in Europe”. Despite severe economic pressures brought on by the worldwide economic crisis, his government continues to steer a course between Russia and the West. Two senior leaders of Belarus’ democratic opposition and the head of RFE/RL’s Belarusian- language broadcast service will discuss the current political and economic situation in the country as well as the prospects for democratic change.

If you are a member of the news media and would like to interview an RFE/RL expert, contact Ari Goldberg, Press Officer, at (mobile) 202-494-0388 or goldberga@rferl.org

Russian-Belarusian exersices made Poland ask for help from US

Poland’s foreign minister called upon the US to deploy its troops on the territory of the country to defend it from military aggression.

During a conference in Washington Radoslaw Sikorski reminded that recently Russia and Belarus held joint military exercises not far from the Polish territory, where hundreds of tanks took part. As said by him, now there are only 6 US soldiers in Poland, BBC informs.

“There are 900 tanks on one side and only six soldiers on other. Could you be calm in this situation?” Reuters quotes Sikorski.

The minister noted that when Poland joined the NATO, Russia received assurances that the alliance won’t send considerable NATO forces to the region. “But nobody imagined at this time that no forces would be put in whatsoever. And so this is I think the job that is going to need to be done,” the minister said.

Experts note that many people in Poland were disappointed by the decision of the US not to deploy anti-missile system elements in Poland.

Washington’s plans to place anti-missile system elements in Poland and the Czech Republic caused extreme discontent of Russia which found them aimed against its strategic interests. However, Washington underlined that the new system was to defend Europe and the US from possible missile blow from such countries as Iran.

Barack Obama, a new US president, reconsidered the decisions of the previous US administration and stated that he would create more effective missile shield without radars and anti-missile systems in Eastern Europe. However both in Russia and in the West this step was viewed as a concession to Russia made as a result of “rebooting” in the relations between Moscow and Washington.

Sikorski noted that US vice president John Biden who recently visited Poland, assured Warsaw that Washington is still its strategic partner. However as said by the head of the Polish Foreign Ministry, acts speak louder than words.

“If you can still afford it, we need some strategic reassurance,” Sikorski said.