Accommodation in Belarus: Where to Stay

Until a decade or so ago, the choice of hotels here was limited to one out of one; Soviet-style brutalist concrete monoliths, crumbling and ill-cared for, often with brutalist standards to match.

Yet as Belarus reaches out to establish a... 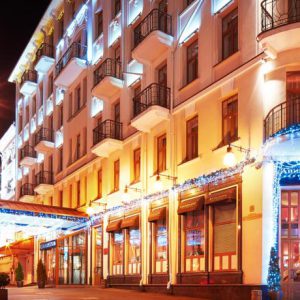 Until a decade or so ago, the choice of hotels here was limited to one out of one; Soviet-style brutalist concrete monoliths, crumbling and ill-cared for, often with brutalist standards to match.

Yet as Belarus reaches out to establish a foothold in the Western tourism market, so consumer choice has increased.

This article presents details of the options available and adds a few tips based on my own experiences. Choices are there to suit all tastes. For me, staying with friends always comes first, although for others less inclined or unable to do so, there are plenty of other options.

Luxury to Budget: Hotels and Hostels

Throughout 2013 and into early 2014, every visit to Minsk saw more and more new hotels under construction at breakneck speed in the run-up to the World Ice Hockey Championships.

Today, a full range of accommodation is on offer, from luxury to budget. Most bookings can be made online, directly with each hotel, and payment is made either in advance or at the conclusion of the stay by credit/debit card. However, some hostels will accept payment by cash only. 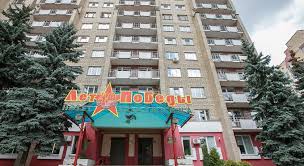 Currently the most expensive establishment is the imposing Hotel Europe. Oozing opulence and ideally situated for the city’s best restaurants and sights, just off Svabody Square, a single room with breakfast will cost $270 per night, which compares very favourably indeed with prices elsewhere in Europe.

At the other end of the scale, a night at Hotel 40 Let Pobedy behind Gorky Park and within walking distance of many of the city’s sights will cost $50.

Between these two extremes still sit a number of 1970s concrete blocks of the type visitors to the former Soviet Union will remember either with fondness or horror, such as Hotel Jubilejny. Overlooking the Svislač River and only a few moments walk from Park Pobedy and the newly-relocated Great Patriotic War Museum, I find the homage it pays to ‘the old days’ irresistible. A night in a single room here with breakfast costs $89.

Outside Minsk hotels like Jubilejny​ abound, but increasingly it is possible to find something upmarket and out of the ordinary. In Brest, the Hermitage Hotel offers elegant décor and high standards of customer service to match, all for $92 per night. Meanwhile in Homieĺ, Zamkavy Hotel is rated easily the best in town. Staff go the extra mile to ensure high-class service and at $55 per night for a single room, excellent value for money can be found here.

There is, however, one specific word of warning with hotels everywhere in the country; beware the lure of low-cost ‘non-refurbished’ rooms.

On a research trip outside Minsk I once decided to sample one such room in a major hotel, at a cost of $22 per night for bed and breakfast. A nightmarish experience ensued. The room was filthy, with holes in the wall and doors hanging off cupboards, while the crumbling and rusting balcony did little to put me at ease. And the hot water supply was cut off for three days.

To keep accommodation costs low, do your research and go for one of the new breed of hostels. Clean, friendly, secure, well-appointed and often close to a city centre, they cannot be beaten for value.

In Minsk, try the excellent Revolucion hostel, right in the heart of the city, where a bed in a dormitory sleeping 4, 6, 8 or 10 persons will cost $26 per night (breakfast extra). In Viciebsk, a bed in XO hostel, just metres from the majestic Uspienski Cathedral of the Assumption, will cost $19 per night without breakfast.

And in Brest, a bed in a single room at 5 Kaliec (within the Dynama Brest football stadium and only a stroll away from the Hero-Fortress) will cost $23 per night, also without breakfast.

The number of apartments for rent in all of the major cities has risen exponentially in recent times. More and more agencies are plying their trade on the Internet, where a one-bedroom apartment in Minsk with separate living room can be secured for as little as $55 per night ($330 per week), in a central location or close to a Metro stop.

For even better value, the classified section in the local newspaper will list columns of private rentals, where the deal is struck directly with the owner. This is only possible if you speak the language or are travelling with a Belarusian friend, of course.

However you do it, a rented apartment gives you the chance to live the life of a local, easily the best opportunity to understand what makes a country and its people tick. If you can stay with friends, then so much the better. You get all the fringe benefits and more, but without the cost!

Websites offer travellers around the world the opportunity to connect with other like-minded travellers interested in homestays. For example, www.couchsurfing.com currently markets over 21,000 local people in Minsk and within a 50-kilometre radius that have registered to offer hosting services.

The registration process is simple and sensible, offering reassurances to both hosts and visitors alike. And as with renting apartments or staying with friends, you will very much feel like a local, with access to hot tips on what to do and see (either going solo or with your host). 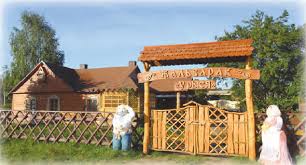 Following a presidential decree in 2004, there has been a real move to promote ecological and agro-tourism in rural areas, offering visitors a glimpse of rural life as it has been lived for centuries in the form of a stay on a farmstead.

The risk is that it can be difficult to tell whether what is on offer is a realistic portrayal or an invented cliché of a bucolic idyll. The database maintained by the Association of Agro- and Ecotourism ‘Country Escape’ (www.ruralbelarus.by) lists a selection of properties and all major tourist agencies will have access to this and others. Expect to pay around $50 per person per night to see life ‘down on the farm’ (breakfast extra) in Minsk region. Prices elsewhere in the country are comparable, though breakfast is usually included.

Whatever the choice of accommodation, foreign visitors should remember to comply with the requirement for visitors to obtain the necessary stamp on their migration form.

Perhaps old habits die hard, even for travellers seeking to discover a new destination like Belarus. But for those with an open mind, an increasing number of choices present themselves.

Can Belarus Authorities Prevent the Decline of Textile Manufacturers? 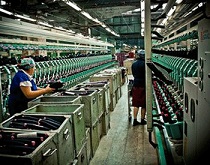 The president threatened to pay an unexpected visit to this state-owned enterprise in the future and denounced its attempts to cover up problems ahead of his scheduled visit.

Kamvol received more than € 100 mln in state subsidies in the last seven years, but has not finished a single year with profit. Kramvol's workforce shrank by half during that period.

The decline of the enterprise mirrors the fate of many such companies in Belarus. Successful during the Soviet period, Belarus's textile manufacturers are struggling and lose customers to foreign companies today. And yet these companies continue to be subsidised by the authorities despite their increasing unprofitability.

The Decline of a Soviet Giant

Founded in 1955, Kamvol flourished while Belarus remained in the Soviet Union. During that time, the enterprise produced up to 22 million metres of fabric per year. Today Kramvol produces 10 times less fabric and faces a real possibility of closing.​

Between 2009 and 2014, the number of Kamvol's employees decreased by half, reaching 797 people. Considering the general depression in the economy, the company's workforce may have shrunk even more in 2015.

According to the Ministry of Finance, Kamvol finished 2014 with a net loss of €1 million. The only year, in which the losses were negligible, was 2011. That year Belarus instituted triple devaluation, decreasing the price of Belarusian goods on the world market. 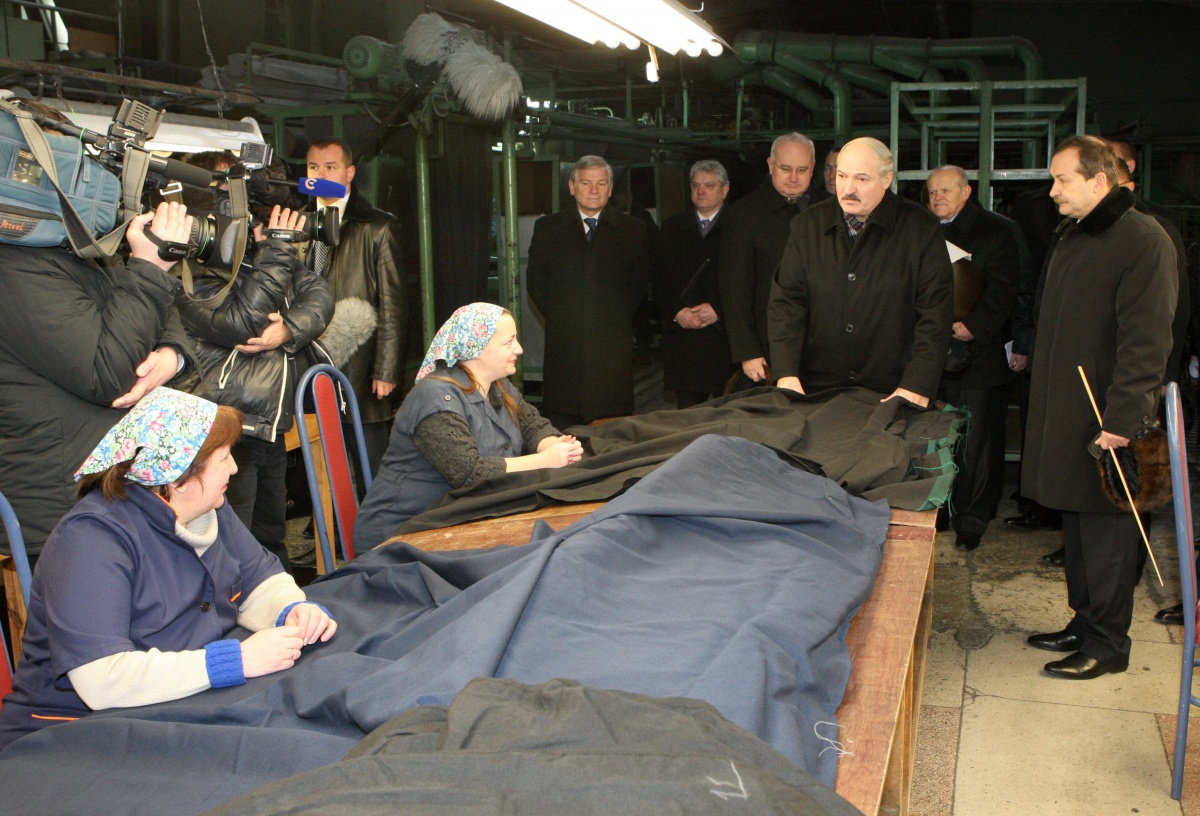 Kamvol’s problems became most acute in the winter of 2012, when Alexander Lukashenka visited the factory.

During his visit, room temperature at the enterprise hovered around 0 degrees Celsius. Heating the company's space with 13-metre high ceilings was too expensive. The authorities also discovered that Kamvol's machines were worn off by 95%.

Enraged at the poor state of affairs, Lukashenka fired the plant's management and the leadership of the concern of the Belarusian light industry.

Even on the verge of bankruptcy, the company remains one of the largest manufacturers of fabric in the former Soviet Union. Kamvol also occupies a significant position in Belarus's light industry. At the same time, the company desperately needs to modernise in order to survive.

The Belarusian authorities have planned to modernise Kamvol for several years now. Lukashenka has repeatedly raised the issue with the company's management. On 4 December, after he had refused to visit the enterprise and claimed that its management had tried to whitewash Kamvol's problems, Lukashenka held another meeting on the status of the enterprise. He then announced an additional € 5 million in funding for the company.

In the last eight years Kamvol received more than € 100 million from the state. Yet the company remains unprofitable despite generous support.

Kamvol struggles financially for the same reasons that many other textile manufacturers in the post-Soviet space are going out of business. These companies cannot compete with Asian or Turkish producers. For example, Ivanov textile plant in Russia went bankrupt in 2001.

Yet unlike similar companies in other post-Soviet states, two dozen of Belarusian state-run textile manufacturers remain in business, propped by governmental subsidies. Like Kamvol, these companies performed strongest when the Belarusian rouble was devaluated in 2011. What makes the current crisis different from that of 2011, however, is that the Russian economy is also shrinking. Moscow now lacks money for buying Belarusian textile products.

Saving Kamvol resembles the plot of film Groundhog Day. Dissatisfied with the enterprise, the government dismisses its management and increases subsidies to improve production. Kramvol invariably incurs losses, provoking a new round of dissatisfaction, followed by the reshuffling of management and financial inflows.

Lukashenka's promised surprise visit to Kamvol in 2016 will change nothing. The poor state of the company's affairs is common knowledge, and the solutions to Kramvol's problems remain out of reach.

A few years ago, the authorities proposed to develop a sheep breeding complex, in order to provide Kamvol with domestically produced raw material in the place of the wool imported from Russia. This plan has failed because creating a sheep breeding enterprise from scratch is costly and because Belarus lacks the meadows needed for grazing sheep.

The authorities have considered several other alternatives, such as attracting foreign direct investment or merging Kamvol with a successful weaving enterprise. In 2011 Turkish company De Textile declared readiness to invest in the company. But, like many foreign investors in Belarus, De Textile failed to come to an agreement with the Belarusian government.

A merger remains on the agenda, as it would allow to hide the Kamvol’s losses on paper. The government prepared a draft decree in 2014, but Lukashenka still is yet to sign it.

In reality, the Belarusian authorities can do little to reverse the decline of the moribund textile industry. Despite Lukashenka's personal engagement in the rescue operation and the large sums earmarked for the company, Kamvol will continue to falter.