In February Ostrogorski Centre (OC) analysts commented on the lifting of EU sanctions, Belarus' new military doctrine and the economic challenges the Belarusian government is facing amid the deepest crisis since 1990s.

As the repercussions of the continuing economic crisis... 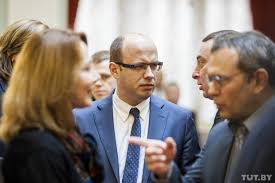 In February Ostrogorski Centre (OC) analysts commented on the lifting of EU sanctions, Belarus’ new military doctrine and the economic challenges the Belarusian government is facing amid the deepest crisis since 1990s.

As the repercussions of the continuing economic crisis become more obvious for both the authorities and the population, the struggle within the Belarusian leadership over the future of the national economy has been intensifying. The authorities appear to have taken a strategic decision not to launch comprehensive reforms, while probing the population’s reaction to certain social and economic problems.

Ryhor Astapenia analyses the pro and anti-reform camps within the Belarusian elite following the recent statement by President Alexander Lukhashenka that no economic reforms will be carried out in Belarus. The anti-reform coalition includes heads of state-owned enterprises, officials who work in the ministries and bodies tasked with coordinating the state sector, and supervisory agencies that benefit from arcane rules and regulations. While they currently seem to have won over Lukashenka, the president is also giving senior positions to liberals and allowing them to engage in open debate with the old guard.

Vadzim Smok analyses the recently updated energy security concept, according to which Belarus remains a country with a critical level of energy dependence. 90 per cent of Belarusian energy imports come from a single supplier – Russia. Moreover, a third of export revenue is traditionally generated by refining Russian oil. The authorities prefer to retain the status-quo as an easier and conflictless strategy, but the need to strengthen statehood will sooner or later require a solution to this deep problem.

Lizaveta Kasmach discusses a new Belarusian government initiative to decrease maternity leave from three to two years. Considering the challenges that the Belarusian economy is facing in 2016, with falling oil prices and the ongoing recession, the state is trying to find ways to optimise the inefficient social security system as a means of stabilising its expenditures. However, Belarusian mothers are not yet ready to accept the reform, as the state lacks the necessary infrastructure to organise adequate childcare.

Within the framework of their systematic support of social and political analysis, the Pontis Foundation and the Ostrogorski Centre announce a call for proposals for funded research studies in the areas of foreign policy, security and education.

The main goal of the proposed activities is to stimulate a dialogue between Belarusian analysts, experts, journalists and representatives of civil society. It also aims to increase their ability and capacity to participate and contribute to the policymaking process through stimulating discussions on selected topics – in Belarus and internationally.

Bloomberg quotes OC senior analyst Igar Gubarevich in an artiсle on the EU’s recent decision to scrap sanctions on Belarusian officials. Igar argues that the EU is most concerned with issues of regional security and so is reluctant to rebuke Belarus, which has recently acted like a fairly independent player, and push it into Russia’s embrace.

Polish Radio interviews OC senior analyst Siarhei Bohdan on Belarus’ gradual distancing from Russian policies. Minsk has been building alternative ties across the world to ensure protection from an increasingly assertive Russia. Belarus is becoming a more independent player on the international scene.

Belarusian newspaper Naša Niva republished an article by OC senior analyst Siarhei Bohdan on Belarus’ new military doctrine. Triggered by Putin’s policies in the post-Soviet space, this document reveals fundamental changes in the mindset of the Belarusian establishment, Siarhei argues. Belarus now identifies Russia as one of the major threats to its national security.

Women Need to Work More to Boost the Belarusian Economy 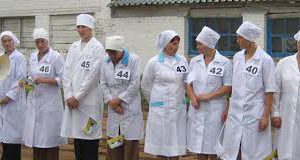 In January 2016 Kiril Rudy, an Economic Advisor to President Alexander Lukashenka, said that the Belarusian economy was in need of more gender equality. Namely, structural gender inequalities and cultural stereotypes disproportionately affect the female labour force and hinder their professional development. This in turn harms the Belarusian economy.

According to Rudy, women make a better workforce as they tend to be more stress-resilient, lead healthier lifestyles and overall turn out to be better-educated than men. In other words, the quality of female workers seems superior to that of their male counterparts. However, in terms of quantity, women lag behind men. There are fewer of them in the labour market and they earn significantly less than men.

Rudy identifies the root causes of this persistent gender inequality in the labour market: women leave the workforce for an extended period of maternity leave, they retire earlier, and social gender stereotypes work against them. He offers a quick fix to these deep-seated problems in modern Belarusian society, focusing on the first two issues: cutting maternity leave and extending the retirement age for women. In other words, women need to work more.

Belarusian women consistently fall behind men in the amount of money they make. According to Belstat, on average a working woman makes only 75 per cent of the salary of a working male, or a quarter less. Other economists also argue that only a fraction of this difference can be explained by controlled variables, such as level of education, years of experience, and number of years taken off for maternity leave. The rest of the gender pay gap remains inexplicable and must therefore be attributed to the mechanisms of discrimination against women in the labour market.

Currently working women in Belarus can retire at 55 years old. Together with Russia, Belarus holds the record as having the lowest retirement age for women among the post Soviet countries. Female life expectancy however has increased to reach 77.9 years. Moreover, it compares favourably to male life expectancy, which is only 67.3. Most men will work professionally until 60. Simple math suggests that an average woman collects 22 years of pension payments, while a man only collects 7.

Current parental leave in Belarus provides a parent with 126 paid days and up to three years of allowed time off with their workplace secured. While both men and women can take time off to care for a newborn, men account for only 2 per cent of such cases according to Ministry of Labour data. Both of the existing policies can potentially negatively affect women’s ability to be employed. Therefore both policies appear outdated and require revision.

Some women in Belarus might benefit from the proposed reforms. Belstat data suggests that many women choose to continue to work after they reach the retirement age of 55 for both financial and social reasons. Evidence also shows that many women return to work a lot earlier than after the permitted three years of maternity leave. However, measures proposed by Rudy seem more like a quick fix for a major problem of gender inequality than a well thought-through policy proposal.

Rudy does not mention whether these measures will close or at least narrow the gender gap in wages. He calculates, however, that they will generate an additional 2.3 per cent economic growth and a subsequent increase in GDP. Indeed, the calculations serve to identify ways to boost the Belarusian economy, but not necessarily to close the gender gap. Rudy holds the title of economic advisor, not gender equality consultant.

In recent years Belarus has consistently ranked high in the United Nations Development Programme's (UNDP) gender indices. However, despite the nominal high representation of women in parliament, generous maternity benefits and low maternal death rates, the government could do more to promote gender-sensitive policies. In particular it could address the issues of labour market discrimination, the gender pay gap, and domestic violence prevention.

While Rudy deserves recognition for publicly speaking out and acknowledging persistent gender inequality in Belarus, he has not put women’s issues at the forefront of his policy proposals. But someone should.

Gender equality has emerged as a burning, crosscutting issue for international discussion, with delegates at the recent World Economic Forum in Davos taking it on. The general consensus recognises that societies with high rates of gender equality fare well economically. If Belarus indeed wants to close its gender gap and boost its economy, then the proposed reforms should constitute part of a fair package deal to empower women in the long run.

Such reforms would have to be more comprehensive, long term and require a lot more financial and social investment from the government. They should span from allocating additional funding for early childcare to providing professional training courses for women to enhance their professionalism when they choose to return to work. Maybe then women would agree more eagerly to the obvious disadvantages of the proposal to work more.

Existing Belarusian legislation does not effectively protect women from discrimination during hiring or promotion processes. Nor does it stipulate what constitutes sexual harassment at work. The Constitution of the Republic of Belarus together with the Labour and Criminal Codes offer little protection for women when it comes to discrimination. The burden of proof lies upon a woman with virtually no assistance or sensitivity from either the investigators or judicial system.

With its shrinking labour force, Belarus needs to ensure that both men and women enjoy equal rights and benefits in the labour market. And if Belarus has ambitions to join the world economy and look to the West, it must learn from existing international best practices.