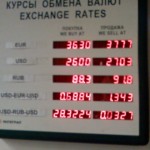 VIRGINIA – on July 17, 2009 a federal judge sentenced Viktar Krus to 7 years in prison for creating and running an illegal ring that supplied cheap workers to the East Coast resorts and railroad yards. 22 other co-defendants have been convicted in the case.

Viktar Kurs, a Belarus national, entered the United States on a J-1 student visa in March of 2001. He immediately applied for asylum claiming he was persecuted in Belarus for being a member of the ZUBR student group.

Later the ring helped many other Belarusians to obtain political asylums by submitting false documents demonstrating that the Belarus government had persecuted them for their political activities. The convicted also brought in workers by filing false alien relative petitions, and false tourist visa requests, and arranging sham marriages.

Immigrants had to live 12 to 15 to an apartment and Kurs deducted from their $7-an-hour salaries for uniforms, travel and other expenses. At the same time, he charged hotels $10 an hour per worker, making a $3-per-person profit on top of the fees he charged the workers. Since 2003, 28-year-old Krus grossed $34 million and brought in more than 3,800 immigrants primarily from Eastern Europe.

After serving his 87-month prison term, Krus will be deported to Belarus. It is unclear whether as a result of this case the U.S. authorities will become less generous in granting political asylums to Belarusians.

The full text of the court indictment is available here.