According to the program author, Clive Anderson, the Rada is the longest-serving government in exile in the world. The Belarusian Democratic Republic’s independence was declared on March 25, 1918 during World War I, when Belarus was occupied by the Germans according to the Treaty of Brest-Litovsk.

After the Germans retreated from the territory of Belarus and the Russian Red Army started moving in to establish the Socialist Soviet Republic of Belarus, in December 1918, the Rada (Council) of the Belarusian Democratic Republic moved to Hrodna, which became the centre of a semi-autonomous Belarusian region within the Republic of Lithuania. During the subsequent 1919 Polish invasion, the Rada went into exile and facilitated an anticommunist struggle within the country during the 1920s.

The BBC program examines interesting examples from around the world, which vary from the serious to the apparently ridiculous.

In Toronto, for example, a Belarusian government holds court, run by the charismatic Irvonka Survilla. Their version of Belarus only existed for nine months in 1918 before it was assimilated by the Soviet Union. Now that Belarus is independent, is there any reason for their continued existence?

The broadcast is available at BBC Radio 4 until 1 March 2010. To listen, click here. 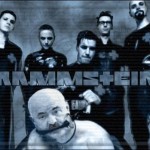