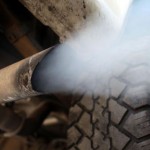 The international community showed little interest in the Belarus-initiated amendment to the Kyoto Protocol at the United Nations Climate Change Conference in...

The international community showed little interest in the Belarus-initiated amendment to the Kyoto Protocol at the United Nations Climate Change Conference in Copenhagen.

The amendment would enable Belarus to participate in the Kyoto Protocol’s Clean Development mechanism – Belarus’ main mechanism of international technology financing which provides carbon dioxide low emission. The document needs to be ratified by 75% of Parties (or 132 countries) to enter into force. The Belarusian amendment has been ratified only by 18 countries so far.

Belarus hopes that the new agreement will help create mechanisms of the fair distribution of available financial resources and improve the terms of transfer of advanced technologies to mitigate the climate change and adapt to it.

At the second conference of the parties to the Kyoto Protocol, Belarus voluntarily undertook extra obligations to reduce the carbon footprint, but its inability to access to flexibility mechanisms of the Kyoto Protocol puts it at a disadvantage in comparison with other Annex I countries.

By 2020 Belarus plans to reduce the greenhouse emissions by 600 million tons in the CO2 equivalent. Its contribution to reducing greenhouse emissions includes re-swamping degraded peat bogs. The country is also financing the research into the wind potential of some 30 areas.

Alexander Grebenkov, a climate change expert, said that “[f]rom 1995 to 2008 Belarus reduced the greenhouse gas emissions by 134 million tons in the CO2 equivalent. From 2008 till 2010 we are going to cut the emissions by another 600 million tons.” The cuts of greenhouse gas emissions could be bigger if the country got access to the new technologies and mechanisms within the framework of the Kyoto Protocol.

Belarus acceded to the Kyoto Protocol in 2005, and the amendment was negotiated at the November 2006 meeting of parties. Minsk reiterated its commitment to reducing greenhouse gas emissions past 2012 by undertaking obligations adequate to its capabilities at the 2009 climate change summit.

Read more about Belarus’ plans to reduce the greenhouse emissions at REVE.

An interview with Michail Holasaŭ (Mikhail Golosov), a Belarus-born economics professor at Yale University. The initiative of these people is really worth admiration. It is very important for the Belarusian government to really seize this opportunity and to help economists from the Belarusian diaspora to realize their project.

Having Europe’s probably most backward and least reformed economy, where real market reforms might only have started a year ago or so, Belarus desperately needs the experience and knowledge of people like Michail Holasaŭ or Aleh Cyvinski (Tsyvinski). One should consider the example of Mikheil Saakashvili, the Georgian president and successful reformer, who invited young Georgian-born economists from the West to advise on economic reforms and even take key positions in the country’s government.

Economists with a global reputation have come to a conference in Minsk on December 28-29. They are united by Belarusian origin. And the desire to do something for Belarus. Naša Niva has talked to Mikhail Golosov, a professor of economics at Yale University (USA).

NN: Please tell us a little about yourself.

Mikhail Golosov: I was born in Viciebsk and have studied at the Economic University in Minsk. After that I took postgraduate and doctoral studies in the United States. At first it was hard, because I didn’t have a good initial base. I had to learn economics and mathematics virtually from scratch.

NN: Is our education so weak?

MG: No, I wouldn’t say so. It’s just that the BSEU is more like a business school. It prepares professionals in a very narrow field, for example, the banking business. So, a graduate of the Belarusian Economic University is ready to go and to work at a bank. However, having graduated from there, I was not prepared to deal with economy on a scientific level. I stayed in the U.S. because I wanted to do serious economic research. Even European universities are far behind the U.S. in terms of science and research. I began to teach in Massachusetts then in Harvard. Now I’m at Yale.

NN: Have you met Belarusians among professors there?

MG: Not too many. We have gathered a significant part of them at a conference we hold in Minsk on Monday. Today we have a base of 29 Belarusian economy professors from western universities. However, we currently do not yet have information on the U.K. But overall, the figure is, I think, about 40 people. Some of them I know personally, with some I have been exchanging e-mails, some others I will only meet in Minsk for the first time. This is a lot compared to our previous expectations. However, there are many more professors from, for example, the Czech Republic. I am only talking about economic research. Perhaps, in mathematics there are more Belarusian professors.

NN: Have you ever been invited to work at the Belarusian government? Would you be interested in that?

MG: No, they haven’t invited me. Although in principle it would be interesting for me. In addition to teaching, I have also worked at the Fed, so I have experience.

NN: What will there be at the conference on December 28?

MG: We want to organize a proto-university, or rather courses that teach economics at a serious global level. The conference to take place on 28-29 December is the first step to achieving this goal. We want to declare our initiative. Maybe there will be more interested people. This idea arose during a meeting in Rome between me, Aleh Tsyvinski (another Yale University professor of Belarusian descent – NN) and Pavel Daneyko (a Belarusian economist, rector of the Moscow Business School – NN). The already existing BEROC (Belarusian Economic Research and Outreach Center – NN) is the first step toward creating such a program, to create a scientific research center. The programme will be created if we see a list of Belarusian professors who would work there. Not just good teachers, but those who are concerned with the country’s future. We plan to launch this programme in 2011 or 2012. Everything will depend on funding and legal status. The National Bank offers the University of Polesia in Pinsk as the platform for the programme.

NN: Will it be a Masters programme? Or will it also give Bachelor degrees?

MG: So far we are planning to launch a Masters programme. In fact, I do not think that we would train bachelors. To make a short and qualitative Masters programme is not so difficult. For that you don’t need many teachers, as well as not so many students (a group of 20-30 people).

NN: Do you plan to make financial profit from this idea?

NN: Will the programme prepare professionals for Belarus or for the West?

MG: For Belarus. It is interesting to us as Belarusians.

NN: Do you have any arrangements made?

MG: We are just beginning to talk with various government organizations. So far everybody is expressing interest.

NN: What will be the working language there?

MG: English. Now, English has become the language of economy in the world. Leading Masters programmes in Italy and Spain are in English. Virtually all academic literature is in English.

NN: Why is the programme so important for you personally?

MG: I guess because I’m from here.

NN: Let me also ask some questions on current issues. How, in your opinion, will the crisis change global economy?

MG: I think that in western countries, where there has been a wave of economic liberalization on deregulation, the trend will now go in the opposite direction. The state will play a big role in the economy. Now the national debt has risen in the United States and European countries, so they should either raise taxes or expect inflation. This will lead to a rather slow growth of the economy. This forecast is for the short or medium term. The slow growth in Western countries will also slow down the rise of prices for oil and other raw materials.

NN: And will China be growing as previously?

MG: It is difficult to predict something certain for China. I think that for some time it will be growing in its current volumes. China has enough of their own problems to be solved. China started with from a very low point and grew very quickly. In principle, it is easier to grow from a low starting point than from a higher one. The more China develops, the more it will have problems rich countries are now facing: problems of inequality, social problems.

Read the original story in Belarusian at
nn.by