Belarus of Jews and Muslims

Each year on Holocaust memorial day, Belarus has its own tragedy to recall. In the early 20th century, Jews made up 43 per cent of the population in Minsk and equally high rates were found in provincial centers. Yiddish... 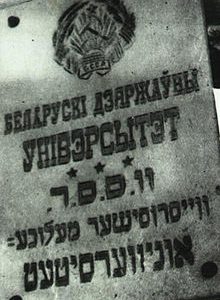 Each year on Holocaust memorial day, Belarus has its own tragedy to recall. In the early 20th century, Jews made up 43 per cent of the population in Minsk and equally high rates were found in provincial centers. Yiddish was one of four official languages – de facto and de jure –  between the First and the Second World Wars. The other three languages were Belarusian, Russian and Polish. Modern Belarusian literature is unimaginable without Jewish Zmitrok Biadulia, and the renowned artist Marc Chagall, who never forgot his native Vitebsk while living in France.

Today's Belarusian authorities like to present the country as an Orthodox Christian and Slavic nation. But historically, Belarusians of other religions and ethnic backgrounds significantly enriched the country. Jews and Muslims, in particular, have made lasting contributions to the country's history and culture. They represent tolerance and multicultural character for which Belarus is seldom credited today.

Every Tenth Belarusian Was Jewish

Today, about 30,000 Jews live in Belarus which has a population of 10 million. Although that is much more than in the neighboring countries, it is significantly less than in the past. At least a third of the population of nearly all Belarusian cities used to be Jewish. Numerous yeshivas and synagogues were found all over Belarus. Chabad Hasidism was founded in the 19th century by Menachem Mendel of Vitebsk and Shneur Zalman of Lyady. Labor Zionism was also founded in Belarus and Minsk held the second convention of Russian Zionists in 1902.

Jews constituted an integral part of Belarus since at least the 14th century. Their own cultural significance has been complemented by their role of mediators of contacts with Western Europe. They say that Baruch Spinoza, the Jewish Renaissance philosopher, temporarily hid in Belarusian Jewish communities following his conflict with his native community in Holland. There were only very limited religious persecutions in Belarus until the 19th century and the country was famous for its tolerance.

Belarusians have never displayed any religious fanaticism. For example, some decades after Spinoza, a member of the Belarusian noble family of Radziwills, Marcin Mikalaj Radziwill – after experimenting with Christian denominations – adopted Judaism. The Belarusian national movement also generally avoided anti-Semitism; even the nationalist musician Andrei Melnikau sings a song with Chagall's text about his love for Belarus.

In the 19th century, anti-Semitism in the Russian Empire began to force Jews out of the country. Many migrated to Europe and the United States. Under the Soviets, some Jews chose to assimilate and seek new prospects in other regions of the Soviet Union. In Western Belarus governed by Poland the dire economic situation, combined with Zionist sympathies, again compelled many to migrate overseas.

The Nazis dealt the final blow to Belarus's Jewish population. By destroying Belarusian Jews and their culture, the Holocaust also destroyed a valuable part of Belarus itself. Jews constituted more than a tenth of the population, and an even higher percentage in smaller cities and towns. They played a significant role in culture and science. Remnants of old synagogues and religious schools in urban areas are a testament to this thriving period. Even today, older Belarusians remember their Jewish neighbors and some Yiddish words.

While the devastation caused by World War II wiped out large swathes of Belarusian Jewish culture, postwar Russification played a role as well. Both Belarusians and Jews began to renounce their languages – Belarusian and Yiddish – in favor of Russian. Today, Belarusian Jews are studying Hebrew, as there is no place for Yiddish in modern Belarus. Its last traces are found in the klezmer music performed by groups such as the Minsker Kapelye of Dmitri Slepovitch.

The Muslim community never reached the strength of that the Jewish population did, but it managed to make a remarkable contribution to Belarusian statehood and culture. Belarus is the only European country where numerous Muslim communities settled peacefully in the Middle Ages without conquest.

Since the 14th century, the Grand Duchy of Lithuania (Litva) – the first united Belarusian state – invited to serve soldiers and military experts from various Oriental lands and peoples, and sometimes settled Muslim prisoners in the land. Today they are frequently referred to as Lithuanian or Belarusian Tatars, but the generic name 'Tatars' was used quite arbitrarily until a century ago to denote many Muslim ethnic groups of predominantly Turkic origin.

They very soon integrated into Belarusian society and the only distinction that they retained was their Islamic faith and script. There would be no discussion in Minsk about whether or not a European city should have a mosque in the center – the Belarusian capital has had once since the 16th century in the district of Nemiga. It was only in the 1940's that Communist authorities tore down the building.

Sometime in the 16th century, Belarusian became the first living European language into which the Qur'an was translated from the Arabic. There are thousands of Belarusian Muslim manuscripts – both religious and secular. Until 1980s, Muslims were the denomination with the largest volume of religious literature in the national language.

The Muslim community was famous also for its contribution to the army of the Grand Duchy of Litva. Its men were disproportionately represented in the military, until they were decimated by a series of large-scale wars with Moscow in the 17th century. Now there are only about 10,000 Belarusian Tatars. Nevertheless, when the short-lived Belarusian People's Republic fighting against Communist Russia formed the national army in 1918, it appointed a Muslim, Colonel Hasan Kanapacki, as its commander.

The Jews and Muslims serve as two examples of how different cultures shaped the Belarusian nation and were wedded to it by land, language, culture, and also fate. Remarkably, their decline coincided with that of the entire nation. Both connect Belarus to other cultures and regions of the world. Unfortunately, people too often portray the country as "Europe's last dictatorship", an isolated and hopeless place. But there is much more that Lukashenka regime in the rich historical fabric of Belarus.

Belarus as the Biggest Beneficiary Of The Eurasian Integration? 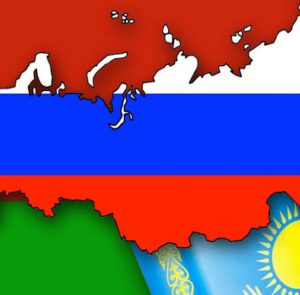 On 24 January the Eurasian Development Bank released an interesting report on the prospects of Eurasian economic integration. The report presented the findings of a research project conducted by a group of Russian and Ukrainian economists under the aegis of the Eurasian Development Bank, the main mission of which is to facilitate integration of post-Soviet economies. One of the report's conclusions is that Belarus will be the main beneficiary of the newly formed Single Economic Space and subsequent stages of the Eurasian integration.

Even without discussing in detail the report's research methodology, there are too many ifs in it. It is very unlikely that the incumbent Belarusian leadership will be able to make full use of opportunities that the Single Economic Space can offer. The reality is that instead of working on a coherent long-term strategy and creating a business-friendly environment, Belarusian authorities usually focus on gaining short-term subsidies and other economic preferences from Russia.

The report is remarkable for a comprehensive analysis of numerous scenarios of the Eurasian integration. The analysis goes beyond the existing format of the Single Economic Space of Belarus, Kazakhstan and Russia and also deals with the prospects of Ukraine joining the club.

Four out of six report's scenarios foresee some form of Ukraine's participation in the integration process. Thus, an important goal of the study is to demonstrate and quantify the benefits for Ukraine if it prefers the Eurasian integration to the European Union Free Trade Zone.

However, the researchers come to the conclusion that it is Belarus which will benefit most of all:

by virtue of the prevailing economic structure, the primary thrusts of foreign-trade ties, and economies of scale, the greatest effects are observed in Belarus.

The report also says that Belarusian exports to the rest of the Single Economic Space will account for 35% of the cumulative volume of its national GDP. However, this figure does not look very attractive as in 2011 Belarusian exports to Russia and Kazakhstan only amounted to approximately the same slice of the GDP (if the latter is calculated at the market exchange rate).

The report also predicts that without Ukraine the cumulative GDP of the Single Economic Space will gain more than USD 900 billion over the period 2011-2030. And if Ukraine joins the cumulative gain will exceed USD 1,1 trillion.

So the picture drawn by the study of Belarus’s future in the Single Economic Space looks shimmering and bright. It is not surprising, therefore, that the Belarusian official media reported the research findings with a great deal of excitement.

However, the text of the study itself and some additional analysis cast numerous doubts as to the potential of the Single Economic Space.

The authors of the study emphasize that the findings of their research can only be correct "if all the declarations that were made in the previous years will be turned into real actions." In other words, if the states will not break their commitments to build a functioning common economic space with no behind-the-scenes barriers for free movement of goods, services, capital and labor force.

The report also expects the states to adjust their macroeconomic policies  in accordance with international agreements, get used to free market competition and accept the coordinating role of the supranational Eurasian Economic Commission. The latter task is particularly problematic for the authoritarian states that form the Single Economic Space.

For Belarus the declared rules literally mean that the so-called ‘Belarusian economic model’ (a predominantly administrative economy where the state’s share is about 80% and only some elements of market economy exist) has to be left on the ash heap of history. There is no way in which the government can continue its administrative regulation of the economy and simultaneously remain faithful to the Single Economic Space agreements. The Belarusian leadership is very unlikely to give up such practices. This will deprive the regime of a great deal of political clout and expose the economy to multiple uncertainties with the potential of political repercussions.

This is not to say that Belarus cannot in principle gain from the Single Economic Space. The reality is that the incumbent government is clearly not ready to adhere to the ‘roadmap’ of the Eurasian integration. It is focused on the short-term benefits, such as discounted gas and oil prices, loans and good export contracts for state enterprises. But it does not think much about long-term opportunities and strategies. Not yet, at least. The authorities’ attitudes towards Belarusian business clearly indicate that.

Although the government promised certain positive improvements to the taxation system, already in January the government shocked business with new decisions. For example, it resurrected an ecological tax and introduced a two and half fold increase in taxation of individual entrepreneurs. Importantly, it was done in violation of last year’s liberalization Directive No. 4. Needless to say, there were no prior consultations with business associations. These decisions were interpreted by Belarusian and foreign entrepreneurs as new signs of poor prospects for doing business in Belarus.

Thus, it is very doubtful that Belarusian gains from the Single Economic Space can be nearly as high as calculated in the Eurasian Development Bank’s report. However, Belarus can gain significantly  in the long term if its authorities become more business-friendly and give up their populist social and economic policies.