Belarusian President Alexander Lukashenka, unlike his Russian counterpart, sees no immediate problems for Belarus in Moldova's association with Europe. However, he is dissatisfied with the existing level of trade and investments in Belarus' relations with most CIS... 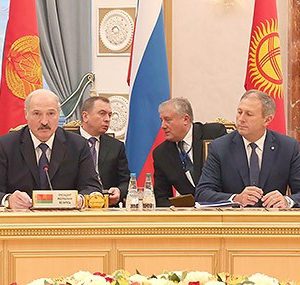 Belarusian Delegation at the EAEU Summit

Belarusian President Alexander Lukashenka, unlike his Russian counterpart, sees no immediate problems for Belarus in Moldova's association with Europe. However, he is dissatisfied with the existing level of trade and investments in Belarus' relations with most CIS countries.

Belarus succeeded in obtaining a $24m grant from China. In exchange, the Chinese delegation got a promise of Minsk's help in increasing China's influence in Europe.

On 24 and 25 September, the Belarusian leader paid an official visit to Moldova. Lukashenka and his counterpart Nicolae Timofti focused on trade and economic relations. Belarus is already implementing or developing several knockdown assembly projects for agricultural machinery and public transport vehicles in Moldova.

Lukashenka reassured the Moldovan public that the signing and ratification of the association agreement between the EU and Moldova would not affect the latter's relations with Belarus: "Don't dramatise … We need to create new forms and look for new ways of cooperation".

On 6 October, Lukashenka received Azerbaijani Foreign Minister Elmar Mammadyarov. This move meant to emphasise the importance Belarus attaches to its relations with this fast-developing partner.

The Belarusian leader expressed his dissatisfaction with the current volume of bilateral trade: "For us to have the turnover of $300m or even $500m – it is embarrassing even to talk about it". Again, Lukashenka has demonstrated his eagerness to set up a knockdown assembly in Azerbaijan counting on local financing of such projects.

Turkmenistan has taken serious interest in development of cooperation in academic research and education. The leading project in the economic area is the construction by Belarusian companies of the potash mining and processing facility in Garlyk.

Finally, Lukashenka met with Uzbekistani President Islam Karimov on the sidelines of the CIS summit in Minsk. The official communiqué on the meeting's results is much less enthusiastic than the reports on similar Lukashenka's encounters with his CIS counterparts.

Islam Karimov even mentioned "many instances of interpretations and speculations in mass media" about alleged contradictions in relations between two countries. This comment served more to confirm these speculations rather than to refute them.

The only CIS head of state missing from this gathering was Ukrainian President Petro Poroshenko. The Ukrainian authorities have yet to finalise their position on the country's membership in the CIS. Besides, Ukraine cannot simply ignore the unwillingness of most CIS 'brothers' to help it in stopping Russia's encroachment on Ukraine's territorial integrity.

Alexander Lukashenka indirectly acknowledged this situation: "It is probably unacceptable that the burning issues that relate to Ukraine are being dealt with somewhere far way, in Berlin or Milan". He spoke in favour of paying more attention to security in the framework of the CIS.

The CIS summit proved to be another routine event. It ended with adoption of 15 documents dealing with humanitarian, law enforcement and other issues. The members of the EAEU also signed an agreement on Armenia's accession to this Union.

The Belarusian foreign ministry actively seeks to secure a good footing in Latin America. In June, Vladimir Makei visited Cuba, Ecuador and Nicaragua. In September, he met with his counterparts from the last two countries in New York on the sidelines of the UNGA.

Meanwhile, one of his deputies, Alexander Guryanov, made a working tour of Latin America on 24 September – 1 October. In Argentina, Uruguay, Chili and Peru, he met with his counterparts in the foreign ministries as well as with local business leaders and regional governors. The trade and economic cooperation was a dominant topic of most meetings. Alexander Guryanov promoted Belarusian agricultural machinery and heavy duty lorries.

In the same context, Belarus and Columbia held consultations in Minsk on 29 September.

The Belarusian diplomats are doing their best to follow direct instructions of their president. Mr Lukashenka sees great potential in the region's markets, especially after the success in Venezuela.

On 29 September – 1 October, Deputy Foreign Minister Alena Kupchyna visited Brussels for the third round of consultations on modernisation. The parties focused on the issues of transports, energy and environment. Kupchyna seized this opportunity to discuss pressing issues of political relations between Belarus and the EU with some top EU officials.

On 8 October, Belarus and Hungary hold the fifth meeting of the Intergovernmental Commission on Economic Cooperation and a business forum in Minsk. László Szabó, State Secretary of the Ministry of Foreign Affairs and Trade, led the Hungarian delegation there.

While the Commission discussed many trade and economic issues, they made an emphasis on development of cooperation in the banking sector. Two major Belarusian banks, Belarusbank and Belagroprombank, signed cooperation agreements with the Hungarian Eximbank.

Aliaksandr Khainouski, Belarusian ambassador to Hungary, maintains active dialogue with the country's central and local authorities on a wide range of issues. It also helps a lot that Alena Kupchyna, the current Deputy Foreign Minister in charge of relations with Europe, was Khainouski's immediate predecessor in Budapest.

The top-ranking Chinese official came to Minsk to give an impetus to the project of the China – Belarus Industrial Park. The Park is the most ambitious venture in Sino – Belarusian relations and the largest joint project for Belarus.

The visit's immediate result has been a grant of RMB 150m ($24m) for electrification of the Park. China will issue this non-repayable aid under an intergovernmental agreement signed in Minsk.

During the meeting, Alexander Lukashenka was very enthusiastic about the relations with China. He described Mr Zhang's visit as a "very opportune" one and invited China to invest more in Belarus.

In exchange, Alexander Lukashenka promised to "help to increase China's influence in Europe". It is doubtful that China makes much use of Belarus' services for this matter. 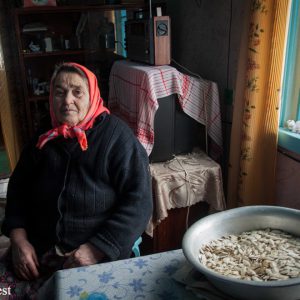 Only one in four Belarusians lives in rural areas today. And yet, most Belarusians are first-generation city dwellers. This is all the more interesting when considering the fact that only half a century ago, more than two-thirds of the population still lived in villages.

During the summer, villages get livelier as city parents send their children to their grandparents for the three-month summer break from school. In the winter though, village life quiets down. In smaller villages, there is no running water and wood stoves function as the main source of heat. According to the Belarusian Statistics Agency, people in rural areas live four years less on average than people in cities. 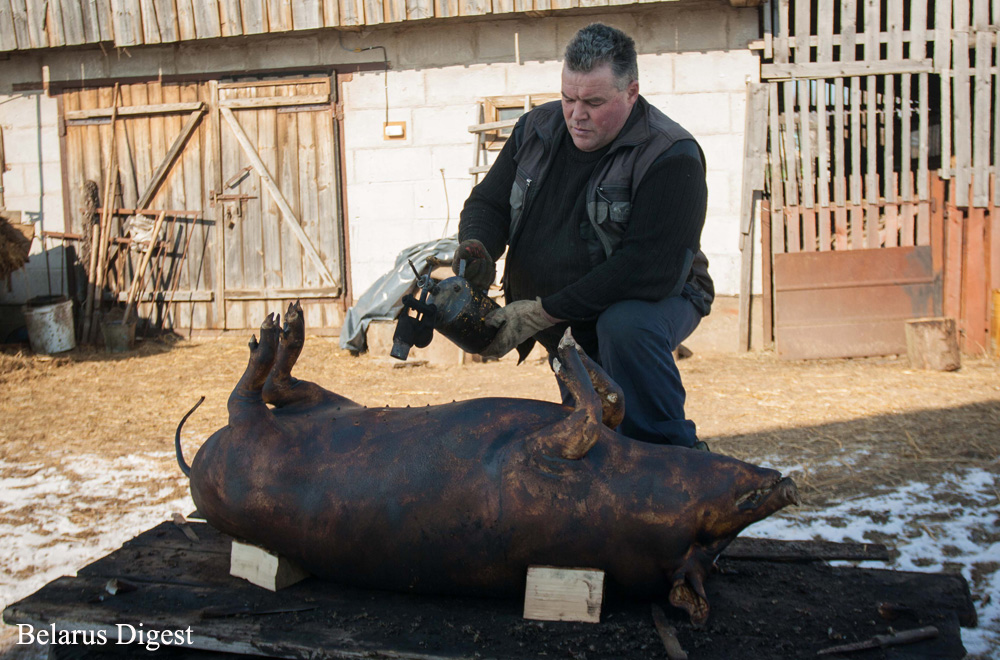 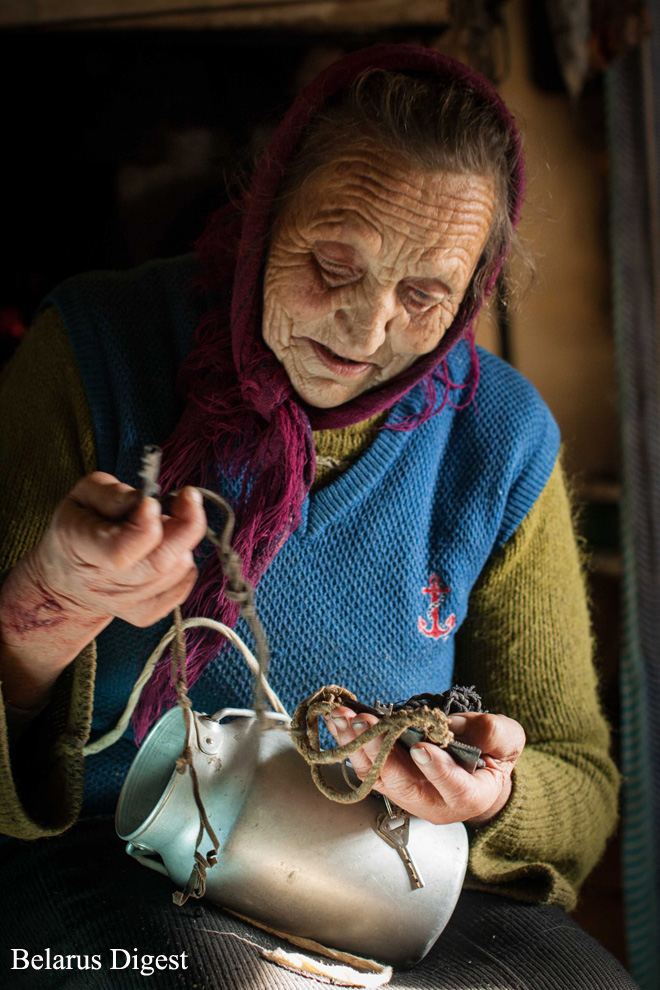 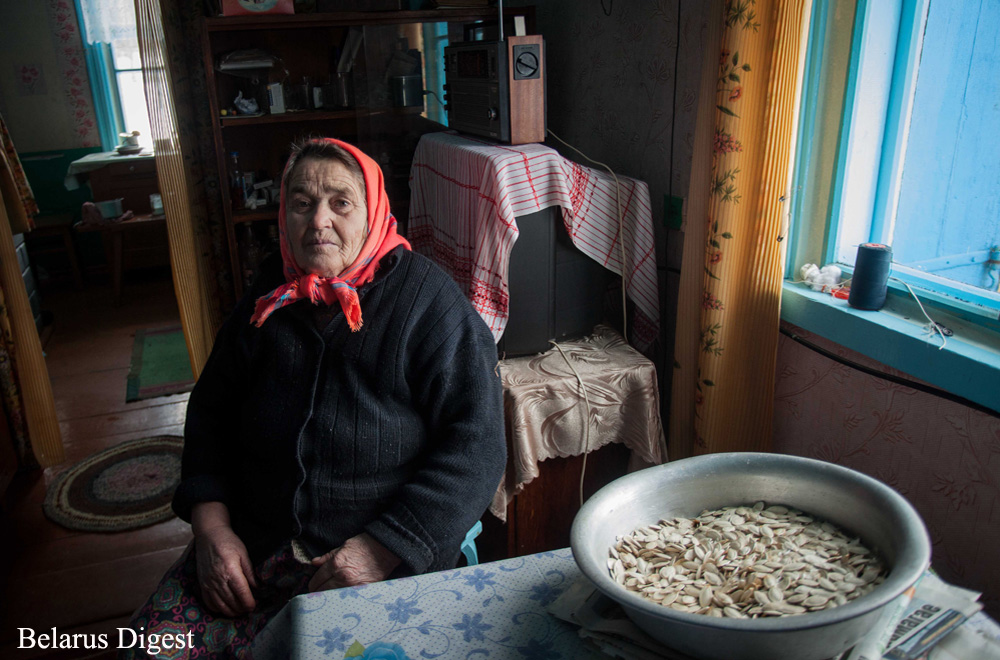 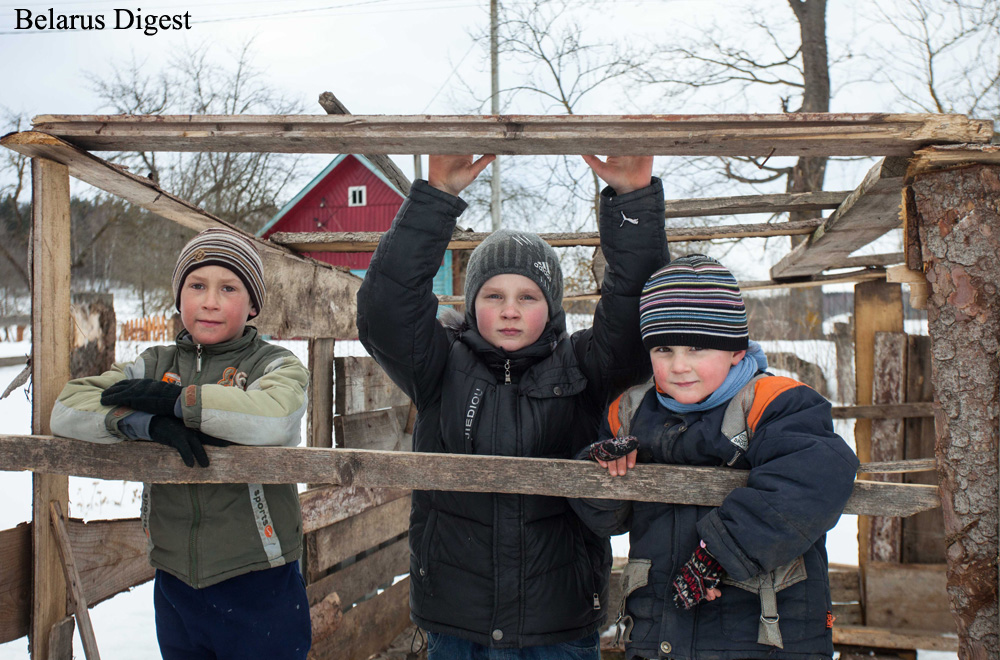 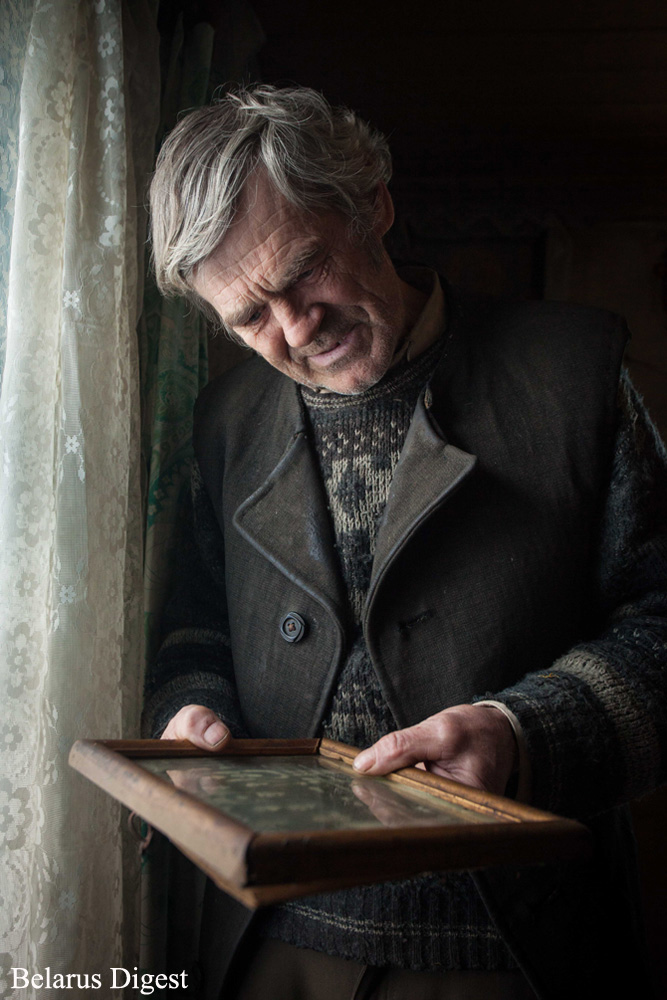 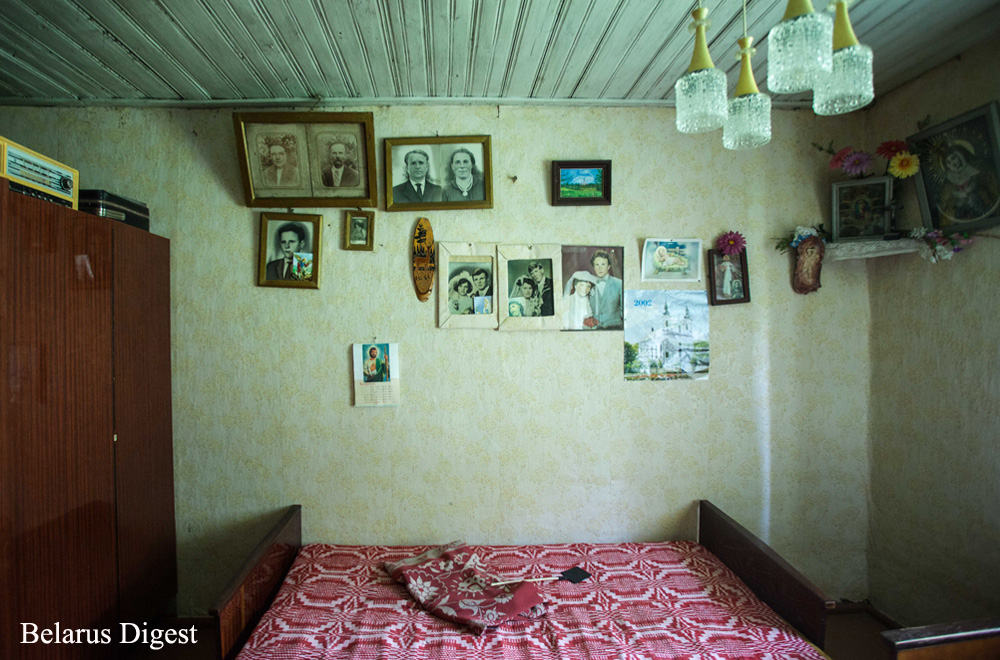 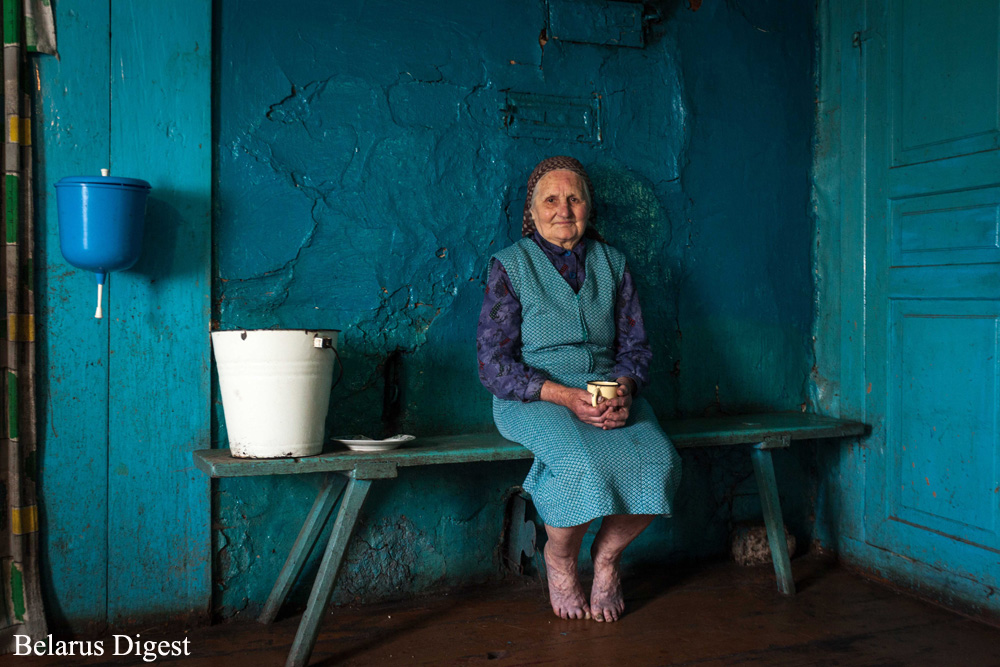 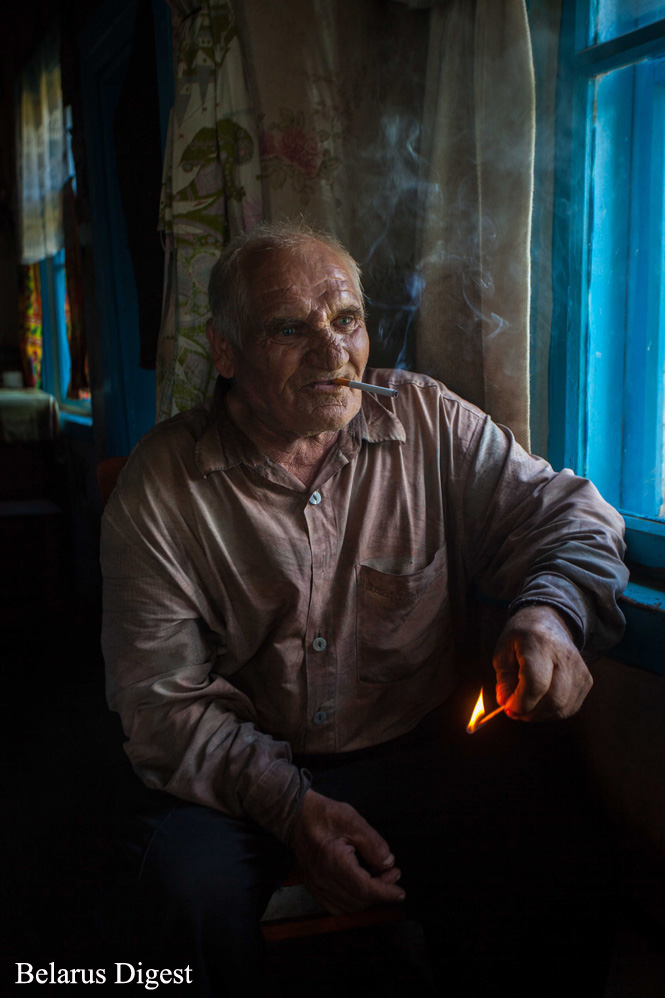 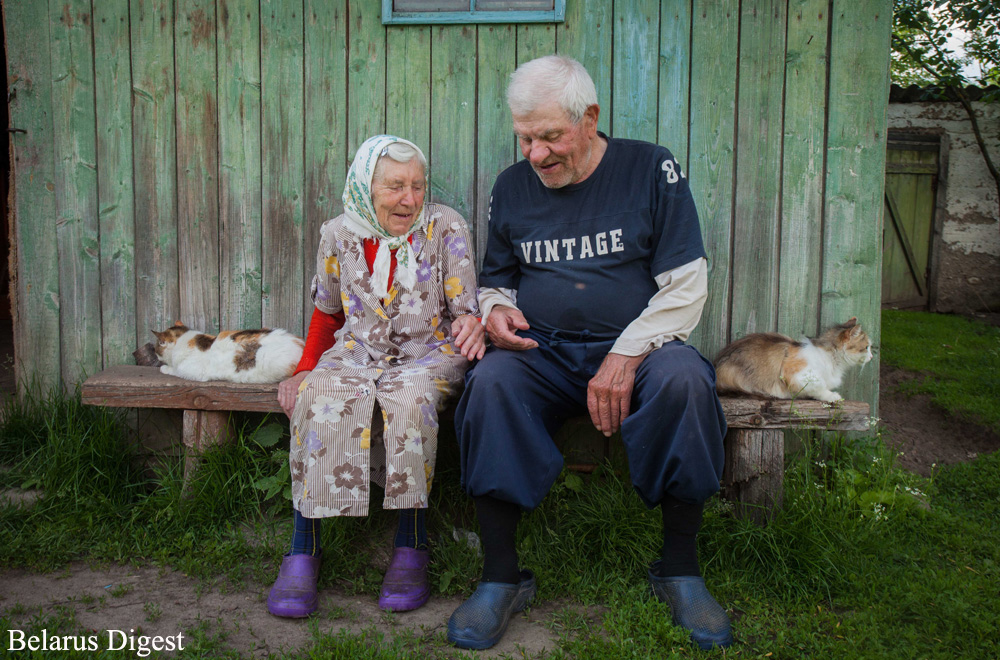 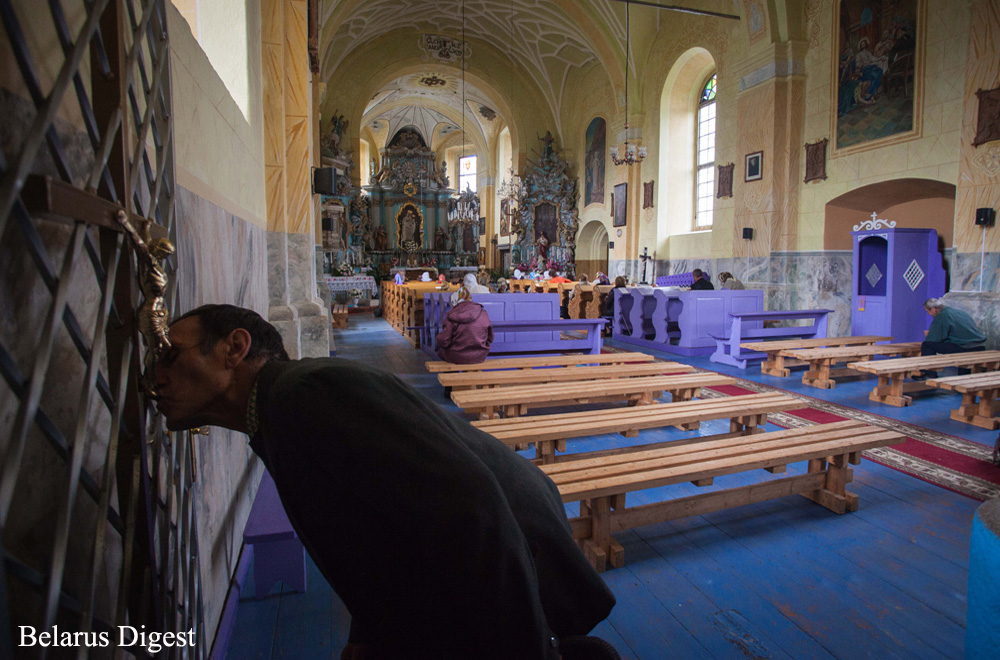 Siarhei Leskiec is a freelance photographer whose work focuses on everyday life, folk traditions, and rituals in the Belarusian countryside. Originally from Maladzeczna region, he received a history degree from Belarusian State Pedagogical University.