Belarusian highly enriched uranium (HEU) has not received a significant amount of attention apart from within small policy circles. Belarus was not invited to the high-profile Nuclear Security Summit this spring in Washington, nor has it had much of... 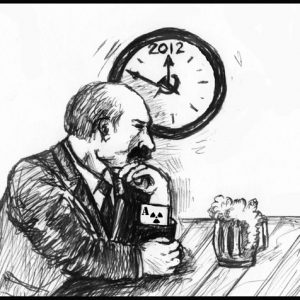 Belarusian highly enriched uranium (HEU) has not received a significant amount of attention apart from within small policy circles. Belarus was not invited to the high-profile Nuclear Security Summit this spring in Washington, nor has it had much of a relationship with the United States over the last couple years. One is hard pressed to think of what Belarus and the U.S. even have in common. It is hard to negotiate when the interests of two countries don’t seemingly overlap. However, nuclear material is one area where some common ground can be found between the United States and Belarus.

Taking into account the uranium enrichment activities of Iran and the renewed belligerence of North Korea, Belarusian HEU has all but disappeared from the political radar. Nonetheless, the material could be a potential ace-up-the-sleeve for President Alyaeksander Lukashenka if played wisely. The HEU could be used to both garner high-level attention from the United States, and to improve any future Belarusian negotiating position, at least in the short to mid-term.

Belarusian highly enriched uranium (HEU) has not received a significant amount of attention apart from within small policy circles. Belarus was not invited to the high-profile Nuclear Security Summit this spring in Washington, nor has it had much of a relationship with the United States over the last couple years. One is hard pressed to think of what Belarus and the U.S. even have in common. It is hard to negotiate when the interests of two countries don’t seemingly overlap. However, nuclear material is one area where some common ground can be found between the United States and Belarus.

Taking into account the uranium enrichment activities of Iran and the renewed belligerence of North Korea, Belarusian HEU has all but disappeared from the political radar. Nonetheless, the material could be a potential ace-up-the-sleeve for President Alyaeksander Lukashenka if played wisely. The HEU could be used to both garner high-level attention from the United States, and to improve any future Belarusian negotiating position, at least in the short to mid-term.

There is a time limit on the ability of Belarus, or any other country for that matter, to secure the maximum benefits that would accompany surrendering its HEU stock in order to be down-blended, rendering it less dangerous. The President of the United States has made securing and consolidating nuclear material a key priority of his administration’s non-proliferation agenda. Indeed, the agency in charge of administering nuclear security programs is likely to receive a 13.4% budget increase over last year.

However, not everyone in the U.S. government shares the President’s fervor, as evidenced by the reluctance and often hostility of the U.S. Republican party to the President’s agenda. It is likely that a future Republican administration will be loath to offer the same terms in a negotiation with Belarus, and will more likely resort to strong-arming in the case that it sees Belarusian HEU as a threat. Therefore, it is highly recommended that if Belarus would like to improve its international standing and gain the optimum benefits for its immediately-valuable HEU, it should pursue an open and high-level dialogue with the United States over the repatriation of its HEU stocks to Russia for downblending.

Securing loose nuclear material that could fall into the hands of terrorists or a nation seeking nuclear weapon capability is a top priority of the Obama administration. It was the focus of the April 2010 Nuclear Security Summit in Washington, which brought together the leaders of 47 nations to discuss the nature of the threat posed by loose nuclear material and to foster a consensus aimed at addressing the problem. The Nuclear Security Summit was also a key element of a larger U.S. effort to reduce the global threats posed by nuclear weapons, and as such, the Obama administration has invested significant political capital in the pursuit of its nonproliferation agenda.

Noticeably absent from the April summit was Belarusian President Lukashenka. Belarus is thought to have between 170-370 kg of fresh – nonirradiated – HEU, 40 kg of which is said to be weapons-grade – enriched to 90% or higher. The material is said to be stored at Sosny, 10 miles outside of Minsk, which is the home of the Belarusian National Academy of Sciences and a Joint Institute for Power and Nuclear Research. The HEU at Sosny, while inherently dangerous, is not exactly the “loose” nuclear material that an international consensus has been built around securing. But even though Minsk’s possession of HEU doesn’t exactly pose the greatest threat to international security and stability, Minsk can still capitalize on its large stocks to gain political and economic benefits by recognizing that the current U.S. administration would love to chalk up another foreign policy win.

To its credit, Belarus has been a rather responsible member of the nuclear nonproliferation regime since its ratification of the Treaty of the Nonproliferation of Nuclear Weapons (NPT) and its co-sponsorship of the indefinite NPT extension proposal in 1995. Belarusian participation in the now-famous efforts to consolidate the former Soviet nuclear arsenal, its 2005 signature of the Additional Protocol to its International Atomic Energy Agency Safeguards Agreement (not in force as of 27 May 2010), and its ratification of the Comprehensive Nuclear Test Ban Treaty are indicative of its understanding of the need to control nuclear weapons and material.

Its efforts should be commended, but as the saying goes, “the squeaky wheel gets the grease.” If Belarus wants to be perceived as a responsible steward of its nuclear material by keeping it secure, then kudos to Belarus. But if it would like to receive some tangible benefits, then it would be well advised to capitalize on the current attention that the U.S. administration’s non-proliferation agenda is receiving. At a time when U.S.-Belarusian relation are at a very low point, this issue could be used to ease the tension and allow the two countries to begin normalizing relations, which would be in both of their interests.

If Belarus could leverage the Obama Administration’s desire to pick up what would likely be perceived as a big foreign policy win before the next U.S. Presidential election in 2012, it could further its own goals and effectively contribute to global security. The U.S. administration’s elevation of nuclear material security to a top-priority would allow for Minsk to garner positive notoriety and financial gain. The state of U.S.-Belarusian has nearly bottomed out and could use the adrenaline shot that working together to repatriate the Belarusian nuclear material would provide.

If Lukashenka is to garner the optimum benefit from his HEU stockpile, it will have to be before there is a change of administration in the White House. The U.S. Presidential election in 2012 is likely going to be quite contentious, and if the opposition party comes to power, many of Obama’s policies will likely be discontinued. If Belarus would like to continue to be a responsible steward of its significant quantities of HEU, that is great, but it should understand that such dangerous material can also be a liability.

Belarus Stays Outside EU Enlargement Agenda Even in Theory 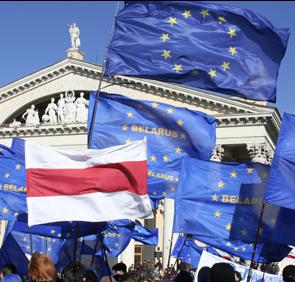 The European Union has committed to the long-term strategy of integration of the Balkan states of former Yugoslavia and Albania as its members. At the same time Belarus remains untouched by European integration. This means that the EU border remains a border dividing Europe. The rationale behind Western Balkan states' integration into the EU is geographical and geopolitical: the countries are already de-facto surrounded by the EU. Unlike Belarus, Ukraine and Moldova, there is no alternate integration pole for the Balkan countries. They are unlikely to establish a block among themselves nor join some third non-European integration project. Slovenia has been the first country of former Yugoslavia to join the EU in 2004.

All other countries of the region have either applied for membership (with Croatia being in the vanguard of the process) or are at least officially considered candidates. This comes despite a history of deep internal problems and even recent civil wars, like Bosnia and Herzegovina or Serbia. Even Kosovo, which is not officially recognized by five EU member states, is considered a potential EU candidate. Belarus is effectively not at all part of the process of the European integration despite being culturally and historically probably even closer to Western Europe than some of the Balkan states. Belarus is economically stable (although badly reformed) and ethnically homogeneous, which is not the case with some of the Western Balkan countries.

What Belarus and Northern Africa have in common The European Neighborhood Policy puts Belarus in the same row with countries of Northern Africa or the Middle East which radically contradicts the aspects of history and culture. The Eastern Partnership has been a step forward but its effectiveness is still questionable. Poland and the Republic of Lithuania are among the traditional advocates of Belarus' eventual integration with the EU given the countries' historical and cultural ties with Belarus and their unwillingness to be the union's border states. Until the 20th century there has hardly ever been a border between what are now Poland, the Lithuanian Republic and Belarus.

Now the border between them is sometimes seen as a border between "Europe" and "Eurasia". Opinion polls show that approximately half of the population of Belarus is in favour of the country's EU integration. Both the opposition and, since recently, the officials strive for Belarus' closer cooperation with the EU. At the end of the day, it is still a question to be discussed whether Belarus should indeed become a full member of the EU and expose itself to burdens of the Union's bureaucracy and over-regulation. But Belarus' formal joining of the European Union is not the issue itself. The problem is that the border of the EU is a border separating Belarus from the most of the continent and thus a border dividing Europe which is seemingly not the way it is being seen by the EU itself. The European Union and the public opinion there tends to identify the words Europe and EU, which is a mistake.

European identity versus Realpolitik It is not only the fault of the authoritarian regime of Aliaksandr Lukashenka that Belarus is not quite regarded as a European country in the West. Spain, Greece and Portugal have had even more repressive regimes until the 1970s which has never crossed out them out of Europe. The democratic and increasingly westernized Georgia has in the last years showed strong adherence to values claimed to be European and commitment to European integration. Despite that, it is treated by the EU in virtually the same way as the undemocratic Belarus, with hardly any membership perspective foreseen. Some observers claim that relations with Russia are of higher priorities for the EU than relations with countries like Belarus or Gerorgia. Therefore Brussels would rather prefer leaving the countries in Russia's sphere of influence instead of responding to their desire for European integration.

If the EU wants to be based on a European identity and not on Realpolitik and fossil fuels, it has to treat Belarus in a different way from the Asian and African neighbours of the EU. This does not necessarily mean giving extra material support for some pro-EU initiatives of the Belarusian opposition. Even less should it mean ignoring the Belarusian authorities abusing human rights. This primarily means for the EU itself to learn to perceive Belarus as an indivisible historical and cultural part of Europe – which Turkey, Algeria or Azerbaijan are not. Read more on the EU's policy towards the Balkans at rferl.org