Diplomatic scandal with the European Union, political prisoners and economic sanctions remain in the focus of attention of Belarusian analysts. Other topics include the effect of Putin's election as president in Russia, the state of the legal profession in...

Diplomatic scandal with the European Union, political prisoners and economic sanctions remain in the focus of attention of Belarusian analysts. Other topics include the effect of Putin's election as president in Russia, the state of the legal profession in Belarus, and a review of human rights violations in February 2012.

Why doesn't Lukashenka Release Political Prisoners? – The Warsaw-based Solidarity with Belarus Information Office's analysts note that “the release of political prisoners in exchange for ending of the conflict with the EU is perceived by Minsk as a very bad deal”. Firstly, it brings no economic benefits for the country. Secondly, the Belarusian elite, raised by Alexander Lukashenka, will certainly perceive such a move as a weakness of the President.

“And the Winner Is…”: Belarus and European Union Recall Each Other’s Ambassadors – Vladimir Socor considers that “the mutual recall of ambassadors deepens the gulf between the EU and its immediate neighbour in Central Europe, Belarus. It is a gift of unexpected magnitude to Vladimir Putin’s Eurasian bloc-building strategy.” He concludes that unless the situation deescalates, the Kremlin will be the main beneficiary of the diplomatic scandal between Belarus and the European Union.

Deadline for Lukashenka, or why the European Ambassadors Left – Andrei Eliseev analyses the development of the current diplomatic conflict between the EU and Belarus, as well as the history of the withdrawal of ambassadors in previous periods. The expert believes that "the EU will continue to insist on their position: first, the release of political prisoners – and then resuming fully-fledged dialogue and a partial freeze of sanctions".

If the EU Sanctions Work: an Analysis of the Arguments – Andrei Eliseev describes the history of relations between the EU with Belarus and shows that EU sanctions have consistently worked well – either fully or partially. The expert examines the arguments of opponents of sanctions and concludes that "the EU sanctions in the Belarusian case may not be as unjustifiable, dangerous and hopeless as it seems to their critics".

Trying to Live with Lukashenka – The Economist recounts the meeting of a group of Belarusian political scholars and civil-society activists with representatives of the Polish foreign ministry and the embassies of the US, Canada and several EU members (5 March, Warsaw). The Economist notes that while many Belarusian activists were calling for the EU to ditch confrontation in favour of support for civil society, several European officials ruled out any changes in their visa policy.

Dmitry Karpievich: "Belarusians are Interested in what's Happening in the EU" – Chairman of the Education Center POST Dmitry Karpievich in his interview for Novaya Europa discusses whether there is interest in a  European theme among teachers and pupils, as well as what issues civil educators face in solving the complex "European problem" in Belarusian conditions. The theme of European integration and the way of life attracts considerable interest in Belarus, but there are many barriers which prevent Belarusians from getting information about the European Union without stereotypes.

Results of Elections in Russia: Implications for Belarus – George Plaschinsky notes that the election of Putin means further integration of Belarus in the format of the Common Economic Space. Russia's membership in the WTO is likely to contribute to "forced modernization" of the Belarusian economy. Russia is likely to continue subsidising the Belarusian economy but will be more assertive in seeking more in return, particularly privatisation of state property.

Analytical Review: February 2012 – The Belarus National Security Blog has released its regular analytical review for February 2012. The authors note that the events of February will largely be of decisive importance for the further development of Belarus. In particular, in the country signs of degradation of the state mechanism have been clearly delineated for the first time, and the diplomatic conflict with the West will have far-reaching consequences, not only in politics but also in finance.

Ukraine and Belarus: Friends Against Russia? 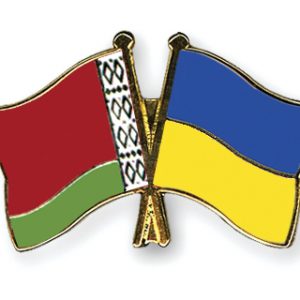 This month the EU External Action faced a stubborn unwillingness by two post-Soviet countries to listen to its advice on political reforms. As the diplomatic scandal unfolded in Minsk, the Ukrainian Foreign Ministry protested against the behaviour of the EU Ambassador to Ukraine. At the same time, both countries are under increasing pressure from Moscow to participate in its new integration initiatives.

These developments should motivate Belarus and Ukraine to actively cooperate on the basis of common interests. But instead the two countries often clash with each other. For example, in March Ukraine prohibited imports of Belarusian meat and dairy products. It raises the question of whether Victor Yanukovych and Alexander Lukashenka have enough political will to improve their relations and strengthen sovereignty of their countries.

Earlier this month the Ukrainian sanitary inspection suspected that Belarusian meat products might be infected by the African cattle-plague and that its dairy products might contain other harmful components. The authorities refused to implement a reciprocal ban and entered into a dialogue with Ukraine. Observers think that Ukraine did this in order to compensate losses for its dairy producers estimated at $270m annually. Earlier Russia banned exports of seven Ukrainian producers because of a high concentration of palm oil in their products.

Nevertheless, Belarusian-Ukrainian goods turnover grew by 40 per cent in 2011, with the Belarusian trade surplus reaching more than $2.1bn. Thus, Ukraine remains the third most important trade partner of Belarus after Russia and the EU.

20 Years of Friendship Despite Difficulties

Since their independence, Belarus and Ukraine have maintained good relations despite difficulties. The lowest point was right after the Ukrainian “orange revolution” in 2004. The Belarusian authorities feared the spread of revolutionary activities to Minsk and broadcasted anti-Ukrainian propaganda on state television. For several years Ukraine became the main base for offices of American and European funds that supported the Belarusian opposition and NGOs. Unlike Lithuania and Poland, Belarusians need no visas to go to Ukraine and Russian is widely spoken there.

Bilateral relations gained new impetus after the 2008 parliamentary election in Belarus when the EU started an engagement policy with Belarus. Ukraine took the role of mediator in Belarus-EU relations and became the locomotive of the EU Eastern Partnership (EaP) activities. Kiev supported the Belarusian authorities in a conflict over their representation in the EaP Parliamentary Assembly EuroNest. Then Ukraine-Belarus relations reached their highest point.

However, when Victor Yanukovich, an ethnic Belarusian himself, assumed power as a new president, several Lukashenka-Yushchenko agreements reached a deadlock. Last year Yanukovich did not invite the Belarusian to an international conference at the Chernobyl nuclear disaster in Kiev. This provoked a nervous reaction from President Lukashenka, and he even verbally assaulted Yanukovich. That made relations worse and impeded the resolution of the long-lasting border demarcation dispute.

No Border – No NATO Membership

Belarus has not ratified the State Border Treaty because of a long-standing debt to Belarus owed by the Ukrainian government. In 1992, several Belarusian enterprises transferred money to Ukrainian enterprises, but did not receive expected goods in exchange. The Belarusian authorities consider it as a part of Ukrainian public debt to Belarus estimated at $134m. For a long period of time, Ukraine denied such claims, taking the view that this was a debt of private companies that do not exist anymore.

When Ukraine declared its NATO aspirations, Kiev was interested in resolving the dispute with Belarus as soon as possible. All NATO countries should have stable and clearly defined borders and no territorial disputes with their neighbours. At a 2009 meetings in Chernihiv, Yushchenko and Lukashenka finally found a solution. Ukraine agreed to acknowledge its debt and committed to providing Belarus with discounted Ukrainian energy supplies as a way to repay it.

Then Belarus ratified the Border Treaty, but both sides have not yet exchanged the ratification protocols. Yanukovich planned to visit Minsk last year, but the diplomatic scandal which followed the Chernobyl conference mentioned above spoiled bilateral relations. Foreign ministries had to postpone the visit.

Yushchenko’s political demise cut short the anti-Russian trend in Belarus-Ukraine relations, but it does not impede Ukrainian and Belarusian authorities from continuing the diversification of oil supplies. The latest Ukrainian plans include supplies of Azerbaijani oil to Poland through Belarusian territory. Previously, Ukraine allowed Belarus to use its Odessa-Brody pipeline in order to pump Venezuelan oil to the Belarusian refinery in Mazyr. However, Belarus became less interested in the transit role of Ukraine after it secured extremely beneficial oil and gas agreements with Moscow.

After Yulia Timoshenko’s imprisonment, Ukraine is no longer a great friend of the European Union; it helps Belarus look less unpleasant to European politicians. Belarus is no longer the only place in Central Europe with clear authoritarian tendencies. Today the whole project of the Eastern Partnership is under threat. Ukraine considers the option of joining the Single Economic Space of Russia, Belarus and Kazakhstan, but Russia does not agree with the “3+1” scheme that Ukraine offers. And Ukraine is not ready to go further than 10-15 agreements within the Single Economic Space because the country is primarily interested in European integration.

The Belarusian authorities now prefer to focus on economic cooperation with prominent Ukrainian businessmen. In November Belarusian Prime Minister Mikhail Miasnikovich promised a Ukrainian tycoon Piotr Poroshenko favourable conditions for Ukrainian investments in food and engineering industries. This fosters the formation of a pro-Belarusian lobby in the Ukrainian business and political elite. But no lobby can be effective without the political will of two presidents to improve relations.

Nobody knows when exactly the long delayed meeting between Yanukovich and Lukashenko will take place. It is high time for Belarusian and Ukrainian decision-makers to realise that the strategic potential of bilateral relations is of much greater importance than temporary disagreements. And if both countries want to stay independent, they should unite their efforts to avoid isolation from the European Union and to balance pressure from Moscow.