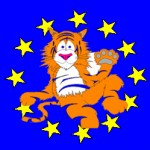 The European Union looks like as a toothless tiger to Belarus authorities. It is large, makes a lot of noise but can't really do anything. Yesterday the European Parliament adopted yet another...

The European Union looks like as a toothless tiger to Belarus authorities. It is large, makes a lot of noise but can't really do anything. Yesterday the European Parliament adopted yet another declaration condemning human rights violations in Belarus. The European Parliament's resolutions on Belarus seem to be based on the same template. First, the narrative correctly points out what is wrong in Belarus and then it goes on with the "carrots and sticks" part. The yesterday's resolution was not exception. First, the Parliament condemned measures taken against the Union of Poles, political activists Andrei Bandarenko and Tatsiana Shaputska and prisoners of conscience such as Ivan Mikhailau and Aristyom Dubski. Then followed the "carrots and sticks" part.

The "sticks" part included a threat that "further violations of human rights and the rule of law in Belarus may lead to the revision of the EU's position towards Belarus, including reimposition of the sanctions". The "carrots" were better described – the European Parliament underlines that the EU dialogue with Belarus can be mutually beneficial and believes that Belarus can be supported in obtaining maximum benefits from the Eastern Partnership, in particular in the most effective use of funds allocated under this programme to infrastructure, energy and social projects and by application of other EU instruments and policies, provided the Belarusian authorities commit themselves to real changes in the area of freedoms, democracy, the rule of law and respect for human rights, and in particular the rights of national minorities.

The "maximum benefits" part would make the regime in Minsk smile. Today's Belarus rulers already enjoy benefits unthinkable in a democracy. They are totally unaccountable to the voters, can remain in power for decades and still enjoy the benefits of Western civilization, such as skiing in Switzerland. Why would any dictator trade it for democracy which in the best-case scenario will leave them only with skiing in Switzerland?

The Belarus authorities understand that no serious sanctions from the European Union will follow. There are three reasons for that. First, Europe does not want to surrender Belarus to Russia. Second, Europe depends on oil and gas pipelines which go via Belarus. And, finally, blunt economic sanctions simply do not work. Are the European resolutions worth the nice glossy paper on which they were printed or they simply make the regime laugh? Repeating the same things over and over will not persuade the Belarus authorities. It is time for the European Parliament to understand that democracy will not come to Belarus because of the good will of its current rules.

Only civil society can bring democracy to Belarus. Instead of promising "maximum benefits" to the authorities, the EU should start providing "maximum benefits" to Belarus civil society now. Moral support is not enough. Europe should increase its financial support of the civil society coupled with effective supervision mechanisms. TV and radio broadcasts to the territory of Belarus and helping bright Belarusians return to their country should be the central part of such support. Poland now bears the main burden of supporting the independent Belstat channel and a number of other civil society initiatives. This could be the reasons why Belarus authorities put pressure on the Union of Poles in Belarus. The European Union should support Poland and do something more than self-righteous noises. Read the full text of the European Parliament Resolution here. 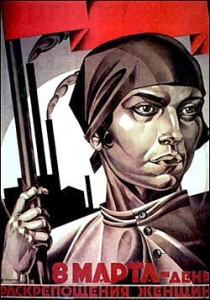 March 8 in Belarus: a celebration of emancipation has turned into its opposite. An article by one of this website's authors on the occasion of the Women's Day.

Some countries of the former Soviet Union and Africa celebrate March 8 as the International Women's Day. This is perhaps the most "innocent" Soviet holiday which has not yet disappeared from our calendar. February 23 (originally Day of the Soviet Army), which in recent years actively establishes itself as a male counterpart of March 8, or, even more, November 7 (Day of the October Revolution) are highly politicized holidays. Therefore the tradition of celebrating them will disappear as soon the government takes a rational view on what should be celebrated as the Day of the Belarusian army. An even bigger question is whether it is worth for Belarus to celebrate anniversaries of the October revolution at all. March 8 is the only holiday which has no blood on it. It does not carry all these second-thoughts like holidays associated with the liberation of Belarus from Nazi occupation and the restoration of the Soviet dictatorship after that.

Nevertheless, the modern tradition of celebrating March 8 is an excellent example of how the Soviet government has been able to indoctrinate socialist ideology and system of symbols in the people's everyday life. The struggle against religion plus a massive urbanization caused the rapid loss of many folk traditions in Belarus. To replace rural traditions there came official Soviet holidays: New Year, the eighth of March, twenty-third day of February, the Seventh of November. March 8 originally arose as a day of women's emancipation. It was a celebration of women's struggle for their rights and against their traditional role in family and society. Instead of Kinder, Küche, Kirche women demanded things that are obvious today: the right to participate in elections, better working conditions, better wages. On the other hand, after eight decades of celebrating March 8, the people's culture has indeed transformed the feminist holiday into a patriarchal one.

The modern image of a woman you congratulate on March 8 is no way the image of an emancipated courageous female proletarian. 8 March is an occasion to congratulate your mother or your loved, but not a battle comrade. According to the tradition of the last decades, on March 8 men promise to protect women and care for them. Women, in turn, should kindly allow them to do so. Men demonstrate features of knights and gentlemen, and women demonstrate those of noble ladies. A completed patriarchal idyll. As a celebration of emancipation March 8 has turned into its opposite – a celebration of femininity and motherhood. Such is the irony of fate. Post-Soviet feast of March 8 counters the views of both conservatives (as a secularized and communist holiday) and feminists (as day of knighthood and care for the ladies).

Day on March 8 became something like a Soviet version of Valentine's Day. After the collapse of the communist dictatorship it has become one more traditional shopping race for members of the consumerist society and just an other cause for good of human emotions. Maybe it is better this way.

by Alexander Čajčyc for Naša Niva

Read the original story in Belarusian