Foreign Domains of Belarusian Parties BDG journalist examines whether Belarusian political parties and movements have websites and how... 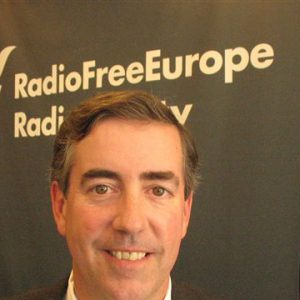 The Balance Sheet on Belarus Rodger Potocki, Senior Director for Europe at the National Endowment for Democracy, offers a comprehensive assessment of the successes and problems of the Western policy response to the December 2010 post-election crackdown in Belarus. In particular, the expert fixes that the international aid after 2010 was of crucial importance given the scarcity of internal resources.  However, while the numbers were impressive, many of the pledges included support for already existing or planned programs. Most aid actually benefited Belarus-related projects based outside of the country. Less than a quarter of what was delivered went to those trying to cope with the crackdown and promote change inside Belarus.

Corporate Social Responsibility: from the European standard to the Belarusian reality – this manual of materials provides the analysis of the main conceptual approaches and models of CSR, summarizing the experience of regulations of foreign strategic CSR practices, and analysis of social and cultural traditions and political aspects of the formation of the Belarusian CSR models, as well as develops recommendations for a national model of cooperation between business and society. The study was conducted in the framework of the project "Slovak experience in corporate responsibility in Belarus".

Modernization. The Government's Plans Require Unrealistically Big Money – Alexander Avtushko-Sikorski, BISS, notes that despite of frequent statements of the Belarusian authorities on the need for modernization, their understanding of the term itself is incomplete: they still see it as a technical update of production without structural changes of economy in general. Such an understanding of modernization in the medium term again raises the question: where it is possible to get money.

Belarusian Business Associations: Problems and Potential Development – Olga Belskaya and Daria Uryutina, BEROC, present the research aimed to examine the existing obstacles for doing business in Belarus, as well as analyze the compliance of business associations activity in Belarus with the needs of business associations members and business in general. The research was conducted under the joint project with the Center for International Private Enterprise (CIPE) with the financial support of USAID.

Belarusian Oil Industry Canceled Devaluation – a journalist of naviny.by refers to the Ministry of Economy, which gave birth to a mini-sensation, "recognized" that a positive balance of trade in Belarus over the last year is entirely on the conscience of export of solvents. Persistent attempts by the authorities to convince the public in dependence of the Belarusian economy on not quite clean oil needle look quite strange, moreover the information specified in the report, is simply not true.

Parliamentary Elections: Final Report – The “Human Rights Defenders for Free Elections” campaign released the final report on Monitoring the Election to the Chamber of Representatives of the National Assembly of Belarus (September 23, 2012). The report concludes that the election process was marked by serious violations of the principles of democratic and fair elections, as described in the OSCE standards and the Belarusian legislation. The authors also suggest recommendations to the electoral legislation of Belarus which will bring the elections close to the international standards.

Informal Education for Regional Democratic Transformation – The book has been prepared by the experts from the EaP 6 countries, including Belarus, within the Education sub-working group of the Eastern Partnership Civil Society Forum. The aim of the book is to show the actual situation on the ground of non-formal education in the EaP states. The publication aims to grasp the most relevant trends currently shaping the non-formal education as a mechanism for democratic transformation in the six EaP countries.

Monthly Brief on Security: November 2012 – Belarus Security Blog authors note that in November, the Belarusian authorities have continued to play up the theme of modernization, however, so far there are no specific proposals. Moreover, the plans that have already been announced most fall into the category of cosmetic tweaks.

Legal Regulation of Philanthropy in Belarus – Valery Zhurakovsky, NGO ACT, has developed a methodical manual, which provides an analysis of the Belarusian legislation in the field of philanthropy. The manual identifies the main legal barriers that hinder the development of charity in Belarus and offers seven key ideas to improve the legislation.

Survey of Brest Young People on Youth CSOs – In September-October 2012, Brest CSO "Dzedzich" conducted a survey of local young people to identify their relation to youth non-profit organizations in Brest. The main conclusion is that the Brest youth do not have a coherent understanding of the nonprofit sector, its role and importance in society. One of the key reasons is the lack of awareness of young people about CSOs. 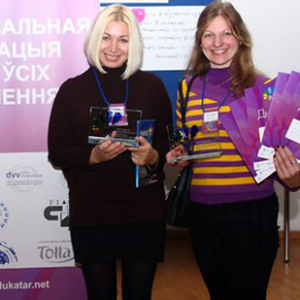 Winners of the fesitval of non-formal education

Festival of Non-Formal Education. On 7-9 December, the 4th Festival of Non-Formal Education took place in Minsk. The Festival was attended by about 250 participants – teachers, trainers and other people sharing the values of life-long learning and non-formal education. The Festival format included various activities: a panel talk, more than 60 master classes and presentations, exhibition boxes, discussions, contests, etc.

The largest number of awards went to the Grodno-based NGO Third Sector, including the top prize for the best educational website Golden Age University. For the Festival, The Association Life Long Education released a special issue of Adukatar magazine.

Minsk brand discussion. The past week was marked by hot public discussion around a new symbol of Minsk "Think Minsk", which turned out to be very similar to a London one. Alexander Zimovsky, former chief of state propaganda in Belarus, dismissed it as flawed. TUT.BY hosted a large talk show among various advertising and creative groups to discuss the brand. A group of Belarusian marketing professionals announced that they are going to create an alternative original brand.

Statement of the National Platform. On 12 December, members of the National Platform of the Civil Society Forum of the Eastern Partnership adopted a statement expressing deep concern regarding the repressive actions of the Belarusian authorities. In particular, the statement condemns the confiscation of the Viasna premises, the practice of criminal prosecution of journalists, independent media and youth organisations, and the denial of visas for foreign partners of Belarusian organizations.

Gender conference in Minsk. On 8 December, in Minsk, participants of the conference “Women’s movement in Belarus: challenges, achievements and perspectives” approved the National Gender Platform (NGP) and adopted an appeal to the National Gender Council under the Council of Ministers of Belarus. NGP suggests introducing basic provisions guaranteeing gender equality in Belarus, as well as hope for equitable cooperation of civil society with state structures. The conference initiated by the Women’s Independent Democratic Movement was timed to the 20th anniversary of the women’s movement in Belarus.

Legal Transformation Center (Lawtrend) issued invitations to the press conference "Non-freedom of associations in Belarus after December 19, 2010: Facts, trends, and recommendations". The event is to take place on 17 December in Minsk. The press conference speakers will present two unique publications on administrative and criminal proceedings on the events of December 19, 2010, as well as an analytical report of the monitoring group Lawtrend on administrative cases in 2012.

Belarus Press Photo Multimedia Winners. The awarding ceremony of the Belarus Press Photo – Multimedia contest took place on 9 December, in Minsk's Zнята photo studio. First place went to a clip dedicated to the presidential elections in 2010; second place to the Food not Bombs project; and third place to Andrei Liankevich for a multimedia-clip called Paganstva.

Meetings in Washington. BAJ Chairperson Zhanna Litvina, wife of political prisoner Ales Bialiatski Natalya Pinchuk and activist Tatiana Revyaka are visiting Washington DC, where they have a number of meetings at the Senate, the State Department and the US Security Council. The main topic of the visit is the freedom of speech and the situation of political prisoners in Belarus. The Belarusian guests took part in the event with Congressman Christopher Smith dedicated to the 2nd anniversary of the events of December 19, 2010.

Belarusian photo-exhibition in Brussels. On 18 December, the Office for a Democratic Belarus and the Secretariat of the Steering Committee of the EaP CSF will host the opening of theDiscovering Belarus: Images of Today and Beyond exhibition by the Belarusian photographer Siarhei Balay, which will be followed by an informal presentation of the EaP CSF Secretariat and a Christmas cocktail reception.