A new project from "Human Rights for Dummies" campaign started recently. The Centre for European Transformation invites individuals for a series of analytical seminars. BEROC and the British Embassy in Minsk organise a student school for young economists.

A new project from “Human Rights for Dummies” campaign started recently. The Centre for European Transformation invites individuals for a series of analytical seminars. BEROC and the British Embassy in Minsk organise a student school for young economists.

State-appointed expert labels Ales Bialiatski’s book as dangerous for the state. Ales Bialiatski’s book “Enlightened by Belarusianness” (“Asvechanyia Belaruschunai”) “could damage the image of the Republic of Belarus”, reports the results of an expert examination ordered by the Ashmiany customs department. 40 copies of the book were confiscated from human rights defender Tatsiana Reviaka on the Belarusian-Lithuanian border on 3 July this year.

Lawtrend Digest. The Legal Transformation Centre Lawtrend and EuroBelarus released the sixth issue the Digest of international news on Human Rights. Release covers the July-August 2013 and includes a Belarus’ report to the UN Committee on the Elimination of Racial Discrimination, decisions of the UN Committee on Human Rights on Belarus, a Russian version of the EU report by Justas Paleckis and other documents.

Belarusian Collegium announces a new round of studies. Belarusian Collegium is a non-governmental platform for public lectures and discussions as well as a place for intellectual and cultural dialogue. The Collegium offers education in journalism, contemporary history and philosophy/literature. Senior students or persons with higher education are invited to participate. The classes are free of charge.

EuroCafe lectures in Minsk. On 7 September a public lecture by Professor Timm Beichelt “Germany and the EU face to face with its eastern neighbours” took place in the Minsk TUT.by gallery. The lecture was organised for the “European Café: open space in Europe” project. 80 people attended the event.

The Third BEROC School for Students. Belarusian Economic Research and Outreach Centre (BEROC) in cooperation with the British Embassy Minsk will organise the Third School for Students on Modern Economics and Economic Research to be held in Minsk in September-December 2013. Among the lectures there are BEROC economists who have obtained PhD both from leading Belarusian universities and abroad, as well as a visiting professor. The working language of the school is English. Participation in the School is free of charge.

CET analytical seminars. The Centre for European Transformation opens a series of regular analytical seminars. Participants will analyse the situation in Belarus, to offer guidance and action strategies for cultural and political actors. The first seminar was held on 17 September. The lecturer is Head of CET, Andrei Yahorau.

Mova ci Kava gathered more 100 people. On 16 September the first session of the second season of the Belarusian language courses “Mova ci Kava” (Language or Coffee) brought together more than 110 people. About half of the participants were new students. The place and time of the classes have not changed – every Monday at the Minsk Gallery “Ў”. The courses were started in late 2012 by a Belarusian journalist Katerina Kibalchich.

New student think tank. On 17 September in Minsk, a new student think tank – the Analytical Laboratory at the Centre for Student Initiatives Development – presented its activity and prospective work. The Analytical laboratory plans to focus on the study of the issues of higher education and student self-government in Belarus. The Laboratory will conduct research and develops policy papers, as well as organise public events on topical issues of the student movement and the academic community.

Belarus Future. Portal newspeak.by invites individuals to participate in the project “Belarus’ Future” under the campaign “Citizens’ Club.” Belarus’ Future is a project aimed at discussing which transformations are needed for Belarusian society, and how to implement them in practice. The organisers will select the best participants who offer the most profound, reasonable and attractive concept of transformation in Belarus.

Call for start-up battle. BEL.BIZ, a coordinator of the Global Entrepreneurship Week in Belarus, invites ambitious projects to take a stab at the Battle of pitches, which is to be held on 21 November 2013 at the 3rd International Entrepreneurship Forum. BEL.BIZ BATTLE is a competition aimed at fostering entrepreneurship and promoting a “start-up culture” in Belarus. The finalists will go on to the Baltic Bay Area Startup Roadshow. 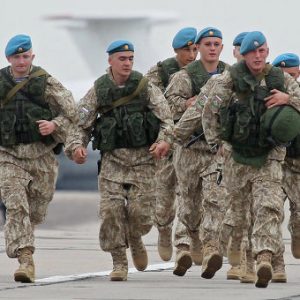 On Friday, a joint Belarusian-Russian military exercise started in Belarus and in the Kaliningrad Province of Russia. For months Polish media discussed whether the exercise is potentially aimed at mounting aggression and even a nuclear arms deployment against Poland and NATO.

Neighbouring Baltic states remained more reserved. Only the deputy chief of staff of Estonian army told «Eesti Päevaleht», a major Estonian daily, that he is concerned about the scale of the military exercise, as Russia’s military power has significantly rose in a western direction. Apparently, he meant not the Belarusian forces but rather the Russian part of the exercises. Regardless, Belarus has at its disposal no serious offensive capabilities and the joint current military exercises can be counted as a real demonstration of its humble military might.

The Magic of Numbers

Ten thousand Belarusian and twelve thousand Russian troops are taking part in this military exercise through Thursday. At first glance, it looks like more than in the previous exercises in 2009. But only 2,520 Russian military personnel will take part in the exercises on Belarusian territory, the rest of Russians will be deployed in Russia. Some military units from Kazakhstan, Armenia, Kyrgyzstan and Tajikistan will also take part in the exercises.

In the 2011 military exercises, which were held only in Russia, 6,000 Belarusian and Russian troops took part in the drills. In Zapad-2009 in Belarus and Western Russia, 12,500 troops participated – 6,500 from Belarus and 6,000 from Russia, as well as a small group of Kazakhstani soldiers. In the Belarusian-Russian military exercises in 2006 around 8,800 soldiers participated, 7,000 of whom Belarusian troops and 1,800 were Russian military personnel.

This year a rise in the numbers of troops participating is remarkable, yet at the same time unusual. First, this military exercise looks much less impressive in comparison to the Russian military exercise in its Eastern military district where 160,000 troops were deployed.​

Second, the military exercise Zakhad-2013 for the first time embraces smaller military exercises held by the Collective Security Treaty Organisation (CSTO or ODKB). Rapid deployment forces from the CSTO states members have their own tasks and as military analyst Alyaksandr Alesin noted, the point of holding both exercises together is to save money and to improve coordination between their respective staffs.

Two years ago, after a coup in Kyrgyzstan, Lukashenka said that the CSTO should deploy its special forces to crush possible revolutions in the post-Soviet states. While this idea has not yet been pursued in this CSTO exercise, according to Belarusian Defence Ministry, “the joint forces will isolate and exterminate extremist forces which might have entered from a neighbouring country to launch an internal conflict in Belarus.”

It Belarusian and international media, in particular Radio of Liberty, they talk about a “Syrian scenario” of military exercises as if Belarus would train for the suppression of an uprising by Polish minority in the western regions of the country. Meanwhile, many journalists did not mention that the “extermination of extremist forces” is a plot of only one part of the military exercises.

Moreover, this part belongs to the CSTO domain and this organisation is much more concerned about Central Asia and forthcoming takeover of Afghanistan by the Taliban with the next spillover of extremist militancy flooding into Central Asia. To fight Polish guerillas in Belarus is almost as outlandish a task, and idea, as a fighting Martian invasion.

Of course, some Polish politicians, like former short-term defence minister Romuald Szeremetiew, as early as in January claimed that the Belarusian-Russian military exercise had been planned to prepare for a possible conflict with Poland after a hypothetical uprising of the Polish national minority in Belarus. But one shall regard such statements in the context of attempts by the Polish military and defence industries to make the government renounce its plans to cut funding for defence.

After the disclosure of the plans for a Russian air base in Belarus, Aleh Muslovets of Afn.by noted that Warsaw and Minsk found that by speculating on an imaginary threat emanating from each other, Poland and Belarus can get money from its own allies in Moscow and Washington, respectively. The Polish and Czech elite have a hard time competing for NATO funds and US military aid which goes to such critical places as Afghanistan or Middle East.

Minsk has even more frequently failed to convince Russia of its own strategic defensive importance and the Kremlin simply refuses to grant Belarusians arms anymore. Warsaw and Prague hoped in vain that the US missile defence system would increase their importance to the Americans. The strategic importance of Eastern Europe is inexorably diminishing as the Cold War becomes more and more  apart of history and Russia weakens.

Minsk and Moscow Have No Offensive Capabilities towards the West

Precise statistics on Belarusian and Russian forces show that they pose no threat for Poland or any other country. Soviet strategy for a European war emphasised the role of tanks and Belarus had more tanks than all other European countries westwards of it together. But these tanks, inheritors of Soviet Union technology, have remained where the Soviet army left them. Belarus is capable of modernising them, yet has no money – and actually no need – to do so.

The air force was always a Soviet weak point and while Soviet fighter jets provided reasonable defence, fighter jets and bombers were inferior in comparison to their Western counterparts. As for offensive air force capabilities, Belarus, after decommissioning the Su-24s in 2012, reportedly has only two dozen rather old, Soviet-era Su-25 aircrafts of close air support for ground forces. Most likely, not all of them are functional.

The only tangible offensive air force capability is, hypothetically, the four dozens attack helicopters Mi-24 which the Belarusian army nominally possesses. But they all are old and the number of effectively functioning Mi-24s is unknown.

The Russian Western Military District forms together with the Belarusian army the Regional Group of Belarusian and Russian Troops. Yet the 20th Army of this District is smaller now after reforms than its famous Taman division before the reforms. Some Russian equipment is newer than what the Belarusians have, yet just by a little.

Neither Belarus, nor Russia has any significant offensive military capabilities that can be deployed in a Western direction. Russia theoretically could bring some of its troops from other districts, yet it would dangerously expose itself in the Caucasus, Central Asia or Far East where powerful competitors and a real, rather than imaginary, radical forces are constantly working against Russian interests.

It means that when Belarusian and Russian officials say that the military exercises have nothing to do with Eastern Europe, they are probably telling the truth. For Russia it is a rather ordinary training of forces and demonstration to its citizens that Moscow has still some influence in Eastern Europe. It does not matter that such little war games look pitiful against the backdrop of Ukraine preferring integration with the European Union rather that the Russian-led Customs Union.

For Belarus this military exercise means an opportunity to train its own armed forces which are – despite some speculations – in a rather decent state when compared to other post-Soviet nations. Having rather sophisticated armed forces helps Minsk to convince Moscow that Russian needs its Belarusian ally.