The Congress brought together researches... 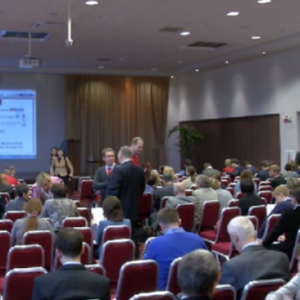 The Congress brought together researches of social sciences and humanities, and offer the discussion of regional development issues, Belarus relations with other countries, and other topical problems. 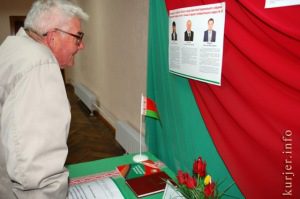 On the one hand, the Belarusian opposition was unable to mobilise society. On the other hand, the authorities received the expected results from a made up "political depression" which they have themselves created – indeed, very few people turned up at the polling stations.

It was clear from the very beginning that the authorities would not allow any opposition members into the House of Representatives. The Belarusian Parliament will continue to serve as a puppet in Lukashenka’s hands rather than a venue for public discussion. After the depressing events which followed the 2010 presidential elections, the only hope for Belarusians was that democratic forces would be able to conduct an effective campaign to lead society out of political depression.

However, these hopes failed to materialise. Instead of taking decisive actions, many opposition party activists focused on political struggle between themselves. This year’s election will be remembered not by the common mass protests of the opposition, but because Tell the Truth member Aleksandr Fyaduta publicly kicked Belarusian Christian Democracy Co-Chairman Vital Rymasheuski, or because Charter’97 Editor-in-Chief Natallia Radzina called those opposition activists who ran in the election “partners in crime” with the authorities.

The main success of Belarusian pro-democracy forces is the evidence of very low voter turnout. Although the Central Election Committee boasts that the turnout was over 74 per cent, very few people believe it. Observers from the Belarusian Christian Democrats say that the real turnout was around 35 per cent. However, the opposition boycott campaign hardly contributed to this.

A tectonic shift in Belarusian society became apparent: most Belarusians do not believe in the fairness of such elections. They think it makes no sense to participate in voting. The independent observation campaign did indeed achieve outstanding results, and low voter turnout became the focus of this year’s elections.

The Belarusian opposition managed to use the growth of online and social media really well. Today it is an important tool to combat Lukashenka`s regime. However, real Belarusian politics takes place offline rather than online. Until now, the only successful example of taking the people to the streets via the internet was the silent actions last summer, although there have been many ideas of similar actions circulated on social networks now and then.

Further, we have good news from some polling stations, where the authorities could not falsify the results and independent candidates received a good result. For example, independent candidate Vital Karatysh took 58 per cent of votes in Kazhan-Haradok, but the results the authorities released at other polling stations in his constituency were more disappointing.

Election campaign staged according to the official scenario

The parliamentary campaign took place in accordance with the most desirable scenario for the government and the worst-case scenario for Belarusians. Democratic politicians have not just failed to unite, but quarrelled and divided into two evermore mutually hostile camps. One camp nominating their representatives for participation in the elections included Movement for Freedom, Tell the Truth and Just World.

On the other side there were Belarusian Christian Democracy, Young Front and European Belarus who announced their boycott in advance. United Civic Party and the BNF Party eventually joined this group by withdrawing their candidates a week before the main election day.

In such circumstances, Belarusian politicians failed to deliver the overall message to the voters and proved themselves unable to agree. Lack of a common tactic led to a sad conclusion: the opposition failed to increase its popularity among Belarusians.

A new feature of Belarusian political life is the lack of confidence among the opposition members themselves. It is no secret that most of the opposition during the criminal investigation concerning the 2010 elections decided to cooperate with the secret services.

It is known for sure that Ales Mikhalevich, a presidential candidate, and Uladzimir Kobets, a chairman of the electoral headquarters of Andrei Sannikau, signed papers on cooperation with the Committee of State Security during torture sessions in prison. They declared it publicly after being released from prison, thus breaking their relations with the security services. Today they both live in political exile and are unable to return to Belarus. On the other hand, many of those who stayed in Belarus suspect each other in cooperation with the Belarusian security services.

Certainly, the Organisation for Security and Co-operation in Europe (OSCE) was not surprised by the election results and the atmosphere in which the elections were conducted. Matteo Meccaci, the head of the OSCE short-term observers mission and Antonio Milososki, the head of the OSCE / ODIHR observation mission, at Monday afternoon's press conference concluded that the elections were not in any way free and democratic. OSCE observers reported that in their opinion the vote-counting procedure in Belarus was not neutral, which undermines the credibility of the government.

Michał Szczerba, an OSCE observer and a secretary of Belarusian group in the Polish Sejm admitted on his Facebook page:

This was the most painful of my experiences as an OSCE observer. The election commission in Minsk falsified the elections results right in front of my eyes. I could not scream, I could only cry inside, suppressing the anger about the way this usurped power treats Belarusian society.

Lidzija Yarmoshyna, the chairperson of the Central Electoral Committee, said after the OSCE press conference that the OSCE saw what they wanted to see, and that the elections were held according to Belarusian legislation.

Even before the main election day the authorities seemed the indisputable winner of these elections. However, low voter turnout proved that Belarusians have less and less trust towards the authorities. Independent observers, including observers from the OSCE, have documented a very low turnout at most polling stations.

Belarus authorities were forced to respond to the boycott campaign. However, they failed to realise that this approach towards the elections happened to be shared by half of the Belarusian people. As a result, the authorities even had to admit the election results were not valid at some polling stations.

Lukashenka's regime has achieved its main goal – the Belarusian Parliament is now completely "sterile", that is, devoid of opposition. However, the authorities are currently trying to figure out how to deal with society’s distrust towards the elections, a fact proved by this campaign.

Will there be a change in Belarus?

It has to be admitted that the Belarusian opposition has no future if it retains its current format. Disagreements within the democratic camp will prevent proper coordination of joint activities. Old ideas and weak impulses of politicians suggest that changes will occur not too soon. It is normal, that different political parties have different views and it is difficult to expect that they will all be united.  In Belarus the opposition struggles even to coordinate its efforts, let alone to unite.

Some politicians are not quite right when they say that without being united the Belarusian opposition cannot exist. Today's opposition needs decisive actions, not unity. Coalitions arise during activity, not inaction. For instance, Belarusian right-centrist organisations created the Belarusian Pro-Independence Block before the 2010 election. The block had an aim to conduct the electoral campaign of Alyaksandr Milinkevich. When it became clear that Milinkevich would not run for presidency, the block disappeared by itself.

Paradoxically time is ripe for the opposition. More and more people in Belarus are tired of Lukashenka and crave change. The research of the Independent Institute of Socio-Economic and Political Studies showed that 77.3 per cent of Belarusians want change in the country. Thus, the Belarusian opposition must solve its internal problems and introduce a positive alternative to Lukashenka. In this case changes in Belarus might really happen.