Minsk Police Cracks Down On Prostitution in Elite Clubs

On 20 August, a special police unit arrested two employees of the famous Shangri La Сasino. Investigators suspect them of organising a prostitution services to the casinos' VIP clients.

A similar case happened in 2012, when employees of the elite... 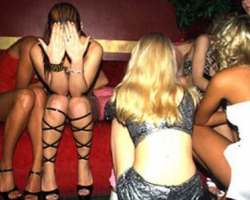 On 20 August, a special police unit arrested two employees of the famous Shangri La Сasino. Investigators suspect them of organising a prostitution services to the casinos' VIP clients.

A similar case happened in 2012, when employees of the elite entertainment centre Dankoff Club were arrested on the same accusations and soon the owner himself also appeared in jail.

Belarusian authorities officially consider prostitution a blatantly illegal activity. Yet despite the high capacity of the state, they are still unable to do away with the problem. The reason may be quite simple: such networks could exist under the "roof" of high officials who have direct or indirect interest in this business.

Shangri La presents one of the largest casinos in Minsk. It serves as a part of Storm International Holdings which runs a number of entertainment businesses worldwide. The company was one of the major players in the Russian gambling market until 2009, when the Russian government banned gambling throughout the country with minor exceptions. Minsk quickly spotted this opportunity and became one of the centres of gambling tourism for rich and venturesome Russians.

In Shangri La, a former 27-year old prostitute ran the selection of girls for intimate services. She cooperated with the manager of customer service who advertised the girls for VIP clients. The cost of such service reached up to $1,000, and organisers of this scheme took half of the sum for themselves.

Police report that they have been watching the suspects since 2009 – the year the casino opened. This fact indicates that the security services are spying on the entire gambling industry, but such arrests have been quite rare. It means that either all Belarusian casinos fully comply with the law, or they simply pay off influential officials to secure their illegal affairs. The ridiculousness of the first possibility would lead one to conclude that the latter is true. 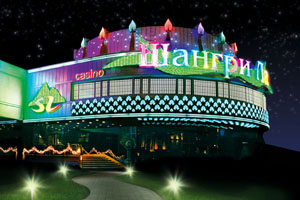 The Sex Industry in Belarus

At first sight, the sex industry in Belarus remains rather weak in comparison to other post-Soviet countries. Although prostitution in most remains illegal (with the exception of Latvia), corrupt authorities usually maintain a blind eye to it.

In Belarus, one can hardly spot prostitution on the streets since the  authorities do not tolerate it. But, as the police say, they encounter plenty of branching networks of criminal groups that secretly organise this highly profitable business. Such groups have a division of labour and their own working mechanisms and include taxi drivers, personnel and the managers of hotels, saunas and flats for rent.

The Betrayal of High Patrons

In September 2012, Minsk saw a range of events unfold that were similar to Shangri La arrest. Initially, the art director and manager of Dankoff Club were arrested and later the owner of the club himself, Jury Dańkoŭ, followed them.

Dańkoŭ himself fully realised the risks connected to his business. As he said in one of his interviews, “from a typical Belarusian bureaucrat's point of view, the gambling business should necessarily involve crime”. Authorities had already made attempts to find offences and violations by his business in 2004, but then Dańkoŭ managed to prove his own innocence. 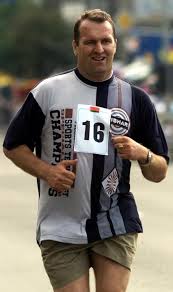 As some people who knew Dańkoŭ personally reported, he never quarrelled with the authorities and always supported them. Moreover, he had patrons in the security services who control the gambling industry in Belarus. The club was a place where security officers liked to relax, but it is not possible that they were simply unaware of prostitution or similar issues taking place at the club. “Everyone knew that you can come to Dankoff Club and receive a full package of services”, Dańkoŭ's acquaintances say. Eventually, Dańkoŭ got into a conflict with his influential friends over some of the usual issues and they decided to show him who the sets rules in this country. The story seems rather typical for Belarus.

While it comes as no surprise that prostitution exists in luxury entertainment houses, the recent arrest of a Minsk police lieutenant (whose name has not been disclosed) is rather interesting. He is accused of abuse of authority of a peculiar nature – he continuously forced prostitutes to give him their service for free. Presenting himself as an officer of the human trafficking department, he promised them safe work in exchange for free sex. Now he faces up to ten years in prison.

This is just the case of a simple street-level officer. Such practices can occur at a higher level and go unpunished, as  allegedly happened in Dankoff Club. So far, no cases that involve the private lives of any high officials have been filed in Belarus. Instead, official propaganda has used sex scandals to defame “regime enemies”, as was true with the famous 2006 case of a Latvian diplomat: Belarusian TV showed a secretly-made homosexual sex video in which one person was alleged to be a Latvian diplomat, although it did not provide clear evidence.

The Belarusian authorities maintain an active policy that combats human trafficking. It remains one of the few fields where Belarus has maintained a successful cooperative relationship with the West. For instance, on 19 August an international forum on human trafficking took place in Minsk, and Lukashenka himself met UN Deputy Secretary-General Yury Fedotov to discuss further cooperation.

But despite the high state capacity, the authorities are still unable to do away with the problem domestically. The reason may be quite simple: such networks could exist under the protection of officials who have some direct or indirect interest in this business. The case of Dankoff Club appears to be exactly such a situation.

Business and Politics in Belarus: Better not to Mix 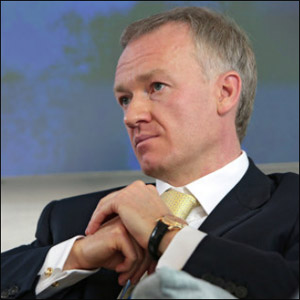 Vladislav Baumgertner is in Belarusian prison

Chief Executive of OAO Uralkali Vladislav Baumgertner, a Russian national, was detained in Belarus today on an abuse of office charge as chairman of Belarusian Potash Co (BPC).

The charge may lead to up to ten years in prison with the confiscation of all his property. Belarus also asked Interpol to help with the arrest of four other BPC employees and board members.

Arrested in the airport following negotiations with Belarus prime minister Mikhail Miasnikovich, Baumgertner fell victim to the economic conflict between Minsk and Moscow that started earlier this summer with Russian Uralkali suspending exports through the Belarusian Potash Co.

His misfortunes demonstrate the risks involved in doing business in Belarus, a country where politics and business form an explosive mix. And if it is possible that Baumgertner can at least contact the Russian embassy, Belarusian businessmen are in a double bind between the EU and Lukashenka's blacklists. American lawyer Emmanuel Zeltser, who was also involved in disputes between Russian oligarchs affecting interests of the Belarusian state, had to spend almost 16 months in a KGB prison until a high level delegation of US Senators came to rescue him in 2009.

Loyalty to Lukashenka and staying away from politics determines a business' success for those who want to do business in Belarus. A comparison of the wealthiest Belarusians and Ukrainians illustrates this point.

Shaking the "grabbing hand" of the Belarusian state

Although big business in Belarus has come a long way since the 1990s, success continues to depend on a person's loyalty to the current political regime. In this sense, Belarus has no actual oligarchs – defined as having enough wealth to wield political influence. In Ukraine, over half of the top 100 Ukrainian oligarchs support one or another political party. While the governing Party of Regions enjoys the most popularity, the supporters of the 2005 "Orange Revolution” stayed in business, even though some have changed their political allegiances since then.

In Belarus, in contrast, businessmen support only pro-Lukashenka organisations, such as Belaya Rus, a Belarusian version of Vladimir Putin'S United Russia party, supported by owner of the Marko shoe-business Mikalai Martynau. In the 2001 presidential election, former secretary of the central committee of the Belarusian Communist Party Anatoly Lashkevich, who became a successful businessman in independent Belarus, supported the opposition candidate Uladzimir Gancharik, and had to emigrate following Lukashenka’s victory.

Not a single businessman from Ezhednevnik's rating of top Belarusian businessmen feature among the 110 deputies in the lower chamber of Belarus's National Assembly. Back in 2001, Alyaksei Vaganau, successful in the automobile industry, had to suspend his business activities upon becoming a deputy in order to comply with Belarusian legislation.

In the upper chamber, out of a total of 64 deputies there are only two "oligarchs" (Alyaksandr Shakutin and Mikalai Martynau). Businessmen are virtually absent from the government. In contrast, in Ukraine, more than one fifth of the 100 wealthiest businessmen identified in FOCUS rankings serve in the Ukrainian Rada. Furthermore, only one third of all Ukrainian businessmen have never held a state position.

No “red directors” made it into Ezhednevnik's list, although these "red directors" make up more than one fifth of the richest 100 Ukrainians in FOCUS. Back in the 1990s, a great many managers of formerly Soviet enterprises benefited from privatisation, becoming the first oligarchs in the post-Soviet space. In Belarus, however, privatisation came late and was small in scope. Even today, the government owns most enterprises in the country. The first big businessmen of the 1990s fell prey to the policies of Alexander Lukashenka’s first two presidential terms.

The times have changed and Lukashenka now needs business people to modernise the state's factories, to comply with privatisation conditions attached to most western loans, and to protect the Belarusian economy from the dominance of Russian oligarchs. This explains the rise of a phenomenon absent in Ukraine: the growth of the practice of the national holding companies that consist of groups of state enterprises under the management of private businessmen.

For example, the wealthiest Belarusian according to Forbes, Uladzimir Peftiev, who owns assets in Austria, Malta, and India, is estimated to be worth only $1bn. The wealth of each of the top 20 Ukrainian oligarchs in FOCUS surpasses Peftiev's. Rinat Akhmetov, the wealthiest Ukrainian oligarch, owns more than $15bn. Less then half of the 20 Ukrainian businessmen whose wealth approaches the wealth of the top 20 Belarusians have assets abroad.

Geographic diversification of assets allows for the hedging of risks and preparation for the day when one falls out of favour domestically. While Belarusian businessmen have assets in countries as diverse in regulatory environments as the United States, Singapore, India, and Germany, Russia is by far the most popular location – just far enough that the “grabbing hand” of the Belarusian state cannot easily reach.

Even so, Belarusian business did not make it to the international stock exchange listings. In 2012, EPAM Systems filed for IPO on the New York stock exchange. However, EPAM is atypical as it is owned by Arkady Dobkin, who emigrated in 1991 and today lives in Pennsylvania, where EPAM was launched. In contrast, about 40 per cent of the 50 richest Ukrainians have assets listed internationally.

A final distinction between the Ukrainian and Belarusian big business is that the assets of the Ukrainian oligarchs are much more secure not only domestically, but also internationally. In 2011, three of the Belarusian “oligarchs” fell under EU sanctions: Uladzimir Pentiev, who is sometimes called “Lukashenka’s wallet”, became the first Belarusian businessman to appear in Forbes; Yury Chiz, a close friend of Lukashenka’s; and Anatoly Ternavskiy, who owns a group of companies “Univest-M” concentrated in the energy sector. Ukrainian businessmen, at least for now, seem to have avoided this fate.

So what determines a business' success in Belarus? Having no ambition to become a true oligarch; in other words, ensuring that one’s wealth does not become a source of political power.