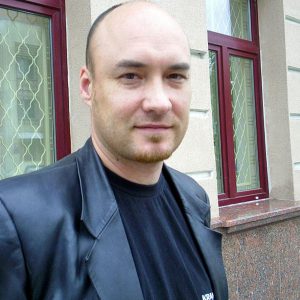 The Belarusian authorities intensify their pressure on Viasna, the most active human rights organization in the country. Based on materials the Belarusian authorities received from Lithuania and Poland, they have kept Viasna's chairman Ales Byaliatski in prison since August. This month they charged Valiantsin Stefanovich with tax evasion – the number two person at Viasna.

Tax inspection against Valiantsin Stefanovich.The Partyzansky district court of Minsk is considering a lawsuit against human rights activist Valiantsin Stefanovich. He is accused of failing to pay more than Br37 million (approx. $7,400) in taxes. The amount of unpaid taxes has been calculated based on information about his foreign accounts, details of which were transferred to Belarus from Lithuania and Poland.

Additional restrictions imposed against Uladzimir Niaklajeu. On 9 September, a court in Minsk banned the ex-presidential candidate from leaving Minsk, going to shopping malls and restaurants, meetings and rallies. He is also obliged to report to police once a week and stay at home from 8 pm to 6 am. Niaklajeu was severely beaten and jailed on the day of the presidential elections. Subsequently he was given a two years suspended prison sentence.

Over a dozen of people remain in prison convicted under articles of the Criminal Code for organization or participation in the Ploscha events on December 19, including three ex-presidential candidates: Andrey Sannikov (5 years), Nikolay Statkevich (6 years), Dmitriy Us (5.5 years).

One more public appeal about KGB torture. Recently Siarhei Pauliukevich issued a video address to Internet users in which he described torture and recruitment by KGB agents. Inspired by that recognition, a former presidential candidate Ales Mikhalevich posted his article about his own experience of recruitment by the KGB.

Ivan Shyla spends 22 days in jail. On 7 September, the Horki District Court sentenced Ivan Shyla, a Salihorsk-based activist of the Young Front, to 22 days of imprisonment, for participation in the picket near the penal colony where the Young Front leader Zmitser Dashkevich is serving his two-year term, being subject to cruel and degrading treatment by the colony administration.

Statement by Viasna on the conditions of dialogue with the Belarusian authorities. On 8 September, Human Rights Center Viasna made a statement which stressed that dialogue is impossible if there are political prisoners. Moreover, without transformation of the political system a major threat of new political hostages remains.

Makey again gathers Public Advisory Council. In late September, the head of the presidential Administration, Uladzimir Makey, will hold a meeting of the Public Advisory Board. According to official reports, the meeting will be devoted to the role of civil society and its functioning in Belarus.

Conference of "People Program". On 11 September, a conference  titled "Independence: Achievements and Prospects" was held in Minsk. The event was organized by the "People Program" campaign (movement “For Freedom”) with the participation of the organizing committee for celebrating the 20th anniversary of Belarusian independence. The conference will bring together about 300 civil leaders, experts and politicians.

Social contracting. Between 23-31 August, in four cities of the Gomel voblast – Zhlobin, Rechitsa, Kalinkovichi and Svetlogorsk – district commissions reviewed applications submitted for the competition of non-profit projects on HIV. It was a part of testing the mechanism of social contracting, initiated by NGO ACT. Among the winners there are only two NGOs – Youth Association "Real World" (Svetlahorsk) and "The Belarusian community of people living with HIV".

Most projects will be implemented by non-profit state institutions (social service centers, schools) or GONGOs like The Red Cross and BRSM. The Global Fund to Fight AIDS, Tuberculosis and Malaria provides most funding for the projects, contribution from the local district budgets may be called symbolic – up to Br5 million ($1 000) for each city.

Seminar “EU in higher education”. On 24-25 September, "Educational center “POST” NGO holds a seminar titled "The European Union in higher education: the forms and methods of work". Teachers of various disciplines related to the EU, as well as employees of the international departments of universities, are invited to participate in the seminar. 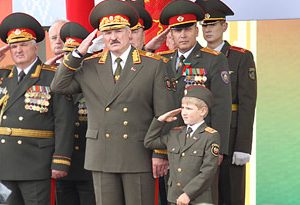 Since July Belarusian ruler Alyaksandr Lukashenka has sought to strengthen the Collective Security Treaty Organization (CSTO). He proposed to turn the CSTO into an anti-revolution alliance.  Although yesterday Russian daily Izvestia quoted an anonymous Kremlin official saying that the Belarusian leader “vulgarized” the idea and there was no agreement on using the CSTO to prevent coup-d'etats,* changes in the organization can seriously reconfigure post-Soviet politics.

Belarus joined the 1992 treaty which established the CSTO only after heated debates in parliament – then an important institution in Belarus.  The speaker of the Belarusian parliament publicly protested against joining the organization but had to sign the CSTO treaty in 1993 following the majority's decision. Belarus was the last country to sign the treaty. Other member of the CSTO include Armenia, Kazakhstan, Kyrgyzstan, Russia, Tajikistan and Uzbekistan. Russia clearly dominates in the organization.

Today Lukashenka has many reasons to promote the CSTO and turn it into an anti-revolution alliance. His own position is weakening both domestically and internationally day by day. Fearing revolution, he is tryingto obtain guarantees of his protection from the CSTO and even foreign military intervention to stop possible civil unrest. In addition, Lukashenka currently acts as chairman of the CSTO, and apparently likes the idea of gaining political weight by making the organization more powerful.

Changes proposed by Belarus for the CSTO December summit include proposals to extend the mandate of the CSTO Collective Immediate Reaction Forces beyond defense against foreign military aggression. As Lukashenka explained: “currently nobody will attack us in a frontal, military way, but many are eager to do an unconstitutional coup-d'etat. We shall defend the integrity and independence of our countries…”

The Russian media, quoting a source in the Russian foreign ministry, revealed yet another proposed provision to the CSTO decision-making procedures. According to Commersant the changes purport "to renounce the consensus principle and noone except for Uzbekistan is against it.”* Until 2005 Uzbekistan tried to stay away from post-Soviet integration projects but the Andijan massacre made Karimov seek Russian help against a possible revolution in his country.

Minsk and Moscow have already agreed to act together against Uzbek president Islam Karimov. “If anyone does not want to abide by the Statute functions, then he shall quit it [the CSTO] and should not hamper the others,” said the Belarusian strongman. Clearly the message was for Karimov – neither man has hidden his antipathy towards the other in the past.

Entering the “military political bloc”, Lukashenka once again disregarded the Belarusian Constitution which declares the neutrality of Belarus. Such a policy also contradicts the principles of the Non-Alignment Movement that Belarus has been a member of since 1998.

The Belarusian government is now trying to include in the CSTO constituent documents a provision that “military bases of foreign countries shall be established in member countries upon agreement with the Council of the Heads of States of the CSTO”. This provision is not particularly important for Belarus. Most likely it acts as a proxy for the Kremlin, which constantly fears any new Western military presence in its former empire.

As Russian daily Kommersant put it, the latest CIS summit in Dushanbe demonstrated that for Russia the CIS was no longer the most important organization, and its focus has shifted to the Customs Union (currently with Belarus and Kazakhstan) and CSTO, both of them to be seriously reorganized.* Kommersant's sources have also confirmed that the transformation in both organizations has not only begun but that they already coordinate implementation of concrete decisions.

Speaking at the Dushanbe CIS summit, Medvedev agreed that often accusations of abstractness and weak implementation of commitments taken in the CIS framework are fair. By contrast he referred to the Customs Union and the CSTO as more successful integration projects. Kommersant warns that "reforms launched in these two organizations should make the CIS nations think about their foreign policy choice.*

Ukraine is still trying to combine European and post-Soviet integration projects. Lukashenka has already made the choice for Belarus, exchanging its sovereignty for his chance to stay in power a bit longer. Winston Churchill once said that tyrants never leave behind a decent country. In addition to immense economic and social troubles, heavy debts, undermined rule of law and other ills, the post-Lukashenka Belarus will also have to deal with the liability of dubious international commitments.

Unfortunately, the Belarusian opposition and independent media failed to explain to the nation the seriousness of the CSTO-related developments. Preoccupied with economic survival, Belarusians did not even notice that the government is about to engage in a pact which will significantly limit Belarusian sovereignty. It may also expose Belarus to military confrontation with other post-Soviet countries.