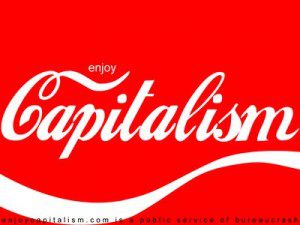 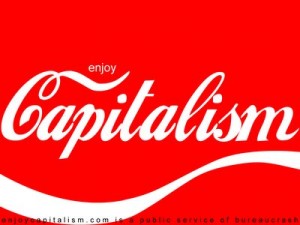 A translation of an article by one of this blog’s authors about economic reforms, published by the newspaper Naša Niva. The government of Belarus demonstrates readiness to perform market reforms in the country and supports words by deeds. Sometimes these actions look unsure, sometimes even comical, but at the end of the day the investment climate seems to be slowly getting better in Belarus. There is still much to do, but one thing that is difficult to predict now is whether the national economy will survive the transformation without a breakdown in midst of it. Whether it is not too late for the government’s ambitious reforms plans.

For several weeks, before and after the Belarusian Investment and Economic Forum, the media was being bombarded by news on developments around the privatization of Belarusian state property and plans for further liberal reforms in the economy of the country. Belarusian authorities finally outlined plans to make order in the Augean stables of the national tax system – the world’s worst according to international rankings. Movement in the right direction is good, but its shortcomings must be corrected.

How to attract adventurers

The Belarusian economy is perceived as a high risk investment target. To improve the image of Belarus, more than just one year is needed. Old scandals (unsuccessful investors to Belarus in the 1990s, like “Baltika” or “Ford”) are much better remembered than new success stories. No protection of investments, biased courts and the overall exotic totalitarian image of Belarus – the government has a huge scope of work to do. Positive changes must happen and be recognized by the international community.

Only adventurer-type investors would be ready to invest in Belarus now. For ignoring the risky image of Belarus they want high returns on their investments. Prospects of such returns are vague: Belarus doesn’t have natural resources that attract investors to Russia or Kazakhstan It is hardly possible to transform Belarus from the “Assembly Shop of the USSR”, as it was called in Soviet times due to Belarusian heavy industry supplying the rest of the USSR, to “a Small Assembly Shop Near the EU” because Belarus is not even a member of the WTO. Today, when Finnish wood processors sometimes find it easier to handle Russian wood in China, Belarus is not physically able to compete with Asian countries as an eventual location for foreign production facilities.

“To be proud of one’s export potential is past century,” a senior foreign delegates of the Belarusian Investment Forum said in a private conversation. Investors are more interested in domestic market and the effective domestic demand, on which Belarus is not very attractive, he added.

The government could sell state-owned companies, which it can’t manage anyway, for a lower price, but today the Western investors have enough cheap objects at home. This makes them less interested in Belarusian enterprises. There are many assets for sale in Belarus, but many of them lack a realistic valuation, the forum participant complained.

German Marshall Fund of the United States Blogs on Belarus

Appeasement in our time — Berlusconi goes to Belarus
by Joerg Forbrig

BERLIN — This year has been full of celebrations of the peaceful revolutions of 1989, arguably the most important advance of freedom, democracy, and human rights in history. But this year has also seen rapid European rapprochement with (and some might say appeasement of) one of the world’s worst autocrats: Alexander Lukashenko of Belarus. Europe’s embrace reached a new level Monday when Italian Prime Minister Silvio Berlusconi paid an official visit to Minsk, the first by a Western head of government in over a decade.

Belarus, Europe’s immediate neighbor to the East, has been ruled by Lukashenko since 1994. For one-and-a-half decades, a fully fledged dictatorship replaced whatever modest democratization had taken place in the early 1990s. An omnipotent presidential administration controls all aspects of life in the country, from mass media that are almost completely under state control to an economy that remains centrally steered and nationalized. A vast police apparatus, including a KGB, instills Belarusians with fear and apathy, while dissidents and civic activists face harassment, beatings, fines, and prison sentences. Several prominent opposition leaders have disappeared without a trace. Elections are rigged, as the OSCE has repeatedly declared. Lukashenko, meanwhile, has abolished presidential term limits and can effectively rule for life.

Last year, the regime in Minsk suddenly appeared to change track. The release of several political prisoners, a slightly freer parliamentary election, permits for a few independent newspapers, and government hints about possible liberalizations of the media and the electoral laws seemed to indicate that democratic change was in the air.

Yet autocrats rarely make such concessions voluntarily. In reality, these moves were prompted by growing geopolitical and economic pressures from the East. Russia’s military campaign against Georgia was read correctly in Minsk as a potential threat to Belarusian independence. Moscow, long a major funder of Lukashenko’s rule, also changed economic gears, demanding stakes in strategic Belarusian businesses, increasing oil and gas prices, and threatening to close its market to Belarusian produce. Add to that the fact that Russia’s ambitious designs for gas pipelines to Europe will, within years, diminish Belarus’ importance as a transit country for deliveries to the European Union — and it was only logical for Lukashenko to begin making overtures to the West.

For European leaders, the writing was on the wall: engage with Belarus and other former Soviet satellites now, or risk that these Eastern neighbors fall back into Russia’s orbit for good.

Cue a veritable race for the attention and goodwill of the once-despised outcast Lukashenko. Travel restrictions against the Belarusian leadership were suspended in October 2008. Europe’s foreign policy community descended upon Minsk, followed by a flurry of business delegations and investment forums; meanwhile, Belarusian officials swarmed westward. Lukashenko himself was received by the Vatican in April (and insisted on introducing the Pontiff to his illegitimate son). In May, Belarus was asked to join the EU’s new Eastern Partnership initiative; in September, Lukashenko received an official invitation to neighboring Lithuania.

It was left to Berlusconi, however, to become the first European leader to board a plane to Minsk.

European leaders have been at pains over the last year to justify all this outreach, arguing that a decade-plus policy of isolation had arrived at a dead end. Not quite. It is true that Europe avoided any political contacts or cooperation with the Belarusian leadership; yet at the same time, trade with the country was thriving and last year the EU surpassed Russia as an importer of Belarusian goods. By filling the coffers of the Lukashenko regime, EU economic engagement effectively neutralized political isolation and helped to sustain the status quo in Belarus.

European diplomats also like to argue that, barring closer ties with Europe, Belarus would buckle under Russian pressure. But Lukashenko has long resisted a series of aggressive Russian moves, from offers to join the Russian Federation to peremptory demands that Minsk acknowledge Abkhazia and South Ossetia to Russian takeover attempts in the Belarusian economy. Minsk knows well that its independence, and with it the survival of the current regime, hinges on diversified international relationships. To this end, it has reached out to partners as far away and varied as China, Venezuela, Iran, and the Gulf states. But to be successful, Belarus’ strategy also needs the EU. This, in fact, provides Europe with considerable leverage — leverage which it is currently not using.

Unsurprisingly, liberalization in the country has reversed. There are accounts of new political prisoners and trials, police have brutally dispersed several protests over the last months, and the independent media as well as civil society remain under threat. If anything, Europe’s unconditional engagement encourages Lukashenko, who recently (interviewed in Italy’s La Stampa) asserted: “Belarus is not a beggar in European relations.”

Absent tangible results or even prospects for change, Europe’s rapprochement indeed begins to look a lot like appeasement. Yet that would send a fatal signal to Belarus and the world. To Lukashenko and his ilk, it would be tantamount to admitting that, for the EU, state sovereignty, geopolitics, and economic gain trump universal values, democracy, and human rights. But the EU can still choose to do otherwise. That would truly honor the legacy of 1989.