Belarus struggles to obtain favourable oil and gas prices and considers alternative suppliers, as it has in the past with Venezuela and Azerbaijan. Belarus will host a mission from the IAEA and hold stress tests to satisfy Lithuanian concerns... 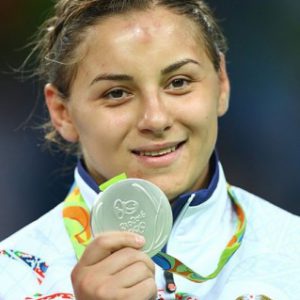 Belarus struggles to obtain favourable oil and gas prices and considers alternative suppliers, as it has in the past with Venezuela and Azerbaijan. Belarus will host a mission from the IAEA and hold stress tests to satisfy Lithuanian concerns regarding the safety of Astraviec NPP.

The Ministry of Foreign Affairs holds a consultative council of the Belarusian diaspora, trying to engage Belarusians living abroad in activity for the benefit of the Belarusian state. The government discusses the worst Olympic performance from Belarusian athletes in history and suggests ways to improve the situation.

Belarus struggles to obtain favourable oil and gas prices. On 12 September Aliaksandr Lukashenka ordered negotiations for the supply of hydrocarbons from Russia to be finalised in two days, writes Belarus Segodnya. The two sides are now considering three approaches to pricing. The option most acceptable to Minsk supposes pricing equal to the European export price excluding duties and transportation expenses. The second option is the Russian domestic price under certain (unknown) conditions. The third is based on subsidising the Belarusian budget.

Lukashenka also required that the government works out alternative sources of hydrocarbon supplies, as Belarus has done in the past with Venezuela and Azerbaijan. According to Deputy Prime Minister Uladzimir Siamaška, the government already has ideas on that account. 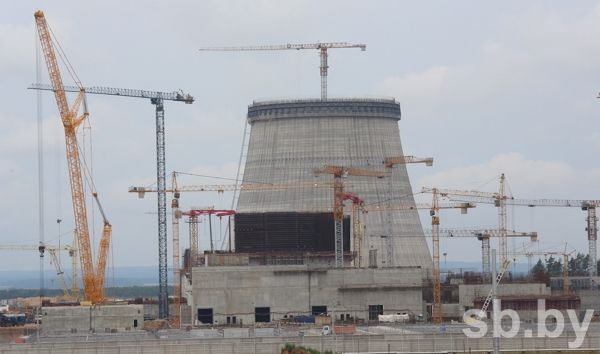 Belarus will allow safety tests and foreign missions to inspect the nuclear power plant. A second round of the Belarusian-Lithuanian talks on the construction of the nuclear power plant has ended, reports Belarus Segodnya. Due to Lithuania's safety concerns, Belarus has requested that the IAEA carry out a special mission to evaluate the NPP construction site. Belarus will hold stress tests of the NPP in Astraviec. In addition to the mission, a European Commission delegation will visit the construction site.

Belarus will not stop construction of the plant, as there have been no violations of international or national standards. Therefore, Belarus's neighbours must be willing to compromise: as President Lukashenka has recently proposed, Lithuania could consider joint use of the nuclear power.

Olympic failure shows a need for a deep reform in sports. Belarusian athletes gave their worst performance in Belarusian Olympic history at the recent Games in Rio. Belarus Segodnya reports on a joint meeting between the Ministry of Sports and Tourism and the National Olympic Committee; the meeting's purpose was to understand the reasons behind this failure and suggest ways of improving. According to the head of the Belarusian Swimming Federation Anatoĺ Tozik, internal squabbles are largely to blame. Rather than than training their teams, managers and coaches fight for funds backstage.

One initiative suggested that funding be granted only for those sports which Belarusian athletes had performed well in before. Other sports would only receive funds for the development of youth teams. Remunerations for performances at World Cups and other intermediate starts would be downgraded, as this can discourage preparation for the Olympics. The system of stipends for coaches would be altered to put an end to certain kinds of abuses.

Makiej thanked those who promote the export of products manufactured in Belarus. "We plan to continue and expand the practise of inviting Belarusian businessmen from abroad to participate in various economic forums and trade fairs held in the country", the minister said.

Waste sorting plant is launched near Hrodna. The plant is capable of sorting 120,000 tonnes of waste annually, writes Hrodzienskaja Praŭda. In addition, 30,000 tonnes of separately collected waste will be collected from the city. The factory will employ about two hundred people, including chefs for maintenance of night shifts.

The plant was constructed by a Chinese company and funded by the World Bank. The World Bank also funds the second part of the project: the organisation of separately collected solid waste in Hrodna. This includes money for new types of containers and garbage trucks. Moreover, construction of the plant necessitates improvement of the solid waste collection system. The city will expand the existing container sites, build new ones and close garbage chutes in block houses during 2017. 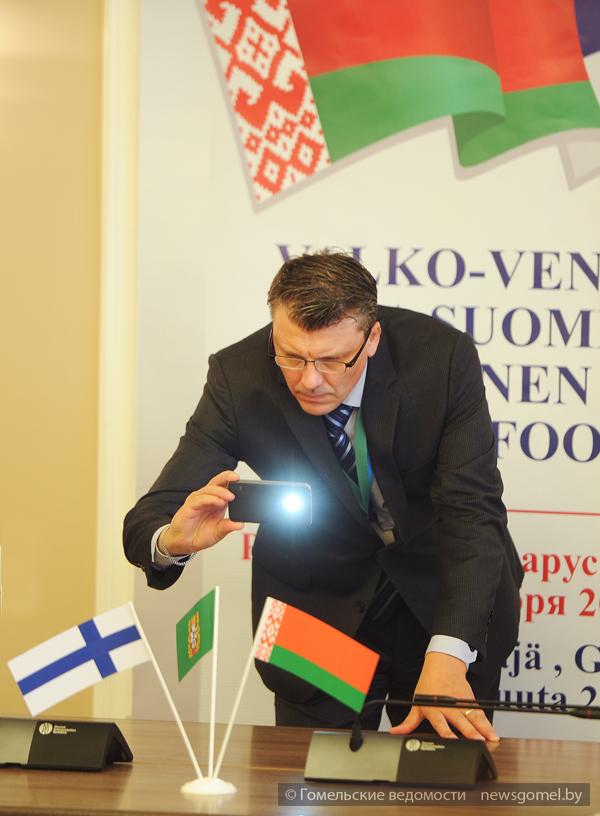 Belarus-Finland economic forum took place in Homiel. A delegation of representatives of 40 Finnish companies headed by Finnish Deputy Secretary of State Matti Antonnen arrived in Homiel to participate in a bilateral economic forum. Currently 30 companies with Finnish capital operate in Belarus, writes Gomelskie Vedomosti. Over the last five years Finns have brought about $140m of direct investment to the Belarusian economy.

“One of the largest priorities in Finland today is clean energy and waste processing. We intend to explore this area in your country. In addition, we are interested in setting up joint ventures in areas such as agriculture and the IT sector”, said Chairman of the Board of the Belarusian-Finnish Chamber of Commerce Juha Hamalainen. An important factor for cooperation with Belarus is its membership in the Eurasian economic Union, which opens vast markets in Russia and Kazakhstan to investors.

However, representatives claim that they participate in all spheres of universities decision-making, including the educational process and curriculum, distribution of stipends and scientific activity. This happens through the Councils of Faculties and the general University Councils where they have seats.

Made in Belarus. By the Chinese 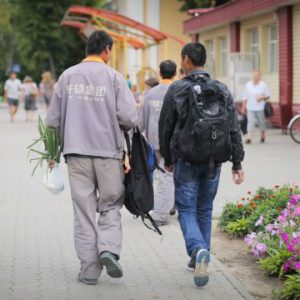 In the first six months of 2016, according to the Ministry of Interior 4,076 Chinese labour migrants entered Belarus. They now outnumber all other nationalities, including Ukrainians, who peaked at 3,334.

The Belarusian government maintains a firm grip on the labour market, and strictly regulates the number of work permits available to foreigners.

While Belarus attempts to re-engage with the West after the removal of sanctions and Russian investments continue to dwindle, Chinese investors are capitalising on Belarusian projects.

More and more Chinese workers are appearing in the streets of Minsk and other cities. Belarusians wonder what brings them here, what jobs they have, and most importantly, whether they are staying or moving on.

Unlike Europe, Belarus has thus far been spared the influx of refugees and asylum seekers from the Middle East. However, as the number of jobs decreases, and Belarusians turn elsewhere in search of employment, they find themselves competing with imported labour as well.

According to the Ministry of the Interior, in 2015 Belarus admitted almost 32,000 workers. Among them 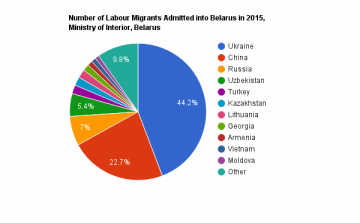 almost half, or 14,000 people, came from war-torn neighbouring Ukraine, and another 7,225 from China. In 2016, as the situation in Eastern Ukraine stabilised to a certain degree, the number of Ukrainian workers decreased, while the Chinese labour force presence increased.

Data from the Ministry of the Interior also informs us that the majority among the 4,076 labour migrants works manual jobs. Only 888 among them are “trained specialists” according to the Ministry’s definition, and another 57 hold managerial position. 43 found employment in the service industry. Apparently, there is a demand for foreign non-skilled labour force in the Belarusian market.

This may come as a surprise to local Belarusian workers. Many have been struggling to find employment in Belarus, as the number of job cuts in industry rose throughout 2015 and 2016 due to the ongoing economic crises in Belarus and Russia. As Belarusians encounter more and more Chinese workers in the streets of Minsk and other cities, they might find themselves wondering what jobs they have, and which industries they work for.

According to a recent interview published by the official news agency belta.by during the president's visit to the Mahileu Lift Plant in July 2016, President Lukashenka remarked that Belarusian workers should be more proactive and flexible in looking for jobs, “If there is no work in Mahileu, then there should be some in Babruisk, Minsk, Hrodna, Svetlagorsk, or Dobrush.” Belarusian workers now face not only internal, but external competition as well.

The sleepy provincial town of Dobrush, home to 18,000 residents, saw a sudden increase in population when local authorities approved the construction of a cardboard factory in 2015. The Chinese investor and main contractor imported 1,000 Chinese workers, a sizable addition to the existing population. They certainly stand out among the rest of the native Dobrush population.

Their presence might have remained unnoticed had a number of Chinese workers not protested. They accused their bosses of mistreatment and marched to Homyel (about 30 km) demanding justice. The situation was allegedly resolved through negotiation but according to many sources, including Radio Liberty in Belarus, many Belarusians felt impressed by their courage and sympathised with the Chinese workers as they insisted on fair pay.

Most Chinese workers come for a short span of time, work on construction sites in Belarus, and head back home. The case of the Chinese workers in Dobrush suggests that many of them are exploited and abused by their Chinese employers. Lack of transparency and oversight on the Belarusian side jeopardises their status and labour rights.​ 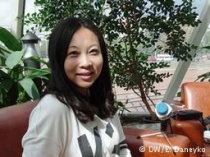 But some stay. And to a certain degree, they successfully integrate into otherwise very homogenous Belarusian society. According to the 2009 National Census, almost 84% of people in Belarus identify as Belarusians, followed by another 13% of Russians, Poles, and Ukrainians. In other words Belarus is 97% white.

Wan Syaomun has lived in Belarus since 1999. According to Deutsche Welle she came to study at a Belarusian university when she was 17, later got married, and stayed. Belarus became home. She now owns a translation agency. Her story amplifies the lack of transparency and integration for short-term labour migrants from China.

Belarus attracts short-term manual labour migrants from China, Ukraine and Turkey. And although labour is cheap in Belarus, foreign investors prefer to bring their own labour. One of the reasons lies precisely in the comparative ease of controlling foreigners. For now it seems that Belarus has no competitive advantages in attracting and retaining high-skilled foreign labour. Some experts say that it should instead focus on retaining its own promising individuals who are keen to emigrate.

According to Ejednevnik.by, a Belarusian news outlet, this data distorts the real picture and the true ratio should be 3 to 1 in reverse. Other estimates suggest that around 100,000 Belarusians leave the country seeking employment abroad, mostly in Russia, and only around 30,000 migrant workers enter Belarus annually. The outflow of labour force from Belarus could deplete the national talent pool.

On the other hand, in times of economic crisis, the remittances wired by Belarusians working abroad to their families have become a strong stabilisation factor for private households as well as the national economy. According to the World Bank such remittances contributed 2% to the Belarusian GDP in 2014.

As Belarus failed to come up with reliable ways of retaining local talent, many wealthy Belarusians choose to send their children to study abroad, and encourage them to find ways to stay on in Western Europe or North America. Meanwhile, the Belarusian government seems to have focused on regulating the inflow of foreign labour force by adhering to a non-transparent system of labour permits granted to chosen investors, mostly from China and Turkey.

This also places Belarus into a grey zone when it comes to labour code regulations. If investors do not hold up their end of an agreement with imported workers, Belarus has little to no leverage with them. While the strategy of importing temporary labour force may be a short-term solution to attract foreign investments, in the long term Belarus should identify more sustainable and modern ways of regulating its labour force markets.