Olga Hryniuk 4 September 2018
TUT.by predicts that six candidates from the opposition will run for the Belarusian presidential elections in 2020. Lukashenka’s alliance with China helps to avoid binary confrontation with Russia and the European Union. Russian media have increased blaming Belarus for... 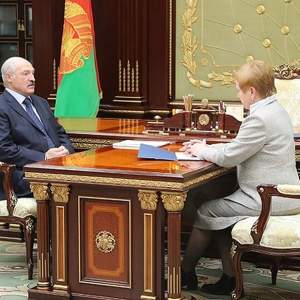 TUT.by predicts that six candidates from the opposition will run for the Belarusian presidential elections in 2020. Lukashenka’s alliance with China helps to avoid binary confrontation with Russia and the European Union. Russian media have increased blaming Belarus for infidelity amid the introduction of the 30-day visa-free period.

World Bank names three chronic diseases of the Belarusian economic model: the lack of sustainability, imbalance, and inefficiency. Belarusian business recognizes improvement of conditions in 2018 in almost all spheres.

Who Will Go To Presidency in the Next Election? – Artiom Shraibman, TUT.by, draws up a list of candidates who will probably run for Belarus’ presidential election in 2020. The first candidate will be the incumbent president if to exclude force majeure. Roughly six more candidates from the opposition and other forces will be also nominated. The journalist notes that in recent years the leadership of the opposition has been almost completely upgraded because immovable leadership leads to stagnation.

Belarus: A Chinese Solution? – Tomasz Kamusella, New Eastern Europe magazine, Lukashenka’s skilful navigation in between Russia and the EU suddenly gains another dimension as the Belarusian strongman opens up his country to China. The previously binary choice will become fuzzier with this novel ‘triangulation,’ making it more difficult for one of the prospective three partners to put Belarus in place.

Belarus Opening up to the World Amidst Russian Accusations of Disloyalty – Grigory Ioffe stresses that one can hardly point to a more obvious sign of Belarus’s desire to open up to the world than the introduction of the 30-day visa-free period. This new step is occurring against the backdrop of Russia’s sour relationship with the West. Russian publications ever more frequently accuse Belarus of infidelity.

Belarusian Economy was Diagnosed. Will It be Cured? – Naviny.by overviews a comprehensive study of the World Bank that names three chronic diseases of the Belarusian economic model: lack of sustainability, imbalance, and inefficiency. Over the past quarter century, the economic model of Belarus has not changed significantly, characterized by a high state presence, and showed different results. 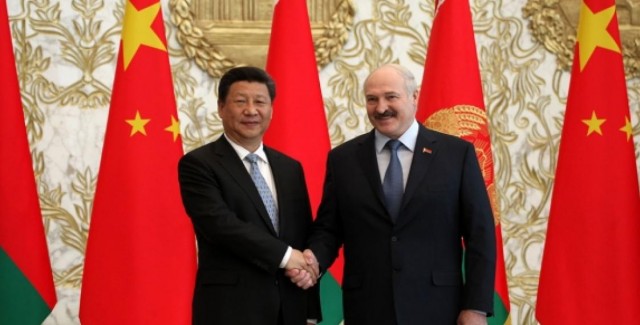 Mandatory sale of the currency is abolished in Belarus, according to the presidential decree signed on July 31. The decision was made ‘in order to liberalize foreign exchange relations and stimulate business activity’.

Belarusian business recognizes the improvement of conditions in 2018 in almost all spheres. This is a finding of the study Liberalization of Conditions for Business conducted among 409 small and medium-sized enterprises. The study was commissioned by IPM Research Center and conducted by MIA company. During 2010-2018, the main barriers to business remain high taxes and unstable legislation.

Reformists in the government strengthen the private sector confidence in the state when it comes to the national currency and economic policy, which manifested in GDP growth. Meanwhile, the Belarusian authorities fear the consequences of comprehensive economic reforms, mainly due to the lack of clear signals from the Belarusian population that it is ready and accepts reforms.

The situation in the Field of National Security and Defense of Belarus. June 2018 – In its monthly monitoring, Belarus Security Blog notes that the special services finally made public the cases of violations in the health sector. The experts believe that the reason is upcoming presidential elections. Belarusians observe a PR campaign to raise the ratings of the government and personally Lukashenka as a fighter against corruption.

Civic Control Over the Army. Basic Provisions – Belarus Security Blog outlines a model, which proves the need to strengthen civic control over the military forces. This is particularly urgent for nations that recently freed from totalitarianism and need a radical revision of the relationship between civil society and the military towards their democratization. The related situation in Belarus is considered.

Trump and Putin’s Meeting in Helsinki: Issues for World and Eastern Europe, Recommendations for Belarus – In his analytical note, Yauheni Preiherman notes that the Russian-American summit in Helsinki is a missed opportunity for security in Eastern Europe. With any developments, Minsk should continue its own search for possible points of contact and formats for coordinating the interests of global and regional players. 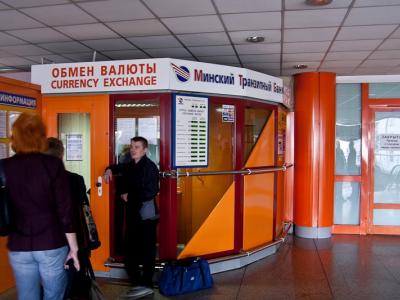 Belarus’s Second Front: Is Lukashenka Really Afraid of Russia? – Artyom Shraibman, for Carnegie Moscow Center, notes that in the past few years, Minsk has started citing Russia as its main threat. It is an open question whether the Belarusian authorities really believe the Kremlin poses a threat to the country’s sovereignty, or whether they are simply attempting to dress up their usual repressive behaviour in pretty packaging for the West.

Travel Guide to Minsk – British Professor of Economics, Anthony J. Evans describes his impressions upon his visit to Minsk. Military uniform is everywhere, tractors roam the streets. And the absence of a democratic transition casts an intriguing shadow of communist rule. But the city is vibrant, affluent, and spotlessly clean. It feels more like a Baltic city break than an Eastern European industrial wasteland.

Belarus takes the 80th place in investment attractiveness. According to the International Business Compass 2018, Belarus for the year has improved its position by 7 points and bypassed Russia and Ukraine, which take 95th and 131st places respectively.

Belarus climbs to the 38th position in E-Government Development Index (EDGI). The country has moved 11 positions up to make it to the top 40 countries in the Very-High-EGDI level group for the first time. The UN E-Government Survey is compiled for 193 countries every two years. 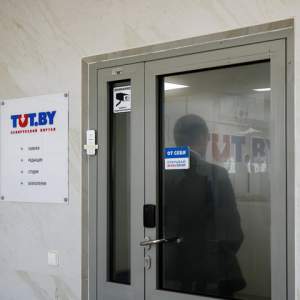 Media crackdown in Belarus. Last week, the police raided the newsrooms of several leading media outlets, including the Belarusian major independent media TUT.BY portal and BelaPAN news agency, and detained at least 18 journalists. An unprecedented wave of journalists’ detentions started on August 7 under a criminal investigation into alleged unauthorized access to paid services of the government-owned BelTA news agency. By 10th August, all the detained journalists were released.

Bloggers and journalists under pressure. A criminal case has been opened against Brest blogger Siarhey Pyatrukhin on the charge of “an insult inflicted in a public statement”. Blogger from a Homiel region Andrey Pavuk was detained for cooperation with Belsat TV. In Hrodna, the police seized equipment from journalists working with Belsat.

Belarus’ MFA is the most open state body of the country. The Ministry of Education is the most closed, according to a study by the Political Research Institute Political Sphere. The findings are based on 21 in-depth interviews with Belarusians CSO representatives.

TBM calls to list Belarusian as native language during the upcoming census. Head of the Belarusian Language Society (TBM) and MP Alena Anisim addressed to the Belarusians to recall that the next census would be held in 2019. She urged the citizens to claim the Belarusian language as native that contributes to strengthening the independence and national security of Belarus.

Belarusian Yearbook 2018 released. The annual edition presents a comprehensive analysis of the key developments and current status of the main sectors of the state and society in 2017. The book is published under the aegis of the Agency for Social and Political Expert Appraisal and Nashe Mnenie (Our Opinion in English) expert community.

Project on monitoring of small rivers started in Polesse. The participants will monitor a condition of rivers, lakes, and wells and conduct 20 campaigns on water examination and coasts cleaning in border regions of Belarus and Ukraine. The project is co-funded by the EU and implemented by Pinsk executive committee and Interakcia Foundation from Belarusian side. 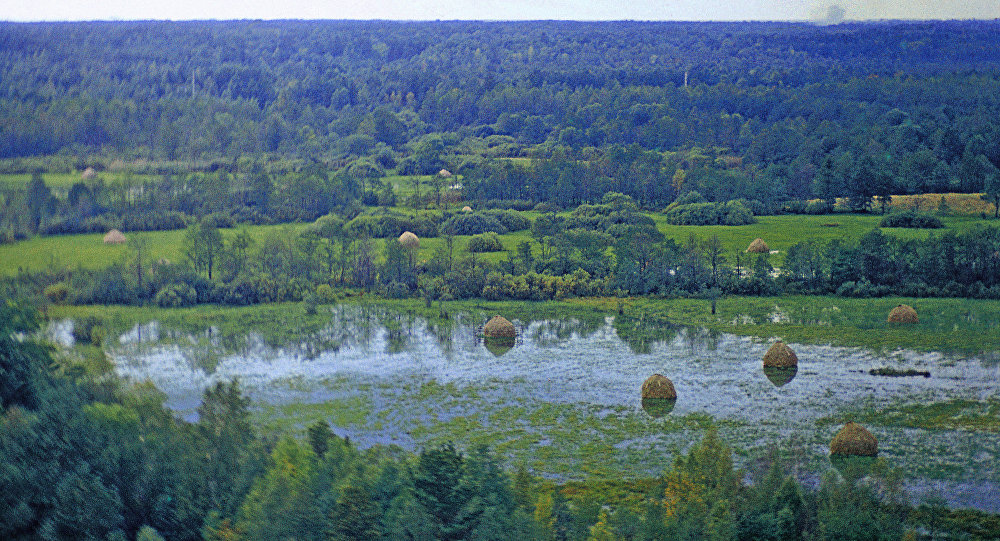 Alternative Energy Market environmental forum was held on July 27, in Minsk. An event was dedicated to renewable energy sources in their most unexpected manifestations and organized by the cultural centre KORPUS and EcoDom CSO. The forum’s program includes a fair of eco-initiatives, a demonstration site, real stories of users of renewable energy sources, an environmental film festival, etc.

Business Bicycle contest kicks off in Minsk. The goal is to find and encourage companies that prefer to use environmentally friendly transport, a bicycle. From August 1 to August 31, the contest organizers will monitor the activities of companies in social networks and award the best. The contest is organized by the Minsk Bicycle Society and the Center for Environmental Solutions and supported by EU.

Sprava festival took place on August 4-5. International community engagement festival Sprava (Deal in English) is meant to celebrate Belarus’ historical and natural landmarks, modern art and music. The organizers are a group of enthusiasts who together with local residents turn a peninsula near Lake Chereiskoye into a new cultural venue.

CSOs presented themselves at FSP festival. Freaky Summer Party (FSP) is one of the most popular festivals in Minsk that gather thousands of people. On July 28-29, a zone of public partners presented various civic initiatives: from a public campaign against homophobia to improvisational theatres. For example, at a Green Network spot, it was possible to sign and send a postcard about the climate change. 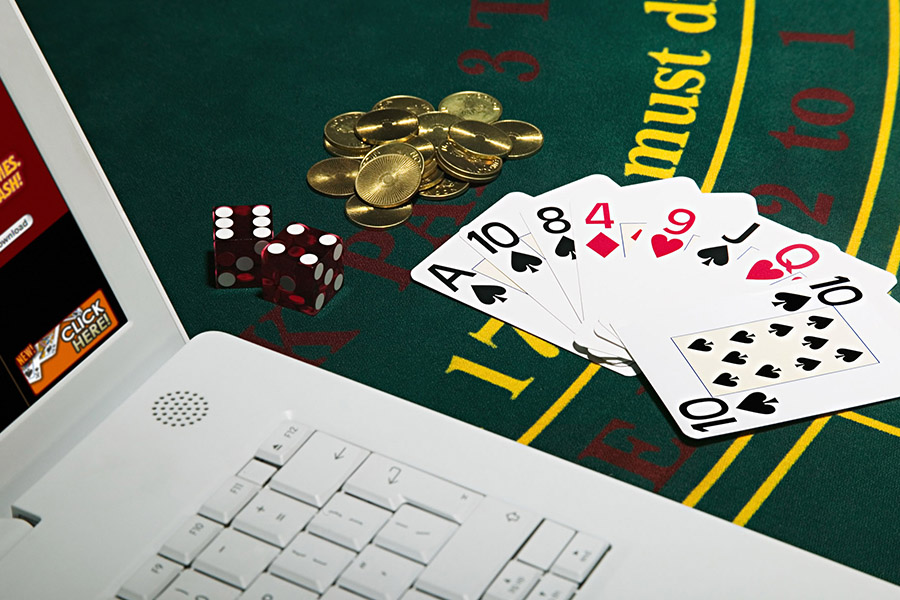 Women’s Business Festival in Brest was held on August 4. Women who already had a business and would have liked to present it at the festival were invited to the participation. According to the organizer, Brest Regional Development Fund, one of the objectives of the event was the unity of values, thoughts, and ideas of the women’s business community.

Belarus is the best friend of Ukraine. 74% of Ukrainians treat Belarusians positively – this is the best indicator among all countries in the world. Earlier, Russians similarly spoke about Belarus.

Cyberwarfare IT squad to appear in Belarusian army. Up to 60 people are to be recruited for the information technology company of the Belarusian army. The IT trend in Belarus is to be taken to another level. Belarus Security Blog welcomes the establishment of IT squad as a positive, albeit belated.

Belarus climbs to 38th position in E-Government Development Index (EDGI). The country has moved 11 positions up to make it to the top 40 countries in the Very-High-EGDI level group for the first time. The UN E-Government Survey is compiled for 193 countries every two years.

Belarus legalizes online casinos. The new presidential decree will help to minimize the capital outflow to other countries. It will limit the Belarusian citizens’ access to online games, which are organized outside the national segment of the Internet