Poland and Belarus Clash Over a Movie

Relations between Belarus and Poland have deteriorated in the recent decade, as Warsaw openly supported Belarusian opposition more than all of the other European nations put together. Earlier this month yet another war of words took place.  Poland officially... 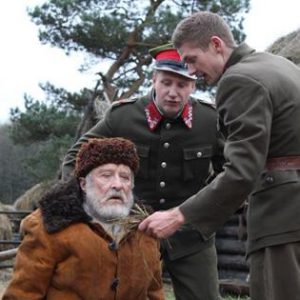 Relations between Belarus and Poland have deteriorated in the recent decade, as Warsaw openly supported Belarusian opposition more than all of the other European nations put together. Earlier this month yet another war of words took place.  Poland officially protested against a new Belarusian film The Old Talasz that is devoted to the 1920 Soviet-Polish War waged in Belarus.

Last week the Polish Foreign Ministry accused the film producers of caricaturing Polish characters and "using the wrong history vision to drive a wedge in close relations between Polish and Belarusian societies". Rzeczpospolita, the second largest Polish daily, published a long article on Belarusian-Polish relations in the inter-war period and expressed its concern about unfair and inaccurate representation of Polish soldiers.

However, many in Belarus remain unpersuaded by the myth of a free and prosperous life of Belarusians under a Polish administration in early 20th century. Good relations between Belarusians and Poles today do not mean that they need to forget their history or let their governments abuse it for their own purposes.

Belarusians have lived with Poles in one confederate state the Commonwealth (Rzeczpospolita in Polish) for over 200 years – longer than under the Russian rule.  But they have also suffered from forced Polonization in early 20th century. After the World War I, Poland conquered Western Belarus, while Moscow created a marionette Belarusian Soviet Republic in Eastern Belarus.

The Old Talasz movie which caused the new wave of controversy between Poland and Belarus refers to those years. The film is based on a novel of a classic of Belarusian literature Jakub Kolas. The novel describes the war between the Communist Russia and Poland, which had just secured its independence from Russia.  As an official Belarusian TV channel explained, "a part of the population fought for Bolsheviks, a part for the Poles and the rest simply for the independence of Belarus. Peasant Vasily Talasz picks up his weaponry and fights for the sake of his family".

The film focuses on Polish atrocities in Belarus during that war. The movie depicts Polish soldiers in a grotesque form, similar to how the Nazis were portrayed in Soviet movies. They walk around in shiny boots, sing mazurka, kill women and children, burn villages and torture innocent Belarusian peasants to build on their corpses the imperial Poland "from sea to sea".

Although the movie clearly tries to ridicule the Poles, the atrocities during the war were well documented and recognised not only by the Soviets but also by anti-communist Belarusian politicians such as Anton Luckievich, a former Prime Minister of the Belarusian National Republic. Neither Poland nor Soviet Russia should be proud of what they did in Belarus at that time.

The biggest controversy deals with the interpretation of September 1939 events, namely the German-Soviet invasion of Poland and beginning of the World War II. For Poland, it was a loss of territory. For Belarus it was a unique chance for reunification albeit under Communist control and terror. To blame Belarusians for celebrating the 1939 unification of the land means forgetting the real situation in Belarus then.

By 1939, Polish authorities closed all schools with Belarusian language as the language of instruction in the nearly 4 million strong region of Western Belarus. Only four dozens of schools retained some minor teaching of the Belarusian language. Warsaw also did not develop agrarian and backward regions populated by Belarusians which later became indoctrinated by Communist propaganda. The Polish state preferred to settle ethnic Polish colonists on Belarusian lands and failed to undertake the badly needed land reform.

However, as the Rzechpospolita article correctly emphasizes, the Polish authoritarian regime of that time never persecuted its opponents as cruelly and systematically as the Soviets. Even Communist terrorists got their reasonably fair trial and mostly survived in Poland. The Polish government also did not touch private property rights unlike the Soviets in the east of Belarus.

Soviet Belarus felt all the shocks of Stalin's terror since the late 1920s and many people were murdered, jailed and exiled. But the country underwent also successful – if forceful – economic and social modernization. Belarusian culture and education flourished – although in increasingly bloody framework of Bolshevik thinking and constantly losing thousands of artists, writers, poets and other intellectuals as a result of terror. Nevertheless, common people started to identify themselves as Belarusians, mostly under Soviet rule.

These unpleasant facts give a fertile ground for controversial discussions on Polish-Belarusian relations. The Belarusian regime prefers to use the old Soviet propaganda cliche about "bloody White Poland" and the old Russian accusations of the "Polish intrigues".

At the same time all state-run media regularly run reports about unemployment, the difficult life and economic crisis in Poland. Lukashenka's propaganda also made a point of publicly supporting Polish populist politician Andrzej Lepper, and hinted that the Polish government was guilty of his death. However, this propaganda has little impact because their twisted interpretations are too evident to most Belarusians.

The Belarusian opposition is too fragile to risk a conflict with Poland which often gives them a last refuge.  Because other Western nations have little interest in Belarus the opposition often has to follow the official Polish line.  And that may lead to dangerous repercussions for the Polish image in Belarus as many presented positions contradict the well-known realities of western Belarus.

Nevertheless, the contemporary Poland is more open than in the past and is developing a critical view of its history. Anti-Polish sentiments are not popular among Belarusians today. Active Polish help in the struggle against dictatorship has already left its mark on the  modern Belarusian language.  New words for leaflet (uliotka), sticker (nalepka) and police station (pastarunak) seem to be adopted from the Polish language.

In these conditions broadcasting The Old Talash movie says of Belarusian hostility to Poland as much as Polish broadcasting of The Teutonic Knights would prove their anti-German mood. 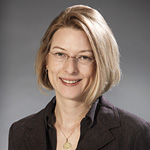 Anais Marin: I am Shocked by the Cynicism of the EU Towards Belarus – Why ordinary Belarusians are getting nothing from the European Union, and whether there is a common position of European officials on the "partnership"? Anais Marin, an expert of the Finnish Institute of International Relations working on Eastern Partnership gives her answers. She points that the EU only thinks about its own interests and that the European External Action Service are rather cynical about Belarus. The EU only keeps insisting on the political prisoners release without offering anything to the population of Belarus.

Controversy Over the Use and Effectiveness of EU Sanctions Towards Belarus – Giselle Bosse of Maastricht University briefly addresses the issue of the effectiveness of EU sanctions towards Belarus and raises a concern that controversy over their use may further split Belarusian opposition.  She notes that if the EU changes its policy at this point in time towards more engagement, it would most likely be criticised for being inconsistent (again), which it is determined to avoid. However, she urges to engage with Belarusians at the multilateral level through technical cooperation, and also in cross-border cooperation projects.

Mechanism of Revolutions through Social Networks – web portal Generation.by publishes the findings of an international research group, which revealed certain mechanisms of joining of social networks’ users to mass protests. In particular, locomotive of protests is a living offline community with a common goal. The success of online protests (and further preservation of protest moods) could take place only in cases where dissatisfaction had an offline format and real people came out to the streets.

Heritage of Vitaly Silitski: Elections in authoritarian regimes – a farce or a chance for change? – "Tell the Truth" website reprints an article by Vitaly Silitski, written in 2001 before the Parliamentary elections. In particular, Vitaly Silitski wrote that "it is possible to win an authoritarian regime playing by its rules… though … this possibility is extremely limited by the circumstances." If the opposition is unable to impose on the regime its own rules of the game, it may be the only option for change, although the possibility of its implementation is extremely limited circumstances. He concluded that brushing away the elections (in whatever circumstances they may be carried out) as a possible variant of the struggle for democratic change is just unwise.

Elections or boycott as a zugzwang for the opposition – BISS analysts Alexei Pikulik and Denis Melyantsou talk about the format of participation or non-participation of the opposition in parliamentary elections in September. Experts believe that both a boycott and participation in elections are not winning scenarios. They suggest that to the opposition to unite, develop a common strategy for the development of the country, and get support from civil society and independent media.

Belarusian Authoritarianism: Between Populism and Modernization – political analyst Dmitry Kukhlej notes that in recent years the Belarusian regime is showing more signs of a qualitative transformation of the populism relying on the masses, to a bureaucracy that safeguards the interests of the narrow interests of the Belarusian elite. The expert believes that Lukashenka to maintain his personal power will continue to seek alternate vectors and foreign policy manoeuvre between East and West.