On 20 August, Alexandr Lukashenka held a conference on the future priorities for Belarus' armed forces.

He proclaimed that “while analysing recent conflicts and wars, we understood that the most important thing for... 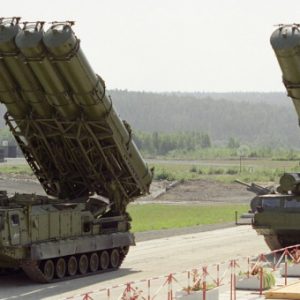 On 20 August, Alexandr Lukashenka held a conference on the future priorities for Belarus’ armed forces.

He proclaimed that “while analysing recent conflicts and wars, we understood that the most important thing for us today is air defence and an air force. Hence, if that is the key component of our armed forces, priority attention should be paid to them.”

It sounded odd against the backdrop of a Belarusian military that for years has been decommissioning aircrafts and acquiring minimal amounts of armaments. Furthermore, Minsk is no longer able to get military equipment from Moscow on favourable terms. Last week, Belarusian Defence Minister Yury Zhadobin effectively admitted that Belarus did not have enough of its own aircrafts and hence hosts a Russian air base.

The first Russian flight would come to Belarus at the end of this year, said Zhadobin. Russian Defence Minister announced their plans to establish an air base in Belarus when meeting with the Belarusian leader in April. The rapid pace of the implementation of these agreements has no precedents in Belarusian-Russian relations. This time, Moscow imposed on Lukashenka its will.

Who Wanted the Russian Base in Belarus?

Belarus and Russia negotiated for years to form the Single Air Defence System aimed at guarding the common borders of the so called Union State of Belarus and Russia. The appropriate agreement had been signed in February 2009, and Russia ratified the document already in December 2009. Yet the Belarusian ruler confirmed it by an edict only three years later, in February 2012.

The story around the Russian air base looked like it would turn out quite another other way originally. While the initial plans were still under discussion, the Russians articulated their intent to get a base. Lukashenka denied them, and Belarusian officials insisted that the negotiations concerned only supplying the Belarusian army with new aircraft. Soon thereafter, by late May, Minsk – without much enthusiasm – confirmed the original Russian designs.

The Russian air base still lacks a legislative and normative framework for its existence, as Zhadobin admitted and added that this framework had to be prepared in 2013 and 2014. A full-fledged base shall be in place by 2015. Only Moscow’s dictate could provide a plausible explanation for such a smooth implementation on the part of Belarusian government this time around.

A Russian airbase will be located in Lida, not far from the border with Lithuania and Poland, and initially Moscow is going to deploy there its most modern Su-30 fighter aircrafts. Ultimately, a whole regiment will come to Lida. At this point, Belarusian-Russian military cooperation will take on a completely new character.

For the first time, the Russian general staff articulated its designs to put, in the event of NATO enlargement, a major Russian military force on the borders of Poland and Lithuania in autumn 1995. Yet Lukashenka did not accept this option and the then defence minister Maltsau outrightly called the idea complicated. The Belarusian ruler, despite his vows to strengthen Belarusian-Russian alliance, only agreed to two Russian military bases which were already negotiated by previous Belarusian governments.

For almost the next two decades, Belarus developed its own army with ever more autonomy from Russia, even while sending its officers for advanced or specialised training to Russia. Belarus is building its small army and territorial defence forces along the lines which could not be more different from Russia with its grand military tradition.

Minsk also actively developed contacts with China and last year even obtained some military equipment from this country. Belarusian-Chinese military cooperation caused a rather negative reaction in the Russian media. This track-record of Belarusian military building in the past makes the new Russian air base even more extraordinary.

Lukashenka: The Emperor Has No Clothes?

Lukashenka resisted a larger Russian military presence. But he had to accept it and do it rapidly, even at risk of losing face. Russia does not want him as an ally, it wants him as an obedient vassal. It clamped down on Belarus’ lucrative schemes to re-export Russian oil after reprocessing it at Belarusian refineries and otherwise put pressure on Lukashenka.

Russia did not give Lukashenka new aircrafts either. One example of Russian reluctance to help out Belarusian government stands out in particular – a story concerning 18 Su-30K fighter jets which for two years have remained at the Belarusian Baranavichy Aircraft Repair Plant. Russia sold jets to India in late 1990s, and in 2008 Indians returned them to Russia in exchange for a newer type of Russian aircraft. Media and analysts surmised that the shipment of second-hand jets would be given to Minsk.

Yet Belarus could not find the necessary $270 million to pay for the jets. It tried to take a loan from the Russian Finance Ministry, yet to no avail. Finally, in June 2013, the Russian RIA Novosti news agency reported that the jets would probably go to Ethiopia.

No Free Or Cheap Arms Anymore

In the military sphere, the Belarusian government has little choice as it merely has no money for new equipment and Moscow gives less and less arms for free. Military analyst Aleksandr Alesin recently concluded after analysing on naviny.by the statements of the Russian defence minister that most probably Moscow has been persuaded to give new arms to Minsk. To get four divisions of the S-300 air defence system and finally upgrade the country’s air defence system to a minimally acceptable level, Minsk had to agree to a Russian air base.

The timetable seems perfect: both the Belarusian and Russian sides are going to exchange favours. Belarus is set to receive its first Russian fighter jets in 2013, and next year Moscow will give Minsk the S-300s, and in 2015, as a final stage of this deal, a full-fledged Russian base will begin to function in Belarus.

After all, it is of real strategic importance for Russia as Belarusians are guarding hundreds of kilometres of air space adjacent to the Russian capital. The advent of Tors was publicised as a good omen by the Belarusian government. Yet what followed was little more than business being done on behalf of the Russian defence industry.

The Russian government is now treating Minsk harshly. Belarusian isolation in the West took away from Lukashenka a lot of leverage he previously had with Russia. So far pressure on the Belarusian regime from the West failed to democratise Belarus but resulted in Lukashenka accepting something it declined to do for twenty years, namely a new Russian military base on its territory. Unfortunately, the unintended consequence of the Western pressure on Minsk is the growing presence of Russia in Belarus.

Competition for the Best Analytical Article About Belarus 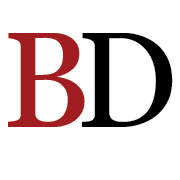 Submissions should be sent to contest@belarusdigest.com no later than 21 September 2013.

After a blind peer review by an expert panel, three prizes will be awarded from a total fund of $700. The best articles will be subsequently published on Belarus Digest.

The competition participants should:

Submissions should correspond to the following requirements:

The expert panel will take into account the following criteria in reaching their decisions: