The return of generous Russian subsidies to Belarus and the death penalty to the alleged Belarusian terrorists were among the most discussed topics discussed by Belarusian analysts. Other issues incuded migration of young Belarusians and problems of Belarusian political... 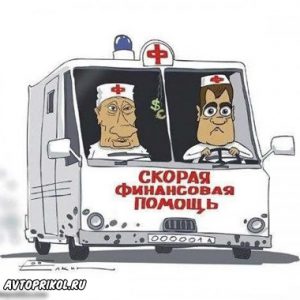 The return of generous Russian subsidies to Belarus and the death penalty to the alleged Belarusian terrorists were among the most discussed topics discussed by Belarusian analysts. Other issues incuded migration of young Belarusians and problems of Belarusian political parties with attracting new activists.

Getting the rents back in. Russia’s new bail-out of Belarus – BISS analysts Alexei Pikulik and Dzianis Melyantsou describe some reasons for Russia bailing-out Belarus now. Experts consider that "the 2011 battle for a democratic Belarus is lost, but the war is not". It means that Belarus is being dragged into the sphere of Russia's influence and the Eurasian Union will be on the agenda for the coming years. Although that does not mean the fully-fledged political absorption of Belarus into Russia, the West should redefine its strategy and recognize the facts that in order to democratize Belarus it has to offer unprecedented incentives to the country.

Sustainability of external debt in Belarus: analysis and policy recommendations. Research Center of the Institute of Privatization and Management, Minsk, released a policy paper by Gleb Shymanovich and Robert Kirchner. Foreign debt of Belarus grew more than 4 times over 2007-2010 from $6.8 billion to $28.4 billion. Authors argue that there is no econometric evidence that debt attraction influences economic performance in a positive manner. Instead, the authors found that further debt increases may suppress future economic development.

At the same time, while debt sustainability is turning into an important issue, the short-term risks are still limited. The policy paper offers a number of policy recommendations, including to fundamentally re-think macro policies and avoid debt-creating inflows; publish debt maturity on regular basis; and expand the analysis of debt attracted by state-owned enterprises.

Death penalty in Belarus – under the veil of secrecy. The author dwells upon the most pressing and striking issue of social and political life in Belarus these days – the abolition of death penalty, which she inherently advocates and concludes that the whole truth about the conditions of death penalty execution and the people executed may be revealed only after the death penalty is exterminated from the life of a society, which would help to understand the whole horror of it.

Moreover, the article reveals connections between existence of death penalty and the crime rates, as well as, economic and social problems. It is stated that the decrease in crime rate is not dependent on the possibility of being executed; however, it correlates with the increasing level of social and economic pressure.

Gender-based approach in education: from theory to practice in Belarus. Tatiana Shchurko, Agency for Political Expertise, analyses 7 books recommended by the Ministry of Education for formal gender education, all of which were published recently (2005-2011). The author concludes that, while these modern publications begin to use liberal rhetoric of “gender equality”, the content of these publications does not contain any critique of the existing gender situation in the country.

Civil Society Forum of the Eastern Partnership is developing, but hard times are coming. Head of the Belarusian delegation at the EaP CS Forum in Poznan (November 28-30, 2011) Vlad Velichko shares his impressions of its results. Velichko notes that while the Eastern Partnership has some problems with its development, CSF retains positive dynamics – the Forum adopted a new concept, discussed the issue of institutionalization, and even its registration, it was decided to establish a special working group on social dialogue. But there is another question if CSF is productive in its influencing the processes in the Eastern Partnership.

Why Belarusian youth chooses immigration? The article discusses the right and willingness of Belarusian youth to immigrate from the unavoidable “power of majority”.  On December 9th President Lukashenko covered this problem at the meeting of Belarusian Republican Youth Union. The decrease of support for the President among young people is a stable trend. They are actually divided into Europe – and Russia- oriented groups with European ones presently dominating.

Willingness to shift to another culture boosted by the unfavorable political situation and legally unrestricted possibility to immigrate are indicated among the reasons of young people choosing to “find a better life” elsewhere. It’s important to highlight that the majority of them are citizens with active civic position. All the statements are nicely statistically substantiated.

Parties are student structure, not political structures. Political analyst Andrei Kazakevich discusses the situation with the staff turnover in Belarusian parties. The lack of new people coming into the parties is presupposed by the unwillingness to commit to the lasting social risk. The management is also hardly ever changed and that is explained by the reluctance of students and young people to integrate into already created structures. They tend to found new ones without an ingrained system of promotion and established career path, which contradicts the values and perceptions of young people.

Belarus Digest prepared this overview on the basis of materials provided by Pact. This digest attempts to give a richer picture of the recent political and civil society events in Belarus. It often goes beyond the hot stories already available in English-language media.
PDFPrint
https://belarusdigest.com/story/russias-bail-out-capital-punishment-and-political-parties-digest-of-belarusian-analytics/
Belarusian-Russian relations death penalty opposition in Belarus

No Mercy For The Regime’s Loyalists 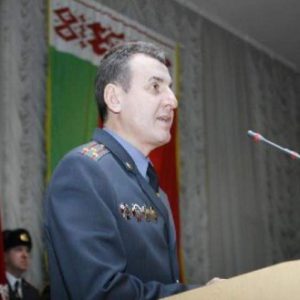 In the regime of Belarusian president Alyaksandr Lukashenka, even absolute loyalty fails to guarantee security and comfort. Last week, a military court sentenced General Ihar Azaronak to nine years in prison. The former commander of the Belarusian air force and air defense was arrested immediately after the fraudulent presidential election a year ago.

The fact that the arrest coincided with the elections provoked much speculation. But in issuing its verdict, the Military Prosecution Office quite expectedly did not cite political details, instead charging Azaronak with corruption. Because the trial was closed to the public, and the Belarusian media was unable to investigate, the details of the case remain obscure, as do the details of another recent high profile case.

One week earlier, the Belarusian Deputy Minister of Internal Affairs, Colonel Yauhen Poludzien, was also arrested in Minsk. He has been charged with abuse of power. As in the case of Azaronak, the public has been kept in the dark about the fate of one of the highest officials in the Internal Ministry. Poludzen played an active role in persecuting protesters in Belarus – but his arrest is likely unrelated to this. Rather, it follows the pattern of repressions against nomenclature established years ago.

The Environment of Secrecy and Nontransparency

By the late 1990s, Lukashenka closed most free media outlets that emerged after the Soviet collapse and criticized the more liberal policies of his predecessor, Prime Minister Viachaslau Kebich. In the 2000s, state officials were been banned from speaking to the media without the permission of their superiors. Independent media gained even less access to official comments from government agencies.

Such a closed system is particularly damaging to victims of injustice in he absence of a functional and transparent justice system. The courts apparently follow the government's orders, and there are no media channels for appealing to public opinion. Even so, Lukashenka claims to take public opinion into account. He has recently admitted to considering public opinion in his evaluation of capital punishment. Regime insiders have also acknowledged off the record that the decision to ban the gay parade in Minsk last year was taken after conducting public opinion research.

Who Has to Fear in Belarus Today?

Even among the country's nomenclature, the arbitrary nature of justice causes fear and uncertainty. Absolute loyalty to Lukashenka provides no guarantees. Colonel Poludzen was certainly loyal – he oversaw the police beatings and kidnappings of participants in the silent protests this year, and has earned a travel ban from the EU. Nonetheless, he was arrested and charged. Poludzen was not the first and certainly not the last "insider victim". In another remarkable case in 2008, the public prosecutor of the Minsk Province Mikhail Sniahir was sentenced to seven years in prison for corruption.

However, the regime insiders jailed on corruption charges have a chance to be pardoned and may even return to high-ranking positions. In 2008, for instance, the Supreme Court sentenced Alyaksandr Barouski, the Former Director of the largest state-owned oil company Belnaftakhim, to five years for "abusing his official position". But already in 2009, Barouski was appointed General Director of MAZ, a major Belarusian truck-building enterprise. A similar case of a corrupt high-level official in police department of Hrodna Province being pardoned happened last year.

Lukashenka really has many reasons to fear the nomenclature, as he cannot satisfy their growing material demands. Notably, recent amendments to Belarusian legislation which extend the powers of the security services seem to be an attempt to increase control over regime insiders, rather than a move to persecute a democratic opposition already demoralized by past crackdowns. It is possible that parts of the nomenclature, with the support of influential groups in the Russian leadership, will remove the Belarusian leader. For now, it is the foremost threat to Lukashenka's survival.

Belarusian officials do not have the guts to effectively resist the regime on their own. Their dissent could be exploited by an external force – most likely from Russia – to make Lukashenka understand his vulnerability and dependence on Moscow's goodwill. This is one of the most popular theories which explains the crackdown which followed the December 19 presidential elections last year. Its only geopolitical beneficiary was Moscow.

Under these circumstances, it would be crucial for the West to view the situation in Belarus not only through democracy and human rights lenses. The most important task at the moment is to maintain the independent existence of Belarus as a European nation. Europe should articulate other, non-Russian prospects to the regime incumbents to make them understand that they can lead comfortable lives without Lukashenka and without resorting to the illegal practices of the current regime.

After all, the uncertainty of life in Belarus and the vulnerability of Belarus' national independence is already evident even to the regime's loyalists, who also want to have guarantees against arbitrary detentions and prison terms if they play by the rules. Not a single serious political group – either within the regime or in the opposition – wants to live in a marionette state controlled by corrupt officials in Moscow. But their opinion may no longer matter because the external factors could prove much stronger.