Sanctions, Peace Talks, Bologna Process: Is There Hope for Change?

After a second attempt, on 14 May Belarus joined the Bologna process and the group of 47 countries forming the common European Higher Education Area (EHEA).

While Belarus's acceptance into the Bologna process may open up prospects for long-term... 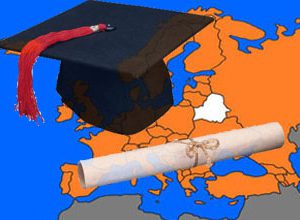 After a second attempt, on 14 May Belarus joined the Bologna process and the group of 47 countries forming the common European Higher Education Area (EHEA).

While Belarus's acceptance into the Bologna process may open up prospects for long-term improvements in Belarusian education, there should not be any illusions about the full implementation of the Bologna principles or real political liberalisation in the country.

Minsk is utilising politically neutral spheres to improve his relationship with the West. EU officials should keep this in mind that after his 21 years in power, Lukashenka has continued to play off the EU and Russia for his own sake.

Between East and West

By all appearances, the situation looks as if it is a repeat of the scenario that unfolded before the presidential elections in 2010, when a brief period of warming up between Minsk and Brussels was later shattered by mass repression after the elections in December. Since that time, the relationship has deteriorated or been consistently poor, right up until the recent thaw that has gained traction following Minsk's hosting of peace talks.

Taking sides for Lukashenka is not an easy task: too pro-West and he seems problematic for the Russian side. Too pro-Russian and he appears as if he is ready to surrender Belarusian statehood to Russia. Nevertheless, Lukashenka has been playing the balancing game for a long time and is quite good at it.

Lukashenka did not hesitate to openly call Russian trade policies “brainless” and threatened to leave the Eurasian Union when Russia limited imports on certain Belarusian goods due to Russian sanctions against the EU. Lukashenka clearly understands the vulnerability of Belarusian economy due to its overwhelming dependence on the Russian market.

Lukashenka has shown his disdain for Russia's foreign policy by refusing to recognise Abkhazia and Ossetia or join in the Russian sanctions against Europe. However, this behaviour has resulted in gas, oil and food products problems for the Belarusian economy, a sign that Lukashenka's speeches can only go so far.

He is not willing to open up to Europe either. On February 16, he clearly declared in an interview with the state-run “Russia 1” TV channel: “If you think that’s the reason [for the peace talks], that I'm turning to someone – get that rot out of your head.”

A Thaw between the West and Belarusian Head of State

Belarusian media has called the Minsk peace talks over Ukraine a great diplomatic victory for Belarus and, personally, for Alexander Lukashenka. A visit by the French President Francois Hollande and German Chancellor Angela Merkel gave grounds for Belarusian authorities to say that Minsk is the capital of Eastern European diplomacy.

It also demonstrated to the Belarusian opposition, in the wake of the presidential elections later this year, that the EU has no intentions of battling with a dictatorship in the heart of Europe in the near future.

Hosting international talks aimed at resolving the conflict in Ukraine has won Lukashenka some acclaim and served as an indicator of a thaw between the West and the Belarusian leader. The United States has lifted sanctions against Belarusneft, a state-owned Belarusian energy company, imposed in 2011 for its involvement in the Iranian petroleum sector.

Among other symptoms of the dialogue between EU and Belarus are an increase in the number of official visits to Europe by the Belarusian Ministry of Foreign Affairs Uladzimir Makei and the rumoured plans that Belaus might participate in the Riga summit “Eastern Partnership” at the presidential level. Lukashenka's participation would allow him to improve his own standing overall, including breaking through the West's wall of isolation that it has erected against Belarus.

One ex-presidential candidate in Belarus, Vitaly Rimasheusky, views the Summit as “a reflection of a new European policy – the resumption of relations with the Lukashenka regime, despite previous statements about the impossibility of having relations before the release of all political prisoners.”

Reality: the Bologna Process and Hockey

While the West has been overlooking the flaws of the Belarusian regime in the wake of the weak signals of liberalisation, Belarus has continued to play a balancing act between Russia and the West.

By focusing on geopolitical factors, Belarusian officials have been using politically neutral areas to diminish tensions in EU-Belarusian relations. Since the beginning of the Ukrainian crisis, Belarus has taken a neutral stance and has improved relations with the West simply by providing a platform for negotiations. Belarusian officials continue to garner favour from the West by agreeing to implement minimal reforms in education.

The EU gave Belarus the go ahead to join the Bolonga Process even though the educational system is still a crude mix of the old Soviet system and some external, neoliberal influences. The discourse of Belarusian authorities has not changed much since their last application to the European Higher Education Area (EHEA) in 2012 when the application was rejected. The geopolitical situation, however, was much more favourable this time around.

On the other hand, Minsk continues to respect its Eastern neighbour. After beating the United States for the first time (5-2) at the ice hockey world championship, Russia defeated the Belarusian hockey team 7-0 as a symbolic gesture for the 70th anniversary of Allied victory over Nazi Germany in World War II. It should be noted that a few days before that Russia lost to the United Stated 4-2.

Lukashenka's fifth presidential election will unlikely bring any surprises. Even though, according to IISEPS, Lukashenka’s approval has been going down since September 2014, the Belarusian leader continues to enjoy more popular approval than any other potential political leader.

With the presidential election coming at the end of 2015, Europe is counting on Lukashenka to deal with potential protests in a wiser manner. However, despite improving ties with the West, history has shown that the Belarusian leader will not hesitate to resort to severe measures to secure his position if it comes to it. 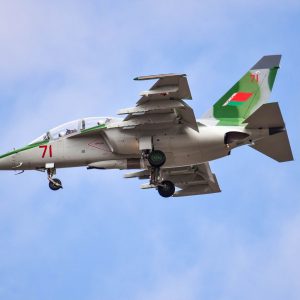 Despite the difficulties in the traditional markets of Russia and Ukraine, the Belarusian military and industrial complex has shown exhibited some positive dynamics. Belarus helps Tajikistan to secure its border with Afghanistan.

Chinese missiles are in already Belarus

Sino-Belarusian high-level contact has been rather active over the past month. On 7-10 April, Alexander Miazhujeu, State Secretary of Belarus' Security Council, visited the People's Republic of China. The parties discussed, among other things, China's support to Belarus in strengthening its defence capabilities.

The next stage of tests of Grif-1 UAVs has begun

In April, military tests of Grif-1 unmanned aerial vehicle have started. The army received one BAK-100 system, which includes four GRIF-1s and several support vehicles. After the testing is concluded, the Ministry of Defence is set to receive several more systems before the end of this year.

On 27 April, at the Belarusian air force base in Lida, the Air Force received four Yak-130s, a combat training aircraft, that are manufactured in Russia. Additionally, the Irkut Aircraft Corporation plans to supply eight more of these aircraft to Belarus. The contract for four Yak-130 has already been signed, and there is an option for four more aircraft. Belarusian officials have confirmed these plans.

The next batch of aircraft should be delivered before 2020. This option is likely to be taken up sometime after 2020. The Czech combat training aircraft L-39, ten units of which the Belarusian Air Force uses, will remain in service until 2020.

The domestic military and industrial complex is looking for new markets

On 28 April, the Board of the State Military and Industrial Committee (SMIC) met. The Board focused on the efficiency of the chief technical designers' work in developing and manufacturing new (innovative) products. It was said that presently, all of the necessary conditions had been created for the development of new types of equipment and sources for funding of for them has already been secured. However, it appeas that the chief technical designers have not been working efficiently enough.

Siarhiej Huruliou, the head of the SMIC, spoke about implementation of the projects for the development of medium-range anti-aircraft missile systems and a range of light-armour combat vehicles.

The main issue concerns the overdue receivables, especially foreign receivables. There is a high dependence on the Russian market or on a narrow range of customers to get the necessary inputs. Belarus needs to take systematic efforts to diversify supplies of works and services.

For two years already, Tajikistan has been waiting for emergency assistance from the member states of the Collective Security Treaty Organisation (CSTO) to secure its border with Afghanistan. Dushanbe has legitimate grievances due to these delays. On 2 April, at a meeting of the Council of Ministers of Foreign Affairs of the CSTO, Sirodzhiddin Aslov, Tajikistan's Foreign Minister, expressed his dissatisfaction with this state of affairs. The heads of states early adopted the decision to assist Tajikistan back in September 2013.

This initiative was to be implemented in two stages. First, the emergency assistance should have been sent, and then a special programme to reinforce the Tajik – Afghan border should have been developed. Thus far, only Belarus and Armenia have provided emergency assistance to Tajikistan. Belarus sent clothing as well as protective and survival equipment, and Armenia provided vehicles.

There has been no information about other CSTO member states providing assistance. Meanwhile, all of the Alliance members (and especially Russia) have been vocally expressing their concern about the possibility of the situation in Afghanistan destabilising, the increase of cross-border crime, and extremism in the Central Asian countries.

The level of cooperation of the CSTO members continues to be rather minimal. The parties fail to demonstrate their willingness to cooperate even on the issues that affect their own interests. Traditionally, in the post-Soviet space, high-level agreements are not binding. Meanwhile, the CSTO's concern about the developments in Central Asia has a sturdy foundation. It is not only the prospects of destabilisation of Afghanistan that raise alarm, as other issues carry weight as well.

Notably, the Soviet-era leaders still remain in power in Uzbekistan and Kazakhstan, the largest countries in the region, and the question of a transition of power after their departure remains unresolved there. Or rather, that is how it looks from the outside.