Shadow Economy, Competitiveness, Relations with the EU and Russia – Digest Of Belarusian Analytics

The new report on human rights in Belarus - the Human Rights Centre Viasna has released its monthly monitoring.

Friedrich Ebert Foundation (FES) presented four scenarios of development of relations between the EU, Russia and their common neighbours. Where is... 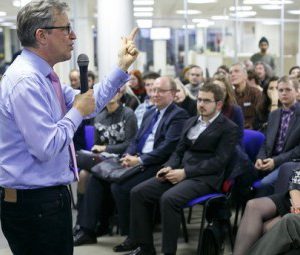 The new report on human rights in Belarus – the Human Rights Centre Viasna has released its monthly monitoring.

Friedrich Ebert Foundation (FES) presented four scenarios of development of relations between the EU, Russia and their common neighbours. Where is the place for Belarus?

Bruce Bucknell: Belarusian language may be the solution to the “Russian World” problem in Belarus – The British Ambassador delivered a public speech on the national identity within the frames of the Flying University project Urbi et Orbi. The lecture was held on 20 November and attracted about two hundred people. The video version is available

Criticising the State Isn’t Enough; We should Change the Discourse of Situation Perception – The real resistance is the production of one’s own civilization product, not just a criticism of the authorities on the part of the regime fighters, who are frozen in time. This is one of the findings of the conference “Political techniques in modern authoritarian regimes as a challenge to transformation” that took place on 27 November in Minsk. The organisers are the Centre for European Transformation with the support of the International Consortium EuroBelarus, and Heinrich Boell Foundation.​

Letter From Minsk – Strategic Europe continues the second phase of its Capitals Series exploring how EU foreign policy is viewed by six countries in Europe’s Eastern neighbourhood. They have asked the contributors from each capital to give a candid assessment of the EU’s policies toward their country, with a ranking on a scale from “miserable” to “excellent.” Andrei Yahorau, the director of the Centre for European Transformation, a Belarusian independent think tank, speaks on behalf of Belarus.

Human Rights Situation in Belarus: November 2015 – The Human Rights Centre Viasna has released its monthly monitoring on human rights situation in the country. In particular, November was marked by a continuation of the policy of ‘soft practises' observed earlier since August. During November, there were no new politically motivated cases, while a series of street protests took place without the intervention of law enforcement and without arrests of their organisers and participants.

The Shadow Economy in Belarus in a Regional Perspective – The BISS new research studies the public perception of the shadow economy and assesses the involvement of citizens in shady activities. The representative opinion poll conducted in May-June 2015 at the same time in Belarus, Lithuania, Latvia, Estonia, Poland, and Sweden. One of the findings shows that shadow employment in Belarus is the highest in comparison with other countries of the research, and can be estimated at 33% of GDP. The research was presented in the Amplituda TUT.by program.

The Global Competitiveness Index (GCI): Dynamics of the Belarus’ Position – CASE Belarus presents the study using a unique micro-data from the 2012 poll jointly run by the Ministry of Economy of Belarus and CASE Belarus. Belarus is not on the GCI list of the World Economic Forum so far. The project determines the potential place of Belarus in the GCI Report and provides recommendations for strengthening the competitiveness of the economy of Belarus based on the break-down of the potential score.

New licencing regulations in Belarus. Starting from 1 March 2016, the incense will be issued in Belarus in perpetuity. The new presidential decree also reduces a scope of paperwork and data submitted to obtain a incense.

Minsk considering borrowing $3bn from IMF for ten years. Minsk is considering the possibility of getting a $3 billion loan of the International Monetary Fund (IMF) with a 2.28% interest rate for ten years. Belarus president Alexander Lukashenka said, "no one, including the Russians, has given us loans under such interest rate". Belarus is interested in the IMF loan, taking into account the national interests, Lukashenka stressed.

Monitoring of economic transformation. Since January 2016, IPM Research Centre in cooperation with TUT.BY and IPM Business School launches publication under the KEF new regular newsletter – "Monitoring of the Belarusian economic transformation and business confidence." The structure is based on the road map of reforms presented by the First Deputy Economy Minister of Belarus Alexander Zaborovsky at the recent KEF conference "Economy of Belarus: At a Tipping Point". According to the KEF newsletter

Lukashenka: It is necessary to move a little and strain. On 7 December at a meeting on the budget and monetary policy for 2016, president Alexander Lukashenka warned the government of the experiments in the economy. Lukashenka is confident that the Belarusian economy is absolutely competitive in terms of price and quality.

Belarus-EU visa facilitation agreement ready for signing. This statement was made by Gunnar Wiegand, Deputy Managing Director for Europe and Central Asia of the European External Action Service (EEAS) during a press conference under the EU official visit to Minsk on 9-10 December. The official also reported that EU set to double financial assistance to Belarus next year, allocating its funds for programmes aimed at building the country’s competitive capacity and creating new opportunities for economic and regional development. 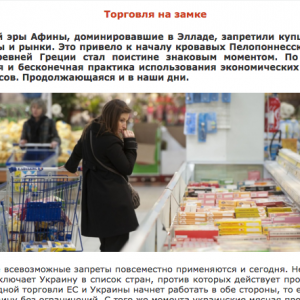 Belarus rejects accusations from Ukraine officials claiming that it has joined the Russian food embargo against Ukraine. Visa facilitation between the EU and Belarusan is likely to succeed, but the extent of the programme will depend on Belarus' commitment to reform.

The Belarusian agricultural sector suffers from lobbyists who constantly force the government to raise tariffs and prices. Hightech Park becomes one of the most profitable enterprises in Belarus, moving ahead of the industrial giants. Men who cannot serve in the army due to religious reasons will be given the opportunity to participate in an alternative civilian service starting from 2016.

All of this and more in the new edition of the Belarus State Press Digest.

The government bans price hikes at Christmas time. The Ministry of Trade ordered the local authorities and state-owned industry to deter deliberate price hikes during the Christmas and New Year holidays, Belarus Segodnia reports. The government is trying to protect citizens from dodgy traders, who use the holiday shopping frenzy to make big profits. Price regulation remains one of the authorities' instruments to show their concern for social equality, a policy which international creditors have always been critical of. 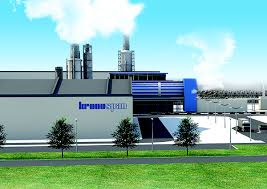 Furniture industry cluster will appear in Smarhoń district. Belarus' Segodnia covers the investment forum which took place in Smarhoń, Hrodna region. The forum gathered around 50 Belarusian and foreign businessmen who deal with furniture. The event organisers – Kronospan company, Hrodnainvest free economic zone and the local authorities – plan to create a cluster with tax and duty privileges for export-oriented furniture businesses. The authorities are ready to offer 520 hectares of land for the cluster.

Belarusian Hightech Park will make a superprofit of $800m this year. The director of the Park Valier Capkala tells Soyuznoye Veche the history of the park's success. Companies in the park make a larger contribution to GDP than the industrial giants MAZ, BelAZ, MTZ and Gomsielmaš put together. The administration of the park receives 1% of the profit, translating into $8m this year. The park plans to open a branch in the city of Hrodna. While previously a brain drain of IT specialists was widespread in Belarus, today the park management has created comfortable conditions for young workers. Ten of the park's companies this year appeared on the Software 500 global rating.

Agricultural producers suffer from other institutions' lobbyists. Sieĺskaja Hazieta publishes an interview with Sluck district chief executive Andrej Jančeŭski on problems in the agriculture sector. The official criticizes the management system of the sector in Belarus and accuses many state agencies of lobbying their interests, thus damage agricultural production.

Processing enterprises, machine builders, energy producers, and pubic utility organisations always lobby for an increase in prices and tariffs. Meanwhile, the purchase price of agricultural production has remained at the same level for years. This is because village workers do not receive the same kind of protection from the government. The Ministry of Agriculture, on the contrary, accuses the villagers of carelessness, mismanagement, and a lack of initiative.

Belarus does not support Russia's food embargo against Ukraine. Narodnaja Hazieta criticises the rhetoric of Ukrainian officials who claim that Belarus has joined the Russian food embargo. Moscow plans to impose the embargo on Ukraine in 2016, when a free trade zone will become effective between Ukraine and the EU. Belarus has recently introduced obligatory sanitary inspections for imported products as part of Eurasian Economic Union law, which some voices in Ukraine have dubbed “joining Russian sanctions against Ukraine”.

The Belarusian side explains that the regulation has been introduced for all imports regardless of the country of origin. Director of the Centre for European Integration Jury Šaŭcoŭ opines to the newspaper that Ukrainian officials chose this confrontational rhetoric because their country remains in deep crisis and they are trying to use all means possible to defend their positions.

Belarusians will get cheaper Schengen visas. Respublika newspaper discusses the upcoming facilitation of a visa regime between Belarus and the EU, which the two sides are currently negotiating. Today, Belarus stands 67th in the freedom to travel rating and remains the last country to pay a visa fee of 60 euro in Eastern Europe.

According to representative of the Warsaw-based Stefan Batory Foundation Krzysztof Mrozek, the degree of facilitation has a lot to do with the political will of the EU partner. A mutual understanding between countries could bring Belarusians a reduction in visa costs, while a more comprehensive reform of institutions and mutual commitments could pave the way for a visa-free agreement. 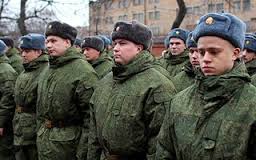 Belarusians will be able to work in an alternative civilian service instead of the army. Znamya Yunosti explains the details of the new law on Alternative Civilian Service, which will become effective in 2016. Currently young men who cannot serve in the army because of religious creed have no right to refuse conscription.

Vocational education in the Viciebsk region experiences a difficult time. Vitsebskiye Vesti newspaper analyses trends in the educational sector. The population is declining and working professions are becoming unpopular among the youth, while higher education is more and more pervasive. Moreover, Belarusian industries are experiencing problems and cannot provide all graduates with jobs. The authorities have started to reorganise the vocational education system, and to date the number of schools in the region has reduced by 30%. Currently around 13,000 people study in the vocational schools of Viciebsk region, while five years earlier 18,000 did so.