Despite unfavourable environment, Belarusian NGOs continue to launch various initiatives and campaigns in Belarus. Most of initiatives relate to education, human rights and social issues. However, conferences on political issues have to take place outside of the country -... 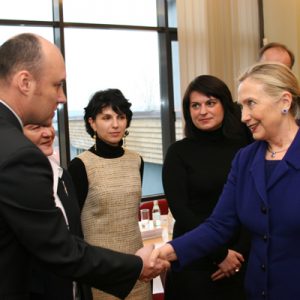 Nomenclature and the Hope for Democracy in Belarus 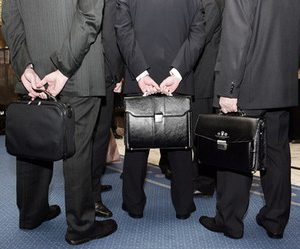 The latest agreements with Russia have saved the Belarusian regime at the most critical point in its existence. Now Minsk has to pay a big price for it by giving Russia more leverage in Belarus. But it had no choice: this summer and autumn Lukashenka's state was in its most precarious position since the 1996 coup d'etat. Only the weakness of the opposition let it survive. Meanwhile, the hard times have demonstrated cracks in the Belarusian establishment.

Since the late 1990s, nothing of this kind has ever happened. If some high-ranking official challenged regime policies – for example, Kazulin or Marynich – he first left for the opposition. In the last two months, however, the 'rebels' managed to stay in their positions. The hot topic was economic policy.

Last month the Ministry of the Economy and the Cabinet, including the prime minister, personally attacked Sergey Tkachev, the presidential aide for the economy, a powerful figure in Belarusian politics, where somebody's influence is linked to his or her closeness to Lukashenka. It is hard to imagine a more unlikely rebel than Prime Minister Mikhail Myasnikovich – a Soviet-era bureaucrat with no outstanding features as a politician. Other critical voices belonged to people without any dissident affiliation – Vice Prime Minister Siarhei Rumas and Minister for the Economy Mikalai Snapkou.

Not All The President's Men: What Regime Insiders Want

Despite their loyalist background, they rebelled and even created the illusion of an almost public political struggle in a country where the opposition is in disarray and an entire society has for years lived under tight control. Some commentators hurried to dismiss the whole conflict as irrelevant to national political development since, after all, everyone involved in this story was a proven follower of Lukashenka.

Yury Drakakhrust of Radio Liberty, however, stated that there were a lot of examples of regime change in the world with transformation starting as quarrels among loyalists. For example, Mikhail Gorbachev's 'perestroika' started along Communist party lines, yet finally derailed the whole Communist system.

The mutineers in the Belarusian government demanded little; they simply proposed to critically examine a dire situation in the Belarusian economy – huge inflation, lack of money and eagerness to print it in order to finance doubtful state programs. It is hard to even say they asked for liberalization, as it was rather an attempt to open eyes. Siarhiej Chaly prophesied that such rows would continue as the level of rationality in Belarusian economic policy rose as well. However, once Moscow has given money and subsidies to Belarus, Lukashenka will have more opportunities to shut down such critics for a while.

The breaking lines in the cabinet emerged along some symbolic splits. The prime minister's group confronted not only the presidential aide for the economy, but also ideological hardliners like Anatoli Rubinau who supported a voluntary line of financing of state expenses by essentially printing more money.

Curiously, one of the most outspoken among hardliners was another vice prime minister – extremely pro-Chinese Anatol Tozik, former ambassador to Beijing. Lukashenka already tried this summer to enlist Chinese expertise and help, apparently looking for an opinion more aligned to his beliefs than what the IMF mission has proposed. The Chinese did propose to take foreign currency away from common citizens, but failed to help financially.

This time, the Belarusian leader, quite predictably, was much closer to the hard line group as he lashed out against pragmatists around the prime minister and demanded that the government give up the idea of revising the working plans for lack of funds and implement all the tasks as they were initially set.

There is no reason to doubt that the Belarusian regime is currently undergoing a radical transformation – it cannot be otherwise in the aftermath of the collapse of its political economy following Russia stopping Lukashenka's lucrative oil deals with Western Europe. Its gradual evolution from personal rule towards more loose authoritarianism and competition between clans is quite natural; according to existing scholarship, such regimes always evolve this way. In addition, Lukashenka has had only ad hoc charisma and failed to create his personal cult. Therefore, in the context of the current economic hardships, no one can expect that regime insiders will stay loyal to their lord out of faithfulness.

Democratisation will not be achieved over night in Belarus. Even the Ukrainian Orange revolution brought out a contradictory balance, and Ukraine requires years to change, although it has never been under such tight control in the way Belarus has experienced for years. One of the most important problems in Belarus is the weakness of its democratic opposition. In such circumstances, to oppose Lukashenka's system, one has to work with people who may have a murky background and unsympathetic positions – with regime incumbents.

Western sanctions, isolation and lack of Western contacts with the Belarusian nomenclature might be dangerous for Belarus as an independent nation, argues Dzianis Melyantsou of the Belarusian Institute for Strategic Studies. Having run out of options, on 25 November Lukashenka signed agreements with Russia which endangered national interests, but which were also against the pragmatic interests of the EU and Western democratic hopes for Belarus.

If Belarusian incumbents have no other options they will also turn to Moscow and follow increasingly authoritarian political trends there. Yet ideologically a number of them are unable to resist the benefits of the West, and while denying democracy and human rights to their own people, they nevertheless try to send own children to the West to study and enjoy a better life.

Belarusian political scholar Yury Chavusau points to recent unconventional behavior inside the establishment as a factor which facilitates a new rapprochement of Lukashenka's regime to Russia.

The fundamental difference in attitudes to property and political power displayed by Belarusian and Russian ruling elites made impossible the integration of both regimes in 1990s. … Now, the Belarusian ruling group's attitude to economics and personal fortune is seemingly forming according to the Russian example: special services' generals in our country wish not merely to 'control' business, but also really and legally run it.

Accordingly, it can help a new integration project with Russia as Belarusian elites are becoming more compatible with contemporary Russian elites' attitudes and values.

Of course, the West can keep demonstratively punishing the Belarusian regime, but it should beware of the consequences, especially linked to Russian influence. And it is pointless to lash out at Minsk while engaging with much more repressive Azerbaijan and Kazakhstan. Such engagement of Belarus would not be a betrayal of any democratic values. It would be politics – struggling for an aim with available means. Isolation and sanctions have proved so futile not only in Belarus but throughout the world; Iran and Iraq are the most prominent cases.

Of course, engagement with the regime should follow engagement with the people of Belarus, and not precede or replace it. More exchange and cooperation projects in all fields as well as the complete removal of visa and travel restrictions with Belarus will cost the EU littlebut will undermine years-old Belarusian dependence on Russia at a grassroots level.

Belarus has never been a serious problem for the EU as far as illegal migration or criminality is concerned. Regime insiders want their chance to go West and common Belarusians need to see a clear European alternative.