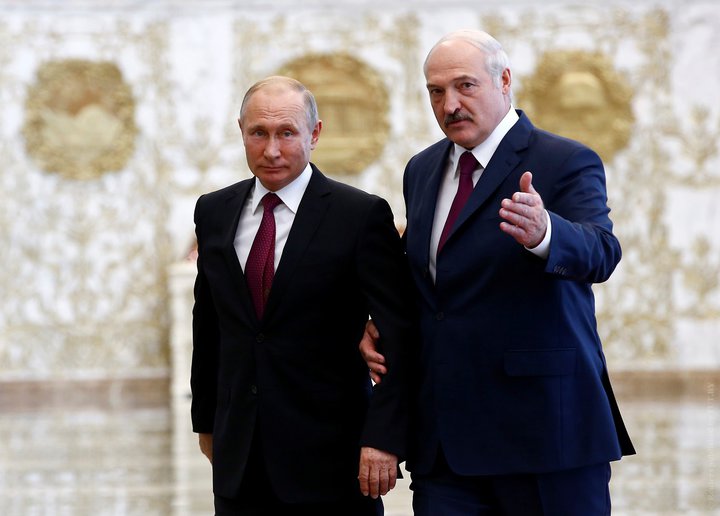 On 15 May, Diego Maradona, legendary football player and World Champion in 1986, signed a three-year contract with the Belarusian club, Dynama Brest. Back in 2016, the club announced that the United Arab Emirates-based company, Sohra Overseas, had become the team’s main sponsor, making Dynama Brest one of the few private football clubs in Belarus. […]

Last month, in a speech to the Belarusian parliament, Alexander Lukashenka expressed dissatisfaction with Belarusian airlines. The president questioned the absence of low-cost flights in Belarus and Belarusians’ extensive use of Vilnius, Warsaw and Kiev airports. This issue – discussed by Belarusians for several years – has been problematised by Lukashenka for the first time. […]

Zrobim! environmental campaign opens its sixth season. Bike Carnival will be held in Minsk on May 12. Death penalty discussion resumes. Organizers of the annual Chernobyl Path rally start a local fundraising campaign. Amendments to media law pass first reading in the parliament: BAJ suggestions not considered so far. BAJ monitoring report: in 2017, the […]

In March 2018 several Belarusian media reported the shocking treatment of homeless animals in Babruisk. Staff members at the animal shelter, which has been nicknamed the “death camp”, allegedly applied the euthanasia drug T61 on unsedated animals, causing immense suffering to thousands of cats and dogs. The volunteers from a Babruisk-based animal protection society, “Goodness”, […]

The Ostrogorski Centre presents a new analytical paper ‘Belarus-Lithuania Relations: Common Interests and the Nuclear Dispute’, written by Ryhor Astapenia. The paper aims to improve mutual understanding between Belarus and Lithuania. The relations between two countries deteriorated when Belarus officially started the construction of a nuclear power plant (NPP) on the border with Lithuania in 2013. […]

On 20 March 2018, Metropolitan Pavel (also known as Georgy Ponomarev) – the Metropolitan of Minsk and Zaslaŭje, and Patriarchal Exarch of All Belarus – stated his wish to organize the visit of Patriarch Kirill of Moscow to Minsk. He scheduled the visit to follow on the heels of Pope Francis’s visit to Vilnius. Some see this as […]

On 10 April, Alexander Lukashenka met the heads and staff of the largest state-owned Belarusian media. He stated that they could not work in the old fashion any longer and called for a new era in their work. In February Lukashenka replaced the heads of the key official media, bringing in young loyalists in place of […]

Belarusian civil society celebrated Freedom Day in the heart of Minsk on 25th March thanks to a massive and successful fundraising campaign. Grassroots fundraising may be uncommon in Belarus, but a steady trend for the success of such campaigns has emerged. During the Lukashenka era, the state has generally viewed civil society organisations (CSOs) with […]