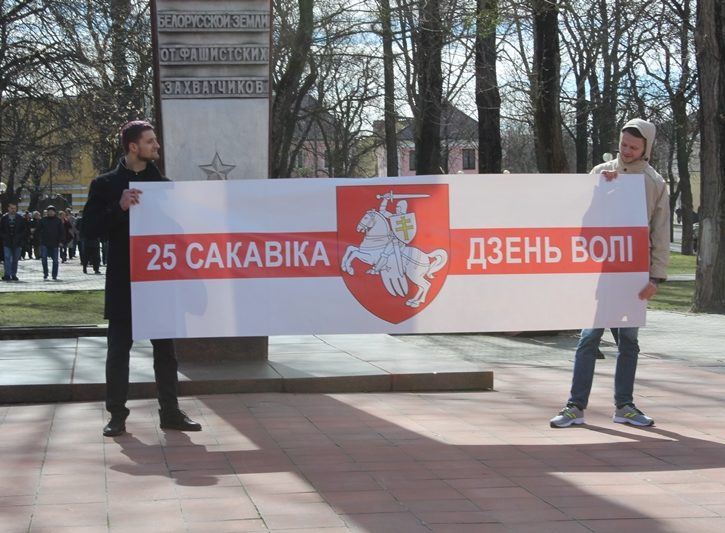 A campaign aiming to improve the situation in prisons and help former prisoners kicks off. Nashe Mnenie expert network finds out that the value of rights per se has grown significantly for Belarusians. TUT.BY chief editor Maryna Zolatava to stand trial in BelTA case on February 12. Mediakritika.by portal kicks off an online project about fake news. The […]

On 2 January 2019, a website for the digital registration of foreigners staying in Belarus for more than five days went online. Until now the majority of foreign nationals have needed to visit a local Belarusian Citizenship and Migration Department office. The new initiative represents the latest successful step from the Belarusian authorities to simplify the […]

Belarus finds itself in another conflict-in-progress with Russia, with a growing wave of Russian information attacks on Belarus. Belarus lifts restrictions on the number of US diplomats in Minsk, however, a breakthrough in Belarus-USA relations remains unlikely. Belarus’s economic growth will slow down in 2019/2021. Belarus has got potential for reducing the generation of waste and […]

Since gaining independence, Belarus has never participated in proper investor-state disputes. Nevertheless, in late 2017 and 2018, Belarus faced a record-breaking three investment arbitration claims. A Dutch investor in a Belarusian financial institution and two Russian investors in the Belarusian manufacturing registered their claims against the state. All three investors accused the Belarusian government of […]

In December 2018, Alexander Lukashenka and Vladimir Putin held a series of tense meetings about compensating Belarus for Russia’s latest oil tax reform.  The Russian tax “manoeuvre” foresees a decrease in export duties on oil and an increase in tax on the extraction of natural resources. The manoeuvre will inevitably result in the Belarusian refineries receiving […]

Traditionally Pact highlights some of the most prominent developments in and affecting Belarus civil society. Belarus Digest publishes the top ten list below. Soft “Belarusization” of the Year: BNR#100 A large-scale celebration of Freedom Day dedicated to the 100th anniversary of the Belarusian People’s Republic (BNR) took place on March 25, in front of the […]

In 2018 Belarus Digest readers particularly interested in our articles on Belarus visa issues, security as well as the relations of Belarus and Russia. Belarus Digest team wishes its readers a healthy, productive and happy new year! Here we compiled our top 10 most read stories published in 2018. 1. 10 days visa-free: a new stage […]

2018 witnessed huge changes in the Belarusian government. In August, President Alexander Lukashenka dismissed the prime minister, three deputy prime ministers, three ministers and the chairman of the State Military-Industrial Committee. At the same time, commenting on the government reshuffle, Lukashenka said that his decision was far from spontaneous. While criticising the previous government, the […]

Persecution of journalists increases in Belarus. The head of an independent trade union leaves his post amid pressure. Criminal prosecution continues against the chief editor of TUT.BY. Belarusians raise money for the reconstruction of the 14th-century Kreva castle. Picketing the scandalous restaurant in Kurapaty continues already 6th months. Minsk hosts the first large congress of […]

Amid the Belarusian presidential election in 2020, it is unlikely that significant steps will be taken towards political liberalisation. After the lifting of Western sanctions in 2016 against Lukashenka and several Belarusian officials, there has been no improvement in the human rights situation in Belarus. The authorities are likely to maintain pressure on independent online […]

The UCL School of Slavonic and East European Studies, the Ostrogorski Centre and the Francis Skaryna Belarusian Library and Museum in London invite proposals from established academics and doctoral researchers for individual papers and panels discussing various aspects of contemporary Belarusian studies. The conference will serve as a multidisciplinary forum of Belarusian studies in the […]

The 8th Belarus Reality Check took place on October 22, 2018, in Vilnius, Lithuania. The event gathered leading Belarusian and international experts and practitioners to discuss the latest political, economic and security developments in Belarus and to provide evidence-based analysis and balanced policy advice. This non-paper is the result of the meeting as well as […]

Belarus’s geopolitical importance grows amid the autocephaly of the Ukrainian Orthodox Church. Alexander Lukashenka meets American analysts in Minsk. Eurasian Development Bank warns Belarus of risks. Belarusians no longer expect free benefits from the government. Belarus climbs up to the 37th position in Doing Business. PACE calls on Belarus not to issue Astravets NPP license. The number of […]

In August-October 2018, Belarus and Russia held difficult negotiations on duty-free supplies of crude oil and oil products for the remaining part of 2018 and for 2019. Russia insisted that in order to receive concessions in future, Belarus had to supply oil products produced from Russian oil only through Russian ports. Belarus, on the contrary, […]