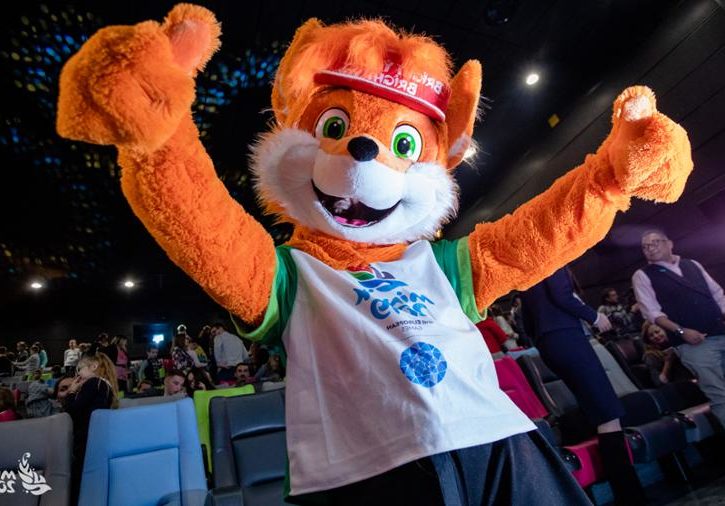 In preparation for the European Games 2019 on the 21st of June, Belarus has already spent the double compared to the planned budget – $112m for ceremonies, repair, volunteers, and other expenses. Belarusian authorities argue that the games will promote Belarus, and unite Belarusians. In addition, the government decided to introduce a month-long 30-days visa-free […]

On 30 April Russia replaced its ambassador to Belarus. The outgoing Mikhail Babich, who was only appointed in August last year, repeatedly stoked controversy and this may account for his short tenure in the role. The appointment of Dmitry Mezentsev to the post may smooth day-to-day bilateral relations, though it will not have any effect […]

The Ostrogorski Centre presents a new analytical paper ‘Reforming the Research & Development Sector in Belarus: Challenges and Possible Solutions’, written by Andrei Kazakevich and Kiryl Haroshka. The paper primarily based on suggestions made during a conference on reform of Belarusian higher education held on 27 December 2018 in Minsk, organised by the Ostrogorski Centre. Dedicated to the […]

On 14 April almost 1,000 people in Brest protested against the construction of a battery factory. During the past year similar protests took place in Astravets, Brest, and Svetlahorsk; all against environmentally-harmful enterprises threatening neighbourhoods with dangerous factory emissions. However, as with other non-political protests, the authorities reacted in all of these cases with either silence […]

The Ostrogorski Centre presents a new analytical paper “Plagiarism among Belarusian students: Contributory factors, consequences, and solutions”, written by Vadim Mojeiko and Piotr Rudkouski. The paper primarily based on suggestions made during a conference on reform of Belarusian higher education held on 27 December 2018 in Minsk, organised by the Ostrogorski Centre. Dedicated to the issues of higher […]

The reduction of oil dotations from Russia: a catastrophe for Belarus?

On 12 April, tut.by reported that Belarus has pushed for an urgent modernization of it chief refineries in Navapolatsk and Mazyr to minimize the losses from the reduction of Russian oil dotations via the ‘tax manoeuvre’. However, if Russia reduces oil dotations in 2019, catastrophic consequences should not follow for Belarus. Belarus will disagree to concede […]

It is my pleasure to present you with an overview of our activities in 2018. It has been a successful year with the Ostrogorski Centre serving as a hub for producing articles, policy papers and events relevant to the transformation of Belarus. In 2018, education-related work moved to the core of the Centre’s activities. Following […]

On 5 April 2019, the Russian Ambassador to Belarus Mikhail Babich informed that Alexander Lukashenka and Vladimir Putin agreed to conduct further consultations on the inter-state integration. However, both Belarusian and Russian media continue discussing the possibility of the Belarusian ‘anschluss’ by Russia. Moscow believes that Belarusians do not want to lose its independence, but […]

On the morning of 4 April tractors began digging up 70 wooden crosses at the Kurapaty memorial site on the outskirts of Minsk. Police detained 15 activists that came out in protest. Later the same day around 200 people gathered in the Kurapaty forest to commemorate the victims of Stalin’s mass execution at the site, […]

Analytical paper: The modernisation and development of Belarusian HEIs based on the entrepreneurial university framework

The Ostrogorski Centre presents a new analytical paper ‘The Modernisation and Development of Belarusian Higher Education Institutions Based on the Entrepreneurial University Framework’, written by Radzivon Marozau. The paper primarily based on suggestions made during a conference on reform of Belarusian higher education held on 27 December 2018 in Minsk, organised by the Ostrogorski Centre. Dedicated to the […]

2018 saw two important developments for the Journal of Belarusian Studies. We welcomed Alena Marková from Charles University in Prague and Siarhei Bohdan from Free University of Berlin as the Journal’s co-editors. Second, the Journal has been accepted for inclusion in the SCOPUS database, the world’s largest citation index of peer-reviewed literature. This will no […]

Belarusian Freedom Day 2019: are the authorities warming to the idea?

On 23 March Hrodna, the Western city in Belarus, hosted Freedom Day celebrations. The occasion attracted up to 5,000 people. Although the authorities officially allowed the celebration of the alternative independence day for a second year, it is still too early to hope that this represents liberalisation in the country. Permission for the celebration in Hrodna […]